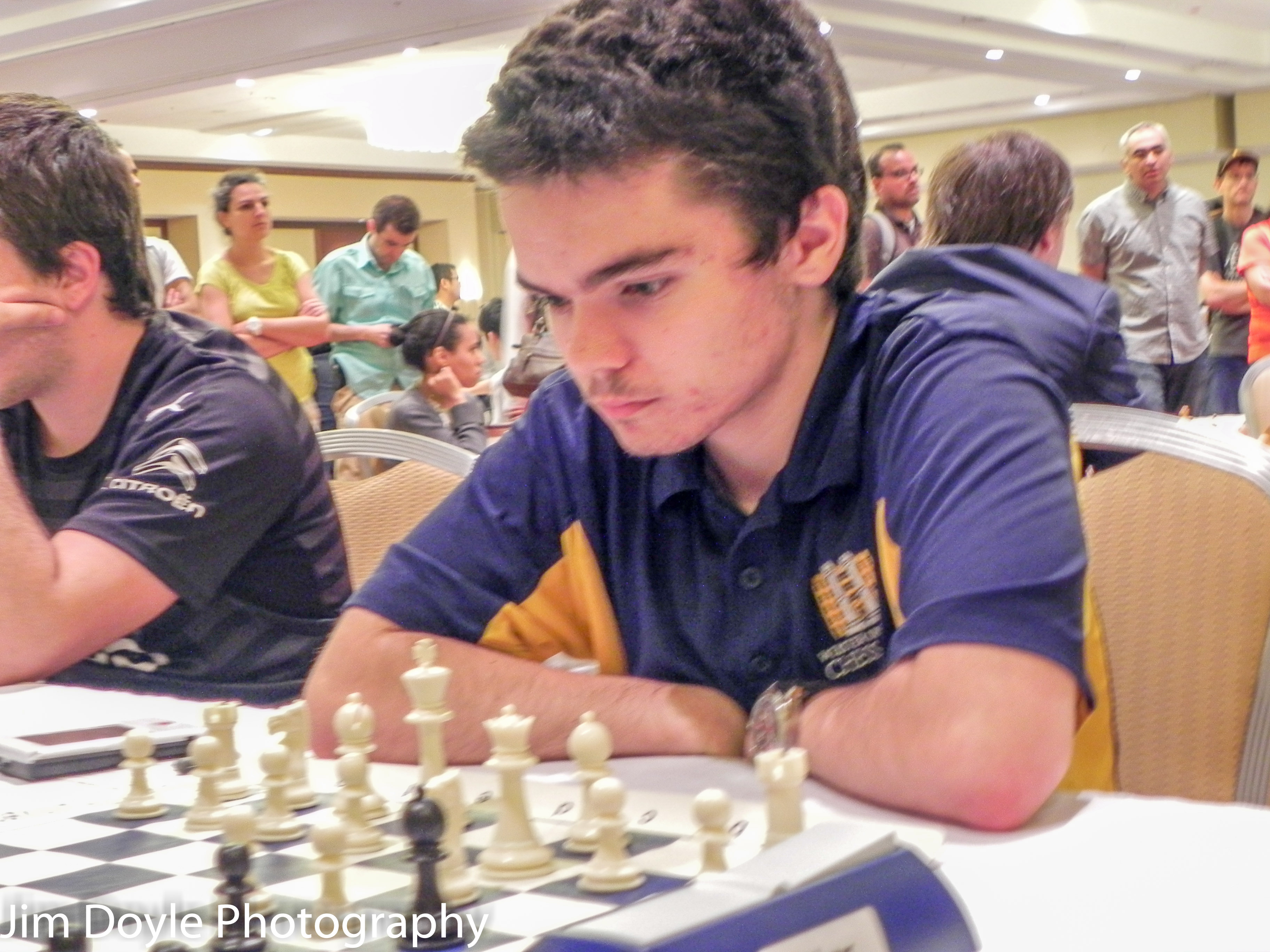 The main event of the World Open concluded July 4th, but there was still much chess to be played.  Normally the side events are held in the week prior to the World Open but this year due to what day of the week July 4th fell on and hotel availability, the side events were held the week after.  In the week after the World Open, there were five “slow” chess tournaments including several with titled players. Before moving on to the classical side events, I will note the World Open Blitz Championship.  The event was held in two sections with a total of $3000 guaranteed prizes and 165 players.  There were 16 players over 2500 including 12 GMs!  GMs Illia Nyzhnyk and Yarosla Zherebukh scored 8 ½ out of 10 to win the event and take home $400.  After staying up until nearly 3 AM, for the Blitz, many of the players and TDs started all over again the next evening with classical events! The flagship side even was the Philadelphia International.  Sixty players attended this event and it was strong enough to qualify as a Super swiss.  Of the 59 FIDE rated players there were 31 foreigners representing 17 separate FIDE federations.  There were 9 GMs, 10 IMs, 8 FMs, and 1 WIM.   While the tournament was not as large as the World Open where 10 norms were achieved, there was one norm achieved and many players were in contention for norms right up until the end of the tournament.  The one norm achieved was by IM Priyadharshan Kannappan from India.  This is his third GM norm.  He also won $700 for finishing in the tie for 3rd place.  Interestingly, he started somewhat slow with 2 ½ out of 4.  However, he won 4 of his last 5 games to secure the norm.  He needed to win the last round against GM Reynaldo Quevedo to get the norm.

The two co-champions of the International started as the top two seeds, drew each other and each finished with 5 wins and 4 draws to take $2250 for their 7-2 score.  Fresh off a tie fir first in the World Open, GM Alex Shimanov was the first to finish only needing a quick last round draw to assure a tie for first.  Shimanov played a tough field defeatining GM Quevedo, IMs Gorovets & Aldama and only seeding draws to GMs Bachmann, Popilski, Jiminez and IM Kannappan.  In round 8 Shimanov defeated IM Andrey Gorovets who achieved his 3rd GM norm in the World Open the week before.  In the two weeks Shimanov finished with 10 wins 8 draws and no losses and picked up just over $8000 and 20 rating points! The other co-champion Alex is GM Alex Bachmann.  He needed to win his last round against GM Victor Mikalevski in order to catch Shiminov and he proved up to the task.  Enroute to his first place finish Baxchmann defeated GMs Mikalevski, IMs Gorovets and Bora and ceded draws to GMs Shimanov, Popilski, Jimenez and IM Sarkar. One of the other top rated IMs chasing a GM norm was IM John Burke.  His 6 points were not quite enough for the GM norm and finished in a tie for 7th-9tth.  In the first round, he sacs a piece against FM David Peng and chases his king all over the board before delivering checkmate. One of the features of these International’s is the ability to play strong players every single round.  This draws non-titled players not seeking norms or prizes, but seeking the opportunity just to play strong players.  One such entrant is Gary De Fotis.  He has been a master before reaching over 2300.  His FIDE rating was only 1985 placing him as one of the lowest seeds, but he finished with an even score of 4 1/2 points!  In round 8, he has an equal position against NM Siddharth Banik.  After Banik makes an innocuous move, the position goes from completely equal to completely winning for De Fotis. Steve Immitt was the chief arbiter assisted by Bob Mesenger, Manuel Nieto, Jon Haskel and David Hater. The next major side event was the World Open Senior Championship.  Senior championships seem to be gaining in popularity as many states now have a Senior Championship, USCF has a National Championship for seniors and FIDE has a World Championship for Seniors.  This event was open to players 50 or over and had a choice of either 5 day or 3 day schedule and offered a $3000 guaranteed prize fund.  Three GMs and an FM entered the 5 day schedule.  The crucial round in the 5 day schedule occurred before the merge.  GM Lawrence Kaufman had white against GM Joel Benjamin on board 1 while FM Ian Findlay had white on board 2 against GM Niaz Murshed.  The two GMs on board 1 while Murshed defeated Findlay to emerge as the only perfect score at the merge.  Meanwhile in the 3 day schedule Gregory Nolan emerged as the only perfect score. In the merged round Nolan had white against Murshad.  Murshad won emerging as the sole perfect score after four rounds. This setup the critical game of the tournament in the penultimate round. The two top seeds playing on board one.  Murshad had white versus Benjamin who was half point back.  It appeared the game was headed for a draw.  Benjamin admitted the game was a bit messy, but it ultimately determined the championship as Benjamin came from behind to take the lead going into the last round.  Can you spot the tactic GM Benjamin used to defeat GM Murshad?

Here is the full game:

In the last round Benjamin played Leroy Hill a retired Air Force sergeant and former frequent competitor in Armed Forces Championships.  Higher rated by over 500 points, Benjamin won the game and pocketed clear first and $1550.  Murshad was paired against GM Kaufman (who earned the GM title by winning the Senior World Championship in 2008).  Murshad won to finish 5-1 and take clear second and $800. A class player deserving some mention is John Mac Arthur who scored 4-2 and split the Under 2250 prize with James Larson winning $450.  Mac Arthur is a former National Master so winning an Under 2250 prize is not shocking.  His only two losses were to FMs Karl Dehmelt and Ian Findlay.  In round 5, Mac Arthur punishes some opening inaccuracies made by Gregory Nolan. The tournament was directed by David Hater assisted by Bob Messenger and Bill Goichberg. 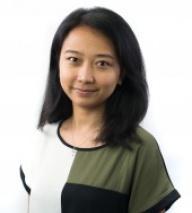 The next major side event was the Women’s Championship.   IM Irine Sukandar outrated the 11-player field by several hundred points and cruised to a 5-0 victory and won $1000.  Even though she only gained three rating points, it was enough to raise her USCF rating over 2500 for the first time.  Her only real competition in the tournament was second seeded WIM Nino Melashvili.  They played in round 3 with Sukandar coming out on top.

Melashvili finished 4-1 in clear second and won $500. David Hater directed the event assisted by Bob Messenger. One of the minor side events was the Under 2100 section.  There were 21 players competing for a $500 guaranteed prize fund.  In the end two players finished undefeated with 3 wins and 2 draws and won $150 each.  Travis Miller from Idaho and Naman Kumar from Florida both turned in fine performances and picked up a lot of rating points in the process. The Under 2300 section was perhaps the most disappointing side even attendance wise.  Originally there were four entries but 1 dropped out before round 1 and 1 dropped out after round 1 due to the low attendance! It was only late entries and house players who saved the tournament. The final crosstable shows 12 different players, but 6 were house players who only played 1 game!  Four of the six players who completed their schedule shared in the $500 guaranteed prize fund.  If it were not for the house players, we would have had trouble coming up with legal pairings for the event!  Rounds 1 and 2 only had 2 non-house players playing, rounds 3 and 4 had 4 non-house players playing games and only the last round had all six players paired on three boards!  Class A player Robert Gist entered the tournament late with a half point bye in round 1 (after he saw the prize fund and not many players) and scored 3 ½ out of 4 in played games to finish in clear first place at 4-1 and win $200.  The second place winner was the only one of the original four entries who completed the schedule.  He won the $110 U2000 prize.  The second place was interesting.  A Nigerian player with a 2000 rating also saw the guaranteed prize fund.  He entered with two half point byes.  He beat an unrated (post tournament ratings show a nearly 2000 rating point difference), drew Gist and then forfeited the last round, but still won $95.  Such strange events occur with guaranteed prize funds when nearly nobody shows up! The event was directed by David Hater assisted by Bob Messenger and Bill Goichberg. The last side event was a scholastic even for players aged less than 13 years old.  There were 140 players in four sections.  Each of the top section winners received free entries for future CCA events.  This may have drawn some of the stronger players particularly in the open section which offered six months of free entries.   The open section had 28 players and 5 were rated in the 1800-2000 range.  In the end the top seed won the even on tiebreaks with an undefeated 5-1 score.   Shawn Wang started as the top seed with a pre-event rating of 1946.  However, he was in trouble or even losing the two games that he drew.  His third round draw against A player and third place winner Charles Hua was a very interesting game. The other co-champions was Nikil Hakeem.  After scoring a forfeit win in round 1 and being paired down in round 2, Hakeen was 2-0.  Hakeem was the tournament’s sixth seed, but there was over 100 (and in some cases nearly 300 point rating differences between him and the top 5 seeds.  Hakeem was paired up the last 4 rounds to the 1st, 3rd, 4th, and 5th seeded players.  He scored 3-1 losing only to Wang.  He picked up 117 rating points the second place trophy and a book donated by the late IM Dr. Danny Kopec. Daniel Shen started as the top seed in the Under 1400 section and scored 6-0 picking up 116 rating points in the process.  Jack Yang was the only 5-0 in the Under 1000 section going into the last round.  He lost the last round but still finished first on tiebreaks and was joined in the tie by Amogh Kollipara George Stevens and Chandler French.  The Under 600 section was won by Declan Kennedy with 5 ½ out of 6. David Hater directed the event assisted by Jabari McGreen and Andy Rea. Full tournament details of all World Open events, including many games can be found at www.worldopen.com. All previous Continental Chess crosstables can be found at the Continental Chess website at  http://www.chesstour.com/cross.html.
SHARE: