The U.S. team beat Israel 2½ - 1½ this round to stay close to the leaders, but it wasn’t easy. The top two boards were a bit disappointing, as Lev Aronian got a sterile position from the opening and was never able to create the slightest chances, and Fabiano Caruana uncharacteristically managed to squander a large advantage with some strangely inaccurate play: 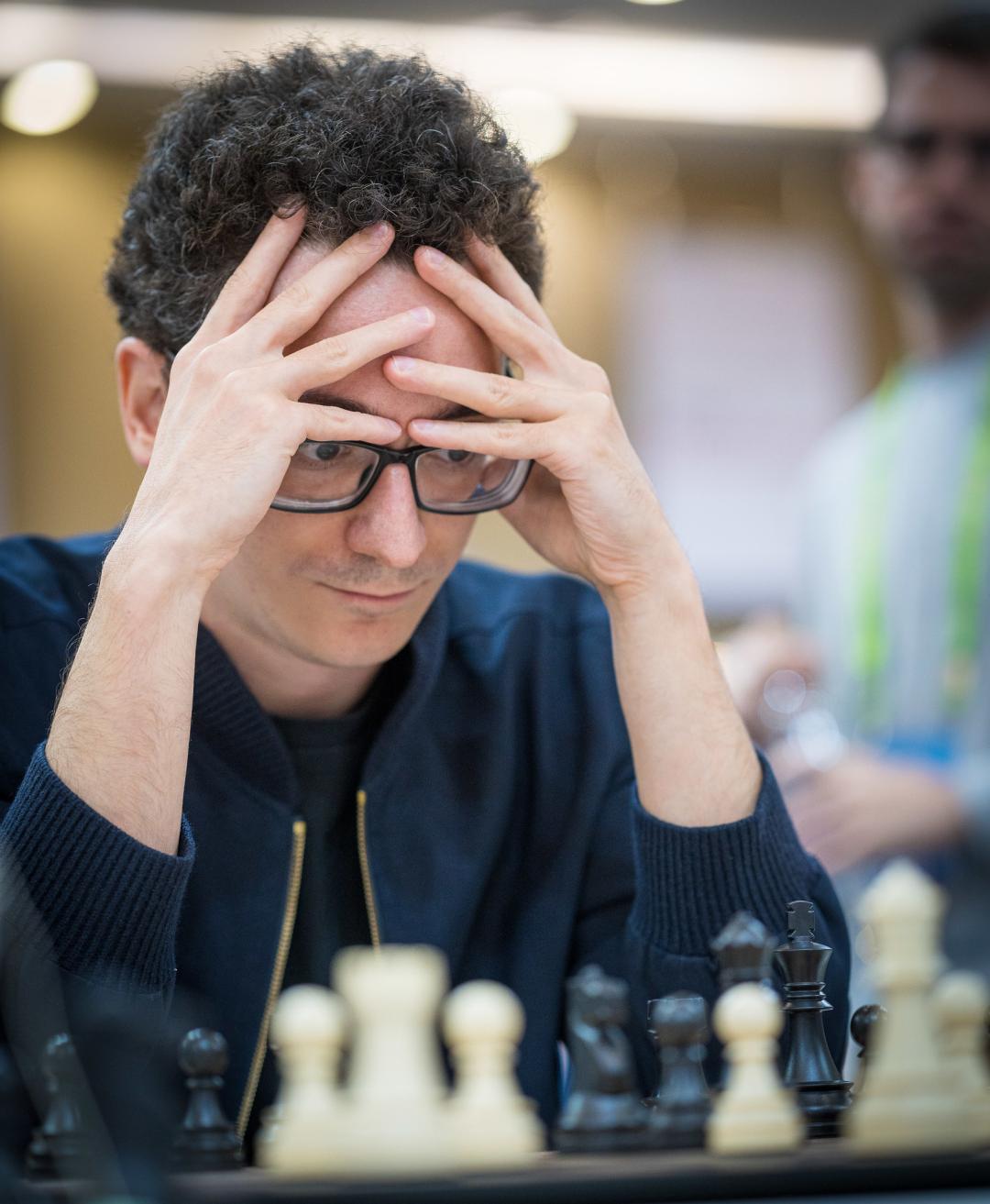 Image Caption
GM Fabiano Caruana during round 5 of the 2022 FIDE Olympiad. Photo: Ootes

On third board, Smirin-So was an extremely drawish Berlin Defense, so that left it up to Leinier Dominguez Perez, who faced the tough and experienced GM Rodshtein: 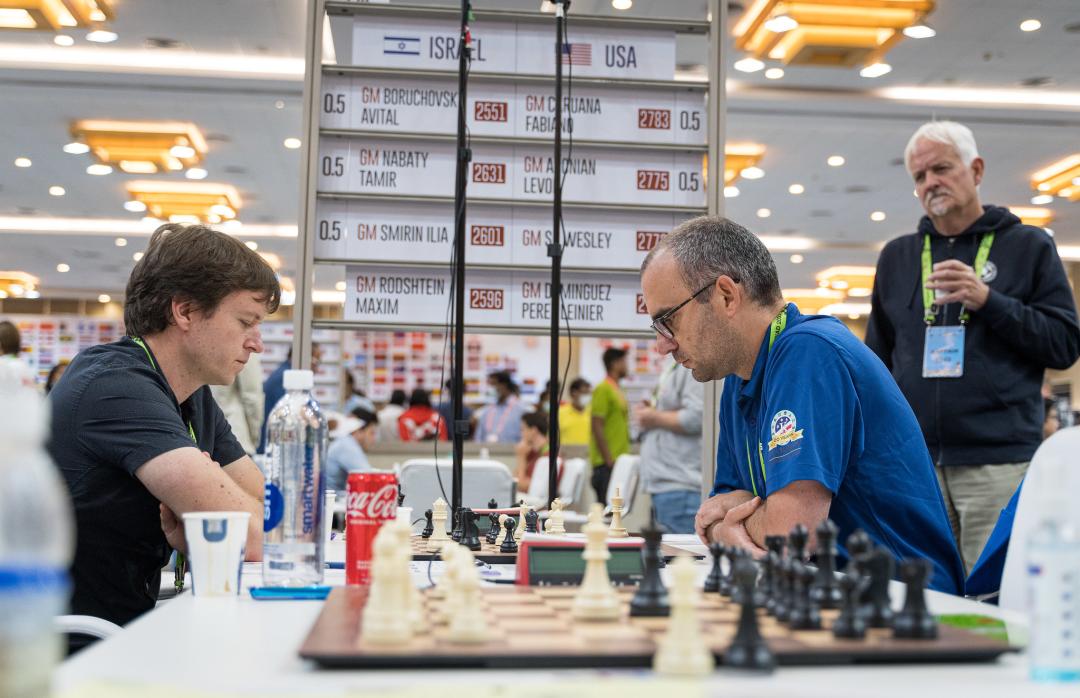 Image Caption
GM Lenier Dominguez (right) squaring off against GM Maxim Rodshtein in round 5 of the 2022 FIDE Olympiad. Photo: Ootes

The logjam at the top loosened up a bit in this round. Only two teams remained with perfect scores and 10 match points: “India 2” (the “inferior” India team with the aggressive young guns), who beat Spain 2½ - 1½; and Armenia, demonstrating that they are still a force without Aronian, who defeated England 2½ - 1½. Just behind, with 9 match points, are the U.S., Uzbekistan, Cuba, “India 1,” and Iran. 19 teams sit at 8 points (including “India 3”!), but there are six rounds left and plenty of time for all of these and other teams to compete for the top prizes.

The U.S. women’s team had a tough day against Peru, losing 1½ - 2½. Abrahamyan was in a hard-fought game which ended in an interesting draw: 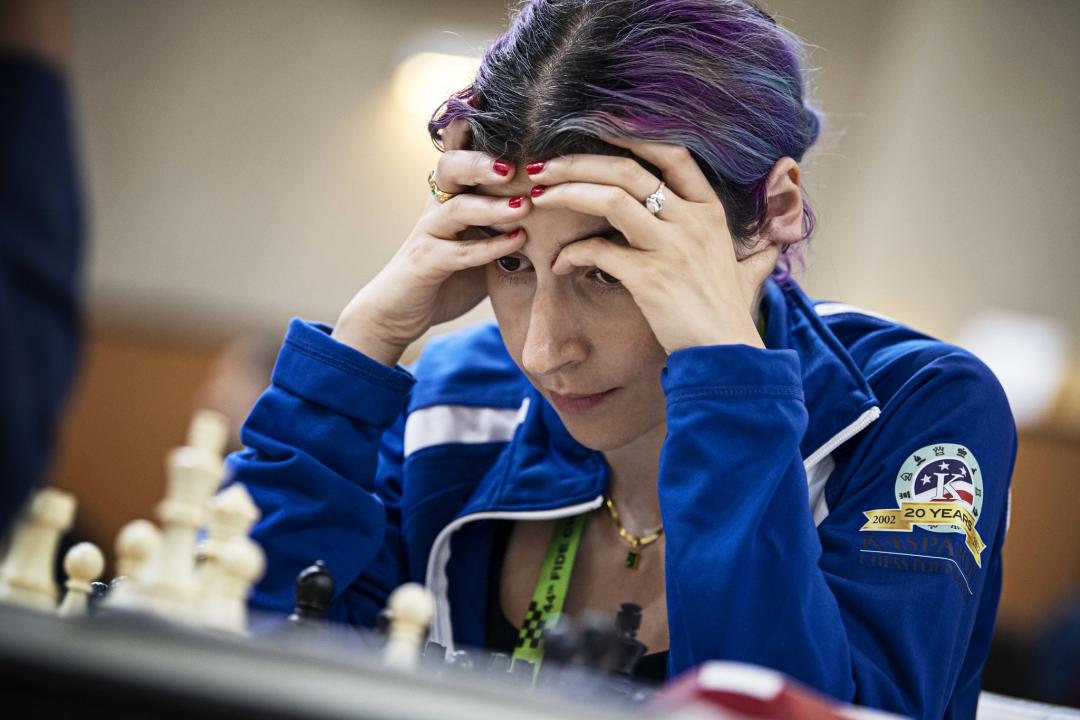 Image Caption
WGM Tatev Abrahamyan during round 5 of the 2022 FIDE Olympiad. Photo: Bonhage

Irina Krush had a rare off day when she underestimated her opponent’s attacking chances in a Sicilian Defense.

In the overall standings, three teams remain with perfect scores and 10 match points: India 1, Georgia, and Romania. They are followed by Ukraine, Azerbaijan, and Kazakhstan with 9, followed by 15 teams with 8. After today’s defeat, the U.S. team has 6 match points, but should be able to make up ground against the weaker opponents that they will be facing.