There’s a new chess book out this week by a new author. He’s Got Moves is recommended by some of the most-respected figures in chess. And there is definitely something surprising about this highly touted work – but let’s hold off on that point for a bit.

The manuscript from this first-time author was so impressive that two legendary chess figures came forward to help in its editing. One, famous teacher Bruce Pandolfini, even wrote the foreword. Eminent chess historian IM John Donaldson assisted with the research to give accurate historical context to the 25 classic games explained in the book—games the author maintains every serious chess player should know and understand. Hall-of-Famer GM Maurice Ashley as well as popular Chess.com teacher FM “FunMaster” Mike Klein both lent their recommendations, providing blurbs on the book’s cover.

So what’s the hidden surprise? The author, Oliver Boydell, is just 10 years old. But he’s not your average grade-school chess player, and don’t get the impression that this is a book just for kids. 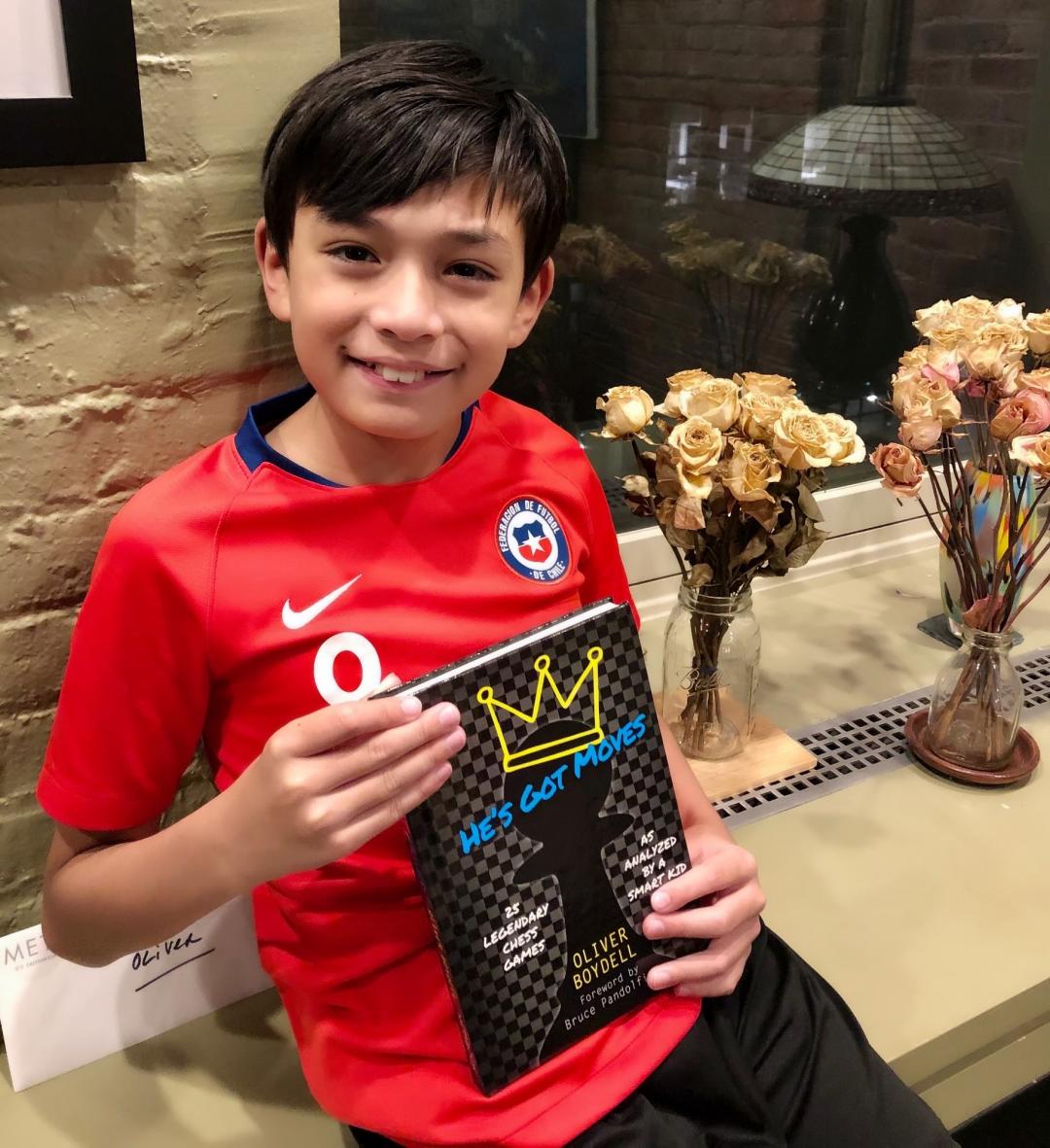 Image Caption
A new book acclaimed by some of the chess world's biggest names was written by 10-year-old Oliver Boydell.

Pandolfini told us about his first meeting with Oliver: "It was clear from the first time I sat at the chessboard with him that Oliver Boydell had real talent, backed by an extensive mental library and deep logic.” Bruce showed him a chess idea. “He explained to me how much, if slightly modified, it was similar to a certain, apparently unrelated classic example. And he was right!"

Oliver taught himself to play at five by using his iPad. “There wasn’t even a chess set in the house,” his mom Tiffany said. At the World Championship held near his home in November 2016, GM Judit Polgar, there as a commentator, autographed the iPad Oliver had used to teach himself chess.

If Oliver’s chess progress were a government program, it would likely have been named “Warp Speed.” Not long after learning the moves and still only five years old, he won the National Kindergarten Championship title. Two months later, Oliver met Pandolfini and began working with him. The next year, he captured the title of New York City’s First Grade Champ.

He quickly fell in love with sharing chess with his classmates and developed his own teaching techniques while a student at the United Nations International School. Later, when Oliver began school at the Speyer Legacy School, his teacher asked him to hold chess classes regularly.

Oliver has worked with Pandolfini for five years. The young author also trains twice a week with eight-time U.S. Women’s Champ GM Irina Krush. With the closing of schools and lockdowns resulting from the pandemic, Oliver had lots of time on his hands. He picked out the 25 classic games he wanted to use for his book. Tiffany helped with the typing.

Besides explaining the moves of the 25 classic games, Oliver asks the reader questions — and provides the answers at the end of the book. After each game, he gives his favorite move and a list of “Lessons Learned.” Oliver also provides a glossary of important chess terms.

You can see Oliver comment on the game he loves at https://www.oliverboydell.com/. 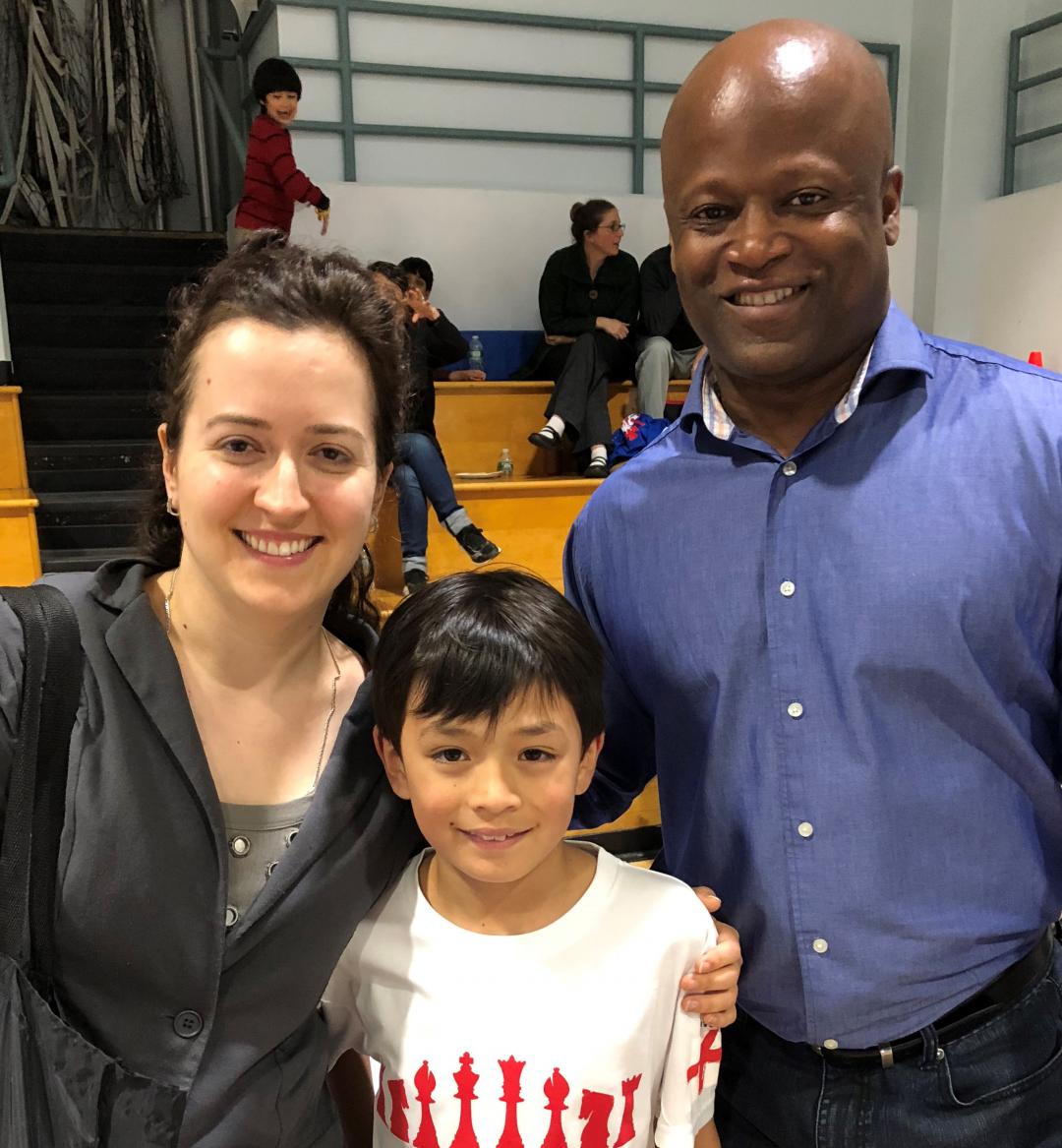 Manhattan-based Metabook Entertainment has published works by New York Times bestselling authors, and the recently rebranded company “remains rooted in the power of great storytelling.” But founder Benjamin Alfonsi said the company had never published a chess book before. Metabook’s leadership hadn’t known anyone in the chess world, although Alfonsi does play the game: he was taught by his brother and Metabook co-founder Christian Alfonsi.

The company is known to be very selective and normally doesn’t review unsolicited manuscripts. But Metabook’s attorney, a friend of Tiffany who is also a lawyer in Manhattan, tipped off the Alfonsis about the unusual book.

“We got hooked right away. Each game is a little story. Oliver is a gifted player, a really impressive researcher, and a great writer.”

It’s not a book just for kids. Its layout is clean, clear – and very grownup. “We’re not marketing it as a kids’ book. It will be in the adult trade section,” Alfonsi said.

The book is being released on December 8 in hardback and digital editions. It will be available online at Amazon and in bookstores, and be sure to check with USCF Sales. Of course, Netflix’s most popular stream is giving chess a boost.

“With 'The Queen's Gambit,' we're getting to see just how riveting filmed stories — whether in the dramatic or documentary realm—built around chess can be," Alfonsi said.

In a media release announcing the project, Metabook highlighted its “award-winning dramatic content [that] has featured Emmy, Grammy, Tony and Academy Award-winning talent and continues to expand into film and television development under its Metabook Films banner.” As part of the book deal, Metabook Entertainment has also acquired the dramatic and performance rights of He’s Got Moves!

So, is there another chess film on the horizon? Could Oliver’s He’s Got Moves become Oliver’s Got Movies?

One thing seems sure, we’ll be hearing about—and from—Oliver for a long time to come. 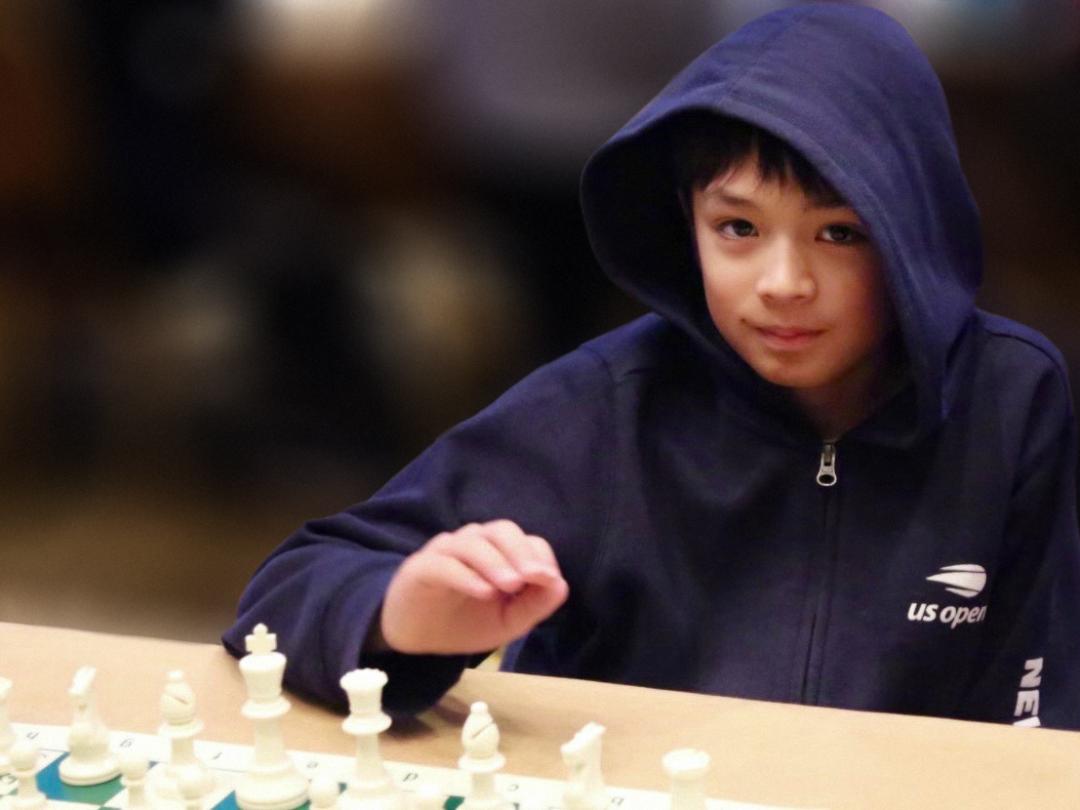