Norway Chess Kicks Off in Stavanger

After Monday’s blitz event, used to determine pairing numbers and won by Maxime Vachier-Lagrave, the 2019 Altibox Norway Chess tournament kicked off with today’s first round action. 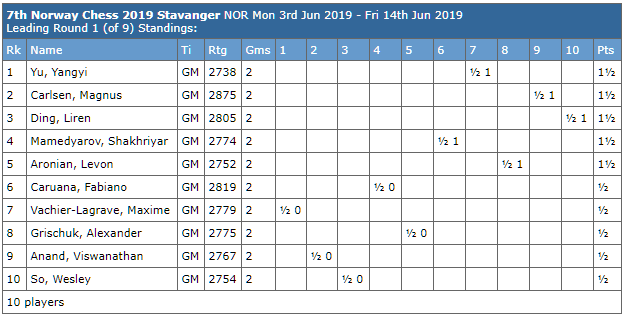 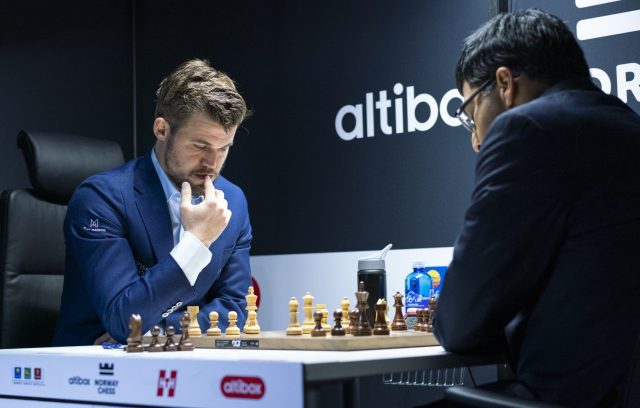 Carlsen-Anand (photo Ootes / Altibox)
“The databases” say that Carlsen’s 13.0-0 was a novelty, but the good folks at lichess.org knew better, citing the famous game between Rashad_Revolver and schakeling from 2007. https://twitter.com/lichess/status/1135928315179601922 Down a pawn, Anand carefully defended a drawish rook endgame, sending both players to the Armageddon round where, despite missing a mate in two, Carlsen prevailed.
Image 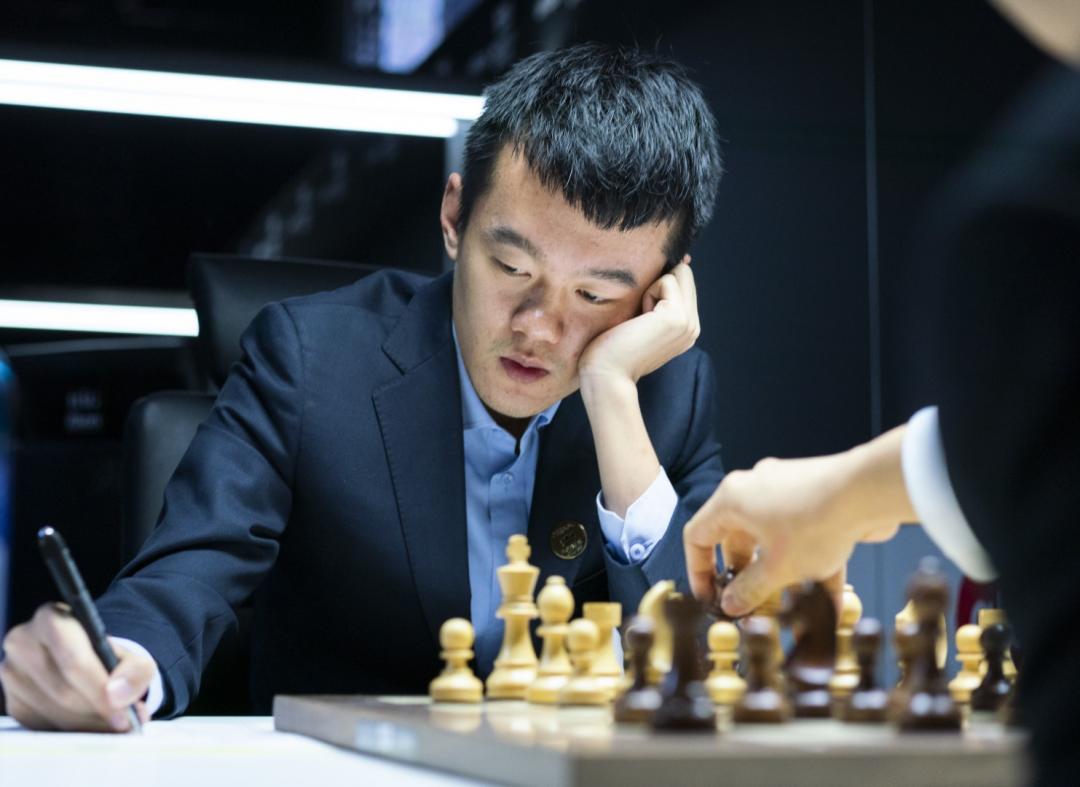 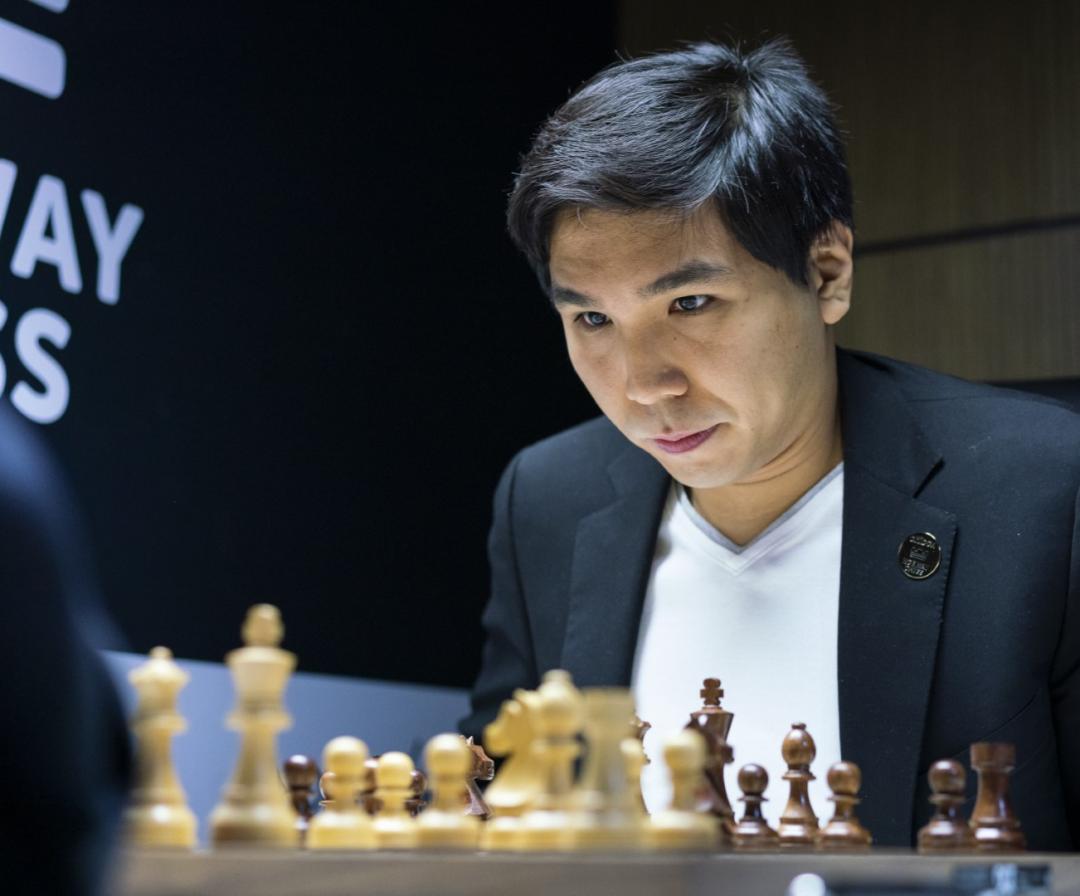 Wesley So (photo Ootes / Altibox)
With all the classical games drawn, much of the day’s excitement was found in the Armageddon games. Preeminent among them was Ding Liren’s beautiful attacking win over Wesley So. The 2019 Norway Chess Tournament runs from June 3rd through June 14th, with June 7th and 11th being rest days. Live coverage is available each day at the Norway Chess website, and their livestream with GM Judit Polgar and IM Anna Rudolf is available free of charge. Newly crowned U.S. Champion Hikaru Nakamura is also covering some rounds on his Twitch channel. https://twitter.com/GMHikaru/status/1135554555020791808
SHARE:

[…] discussed in our Round 1 report, the 2019 Altibox Norway Chess Tournament features an innovative format. If players draw in their […]