Nemcova Alone in Front, Wesley Joins Top of US Championship 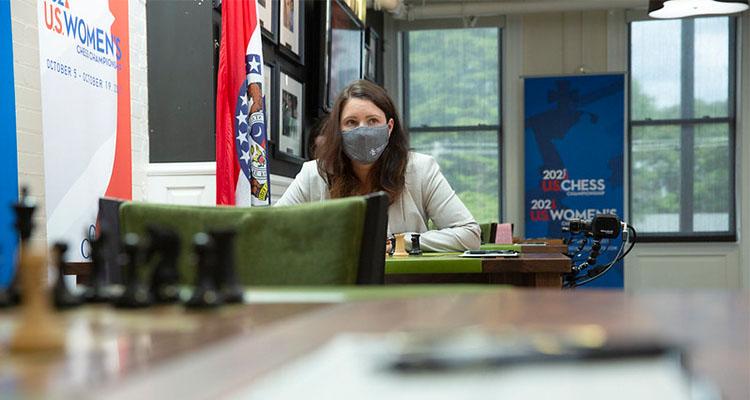 Image Caption
WGM Katerina Nemcova is the only player to stay perfect through two rounds of the 2021 national chess championships in the Saint Louis Chess Club. // photo Bryan Adams

After just two rounds of play in the Saint Louis Chess Club, WGM Katerina Nemcova remains the only one of 24 players to achieve a perfect 2-0 score in the 2021 US Chess Championships. On Thursday, Nemcova knocked down her second former U.S. Women’s champion in a row, winning as Black in a Semi-Slav over 2017 champion Sabina Foisor after besting four-time champion IM Anna Zatonskih in the opening round.

Thursday’s win gives Nemcova an early lead in the 2021 Women’s national title chase and keeps longshot chances alive for the $64,000 Bobby Fischer Prize, awarded to any player who can match the American chess legend’s 11-0 performance in the 1963-64 US Chess Championship. All other players in St. Louis have been nicked for at least a half-point -- not the least of which is the US Chess Championship top-seed GM Fabiano Caruana, who pulled a proverbial rabbit from a hat to escape with a second draw in as many chances. 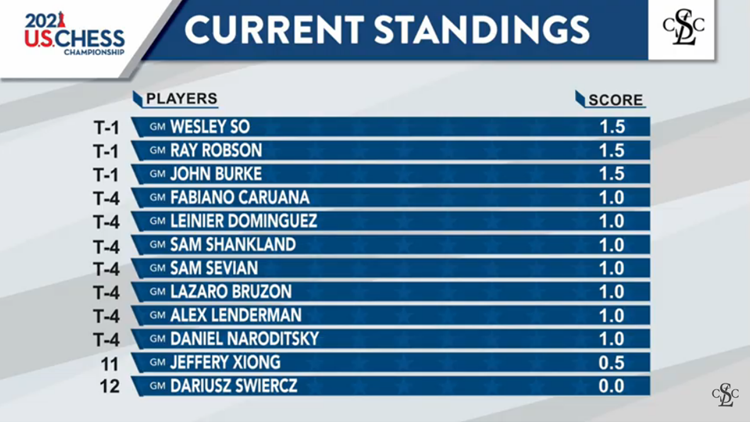 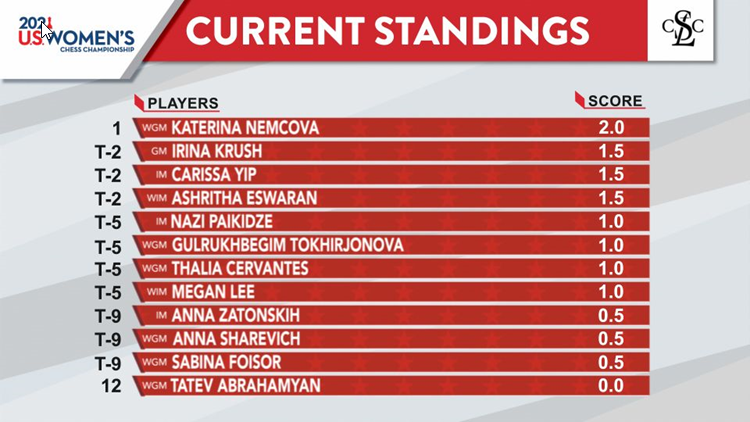 After wriggling his way through an uncomfortable draw as White against GM Lazaro Bruzon on Wednesday, Caruana again found his feet to the fire in Round 2, this time by 2760-rated GM Leinier Dominguez – who wasn’t as keen in letting the World No. 2 off the hook. Staring down White’s monster passed pawn with a minute on his clock and several moves to go before the time bonus, Caruana again kept his cool under pressure for a marathon 108 moves to escape with his second half-point.

The effort comes in as CLO’s Round 2 Game of the Day, annotated here by two-time Tennessee State Champion NM Alex King. 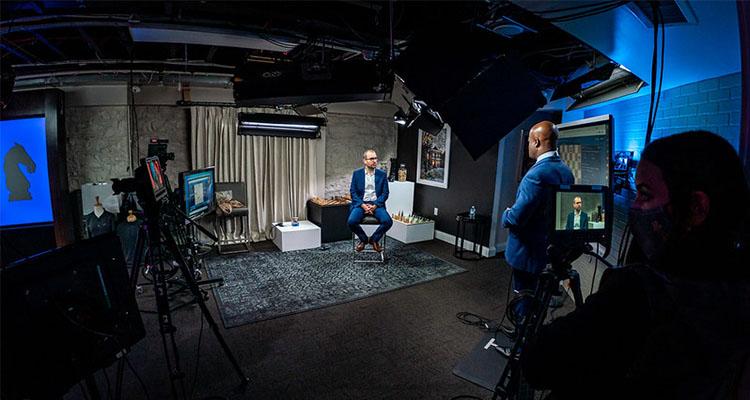 Image Caption
GM Leinier Dominguez discusses with commentator GM Maurice Ashley in the Saint Louis Chess Club, after grinding through 108 moves with GM Fabiano Caruana in the second round of the 2021 US Chess Championship. // photo Lennart Ootes

Also posting Thursday wins in the 2021 national championship was GM Daniel Naroditsky, who rebounded from an opening-round loss to defeat GM Jeffery Xiong in a Colle System, as well as defending US Chess Champion GM Wesley So. The World No. 6 made clean work through the Sicilian of GM Dariusz Swiercz, who stumbled with just a few hasty pawn pushes to allow So in a for a suffocating kingside attack. At 1.5/2, So has now claimed a share of the tournament lead along with GMs Ray Robson and John Burke, who both drew on Thursday.

Chasing Nemcova in the U.S. Women’s Championship are three players, including the top-two seeds. Defending champion GM Irina Krush held a decisive-looking, two-pawn advantage in an endgame with WGM Anna Sharevich, though let her advantage evaporate to a half-point; while IM Carissa Yip joined the chasing pack at 1.5/2 with a Round 2 win over WGM Tatev Abrahamyan.

In an ultra-sharp Advanced French, America’s No. 2 female Yip set off an impressive display of tactical fireworks, which caught the eye of Chess Life editor John Hartmann. 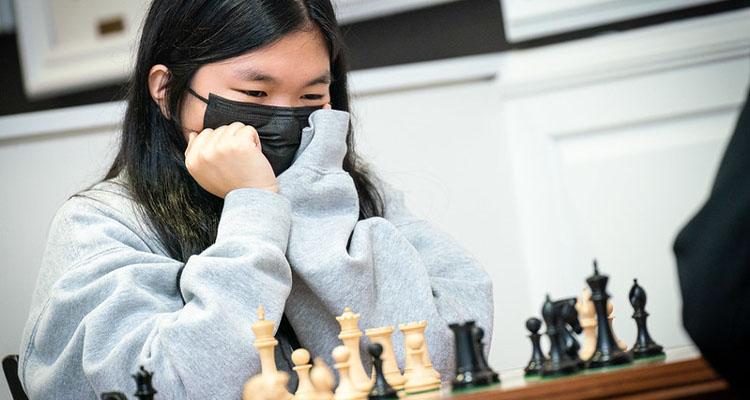 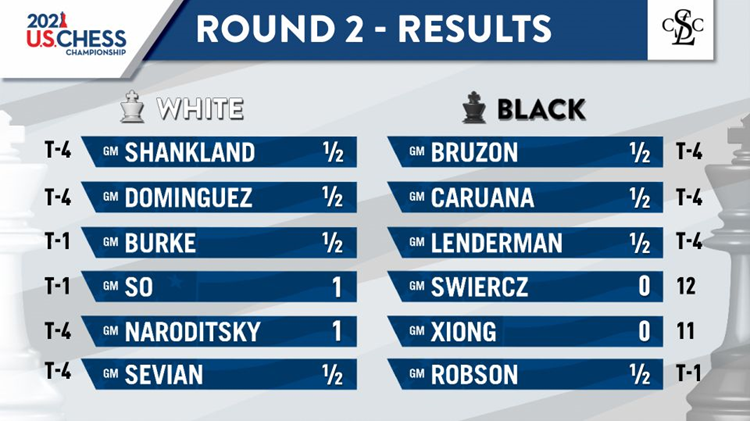 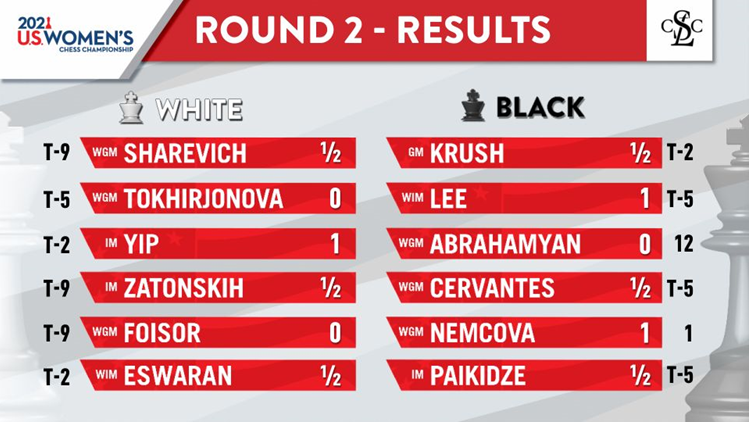