We’re midway through the 28th Charlotte Chess Center (CCC) Norm Invitational. On hand are a total of 40 players including the top rated 11-year-old in the country, 4 GMs, 12 IMs, and 12 FMs. Together they represent 18 different states and 11 different countries.

At halftime, a few players are beginning to separate themselves from the packs. These players fall into two groups: the titled monsters who are crushing the dreams of the norm seekers, and the hunters who still have chances at clinching their coveted norms. 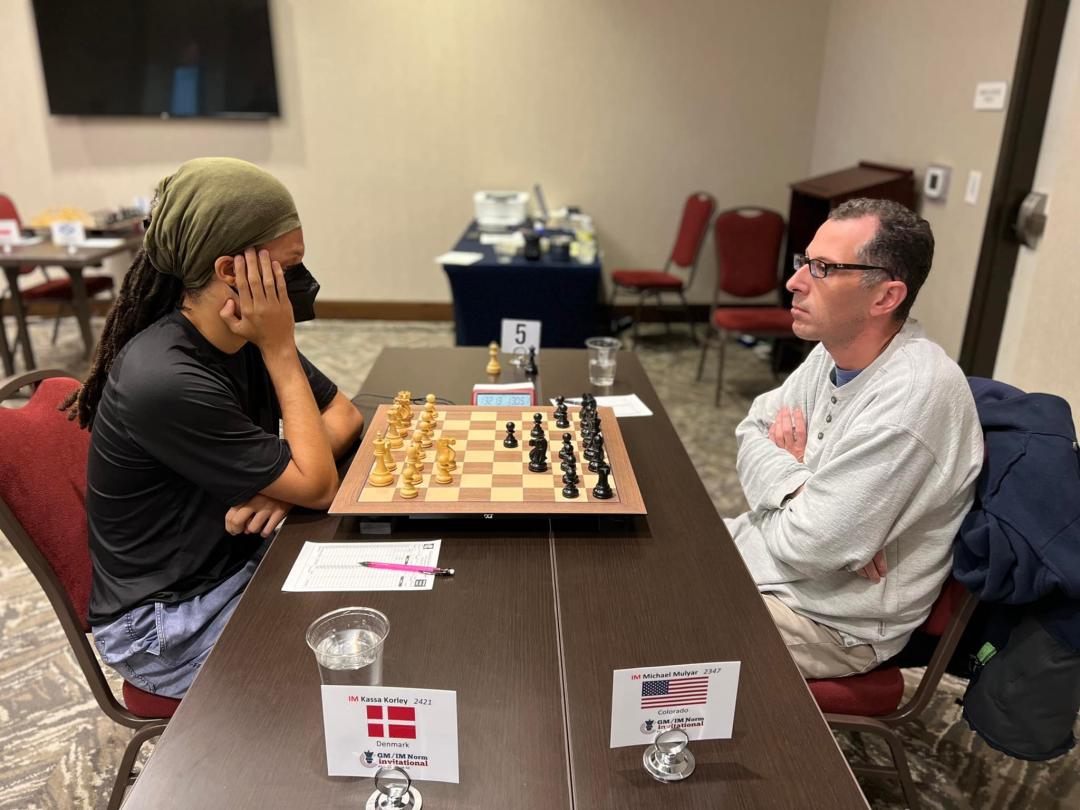 Hunter: IM Michael Mulyar is in clear first in the A Group with 4/5 and needs three more points for a GM norm.

Both IM Kassa Korley and FM Liran Zhou need perfection from here on out for a GM norm. Liran has a silver lining that he only needs 2/4 to clinch an IM norm. 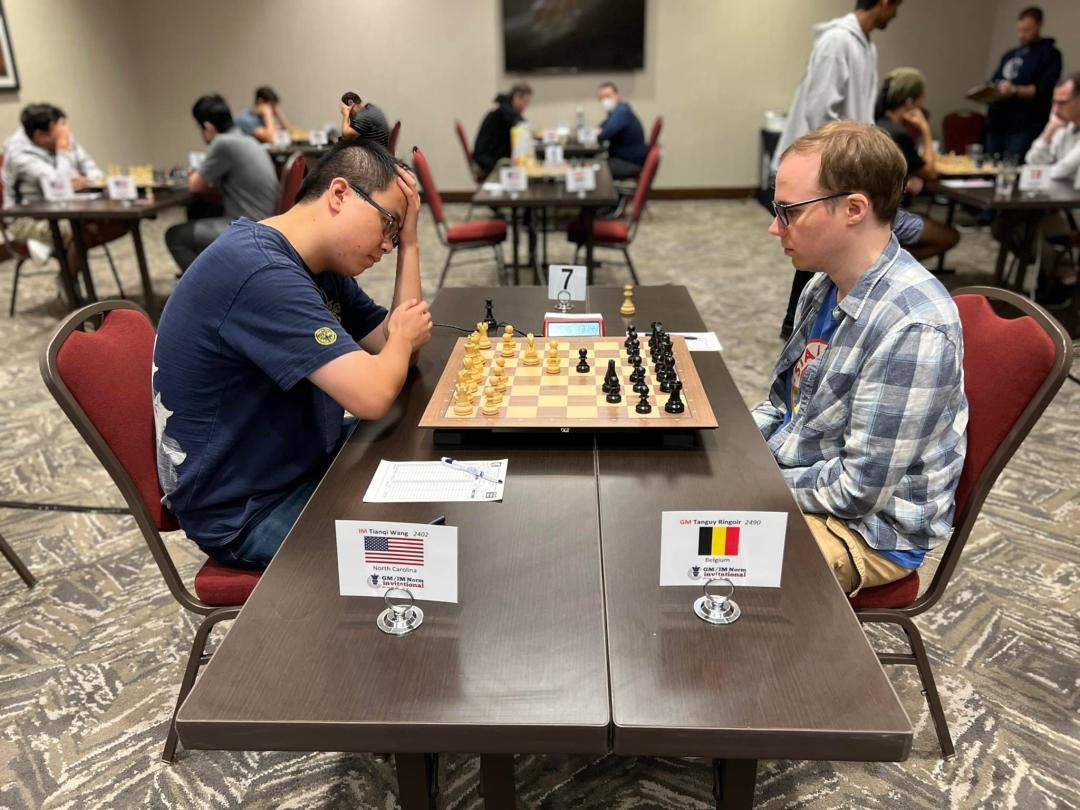 Two monsters are killing the hopes and dreams of would-be norm seekers in the B Group. GM Tanguy Ringoir and IM Tianqi Wang both sit at 4½/5 only splitting with each other.

Only FM Doug Eckert still has a shot at a norm in the B group, but he will need 4/4 to get it. 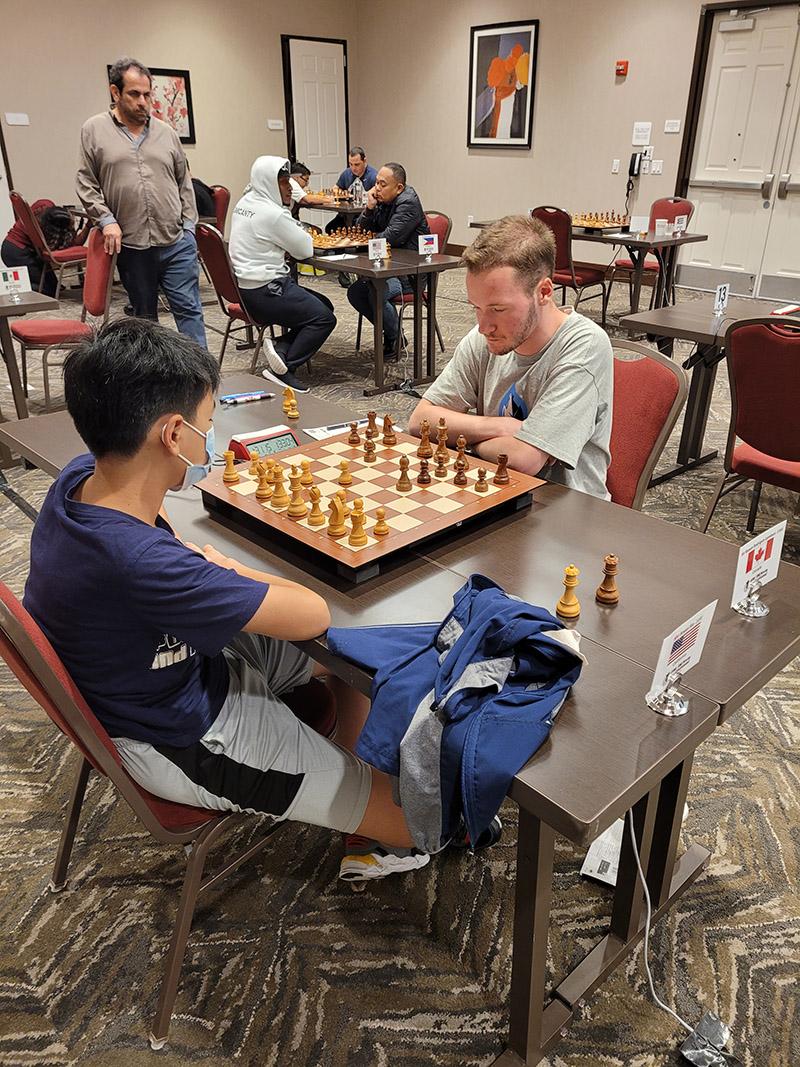 IM Shawn Rodrigue-Lemieux is a monster in excellent form, currently with the only perfect score in any of the four sections. Here is his best game thus far, a win against Bryan Xie:

Two youngsters in this section have an outside chance of making norms by winning out: FM Tanitoluwa Adewumi and Terry Luo. 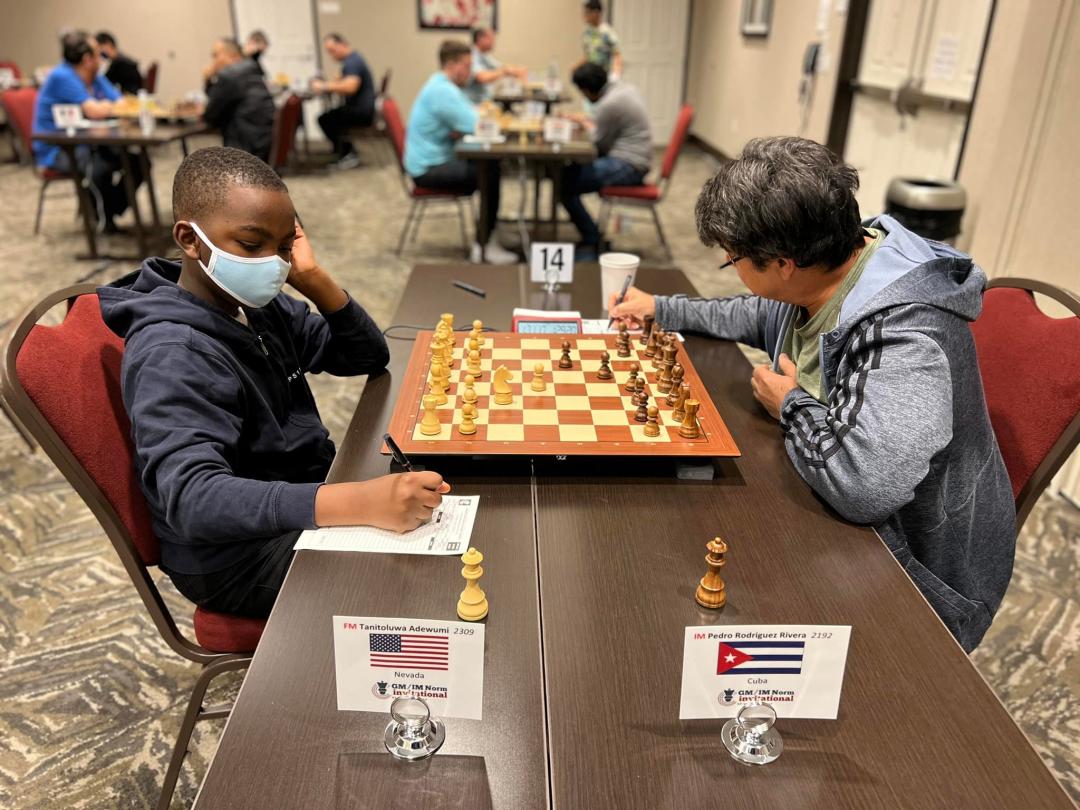 Tani has had many great games but he found out that old lions still have teeth in this difficult ending: 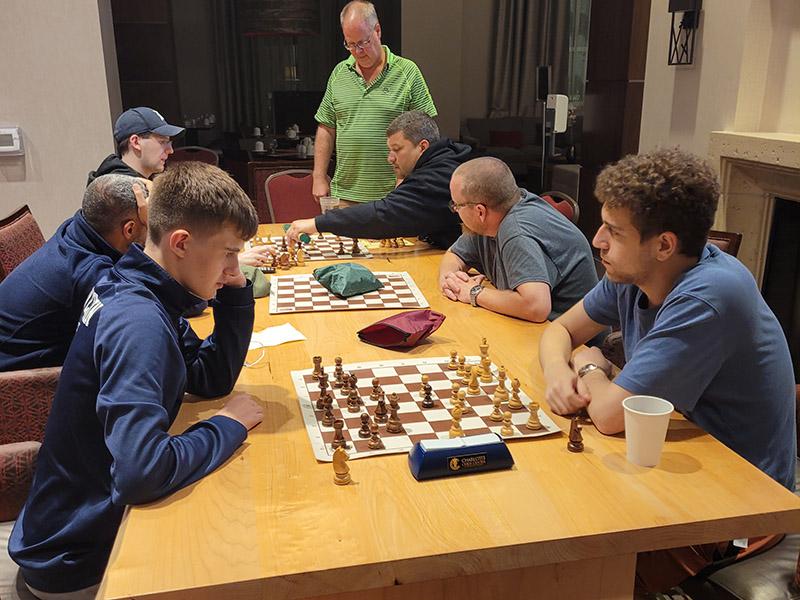 Image Caption
FM Nico Chasin v. GM Daniel Naroditsky in a round of blitz at the Charlotte Chess Center.

FM and 2022 U.S. Cadet Champion Nico Chasin is in clear first with 4/5 and needs 7/9 for a IM norm.  (Check back with CLO on Thursday for Danail Wilson’s story on the Cadet, with exclusive annotations from Chasin and FM Ryo Chen! ~ed.)

Shelev Oberoi will need to win out in order to make an IM norm.

What about the other players? Are they giving up once their norm chances have evaporated?

Mike Zaloznyy started the IM B group by ‘castling queenside,’ losing his first three games. (In other words, he went 0-0-0.) It would be easy in that situation get discouraged, but success in both chess and life can come from mustering strong mental resilience in the face of failure. 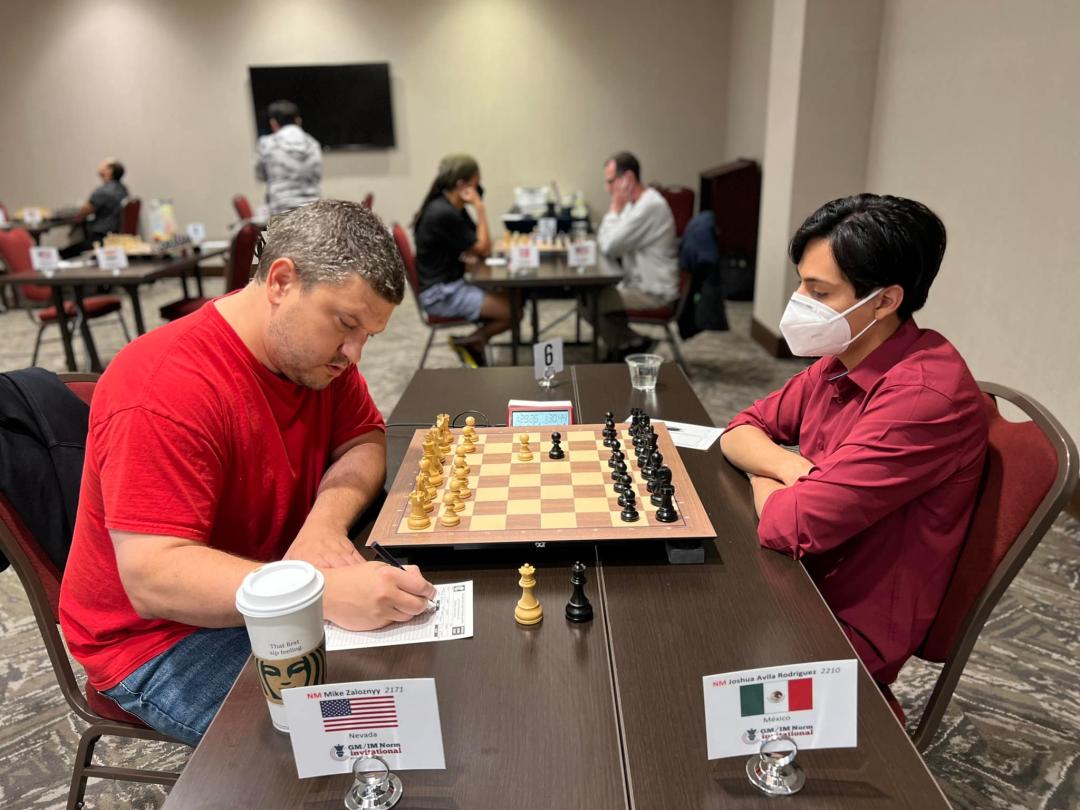 We talked to Mike after his round three loss. Here’s what he told us:

“I am detaching myself from the result, prepping my hardest, giving my all every game and if I lose every game, so be it, at least I know where I stand. And guess what? I am the type of guy where, if you hit me 50 times, I will fall 50 times, but I also will get up 50 times and I will keep going. I am not afraid to lose and learn from my losses!”

An important lesson for all aspiring chess players -- never give up! I am happy to report that Mike not only won his next game but played a fantastic model game for the opening:

Readers can follow the action live at chess.stream as the drama unfolds, and you can find links to all the main relay sites there. Check back with CLO at the tournaments end for the final recap, and to find out which players made norms!