There is now less than a month before the third (and possibly final) edition of the Millionaire Chess Open as it is set to kick off on October 6 at Harrah's Resort Atlantic City. Preparations are underway as the move to a new location has created an air of anticipation at the company. With current MC Champion GM Hikaru Nakamura committed to playing elsewhere, a new face will emerge as the winner of the largest Open first place prize in the world. The top 3 seeds for the tournament at this time are Grandmasters (GMs) Adhiban Baskaran of India, Sam Shankland of the US and Gawain Jones from the UK. With such a healthy prize fund, there are sure to be many more GMs who throw their hats into the ring to try to make their own history. If you haven’t done so already, Sign up now! Entry Fees At least 331 participants have planned ahead and registered for the event. Though a small number, it’s expected that at least a few hundred players will come on board at the last minute. While this may seem surprising to the uninitiated, it has been the experience of tournament organizers everywhere that most chess players value the premium of flexibility in decision-making, even at the cost of paying an additional premium on the entry fee. While this does not make planning easier for us at MC, we are prepared for any and all eventualities. September will certainly prove to be the most hectic month for MC3 yet! A couple of reminders: 1) EF until September 30/16 = $599. 2) Hotel group rate  may expire after 9/10/16. Book now! Transportation from Philadelphia to Atlantic City A very big thank to the players who responded to our last newsletter and indicated that they will need transport from the Philadelphia International Airport to Atlantic City. Limousines and vans have been secured to chauffeur the players for the ride, which should take just under an hour. The cost each way will be $40. There will be transportation to and from Harrah’s on both Wednesday October 6 and Thursday October 7 (for those playing in four day schedule). For the return, there will be rides on Monday night and on Tuesday morning as well. More specific times will be made available as the dates near. Please check the website for further information. Parking For those who will be driving to Atlantic City in their own vehicles, Harrah's Resort has Valet Parking & Self-Parking. Guests staying at the Hotel will be charged a 1-time fee, while those who commute in from off-site will be charged daily. For those guests staying at the hotel, Self-Parking is included in the Resort Fee. For all others, parking charges may vary based on how busy Harrah’s Resort is at that time & if guest has a Total Reward Card (that gives them discounted rates). Charges will be posted on entry to the hotel garage. Ratings Although a player must have a minimum of 60 rated games under either a national or FIDE rating system to qualify for an under section, any available rating information (even a rating based on fewer than 60 games) may be used to move a player into a higher section if, in the Chief Arbiter's opinion, the rating demonstrates the player's ability clearly exceeds the limit for the section requested. The Chief Arbiter is going through the players’ list regularly to make sure that players are in their correct categories. The Chief Arbiter’s decision on all rating matters will be final. MC winners continue to make noise Congratulations are in order for MC1 winner Wesley So for his fine win at the 2016 Sinquefield Cup. With an illustrious field including MC2 winner Hikaru Nakamura, US Champion Fabiano Caruana, and five-time World Champion Viswanathan Anand, Wesley stamped his ascension to the world’s elite with iron-clad consistency, a keen sense of danger, and smooth play devoid of large errors. While he will always be near and dear to our hearts for winning MC1, we are proud to see him win such a prestigious event, which now ranks as the biggest victory in his career to date. We are proud of you Wesley! Finally All the best in your preparations for MC3. See you in Atlantic City! Best Wishes, Amy and Maurice 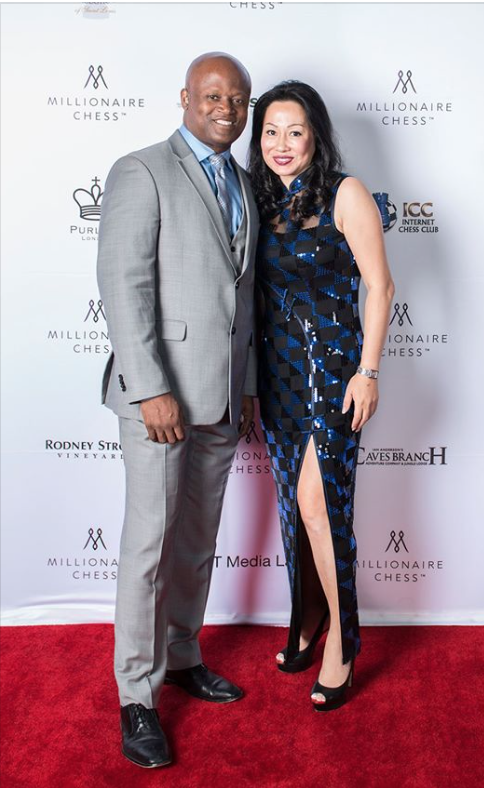 […] this year in Atlantic City, will span from October 6-10 in Harrah’s Atlantic City. Find more details in the latest update, as well as the official […]