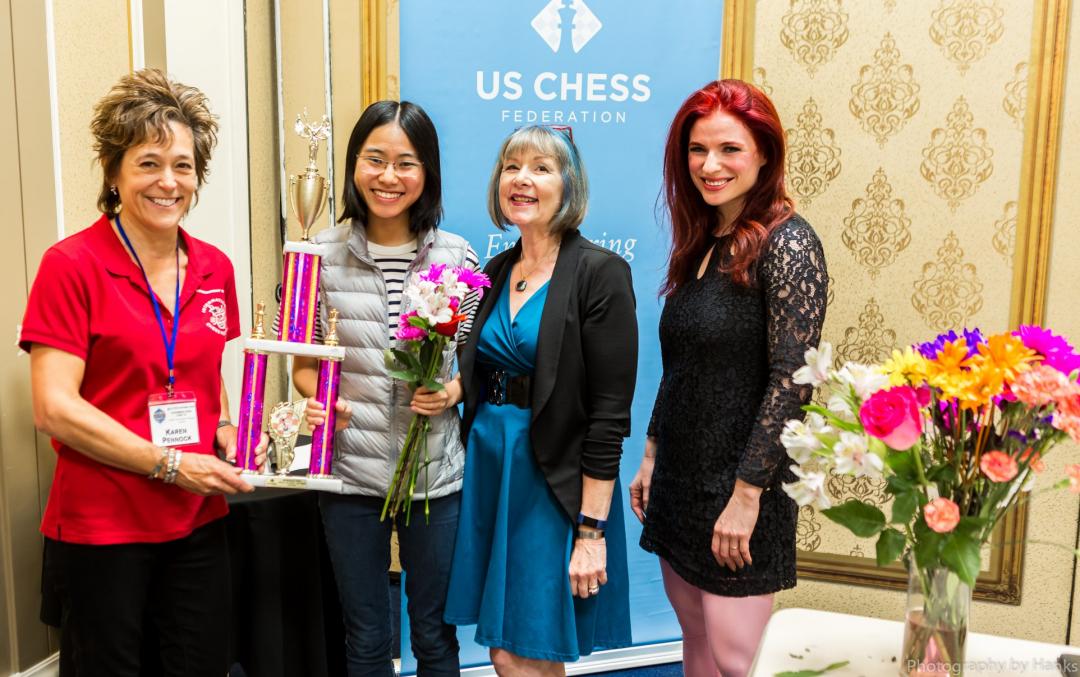 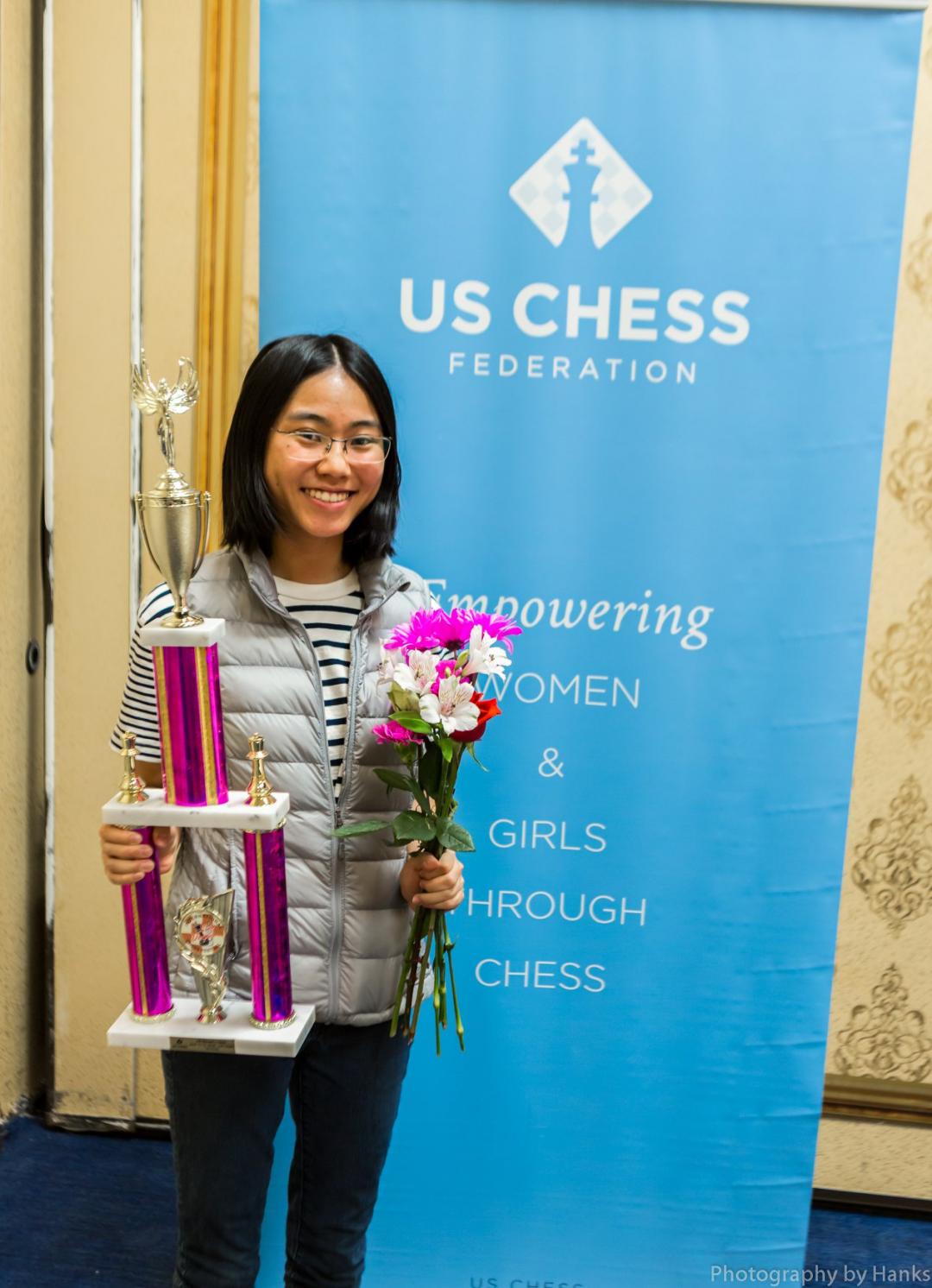 Megan Lee, a 22-year-old designer & inventor based in the Seattle area, won the U.S. Women's Open with 4.5/5. Megan defeated the 2018 champion in her critical final round victory. 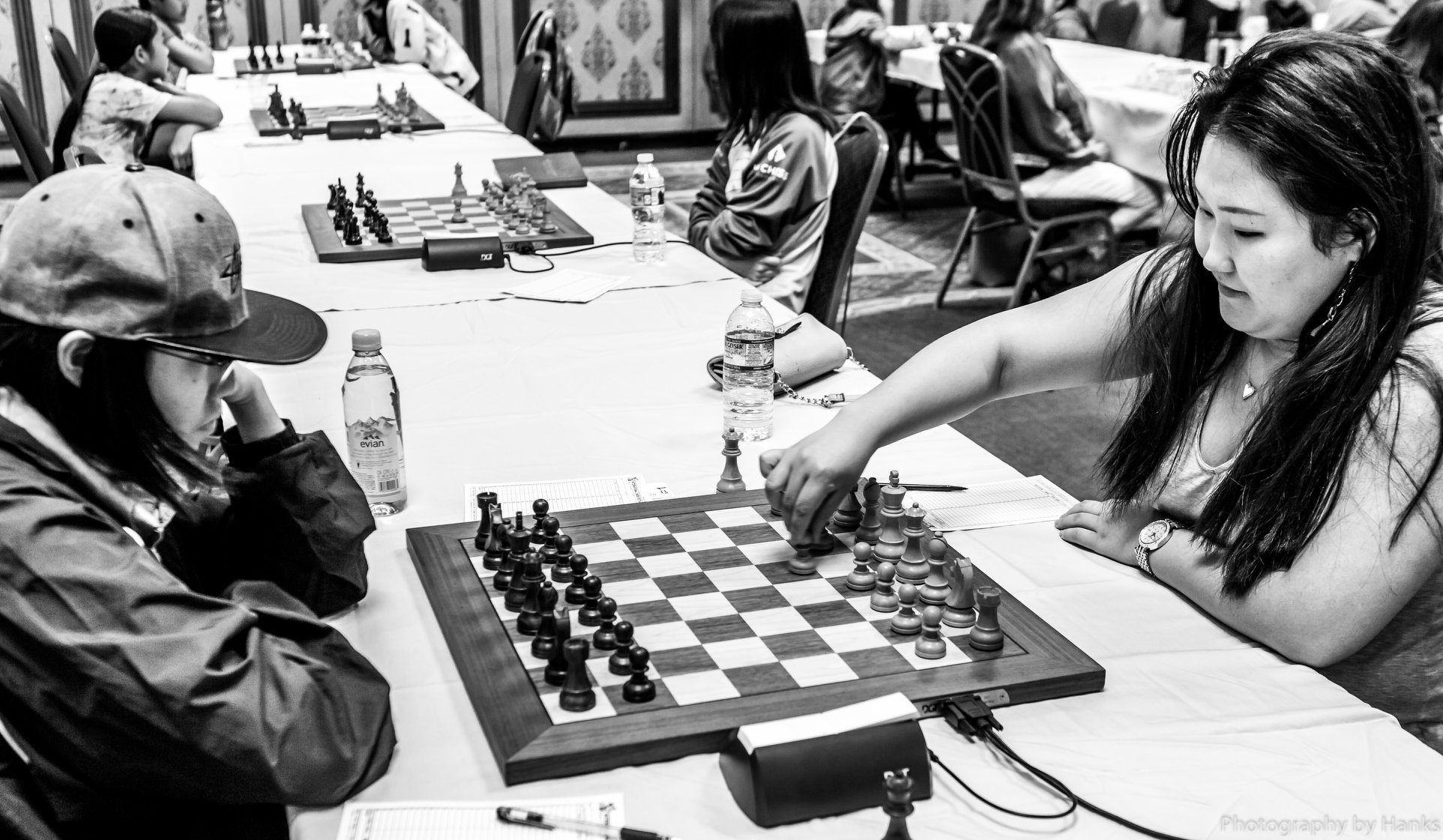 Megan Lee in her final round game against Saikhanchimeg Tsogtsaikhan, Photo Tim Hanks

Megan was raised in Bellevue, WA, attended college at the Rhode Island School of Design, and has since moved back to the Seattle area. Her portfolio shows a stunning diversity of projects, from photography to chair design to comics. Right after Megan posed for her victory photos at the U.S. Women's Open, she jumped into her first round at the National Open. Look for Megan in an upcoming edition of Ladies Knight, where she talks about designing a chess set, what it means to be a "maker", her favorite variants, and her toughest games at the U.S. Women's Open. Find full standings of the U.S. Women's Open here. 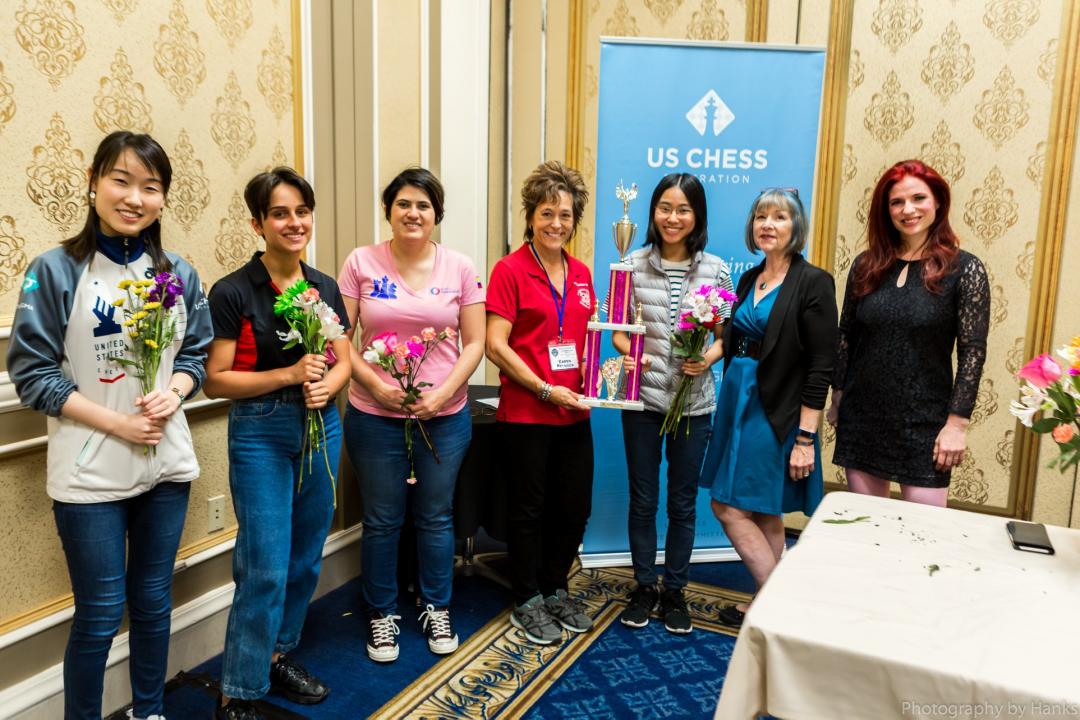 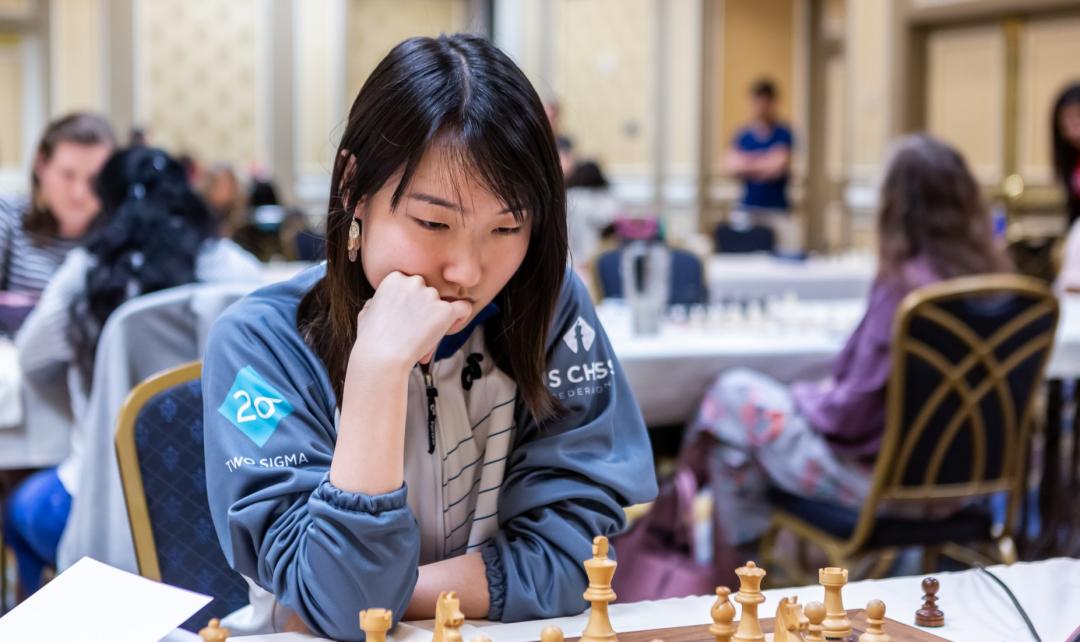 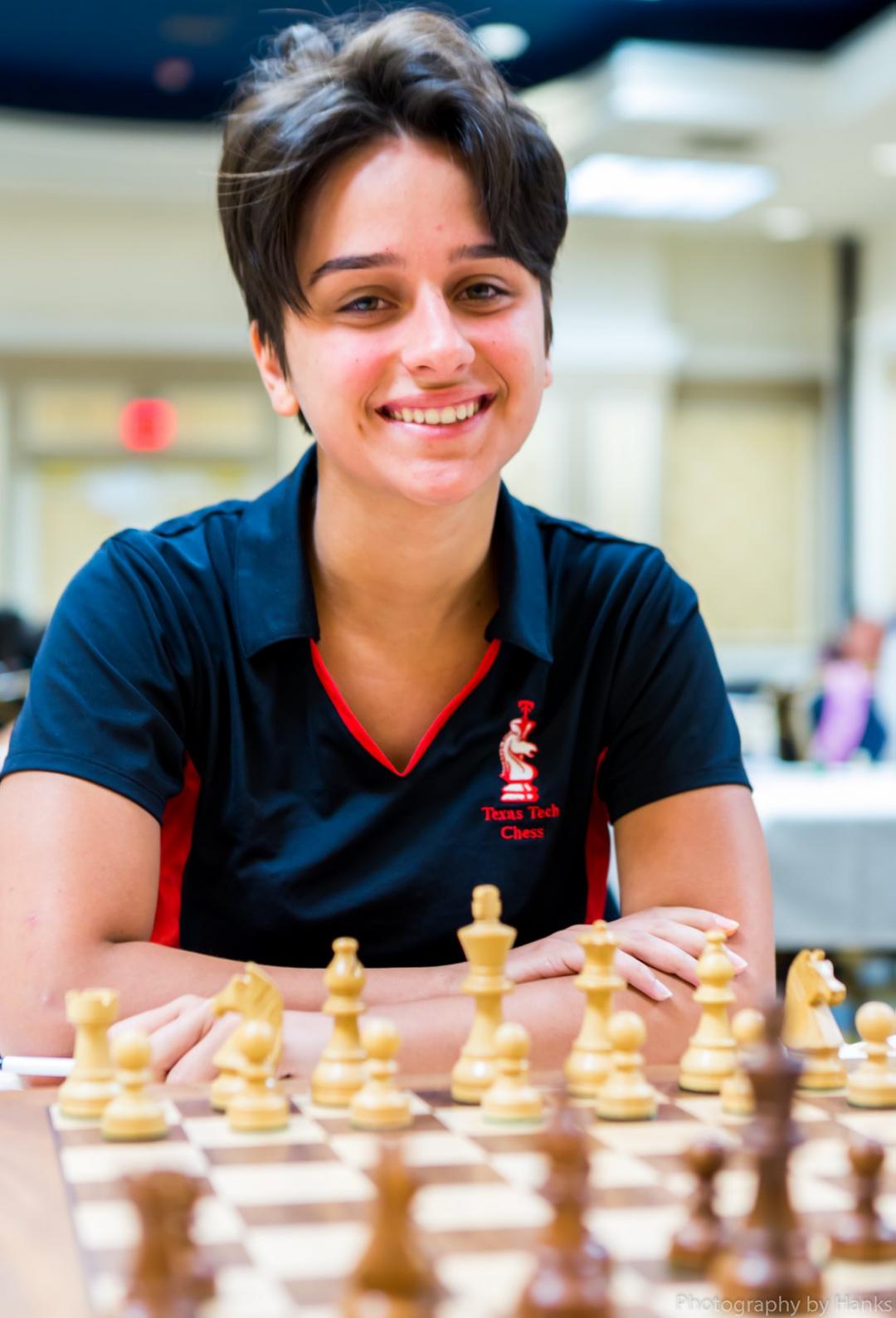