Long gone are the days of playing trans-continental chess matches by telegram -- you don’t even need to get a plane ticket anymore.

On May 28, the Manasota Chess Center in Sarasota, Florida held an international exhibition match with Tel Mond, Israel Chess Club. The event was organized in partnership with Sister Cities Association of Sarasota, which promotes cooperation and understanding with Sarasota’s international partner cities. 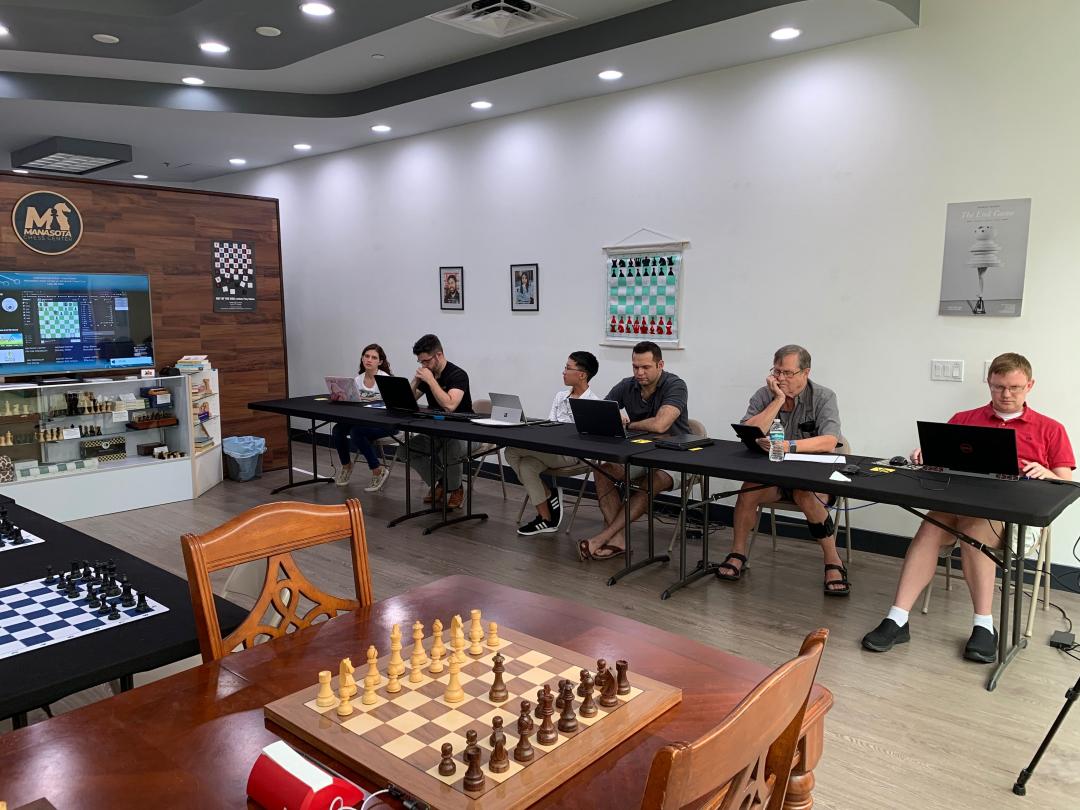 Each club fielded a diverse team of six boards with comparable ratings. The format was two rounds, with each board playing two games, alternating colors in G/25+5. The match was played on Chess.com and broadcast live through the Manasota Chess Center Twitch channel.

Among the Manasota roster, which ranged from a 2300-rated National Master to a 729-rated scholastic player, was the Mayor of Sarasota, Erik Arroyo. According to the Sarasota Observer, Mayor Arroyo is an avid chess player who prefers the English and Sicilian openings.

To start the event, a join video conference was held with introductions facilitated by Erik Arroyo; Lynn Kaplan, mayor of Tel Mond; Miriam Kramer, president of the Sister Cities Association of Sarasota; and Nick Lewis, the executive director of the Manasota Chess Center. 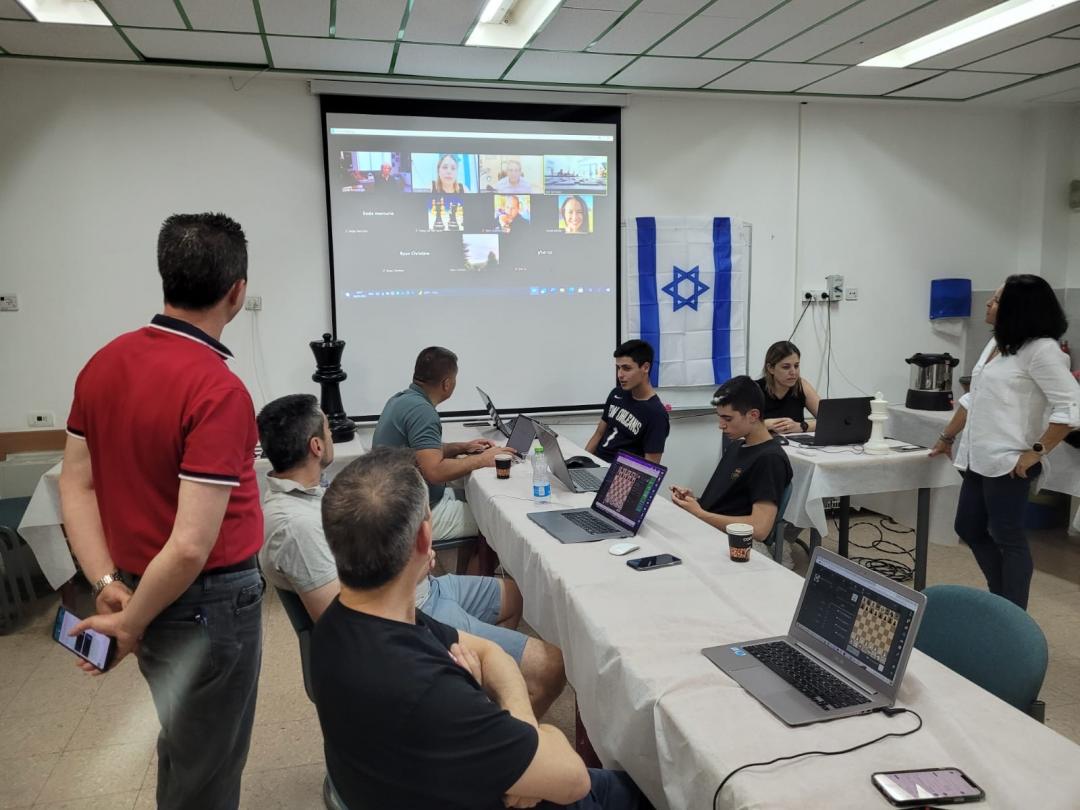 Image Caption
Players in the Tel Mond, Israel Chess Club connect with Manasota for their match in May 2022.

The two-round match officially began at 1:30 p.m. ET with Manasota’s team taking the white pieces. Over the course of the afternoon, the Manasota team put up a strong showing, but the Tel Mond club proved to be stronger. The Israelis took the match 9-3. Below are the three wins by the Manasota team.

In round one, Manasota's board 4, Rui Jiang squared off against a higher-rated Ido Weisbuch, son of Tel Mond's titled player Udi. Out of the gate, Jiang built a big center and maintained advantage after Weisbuch traded off his dark-square bishop. Jiang fought well, sacrificing his bishop to create complications after losing an exchange. Ultimately, he was able to convert the lost piece to three-pawns-for-a-knight, whittling his opponent down to a superior rook endgame in which his marching kingside pawns won the day.

In round two on board 5, Sarasota Mayor Arroyo took on Tel Mond's Daniel Kerner in a wild Hyperaccelerated Dragon Sicilian. The mayor weakened his dark squares around the king with an inaccurate ...e7-e6, but was able to fend off Kerner, who worked to take advantage. Eventually, Kerner lost his own dark-square bishop, his attack fizzled out, and a loose rook got put back in the box. Arroyo got the full point with an extra piece on the board.

Also in round two, Manasota's Ellie Levy was able to best her higher-rated opponent, Leora Halfon, on the black-side of a London System on board 6. Levy was able to tactically capitalize on Halfon's premature Ne5 by deflecting the e-pawn and scooping up two pawns. While Halfon attempted to untangle, Levy kept the pressure up and snagged a hanging queen. Levy never faltered here, maintained her advantage, and checkmated her opponent following a promotion.

For the clubs that day, the result of the match was less important than the value of the bonds forged by the experience.

“Chess transcends national, cultural, and economic boundaries, and brings people together in positive ways,” said Manasota Chess Center’s Founder and Executive Director Nick Lewis. “While chess allows us to compete, it also lets us connect. Through our match with Tel Mond, everyone had a fun day of competition, but we also cultivated new international friendships.”