Magnus Carlsen Is the 2017 Isle of Man Champion 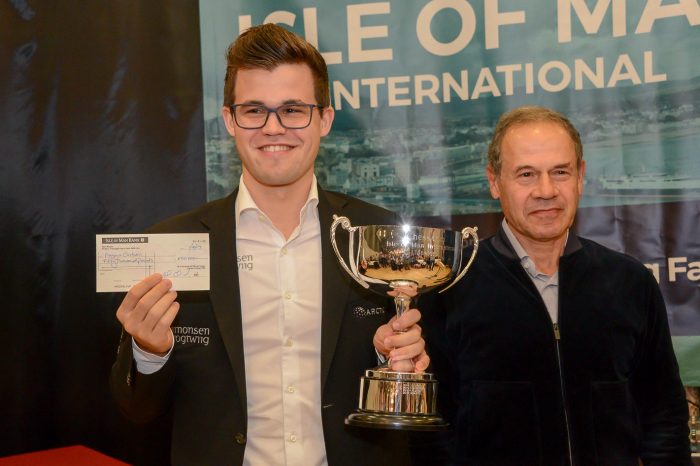 Magnus Carlsen with his prize check and trophy at the closing ceremony. Photo: John Sanders
Magnus Carlsen captured clear 1st at the Chess.com Isle of Man Masters with 7.5 points out of 9 games. Surprisingly, this is Carlsen's first classical tournament victory in over a year. In the penultimate round, Carlsen nearly sealed the tournament win after defeating Fabiano Caruana with the black pieces. Facing a novelty (15. g4!?) in the Ruy Lopez, Carlsen built up a strong counterattack. Can you find the tactic he used to defeat one of his biggest rivals of the tournament?

Show Solution
Here is the full game:
In the final round, Hikaru Nakamura was still in contention, trailing Carlsen by only half a point. However, Nakamura faced Carlsen with the black pieces, and Carlsen forced a repetition at the first opportunity, clinching the tournament. 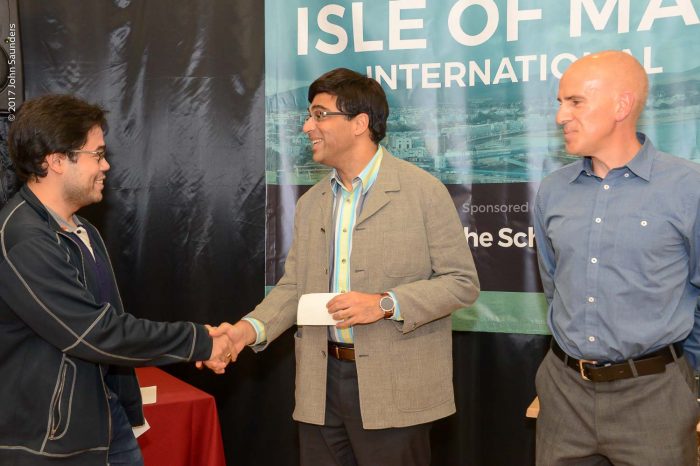 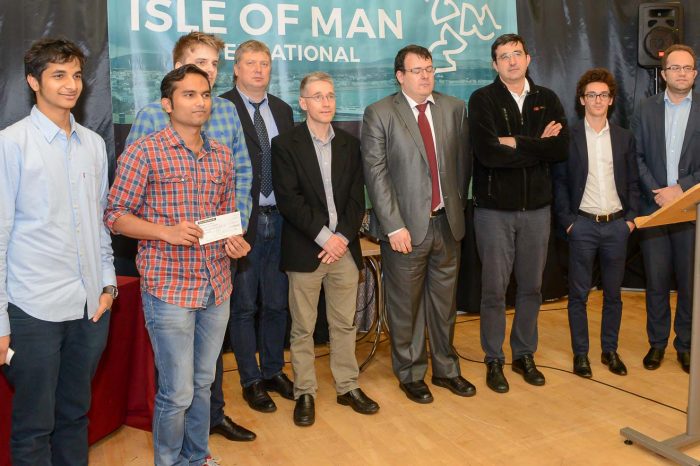 How did Caruana create a strong attack?