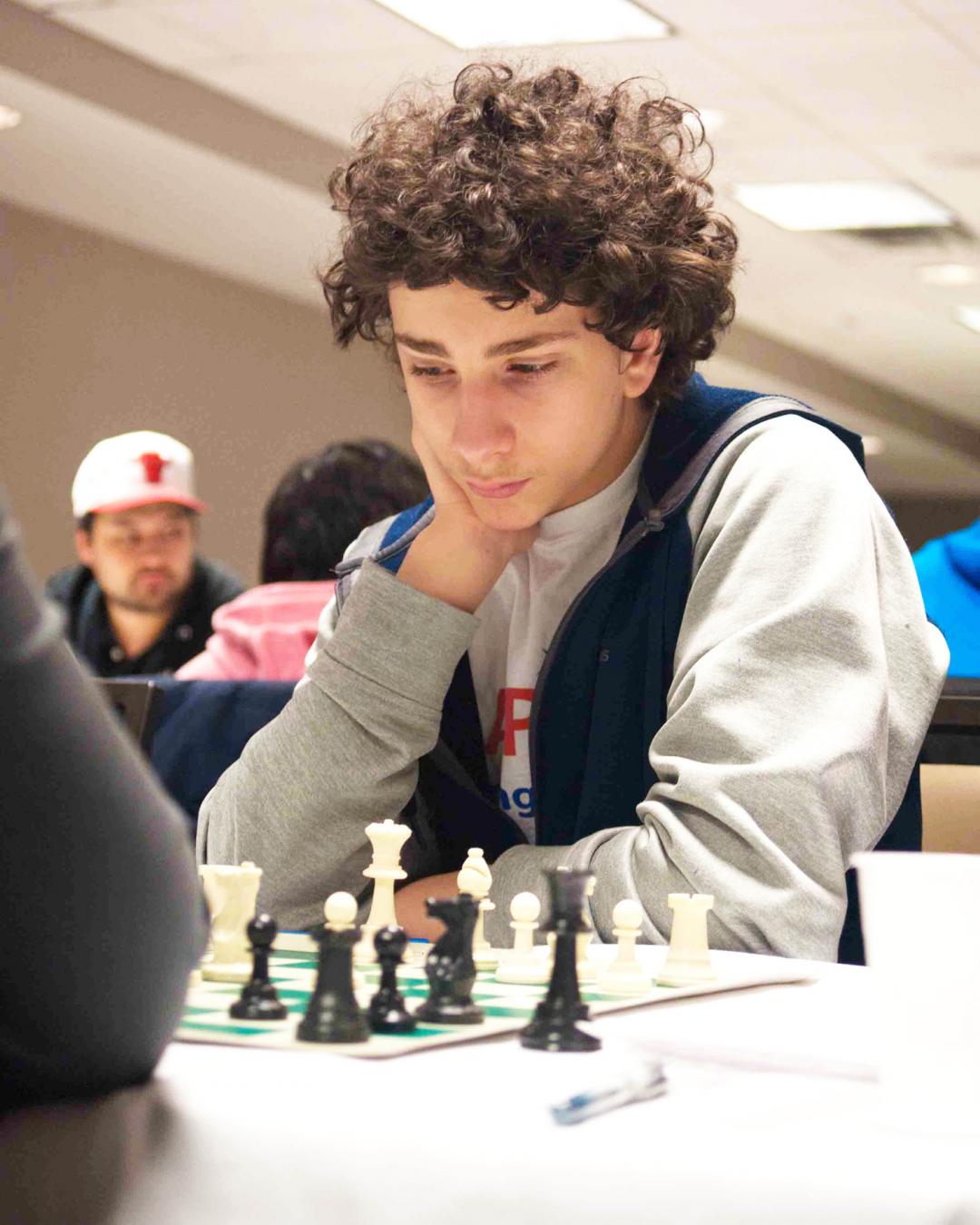 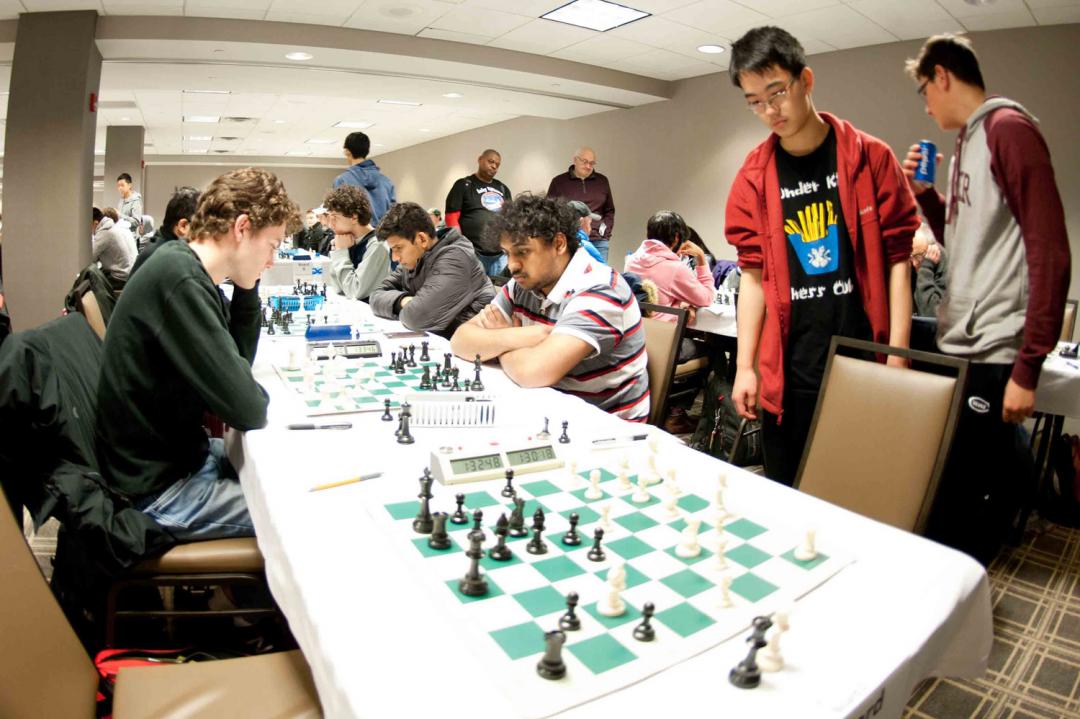 Liquid Knightrogen
Mother Nature tried her best to shut down the U.S. Amateur Team North on the last day of competition with a blizzard that began in the wee hours of Sunday morning. Players arrived chilled and damp for their pivotal round four games but the desire to play good chess and win was still aflame. Eight teams were in the running to be crowned champion. On table one, two of the top three seated teams faced off. #PolgarVortex2019 was favored to win against Chicago Coyotes Junior Squad but victory eluded them. 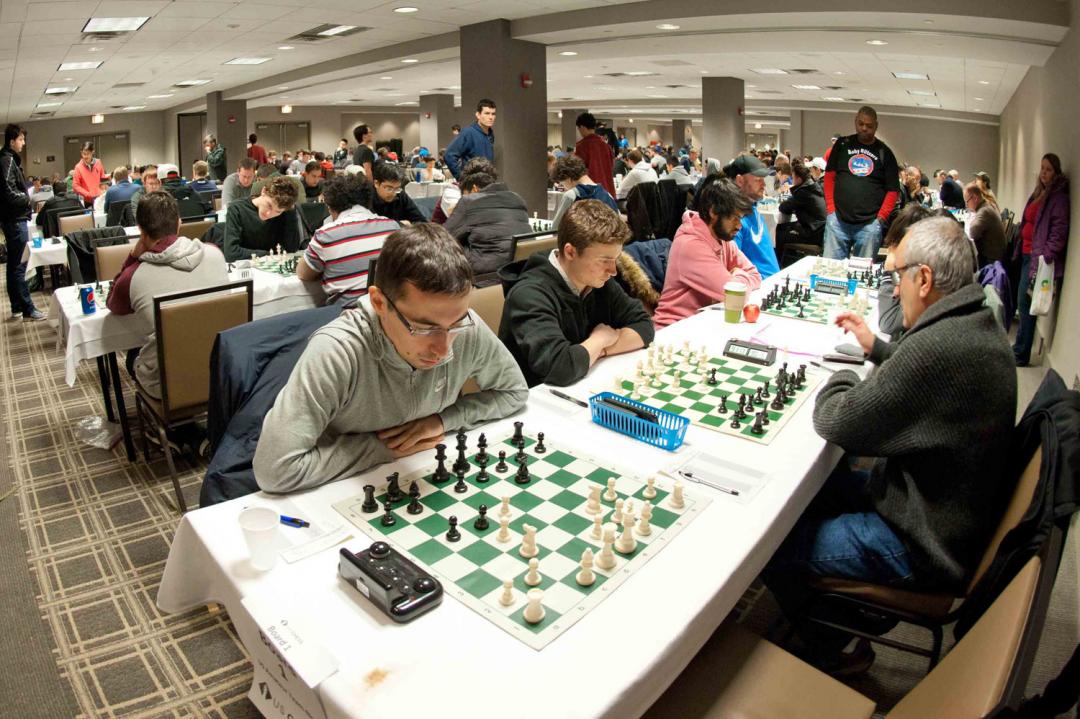 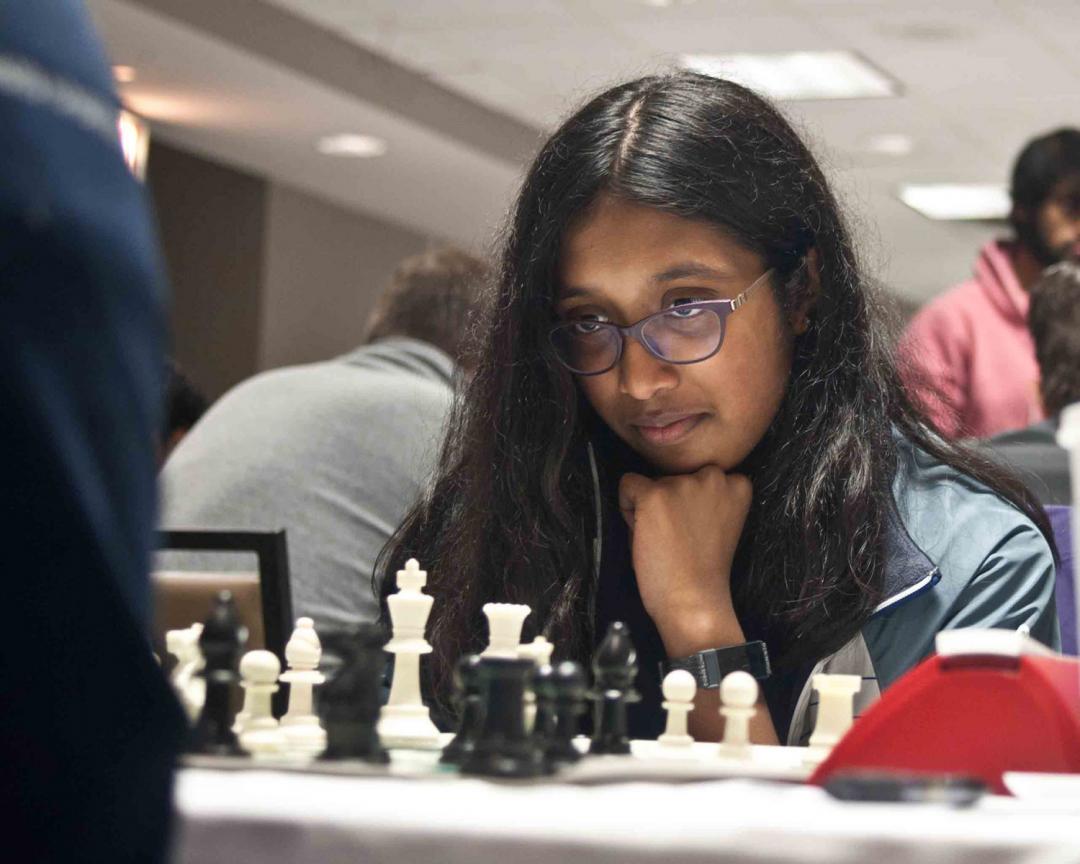 Guair Menon of the Chicago Coyotes, Photo Betsy Zacate Dynako
Frustrated with both the team’s and his own performance captain FM Tansel Turgut had some pointed words of disappointment when the match ended. His mood quickly improved though when he learned Liquid Knightrogen, the team his son Aydin Turgut captained, drew against Zugzwang. The deciding round began with five teams still within reach of the championship crown. Chicago Coyotes Junior Squad (4.0) was paired with Funding Secured. (3.5). This left the rest of 3.5 point teams to battle it out. Liquid Knightrogen and UChicago were matched on table 2, while Prophlaxative Blockage and Zugzwang meant at table 3 and CapitalOne played King Arthur’s Knights (3.0). The games ran late into the evening, the air only growing thicker with tension as it became clear there would be a three way time for first place. In the end, tie breaks determined who would move on to the national play offs. The honor went to Liquid Knightrogen. Prophylaxative Blockade placed 2nd and Funding Secured ended in 3rd. 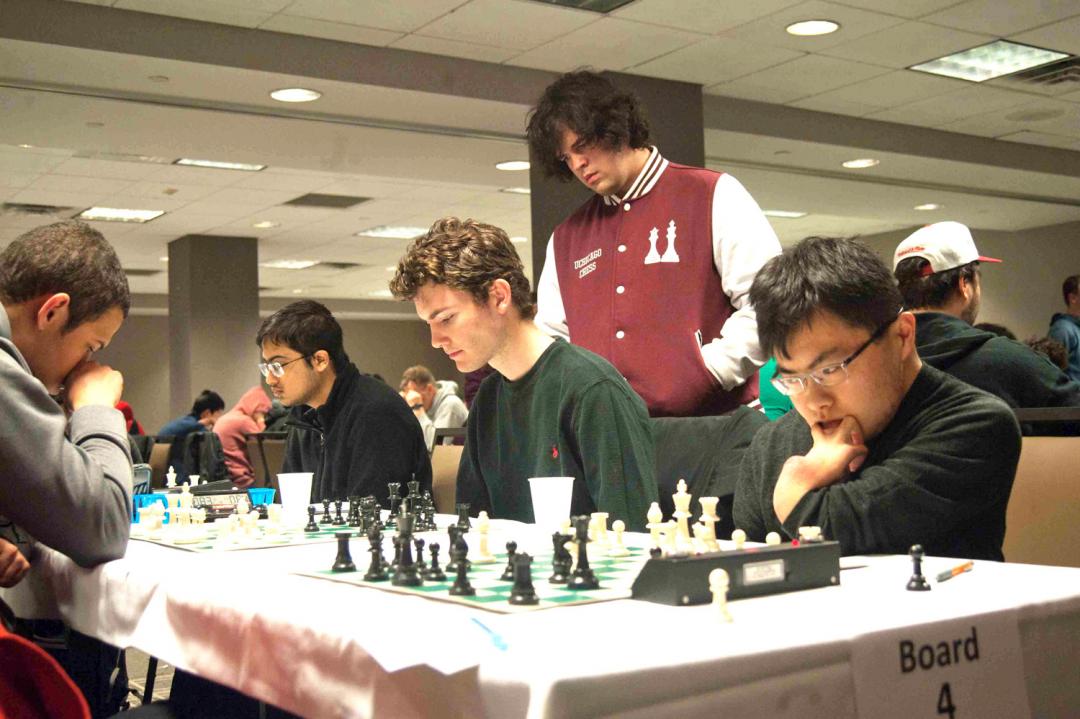 U of Chicago in the final round, Photo Betsy Zacate-Dynako 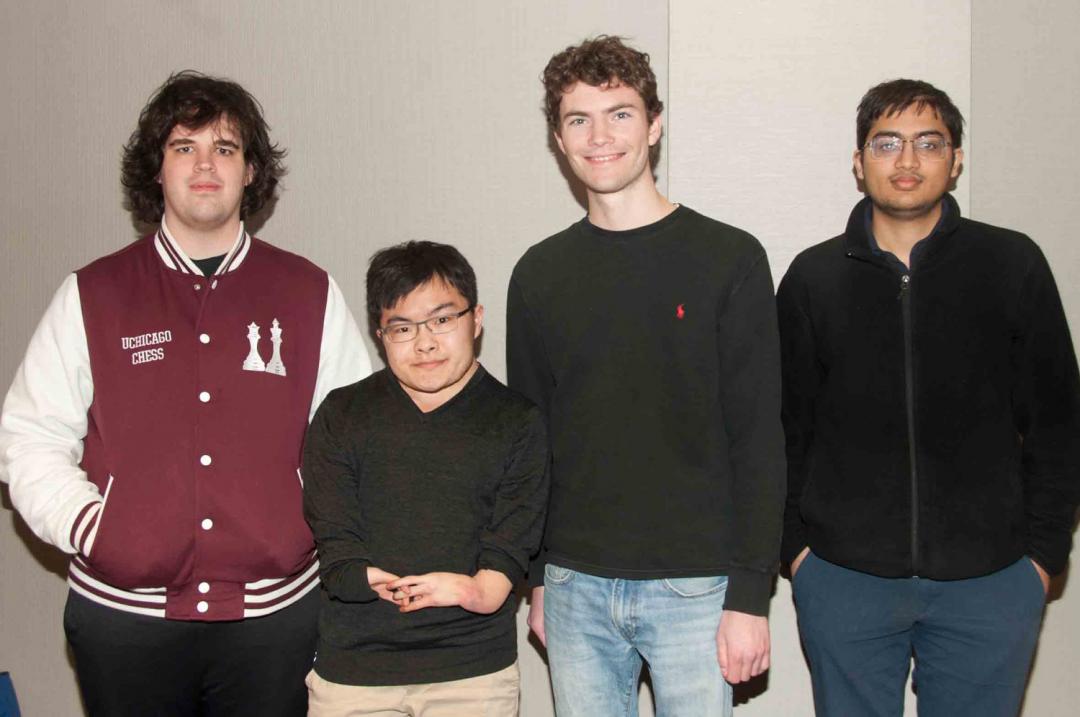 U of Chicago Team: Jimmy Krishna Christensen, Hibiki Sakai, Cale McCormick and Jay Yalamanchilu, Photo Betsy Zacate-Dynako
While the Am Team North is known for quality chess many elements of the event are meant for sure enjoyment. Something the organizers of Chess Weekend, Glenn Panner and Maret Thorpe specialize in. Team names add a lot of flavor to the event. While there is no prize for most humorous match up, if there was it would surely have gone to the round one pairing of The French Fries (Iowa) against The Big Mac Attack (Illinois). The battle was a greasy one but the Fries emerged victorious. Rumor has it, ketchup was involved. This year Chess Weekend extended voting for Best Team Name to the audience at home through online voting, the winner was Sac My Left Knight. The team was lead by Board 1 over all winner Matthew Stevens. Stevens finished the weekend with a perfect score. When asked how he felt about the team name win he replied with a grin, “I feel good. $50 for coming up with a name.” Not a bad deal. 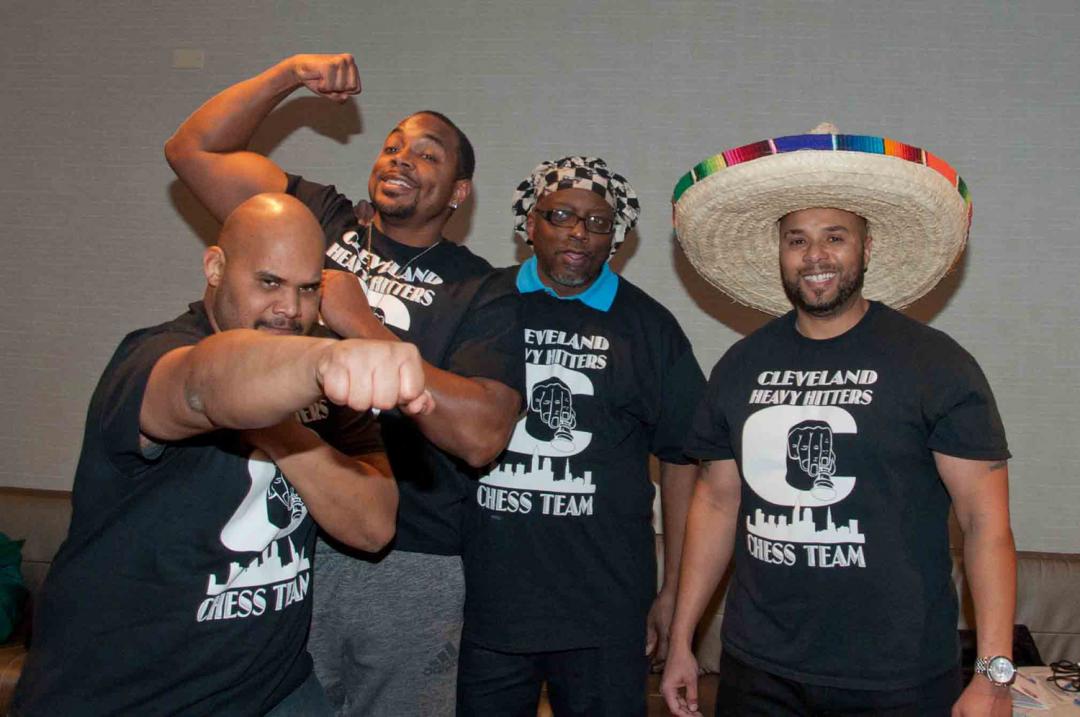 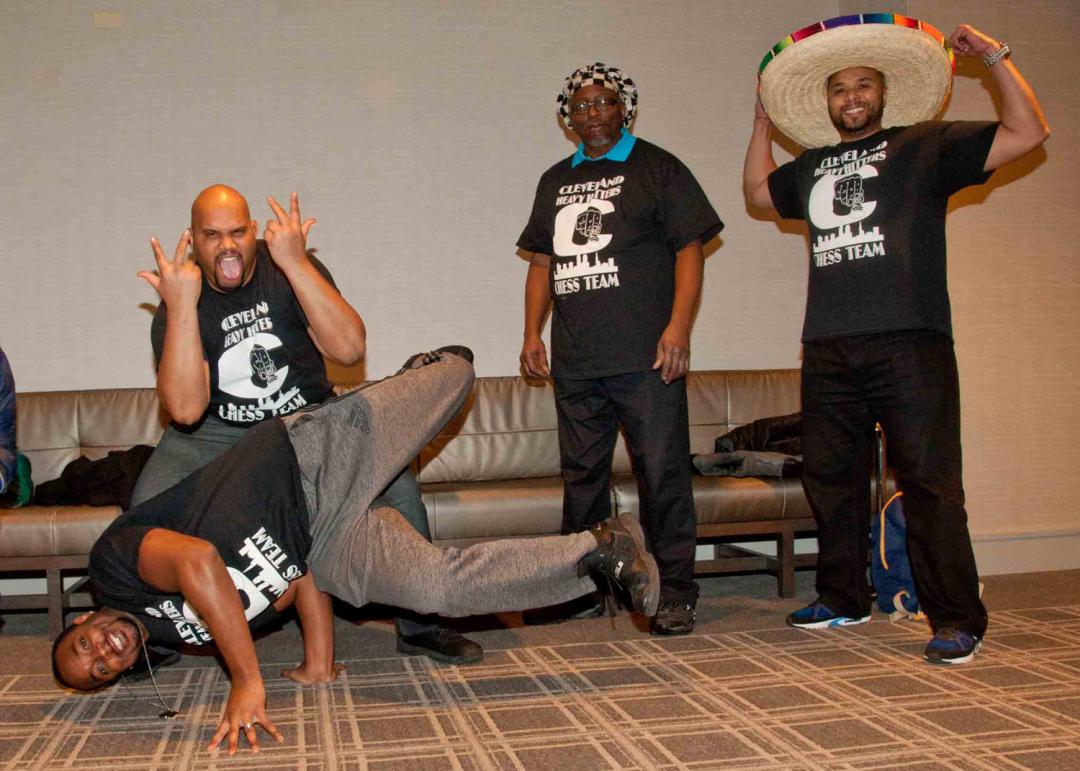 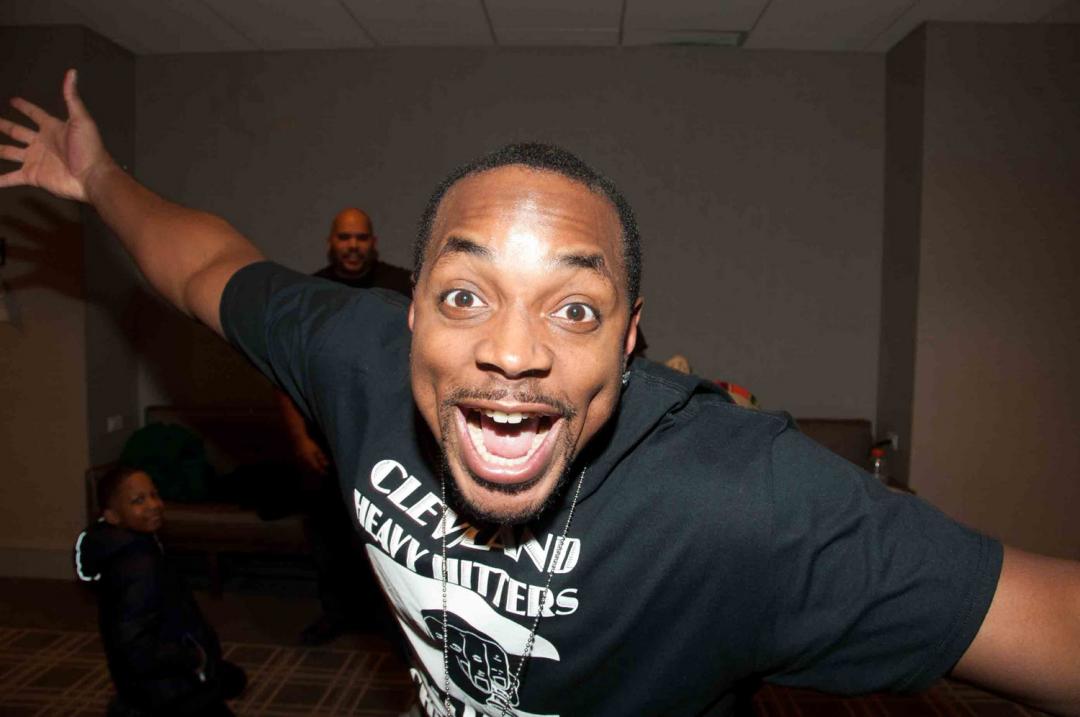 My Dad’s at the Bar was nearly awarded Best Team Theme or Costume but in the end the title went to WIN-KINGS Knights. Both teams were comprised of scholastic players whom were lavished with fan and parental support. After years of tournament play the teenagers of My Dad’s at the Bar had grown tired of repeatedly being asked “where are your parents?” The team decided their answer, “My Dad’s at the bar” should be there team name to ward off having to repeat themselves. 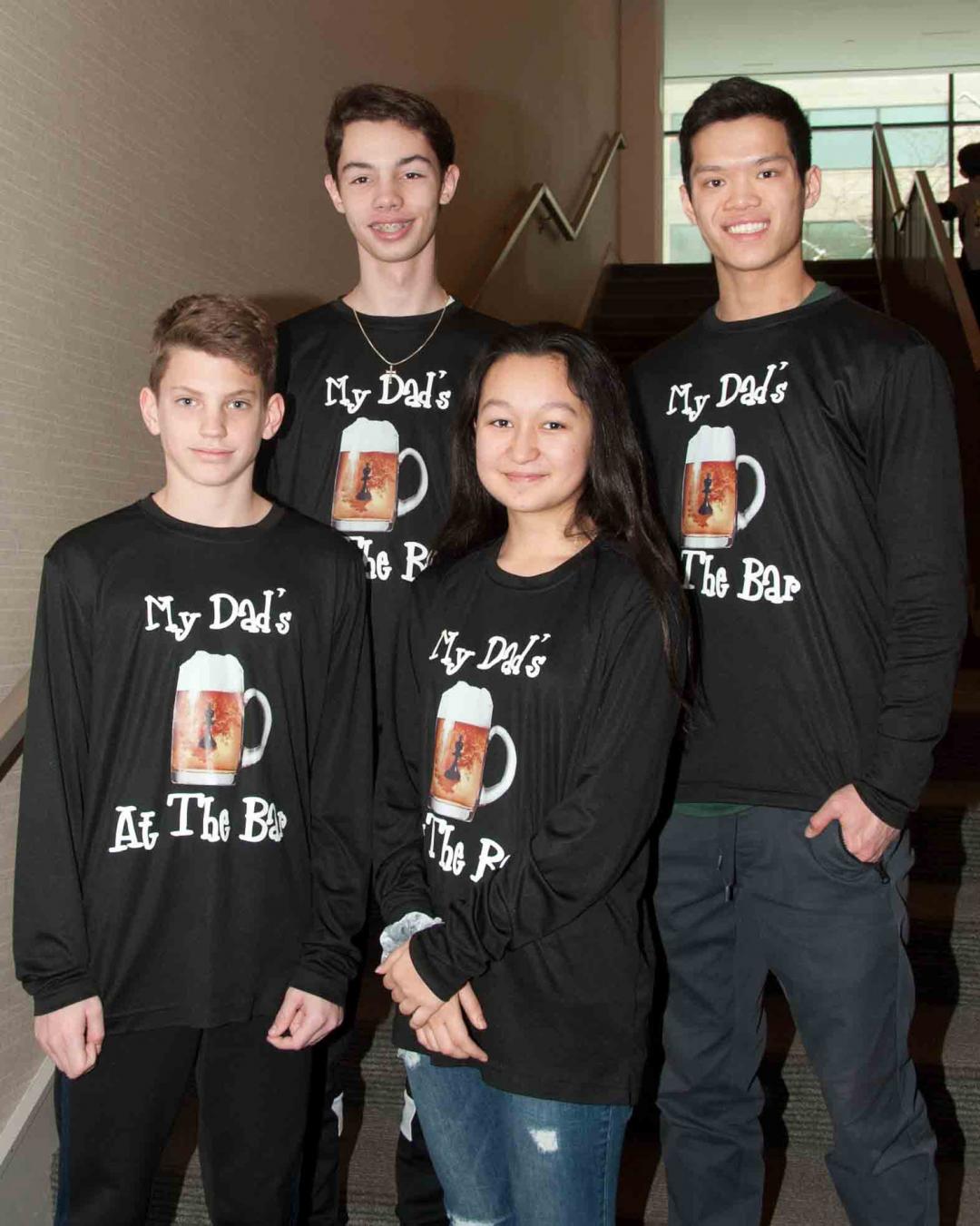 "My Dad's at the Bar", Photo Betsy Zacate-Dynako 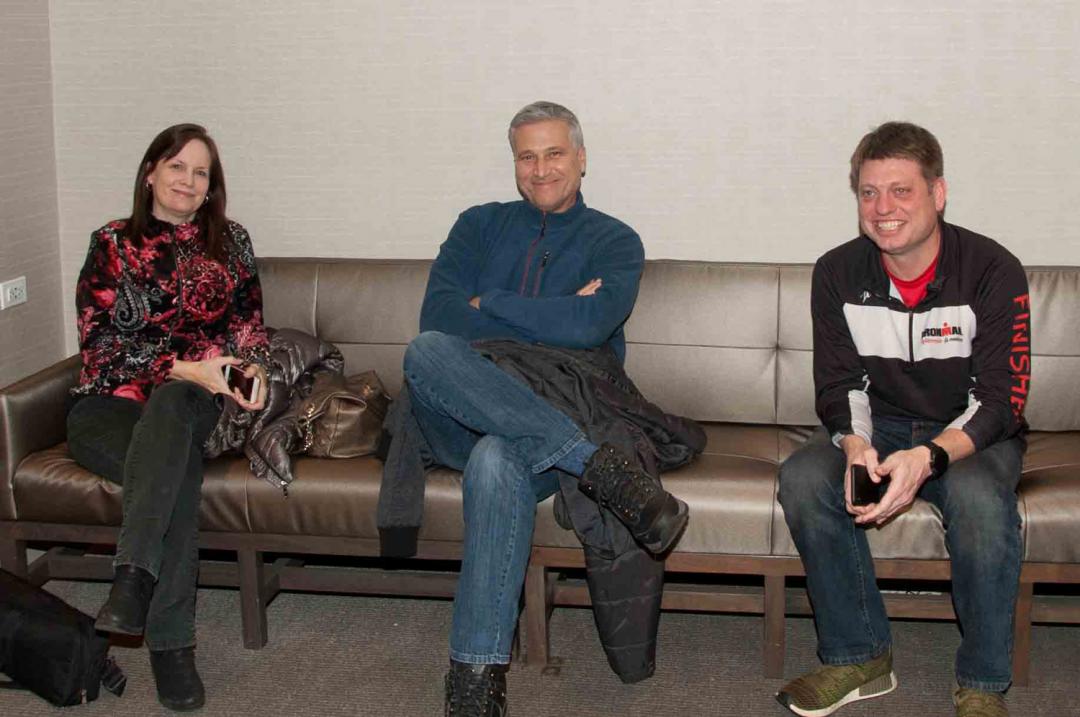 My Dad's at the Bar Parents spotted NOT at the BAR, Photo Betsy Dynako Zacate
While their smart graphic shirts were eye catching, the WIN-KINGS Knights took the prize for sporting black and white checkered caps, custom shields and medieval themed weapons. 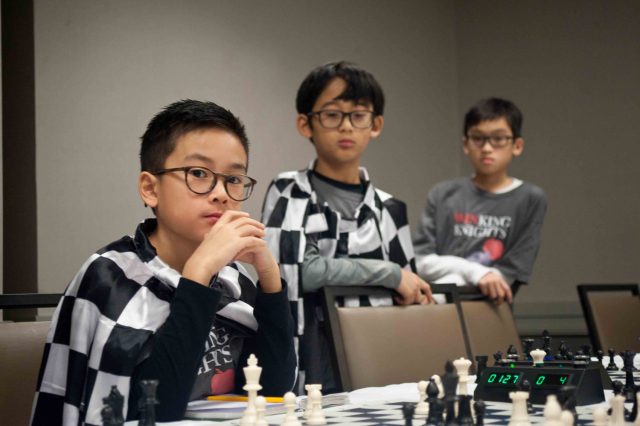 WIN-KING-Knights, Photo Betsy Zacate-Dynako
Glenn Panner was proud to share that this was the fifth year in a row the tournament has grown declaring, “Next year we are breaking 100 teams, New Jersey we are coming for you.” This year’s growth caused a need for additional playing space in the form of an additional mini playing hall. Next year the main ballroom of the hotel will be booked for the playing hall. Along with his partner Maret Thorpe, Panner extends a thank you to their staff, directors Donna Wallach and Sam Shoykhet as well the all of the players for the event’s continued success. Panner vowed “More space, more prizes” for 2020.
Top three teams
Liquid Knightrogen Prophylaxative Blockade Funding secured. Top teams with average rating  Under 1900 Kid You Not Under 1600 SWSC State Warriors Under 1300 Fian-keto Diet Under 1000 Draw? Best team name - Sac My Left Knight Best costume or theme - WIN-KING Knights Top team composed of juniors (high school and younger) Chess From A to Z Top college team (all players in college) UChicago Top high school team (all players in high school) Bishtompers Top senior team (all players 50 and over) Rathskeller Revival Top mixed doubles team (two women and two men) Nbd2: Knight/Bishop Dominate Top individual score on each board. Board 1 Stevens, Matthew James, Sac my Left Knight Board 2 Coffman, Charles Z, Dark Carfacz Board 3 Zaloznyy, Mike, Prophylaxative Blockade Board 4 Donnahue, Tim, Funding secured. and Ho, Kevin, King Arthur’s Knights 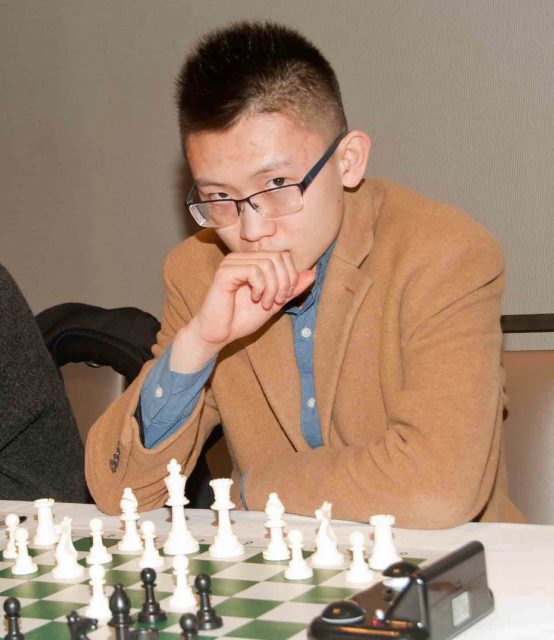