Our September Ladies Knight guest is NM Sarah Chiang, a graduate of Washington University in Saint Louis, a med student and an advocate for girls and women in chess.  She is one of a handful of female players who have played in both the US Women’s Championship as well as the US Junior Championship.

During her time at Wash U, Chiang studied the stereotype threat and how it manifests in chess, titling her paper “A Man’s Game: Analysis of The Gender Divide in Chess.”

Sarah’s degree is in biochemistry, and she also took a creative writing courses. One of her pieces, “A Lone Cherry Tree”, chronicles her trip to play in the Pan-Am Championship in Peru, where she was the only girl among 60+ players in the Open Section. Here’s an excerpt from that:

Usually, I took pride in being one of the handful of females battling over a chess board. But I wasn’t naïve. People have long asked me, “Do you know how to play?” or “You’re playing in that section?” or “You’re a master??” Usually, I stashed those comments in my bag of funny stories. But this tournament was different. I had never been doused with so many degrading comments, and it was difficult to prevent them from seeping in. Why did my gender matter? Why didn’t people tell the kid who placed last in my section that he didn’t belong? Why did people still question me when I tied for sixth out of over sixty players? 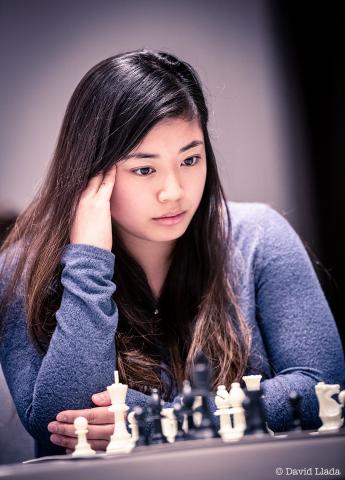 Find out about our US Chess Women programs, including our girls club and women’s classes at uschesswomen.org. We appreciate every donation and renewal. Love the podcast? Subscribe to us, review and share favorite episodes of Class is in Session or Ladies Knight on social media or with friends