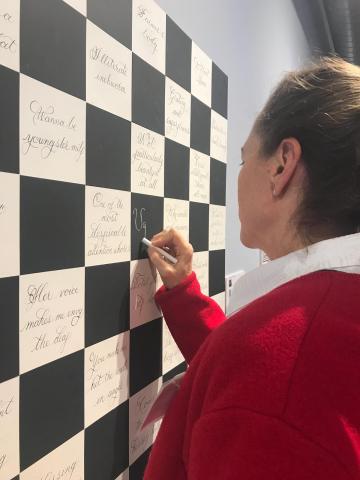 Jennifer Shahade welcomes artist, sculptor and Fulbright Scholar Donna Dodson to Ladies Knight. In 2018, Dodson created an epic chess set for a show at the Boston Sculptors Gallery, “the Match of the Matriarchs,” and she invited Jennifer, Daniel Meirom and Kledia Spiro to collaborate with her. The centerpiece of the show was a chess set featuring massive sea creatures made in wood, with Cephalopods (octopuses, squid, cuttlefish) against cetaceans (marine mammals like whales and dolphins). 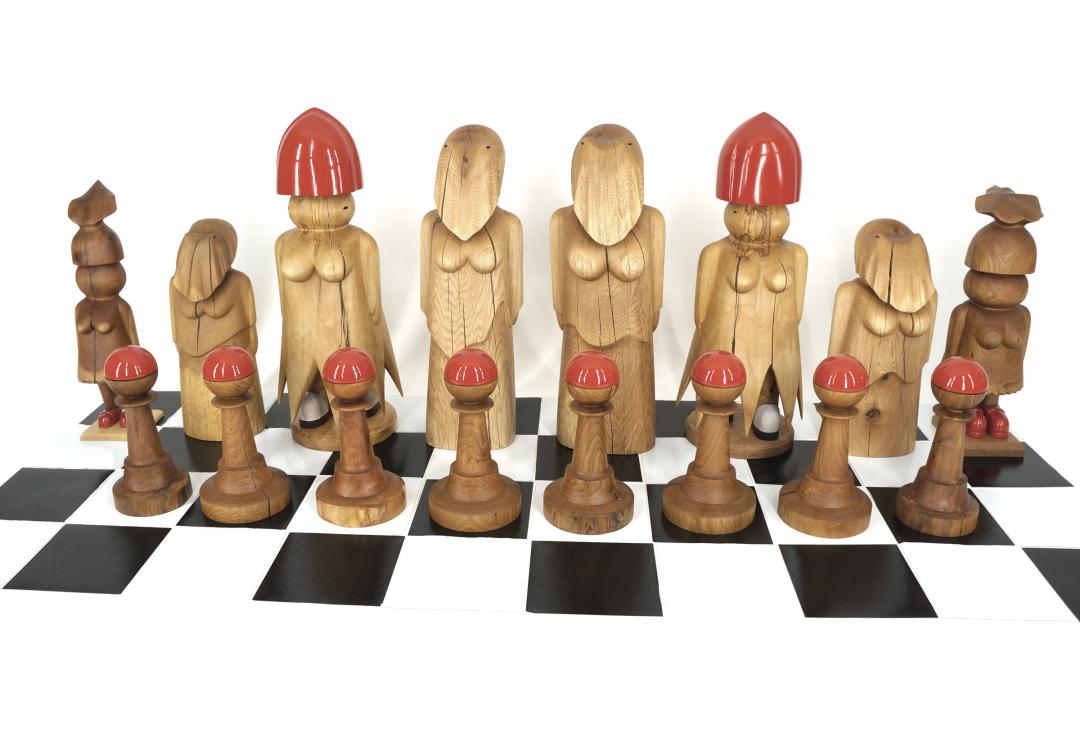 Donna discusses the concept behind the work as they dive into the intelligence of octopuses. Dodson also talks about her own contribution to the interactive piece Jennifer and Daniel created, “Not Particularly Beautiful” which traces the fear of powerful women in chess back to the madwoman chess queen that rose to power in the 16th century.

They also touch on a performance piece alongside the 2018 show, where Jennifer played chess player and mathematician Vanessa Sun on the extraordinary set, while artist and Olympic weightlifter Kledia Spiro performed.

Dodson also discusses a controversial work she created, Seagull Cinderella, which was beloved by many, but also attacked as a “duck with boobs” by one irate community member in New Bedford, Massachusetts. Jennifer and Donna tie the incident into another work Jen and Daniel contributed to the show, Breast Milk vs. Formula, as well as recent controversies in the chess world.

Find out more about Donna’s work on her website, including her critically acclaimed recent show, Amazons Among us (where she also collaborated with Spiro), and the Match of the Matriarchs. You can also follow her on twitter @artistdonnad.

Find out about our US Chess Women programs, including our girls club and women’s classes at uschesswomen.org. We appreciate every donation and renewal. Love the podcast? Subscribe to us, review and share Ladies Knight on social media or with friends.