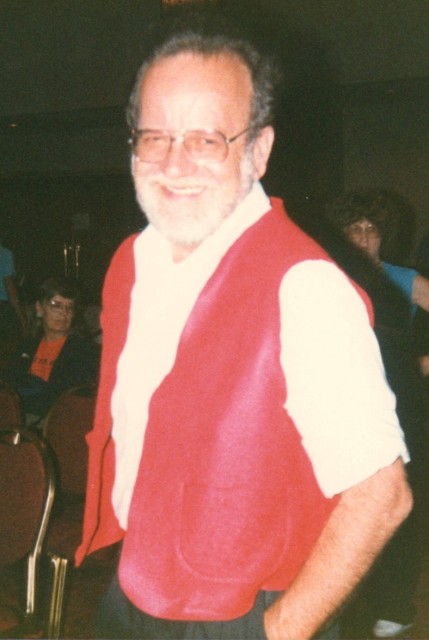 The US Chess Federation presented Kornelijs (Neil) Dale with an “Outstanding Career Achievement Award” at the 2012 U.S. Open. For most of that chess career, Neil was Professor of Accounting at Mt. Hood Community College and spent his weekends directing tournaments for the Portland Chess Club. Neil donated his directing fees, which allowed the club to maintain a permanent, spacious location. Neil served on the Portland Chess Club Board of Directors, most recently from 2000 through 2014, until colon cancer forced him to give up chess volunteering. The Portland Chess Club Board of Directors renamed the Portland New Year’s Open (formerly the Gresham Open) as the Neil Dale Memorial Open. The club’s Web site states, “Neil started and ran the Gresham Open many times. Neil volunteered countless hours to chess in the Portland area, including running hundreds of tournaments over many decades. We hope everyone can stop by to pay their respects and share some memories of Neil before the start of round 1.” The tournament is January 7-8, 2017 and will be held at the Portland Chess Club, 8205 SW 24th Ave, Portland, OR 97219. The Neil Dale Memorial Open will be an annual event at the beginning of each year. Starting in 2009, Neil volunteered as a chess teacher at Fisher’s Landing Elementary School in Vancouver, WA. Neil and his wife of 19 years (Lynn Fromme) lived about 20 minutes from Fisher’s Landing. Neil emailed in March of 2011, “My grandson Justin (Rasa's kid) goes to school there. While Lynn & I were on a cruise in February, they had a tournament & he tied for 1st.” In addition to his wife Lynn and grandson Justin, Neil is also survived by Justin’s younger sister Alyssa, both children of his daughter Rasa Keanini (husband Milton); and by his daughter Daina Hardisty (husband Dan; children Laila and Magnus) from Gresham, OR, daughter Mara Dale (husband Hugh Sakols) from Yosemite National Park, CA, and son Andrew Dale (wife Grace; children Kris and Katryna) from Santa Clara, CA. Daina, Mara, and Rasa’s mother Liga Dale née Cielena, Neil’s second wife, also survives Neil. Neil's first wife Ingaborg Dale née Weiss and Neil's grandson Brandon are deceased. Neil’s sister Sibilla Hershey and her husband Gerry (Davis, CA), and their sons John and Peter, also survive Neil. In addition to travel (as noted above, mostly by cruise ship), Neil enjoyed cross-country skiing, crossword puzzles, reading, and writing. He composed detailed travelogues and mailed those to friends. Neil was born in Latvia and immigrated with his parents, Viktors and Karola, and sister to the U.S. in 1951. In 1954, Neil joined the U.S. Army and became a U.S. citizen. He earned his Bachelor’s and Master’s degrees from the University of San Francisco, before moving to Oregon in 1970 to teach at Mt. Hood Community College. After learning of Neil’s passing, Original Life Master Carl Haessler posted on Facebook: Neil was a great man and a lifelong chess friend. He will be remembered as a true legend of Oregon chess. Player, Promoter, Organizer and Director ... he did it all, and did so for over 40 years. As a Chief TD his kind but firm demeanor was equally effective at the State Championship and at numerous local scholastic events. Northwest Chess magazine plans a tribute to Neil Dale in its next issue. For that issue, I (Alexey Root) contributed: I dedicated my book Science, Math, Checkmate: 32 Chess Activities for Inquiry and Problem Solving to Neil Dale, writing “For Kornelijs (Neil) Dale, respected tournament director, valued friend.” I first played in a tournament directed by Neil Dale in 1977, when I was 12 years old. His daughter Mara was the same age as me and we became (and remain) best friends. After that 1977 NW Junior tournament, I always stayed at Neil's home when playing in Portland-area tournaments. After I moved away from the Pacific NW in 1987, Neil kept in touch by letters and remembered my children's birthdays with gifts. Whenever I was in the Portland area, I enjoyed his hospitality, which often included him making Latvian pancakes. He was a gracious host as a tournament director and organizer, just as he was to guests in his home.
SHARE:

Thank you for the post. I'll never forget a road trip with Neil to a chess tournament. Great guy!