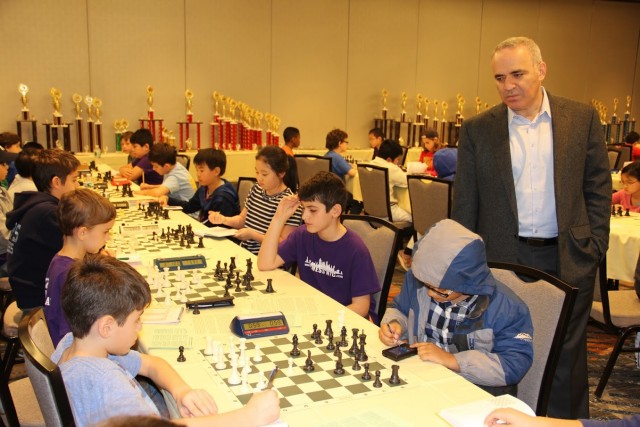 The longest continuously running US Chess rated scholastic championships  is the Greater New York Scholastic Championships.  It is the only scholastic event that is both an American Classic and a Heritage event!  This year was the Golden Anniversary as the event was originated by Bill Goichberg in 1966 and was not held in 2004!  Bill and the Continental Chess Association passed on the tournament to Steve Immitt and Alan Benjamin in 1986 with Steve combining all four events (High School, Junior High, Elementary and Primary) in 1995.  In 2005 the Kasparov Chess Foundation came to rescue due to financial constraints of the event and has been the sole sponsor and owner ever since. Sophia Rohde, of the Little House of Chess and Steve Immitt of Chess Center of New York have performed the organizational duties.  This year was the largest event in the 50 year history at over 1200 players which rivals or even surpasses many USCF Scholastics! Former World Champion Garry Kasparov, KCF’s Chairman, visited Golden Anniversary event both days. The legendary champion toured team rooms chatting with players, coaches, parents and signed books, boards, score books, and even some fashionable chess shoes! 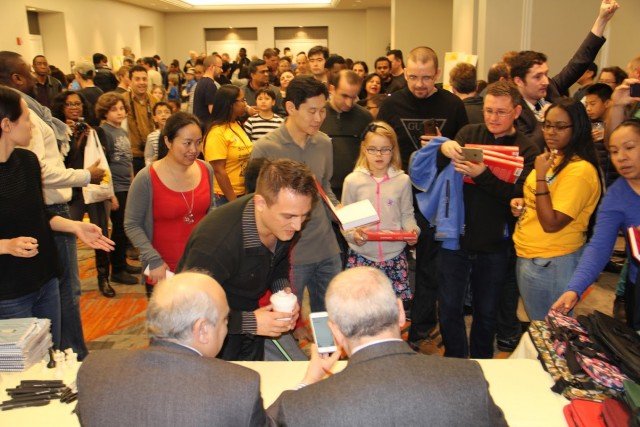 Garry also had time to chat with another invited guest US Women’s Champion, GM Irina Krush. They both found time to stop by the Women in Chess booth and gave encouragement and advice to young up and coming girls. 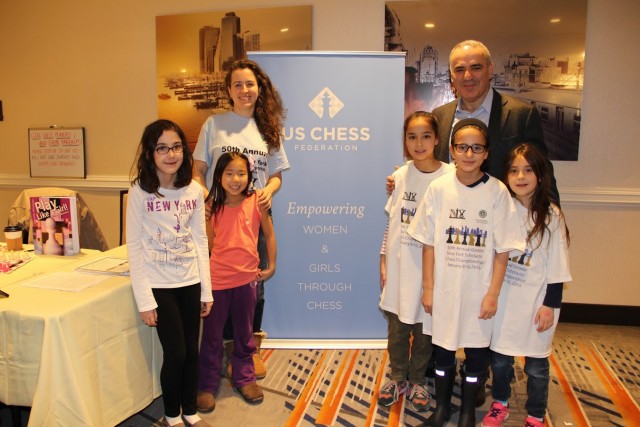 I have been serving as the floor chief for this tournament for the past three years.  Every year I have had a small child come to me and ask for my autograph thinking I was Garry Kasparov!  I don't think there is much resemblance and there is certainly no resemblance in my games! This year I was chatting with Kasparov Chess Foundation Executive Director Michael Khodarkovsky and a small child and his parent asked for Michael’s autograph thinking he was Garry!  At least that one was MUCH closer! One other entertaining episode ws retold Kimberly McVay, member of the US Chess Women’s Committee who was running the Women in Chess booth: Michael joined me at the booth and one girl approached him and asked to sign her scorebook. Michael said – I’m not Garry Kasparov.  I know the girl replied. “Do you know my name?” Michael asked smiling, “Yes, you are Michael Khodarkovsky” – she smiled back to him. The dialogue continued: “What is your name?” – “Erica”, “I will gladly sign your scorebook” – said Michael and graciously wrote encouragement words to Erica. This tournament does not yet have a World Champion among its alumni, but we are getting close!  Hikaru Nakamura is a past Champion and Fabiano Carauna has played four times when he was a child (though surprisingly he never won it)!  Because this year was the Golden Anniversary, we invited GMs and IMs who have won the tournament in each of the past decades to be honored at the opening ceremony.  Unfortunately, GM Nakamura was unable to attend due to his tournament schedule, but we did have several representatives.  We wanted to have a representative present from each decade. One of the honorees was IM Danny Kopec who played in the first even in 1966!  Here are the GMs/IMs who were representing all past players: 1960s     IM Danny Kopec 1970s     GM Joel Benjamin & GM Michael Rohde 1980s     GM Joel Benjamin 1990s     GM Irina Krush 2000s     GM Alexandr Lenderman & GM Robert Hess, 2010s     IM Alexander Ostrovskiy Due to the sheer size of the tournament, it is held in multiple sections with Championship Sections being conducted with six games over two days at G/60 and "Under" sections being conducted with 5 games in one day either Saturday or Sunday at G/30.  This year the Kindergarten, Primary and one Junior High Under sections were Saturday and the Elementary and High School Under sections were on Sunday. Younger players would be eligible for a section on Saturday and an Under section on Sunday.  Many took advantage of this and played 5 games each day! Late Sunday afternoon, I was approached by a parent and asked if anybody had ever entered two separate tournaments and gone 10-0.  Given my limited history (and even more limited memory), I didn't immediately know the answer.  However, at least one player has accomplished this feat:  Hikaru Nakamura won the Primary Championship and the Elementary Varsity in 1997 both with 5-0 scores! This year a young child who wants to be like Nakamura, or more accurately (Magnus Carlsen - sorry Hikaru) nearly equaled the feat.  Seven year old second grader Henry Greengrass was a Primary Under 1000 Co-Champion on Saturday at 5-0. His score also led his team, PS 166 to the team title.  As a champion and team champion, he won 16 months of free entries into CCA tournaments! 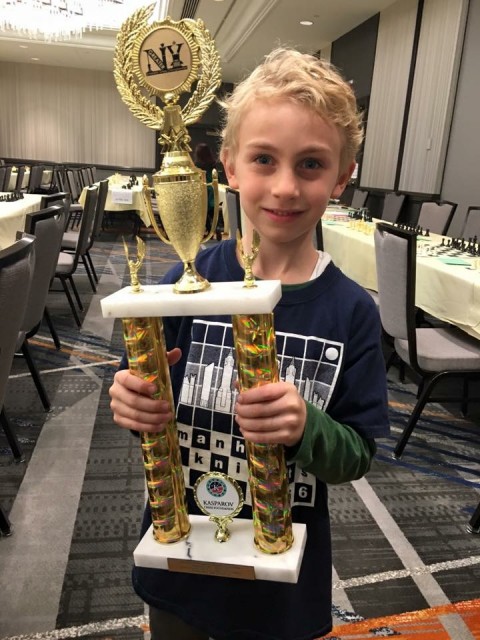 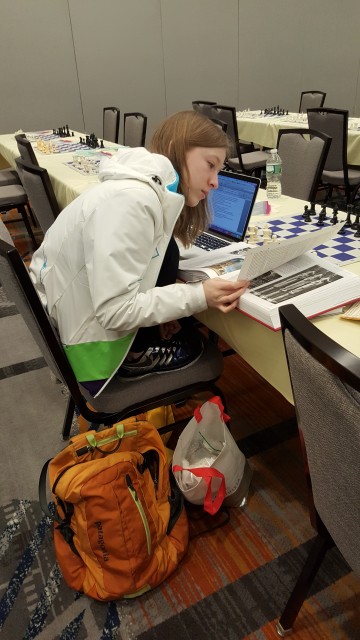