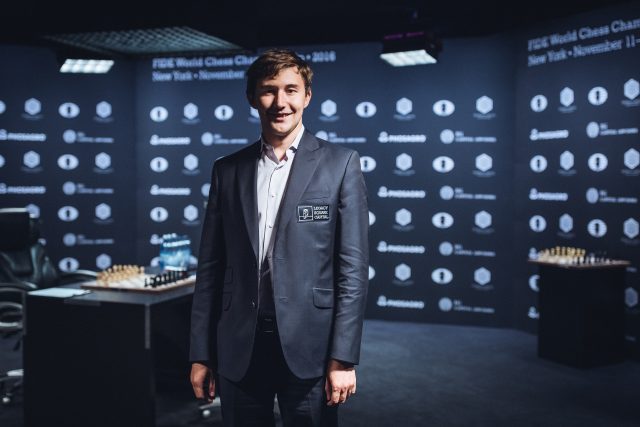 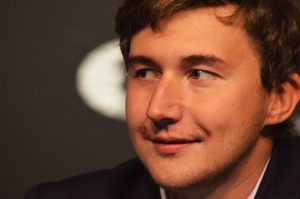 Near time control both players went under 5 minutes with 7 moves to go. Karjakin even had his clock tick down to under 10 seconds before playing move 40. Carlsen seemed to have been able to force a draw in quite a few positions but his usual ability to squeeze a win out of equal positions failed him.  Carlsen resigned on move 52, and he now trails in a World Championship match for the first time ever. 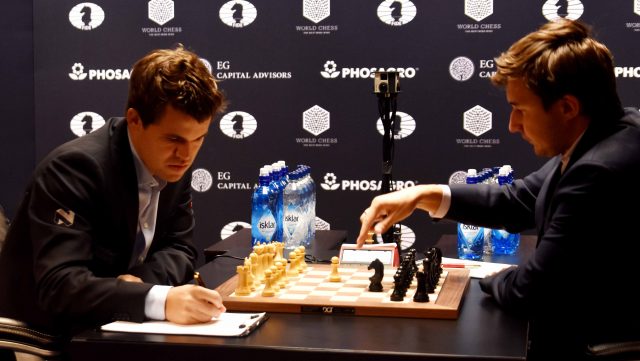 Carlsen stormed out of the press conference before it began. Karjakin obviously exhibited an incredibly pleased demeanor. He was smiling from ear to ear. But, it is clear that he is not counting out Carlsen’s chances. He stressed that this was just one game and anything can still happen in the match. 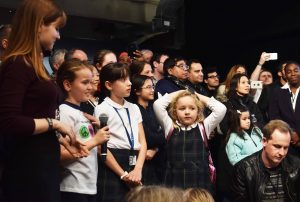 There was also serious star power in the house Top U.S. player, Fabiano Caruana, made an appearance, again graciously mingling with chess fans. When asked about Carlsen’s opening choices Caruana said, “It’s a bit tame.” Alongside Caruana was Neil DeGrasse Tyson, a rockstar of science known for the series Cosmos. Tyson, who played the first move today said,  “I just like to watch high performance in humans.” His interest in chess started when his son started playing. He humbly commented that they stopped playing when his son started beating him 29 out of 30 games but traveling around to tournaments gave him a view into the culture of chess. 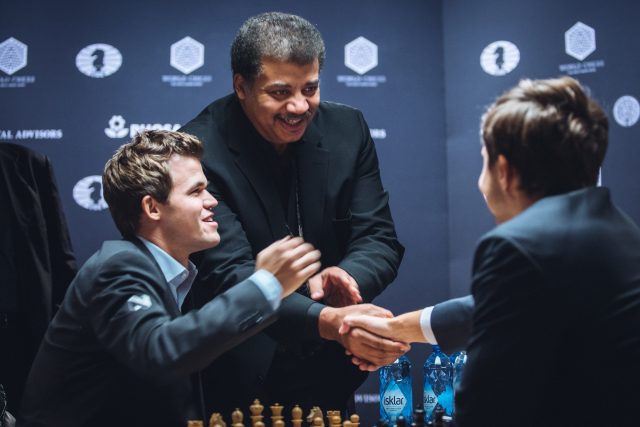 Tomorrow is a rest day which will give Carlsen some time to strategize. The action will pick up again on Wednesday 11/23 with US Chess coverage from GM Cristian Chirila.