Tim Just is a National Tournament Director, FIDE National Arbiter, and editor of the 5th & 6th edition of the US Chess Rulebook. He is also the author of My Opponent is Eating a Doughnut & Just Law, which are both available from US Chess Sales and Amazon/Kindle. Additionally, Tim recently revised The Guide To Scholastic Chess, a guide created to help teachers and scholastic organizers who wish to begin, improve, or strengthen their school chess program. Tim is also a member of the US Chess Rules Committee and his new column exclusive to US Chess, “Just the Rules” will help clarify potentially confusing regulations.

There is tension in the air. A crowd is squeezed around your board. You and your opponent rush to make each move before one of you run out of time. BAM-BAM-BAM, you slam down your pieces while still managing to punch your clock. Your opponent has a few seconds left. Your time is even shorter. You are stalking their king. BAM, you checkmate your foe in an instant, and then your flag falls. Your adversary claims the checkmating move is incomplete. They contend you lost on time. They tell the TD you did not press your clock to prevent your flag from falling; therefore, you are out of time, and the checkmating move is unfinished. After all, they claim, to finish your move the rules say you have to press the clock. The TD denies the claim. You win the game. Why? Checkmate trumps everything if you can deliver it while it is still your move. At the instant the mating move is made, the game is over, and time stops.

Checkmate ends the game so there is no flag fall claim.

The instant the legal move is made that delivers checkmate, the game is over. Anything that takes place after that, like a flag fall, is immaterial. 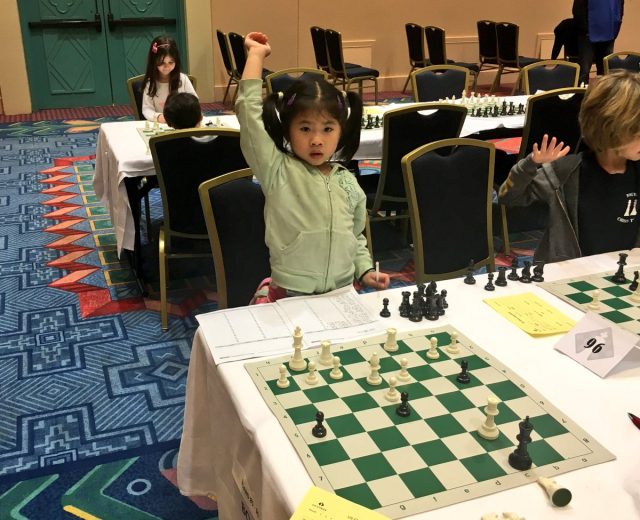 Checkmate is final.
Of course, if you let your flag fall first and then make a mating move; you are out of time and out of luck. Your opponent may now make a legitimate flag fall claim. The rule of thumb is that whichever occurred first, the flag fall or the checkmate, determines how the contest ends. What happens if it can’t be determined which one took place first—the checkmate or the flag fall? Then the checkmate typically gets the nod. Watch out for the times when you and your opponent are in time trouble and one of you delivers a legal checkmating move—but neither of you realize it—and you both play on. When this happens, and it changes the outcome of the game, get a TD; furthermore, discovering a game changing checkmate earlier in the game during a later post-mortem becomes problematical—especially if you, your opponent, and both your scoresheets disagree about the earlier mate. Or, perhaps you are both in full agreement about the earlier game ender. Either way, it is time for a visit to the TD. Interestingly stalemate also instantly ends the game and stops the clock in the same way checkmate does. For the claim to not be a bust, mating material is a must. Your opponent has lots of time left. You have mere seconds. Your flag falls. You are out of time. Your opponent has only a king plus a lone bishop and claims a win on time. Your adversary would never be able to mate you with his material, even if there were no clock on the game. The game is a draw—and the board’s position isn’t considered when this rule is enforced. Only the material on the board is examined. A flag fall claim is linked to mating material. For an official list of material that makes mate impossible, see the rulebook. Interestingly a single pawn is regarded as mating material (you can trade up to a queen!). An interesting game strategy used by some players: Your clock’s flag is about to announce that you lost. Your opponent has mating material. To change your pending zero into a half-point, simply capture enough of your adversary’s pieces so that they are left without mating material!? No mating material means no win on time for them. A player’s fallen flag means they can’t brag. This seems kind of obvious, but you need to have time left on your clock (your flag can’t have fallen) before you claim that your opponent is out of time. If both flags are down in the last (or only) time control—and there are no game ending claims pending before the flags fell—then the contest is a draw. The next few postings will take a journey through the maze of drawing regulations. Browse all of Tim Just's articles here.
SHARE: