Inside the Girls Club Room at the K-12 Chess Champs 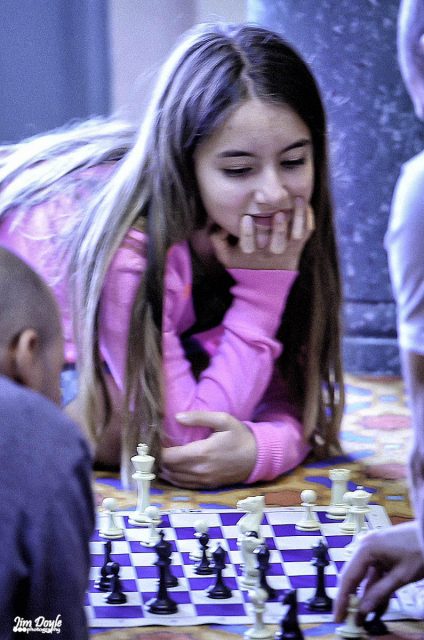 For months, the US Chess Women’s Committee has been collecting data with surveys asking why girls quit chess, what they like about chess, and others information about female chess players. Beyond this, the Women's committee have been working on the best way to promote chess to women and girls. After all, the committee motto is “To Empower, Teach, and Inspire Women and Girls to maximize their potential in the Chess Community.” 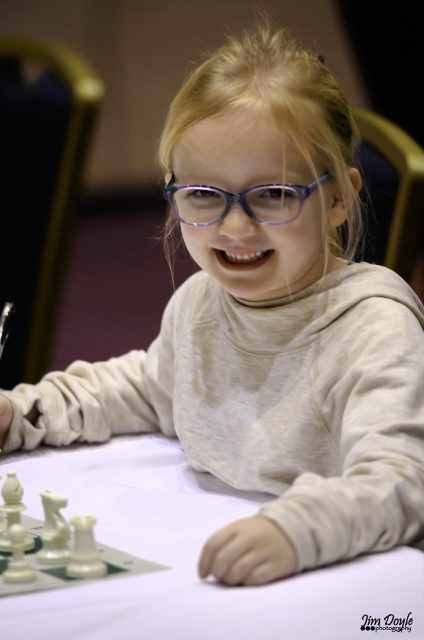 The US Chess Women's committee has addressed this with mixed experimental initiatives, such as a push to having every U.S. state host a girls championship. New York State did that earlier this year, which granted free tournament entries to winners, as well as trophies. 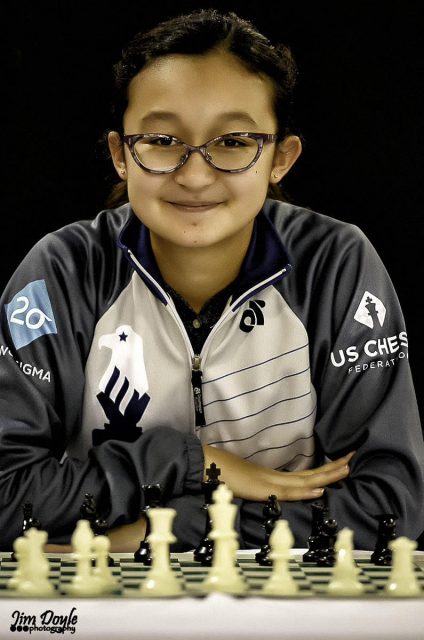 Aria Hoesley
The general consensus has been that it takes volunteers, organizers, coaches, and parents to hold events and encourage a good community and support for females who want to play chess. The committee itself is starting to take a more proactive approach than ever before, as shown in this year’s K-12 National Championship. 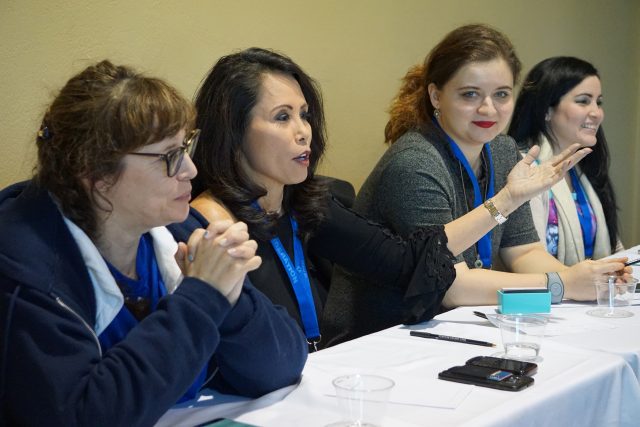 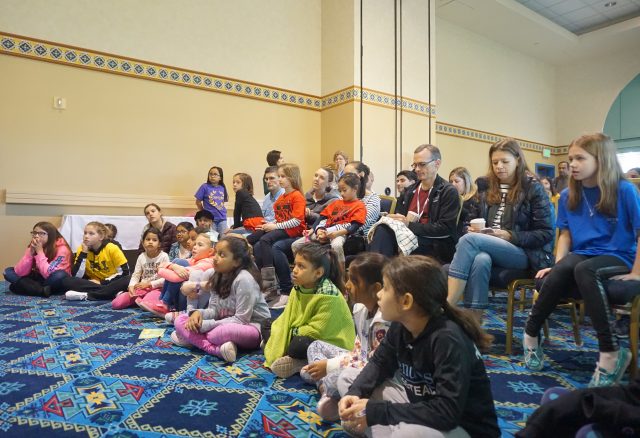 Girls Club Room, Photo Vanessa Sun
The meeting focused on initiatives that parents and anyone who wants to support more girls playing chess can take to improve conditions for females in their chess communities. With over 50 people in attendance, both young girls and parents got a lot out of the discussion. 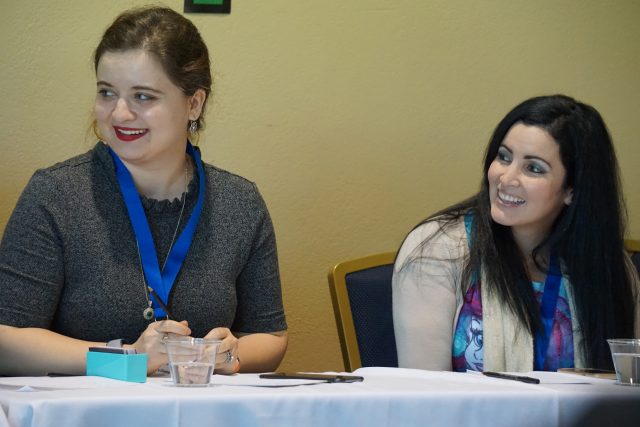 Sabina Foisor and Carolina Blanco
Sabina and Carolina were both asked why they never quit chess. Sabina expressed her passion for chess- it was not something she felt she could quit because she loved the game so much that she could not conceive living her life without it. Carolina talked about how it was necessary for her to build up her chess community and support. When she temporarily gave up chess at some point, it was her brother who reminded her how much she loved chess. Hopefully, the girls in the room were inspired by their anecdotes to stay with chess. 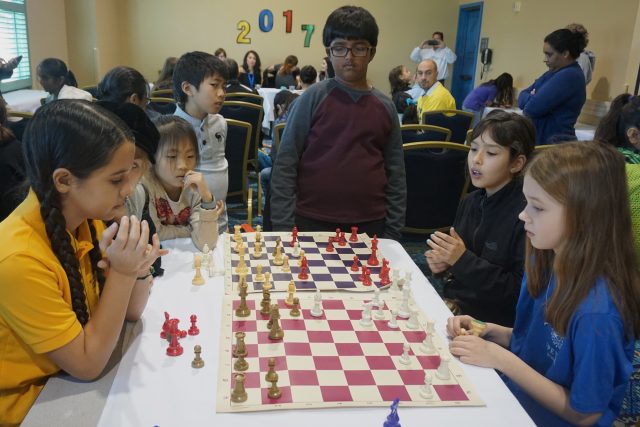 In the Girls' Club Room, Photo Vanessa Sun
Over the next few years, it is clear that the Women’s Committee has a lot of work ahead, including collecting data, consolidating the reason why they think many girls quit chess, and developments to encourage girls to play and stay with the game. Along with all the success of the Girls Room, plenty of girls did well throughout the tournament. 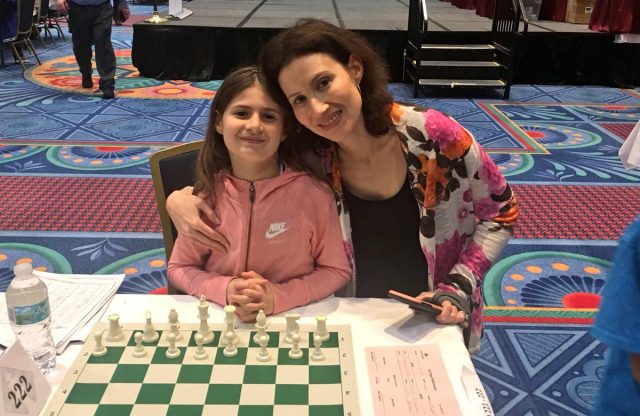 Maya Figelman became the co-champion of the 2nd grade section, having scored 6.5/7 and beating some higher rated players. Entering the tournament with a rating of 1270, she gained over 100 points from this tournament. She even drew a 1900 rated player! https://twitter.com/USChess/status/939666947557527552 Ellen Wang placed 10th in the 5th grade championship, Iris Mou placed 15th in the 3rd grade championship, Whitney Tse placed 7th in the first grade, and Ashlyn Crowell placed 7th in the Kindergarten section. Tianhui/Cindy Jie placed 13th on tiebreaks in the tough 11th grade field. Earlier this year, she was also the only girl who played in the Denker Tournament of High School Champions. 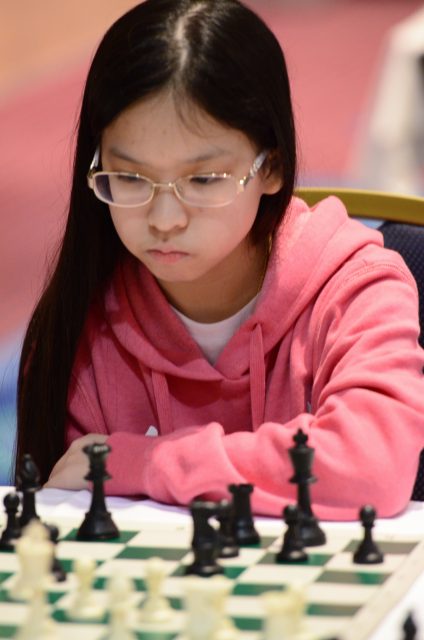 Sheena Zeng, Photo Jim Doyle
Sophie Morris-Suzuki placed 15th on tiebreaks in the 10th grade section, just ahead of Sheena Zeng, who was 17th. Sophie was excited to meet WGM Foisor for the first time at the tournament. 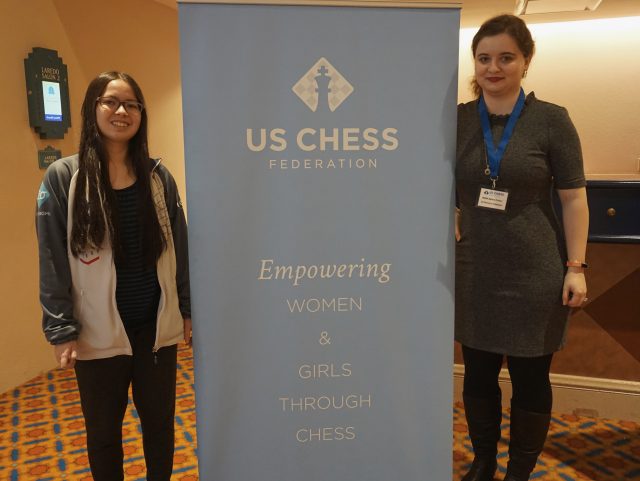 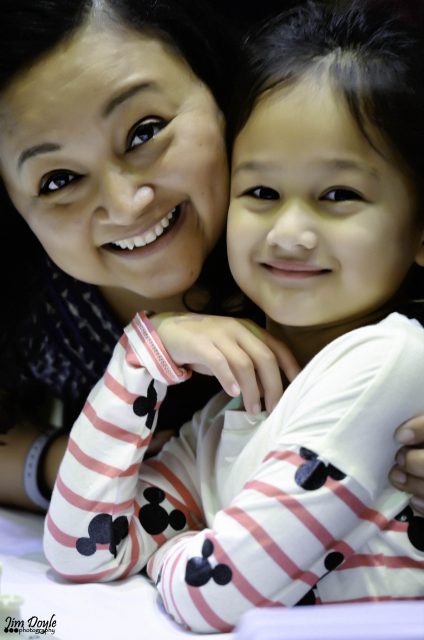 See more information on the Women’s Committee and how you can volunteer here. For more on the K-12 Champs, find our tournament wrap-up, Kindergarten"> Championships highlight video, and browse full standings and pairings.
SHARE: