Rare are those people whose lives have been of such richness and merit that they earn a New York Times obituary the day after their death.

IA Carol Jarecki was one of those people.

Jarecki was a trailblazer in the world of chess direction and organization. She cut her teeth assisting at Goichberg swisses when her son, John, was making his (then) record-setting climb on the ratings charts. After being certified as a tournament director in 1980, she started climbing the charts herself, becoming an International Arbiter in 1984 and a National Tournament Director in 1985.

Jarecki was the first woman to serve as the Chief Arbiter for a world championship cycle match in 1989, when she oversaw the Karpov – Hjartarson quarterfinal match in Seattle. She was chief arbiter of the 1995 world championship match between Kasparov and Anand, and also directed some of the most important man vs. machine encounters, including the match Kasparov lost to Deep Blue in 1997. In recent years she served as Chief TD for U.S. Championships and the 2019 Cairns Cup. Her last directing job was, perhaps fittingly, the 2020 World Amateur Team, an event that she attended and worked regularly. 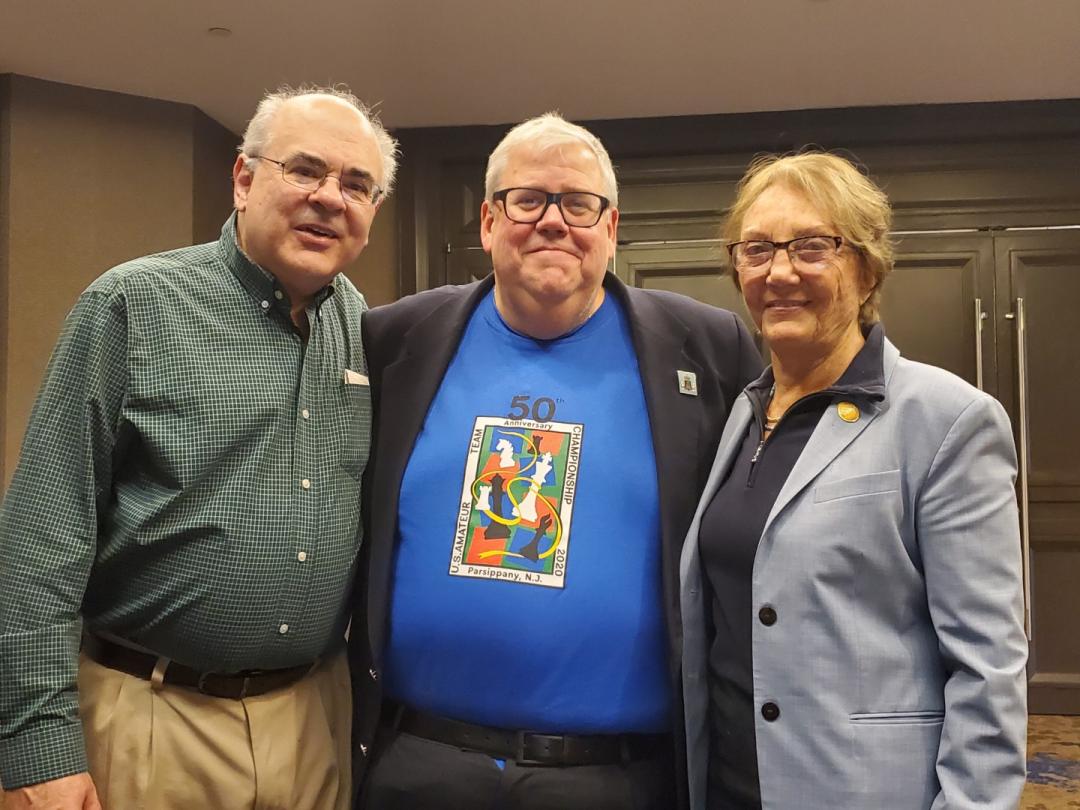 Over the years Jarecki did almost everything there was to do in the world of chess governance. A delegate to US Chess from New York, and the FIDE delegate for the British Virgin Islands, Jarecki served on the FIDE Rules and Regulations committee, and was the co-author of the fourth edition of the US Chess Rules.

For all of her contributions to the chess world, Jarecki also led a fascinating life away from it. She was a licensed pilot who flew across the country for her tournament work, and perhaps most famously, she was part of one of the greatest tales in gambling history, working together with her late husband, Dr. Richard Jarecki, to beat the casinos (legally!) at roulette, winning over one million dollars in the process.

Tributes to Jarecki are pouring in wherever the news of her death has been reported. For perhaps the most interesting of these, check out the Reddit post created by her grandchild.

US Chess will have a full appreciation of Carol Jarecki in an upcoming issue of Chess Life.

Had the pleasure of working…

Had the pleasure of working with Mrs. Jarecki at a few US Amateur Team Tournaments. She will be sorely missed.