“I will persist Until I Succeed.” 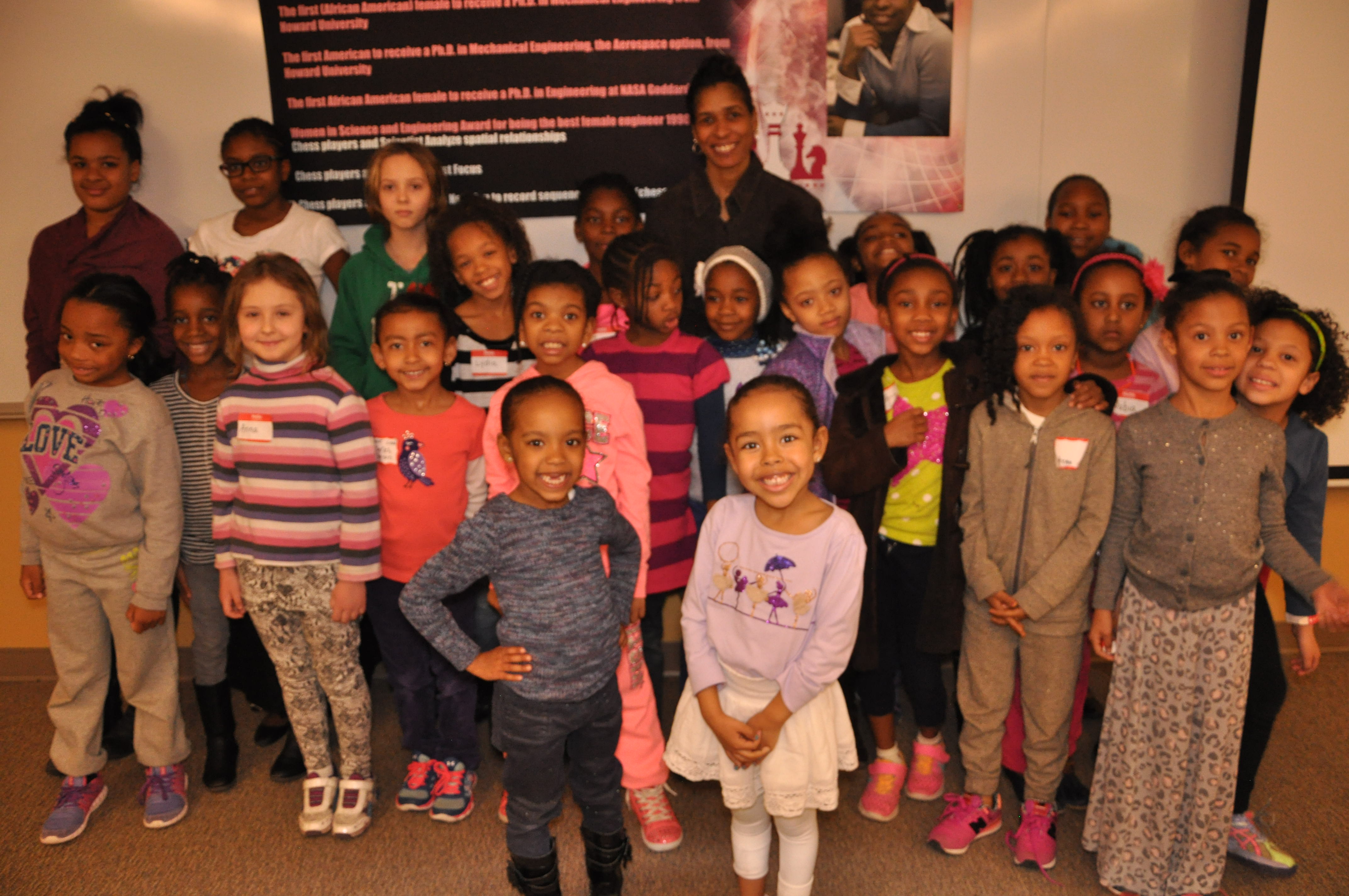 Dr. Aprille Ericsson of the Goddard Space Center with the Chess Girls DC Chess Club.
On Saturday, March 5th, Dr. Aprille Ericsson of the Goddard Space Center spoke to the girls at Chess Girls DC as part of Women’s History Month. Dr. Ericsson is a graduate of MIT and the first woman to earn her Ph.D. in Mechanical Engineering from Howard University, and the first black woman to be awarded a Ph.D. in Engineering from NASA’s Goddard Space Flight Center. According to the NASA web site, “Dr. Ericsson was recognized by the National Technical Association as one of the top 50 minority women in Science and Engineering. In May of 1997, Dr.Ericsson was given the Women in Science and Engineering Award as the Best Female Engineer in the Federal Government.” After her presentation, she and her daughter sat down to play chess with the girls. 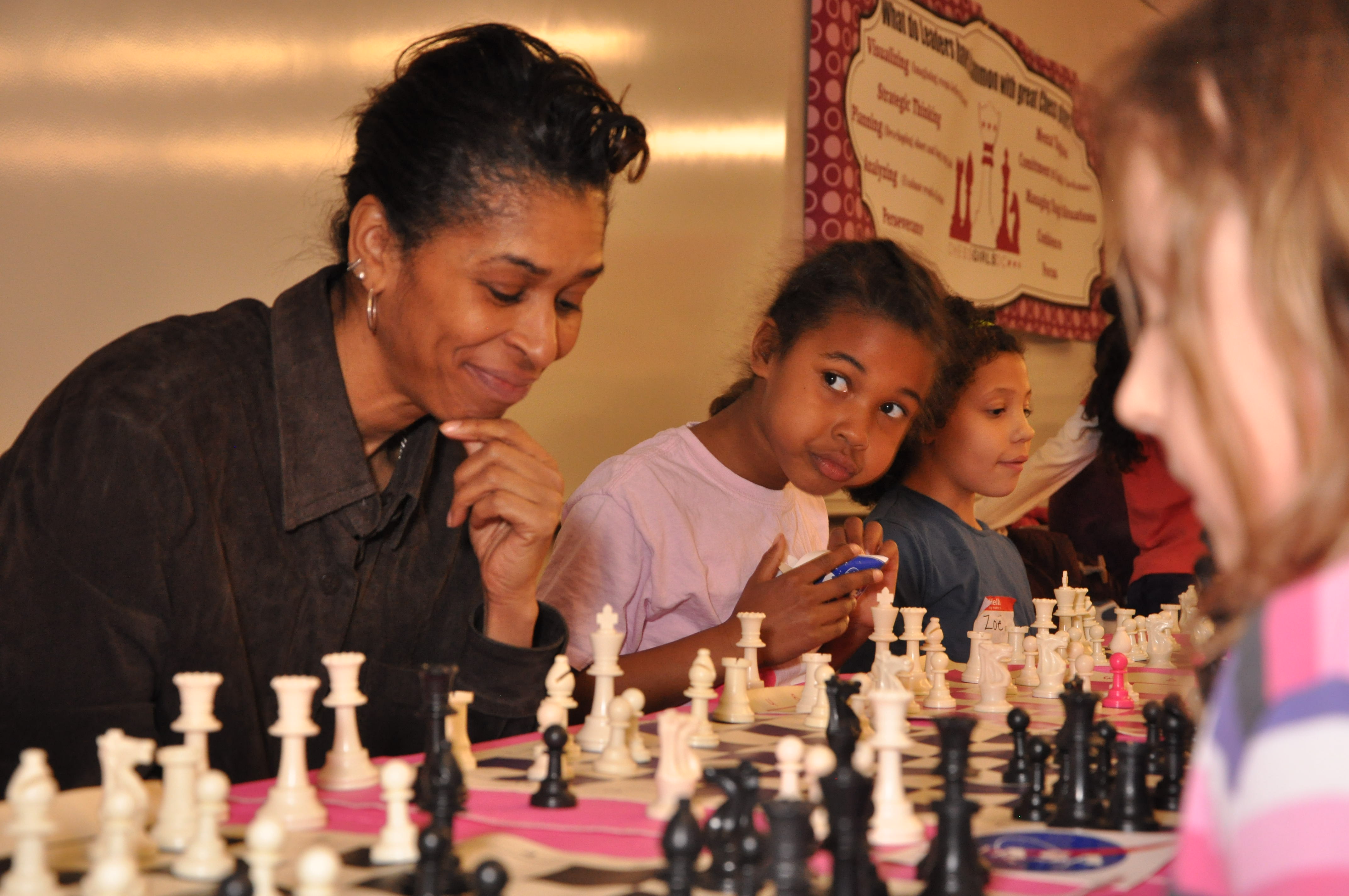 Dr. Ericsson of the Goddard Space Center plays chess at the Chess Girls DC Chess Club.
It was a fascinating talk and by the number of questions the girls asked, they were clearly very engaged. Dr. Ericsson talked about growing up in Brooklyn and how she took a special interest in math at an early age. After High School, she attended MIT where she worked on a number of “prestigious and important research projects.” She encouraged the girls to take more math classes and told them that studies show that the more math classes they COMPLETE, the higher their annual incomes will be. To drive the point home, she had everyone repeat several times, “Take more math, make more money!” She also talked about Dr. Katherine G. Johnson, whose impressive career inspired her own. Dr. Johnson was a mathematician, physicist, and space scientist for NASA who made quite an impression on Dr. Ericsson. “Solving equations became little puzzles for her,” Dr. Ericsson told the girls. Dr. Katherine G. Johnson’s accomplishments include “calculating the flight trajectory for Alan Shepard, the first American to go into space in 1959, verifying the mathematics behind John Glenn’s orbit around the Earth in 1962, and calculating the trajectory for Project Mercury and the 1969 Apollo 11 flight to the Moon.” She retired from NASA in 1986. 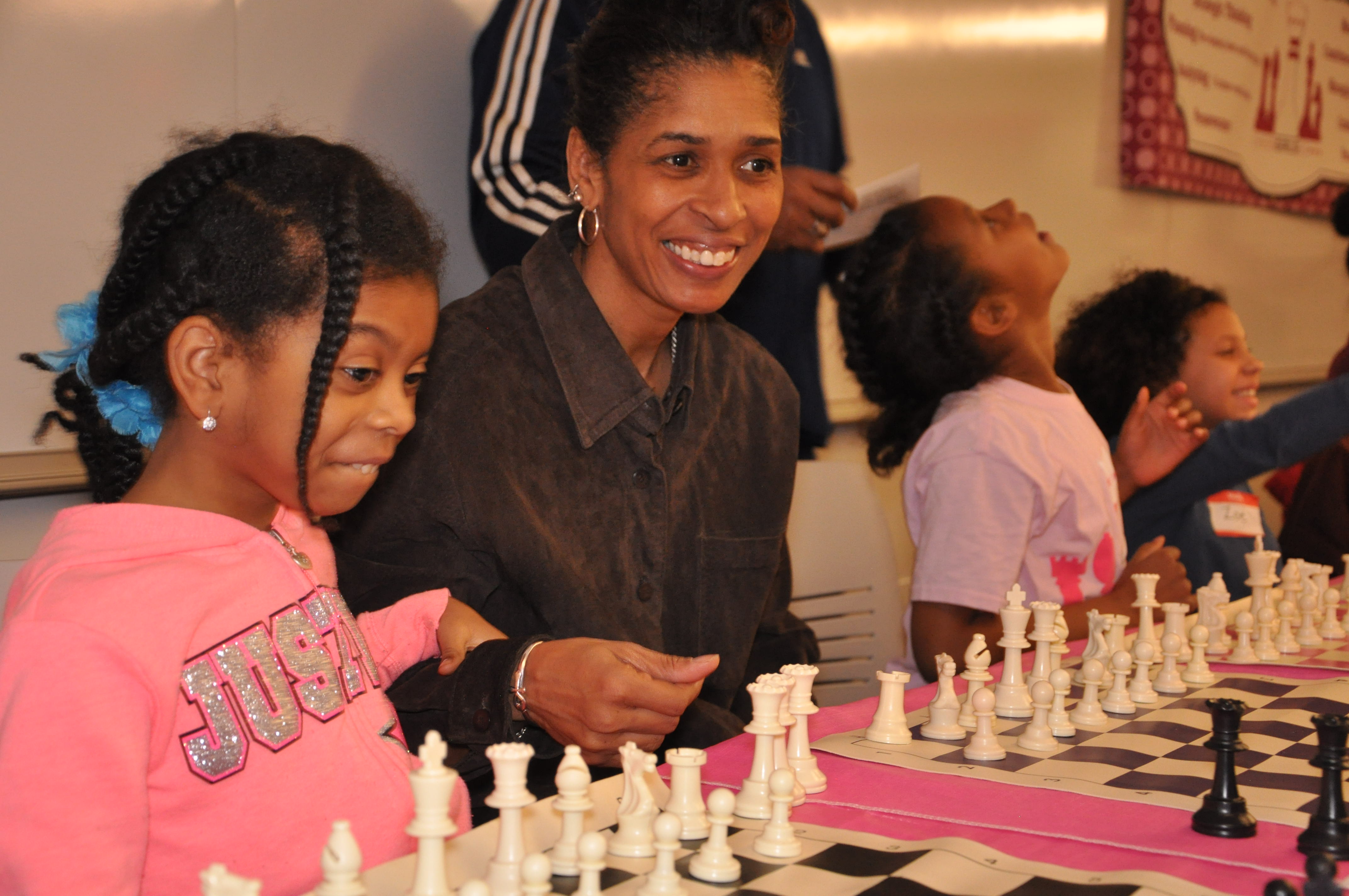 “I’m a firm believer that if you work hard, you will succeed,” Dr. Ericsson told the girls. “It is not given to me to know how many steps it will take to reach my goal,” she continued. Then she had all the girls repeat and commit to memory a message at the core of her own success, “I will persist until I succeed.” Dr. Ericsson is currently part of a NASA team working on bringing dust back from Mars for examination. More information about Dr. Ericsson’s career is available on NASA’s web site here.
SHARE: