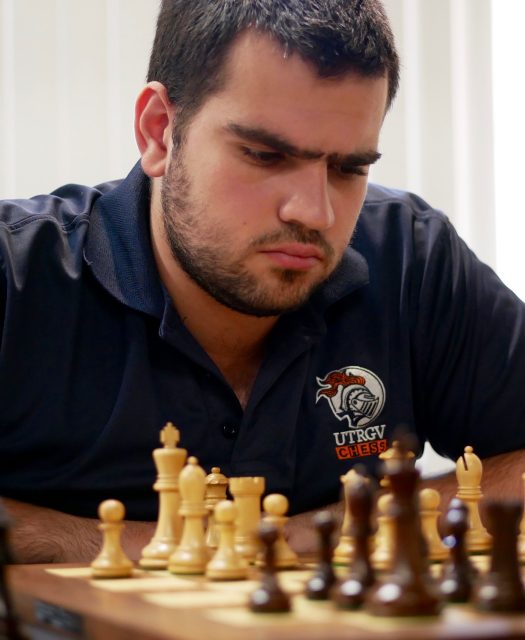 Washington International Champion, GM Hovhannes Gabuzyan. Photo: Michael Regan
GM Hovhannes Gabuzyan (ARM) won the Masters section of the 7th Annual Washington International by a full point. The Masters section, with 71 total players, included 22 GMS and 15 IMs. Gabuzyan moved into sole first place after winning his first four games. After that, no one could catch him, and he finished with a final score of 7.5 out of 9, earning the first place prize of $4500. Gabuzyan's most interesting game was his second round win over GM Gil Popilski. You don't often see a player sacrifice a queen twice in one game and win! 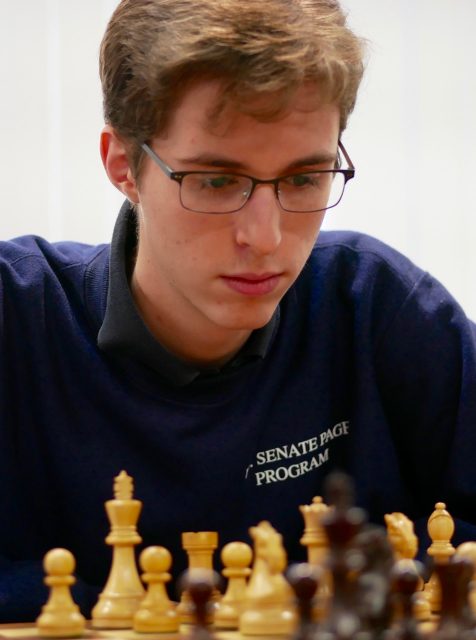 IM Nicolas Checa. Photo: Michael Regan
Despite there being five players in the running for norms going into the last round, only Nico Checa earned a norm. He actually didn't need to score any points going into the last round to earn the GM norm but still drew his last game. He also went over 2500 during the tournament, leaving him just one norm short of the GM title. Nico showed signs of being in good form from the start when he won the blitz event by a full point ahead of seven GMs. One of his best games was his win against the top seeded player in the tournament, GM Sam Sevian. The tournament ran from August 11th - 15th in Rockville, MD just outside of Washington, DC with a total of 142 players competing in the Masters, Experts, and Contenders sections. The Experts section (under 2201 US Chess) ended with a five-way tie at 6.5/9.0 between Akshay Indusekar, Noah Thomforde-Toates, Richard Tan, David Siamon, and Daniel Pomerantz, while the Contenders section (Under 1800 US Chess) ended in a three-way tie between Barzin Badiee, Duane Smith, and Ariel Joshi. The tournament was organized by the Maryland Chess Association, and the Chief Arbiter was Michael Regan. Full Crosstable Photos from the Tournament
SHARE:

Interesting highlights, nice piece, and new faces! Thanks for that. Maryland chess is growing strong.