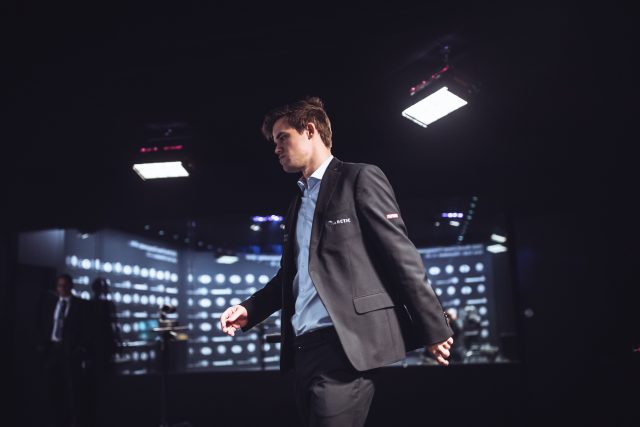 The 10th game of the epic C vs K saga was announced as the most important one up to this moment. A game in which Magnus had to create something, since another dull draw and the circle would have been close to completion. The World Champion had two strategies he could adopt, though looking back at it only one of them was suitable. He could drift away from his personal style and adopt an aggressive style, or he could continue trusting his instincts and follow his trademark strategy of stirring the game out of any potential theoretical battle, and try to outplay his opponent from an equal position with many pieces left on the board. As I look into retrospective right now, it is easy to understand that as a World Champion you can’t change your strategy. Magnus had to play his game! 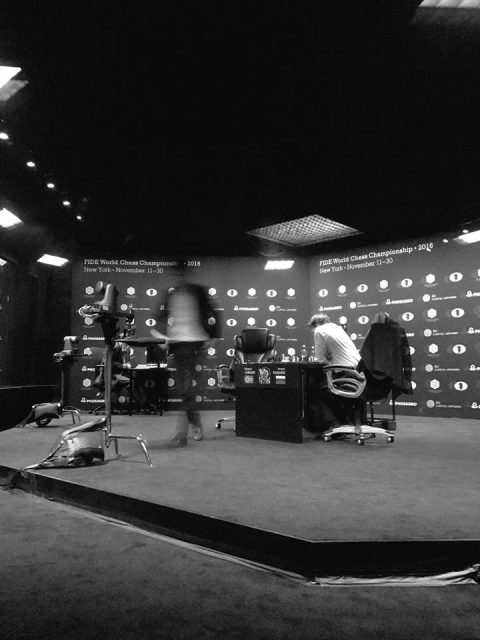 The game started as expected, Magnus opened with his beloved 1.e4 and Karjakin responded with his pet Berlin, an opening we’ve seen in game 3. That was a game that Magnus could have won quite convincingly if his trademark precision wouldn’t have failed him towards the end. But the dynamics of the encounter were slightly different today, Magnus did not have the freedom to simplify the position all the way to the last pieces, he had to keep some dynamic resources. And that’s what he did, he kept most of the pieces on the board. The challenger was not fazed by anything the champion was throwing at him, he managed to equalize and maintain the balance deep into the middle game. The only problem was that by the time the opportunity struck, Sergey did not have enough time to calculate all the complication and force the draw with precise play. This seems to have been one of Magnus’ change of strategy, play fast and pressure your opponent despite the slight inaccuracies that might cost you.

19.Bxe6?! was a clear inaccuracy, and one that could have cost the Champion his title. Black responded very well but failed to delve in deep waters and go for 20…Nxf2! or 21…Nxf2!, which was a fairly simple calculation according to the specialists attending the ceremonies. In a world championship decisive match you will not have many opportunities to seize the day, and unfortunately for Karjakin, the champion did not err anymore after that. Magnus secured a slight endgame advantage and ground his opponent with the precision of a surgeon, one that has been his trademark throughout his whole career. 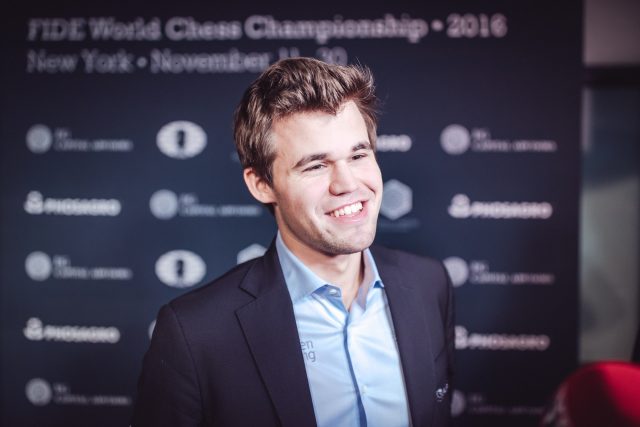 The match dynamics have changed 180 degrees after the Thanksgiving game, Carlsen was simply rejuvenated at the press conference, while Karjakin was wound down and sober. Despite that the challenger kept his composure during the rough moments after the game, the ones in which he must surely have felt like his title hopes have evaporated. But the reality is different, the players will have a well-deserved rest day in which their teams will do everything in their power to place them on the right track. The stakes are now higher than ever, and the tension and enthusiasm are reaching epic heights. One of the biggest rivalries in recent history is shaping up right in front of our eyes, and we all get to watch. The score is 5-5, I can’t wait for Saturday!