Halftime at US Juniors: Carissa Yip and Advait Patel Lead

At the halfway point, two clear leaders have emerged at the U.S. Girls' Junior and the U.S. Junior Championships, Carissa Yip and Advait Patel. 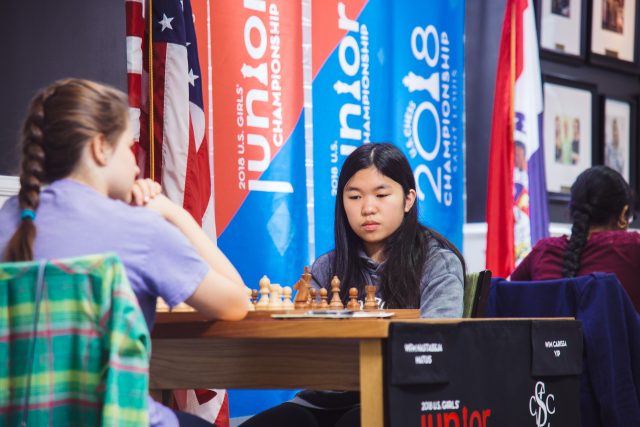 Photo: Austin Fuller
Carissa Yip won a critical game in round 5 to maintain her lead over the field. 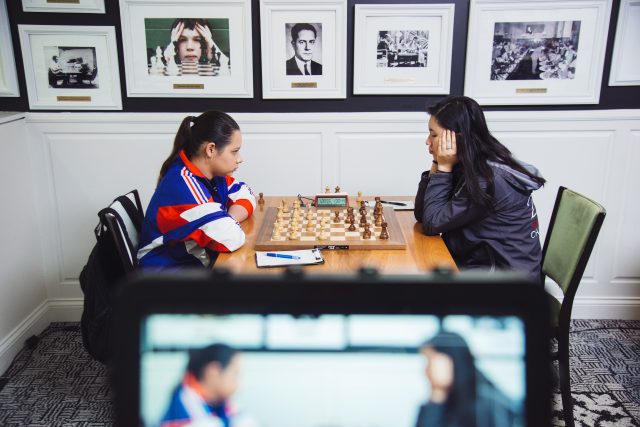 Photo: Austin Fuller
A sheer heartbreaker occurred for Jennifer Yu, who was fighting to stay in 2nd place when she blundered against Thalia Cervantes. At the end of a hard-fought and very long game, Yu had a two pawn advantage in a queen ending, but both players were in time trouble, and the game seemed likely to finish in a draw by perpetual check. Then, Yu blundered with 94...Kg3??, allowing Cervantes an opportunity to win the game. 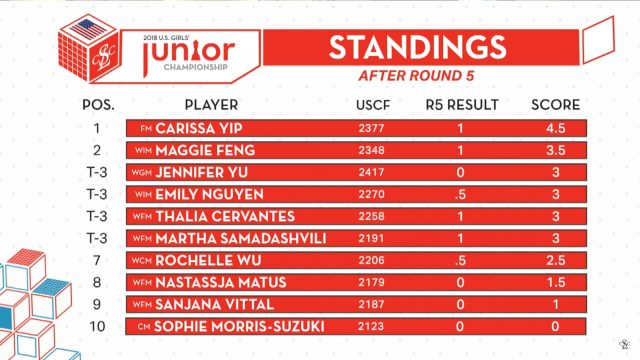 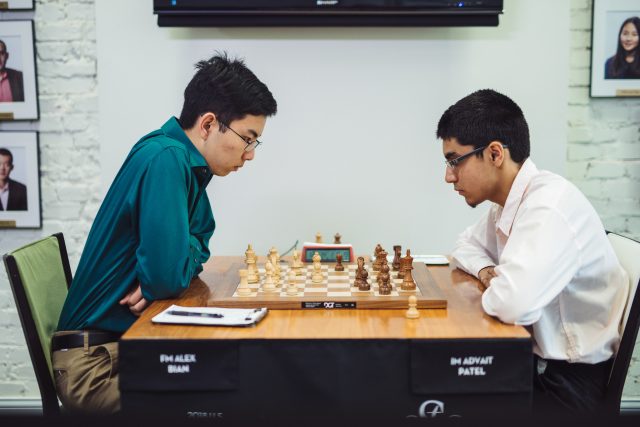 Photo: Austin Fuller
Advait Patel has been leading from the start and is currently the sole leader by a half point. His key victory was in round 4 when he defeated his closest rival, Alex Bian.

Show Solution In round 5, Defending Champion Awonder Liang won against Mika Brattain as black to decrease Patel's lead to only half a point. Brattain tried an ambitious knight sacrifice to open up Liang's kingside and had his king under considerable pressure for a while. Liang defended precisely, even rushing his king to the center to evade the attack. 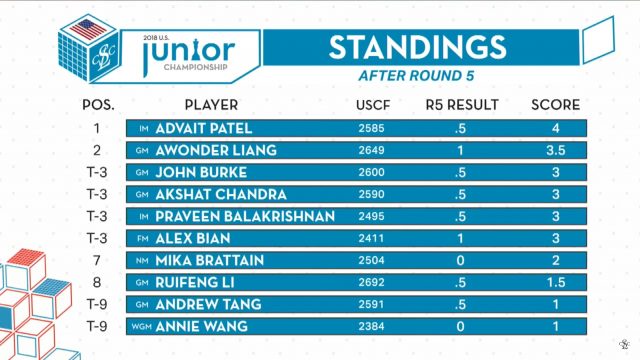 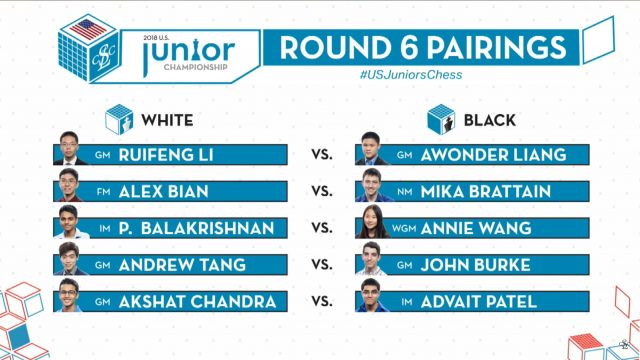 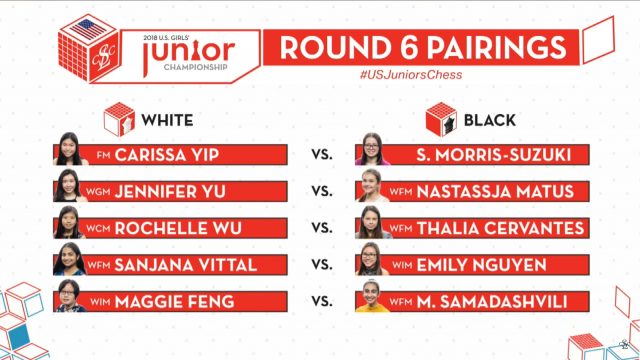