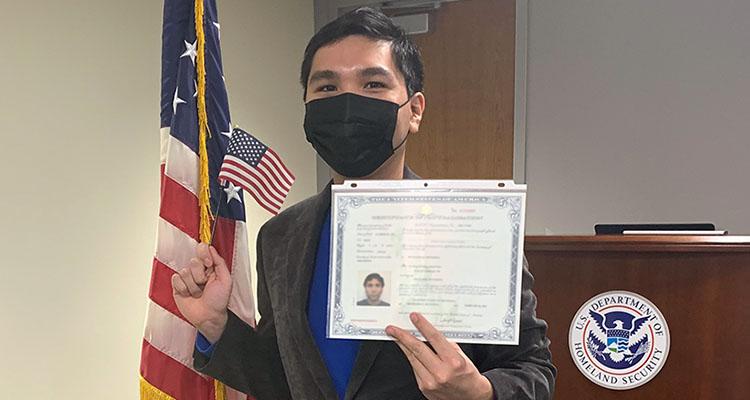 Reigning US Chess Champion and Super Grandmaster Wesley So, originally from the Philippines and currently living in Excelsior, Minnesota, made one of his best moves yet – officially becoming a United States citizen on February 26, 2021 at the U.S. Citizenship and Immigration Services offices in St. Paul/Minneapolis.

The three-time Philippine chess champion first came to the U.S. in 2012 as a freshman recruit for Webster University, and is now a world top-ten player, current World Fischer Random champion, two-time US Champion and a member of the 2016 Team USA squad that brought America its first Olympic gold medal since 1976.

So was interviewed by Debbie Cannon of the U.S. Citizenship and Immigration Services at his ceremony in February.

For a better future, because this is the land of opportunity.

I love that anyone can strive to succeed. You are not held back by your color, lack of connections or the amount of money you have. If you work hard, you have a better chance of making it here than anywhere else in the world. I came here ready to work hard, and it turned out just as I dreamed. That does not mean I don't love the Philippines. I have good memories from there. But I did not have the connections needed to succeed in that culture. I was from the province, not a city boy. Had no money etc. I wanted to go further, and there was only one country a nobody can make it. The USA!

Why are you becoming a U.S. citizen?

I want to give back to a country that has been so good to me. From the moment I landed here I was encouraged and enabled to become better than I was. I like this attitude and the tremendous generosity of American culture. Most people here have no idea what it is like anywhere else in the world, and they don't appreciate the amazing spirit of this country. I have competed in most countries of the world and I can say ... I love it here!

How did you feel when you became a U.S. citizen?

I got so hyper and excited I was talking kind of loud all day. It was literally a dream come true. I am now a part of the American Dream. I am part of the most successful country on earth, ready to make my own contribution and have my own legacy here.

What will this mean for your future in the field of chess?

Well, that I cannot say. Chess is a sport and like other elite sports your efforts can go up and down for all sorts of reasons. I know I will try my best to pay back what has been done for me. I plan to be a good citizen and help others the way I was helped. God Bless America! 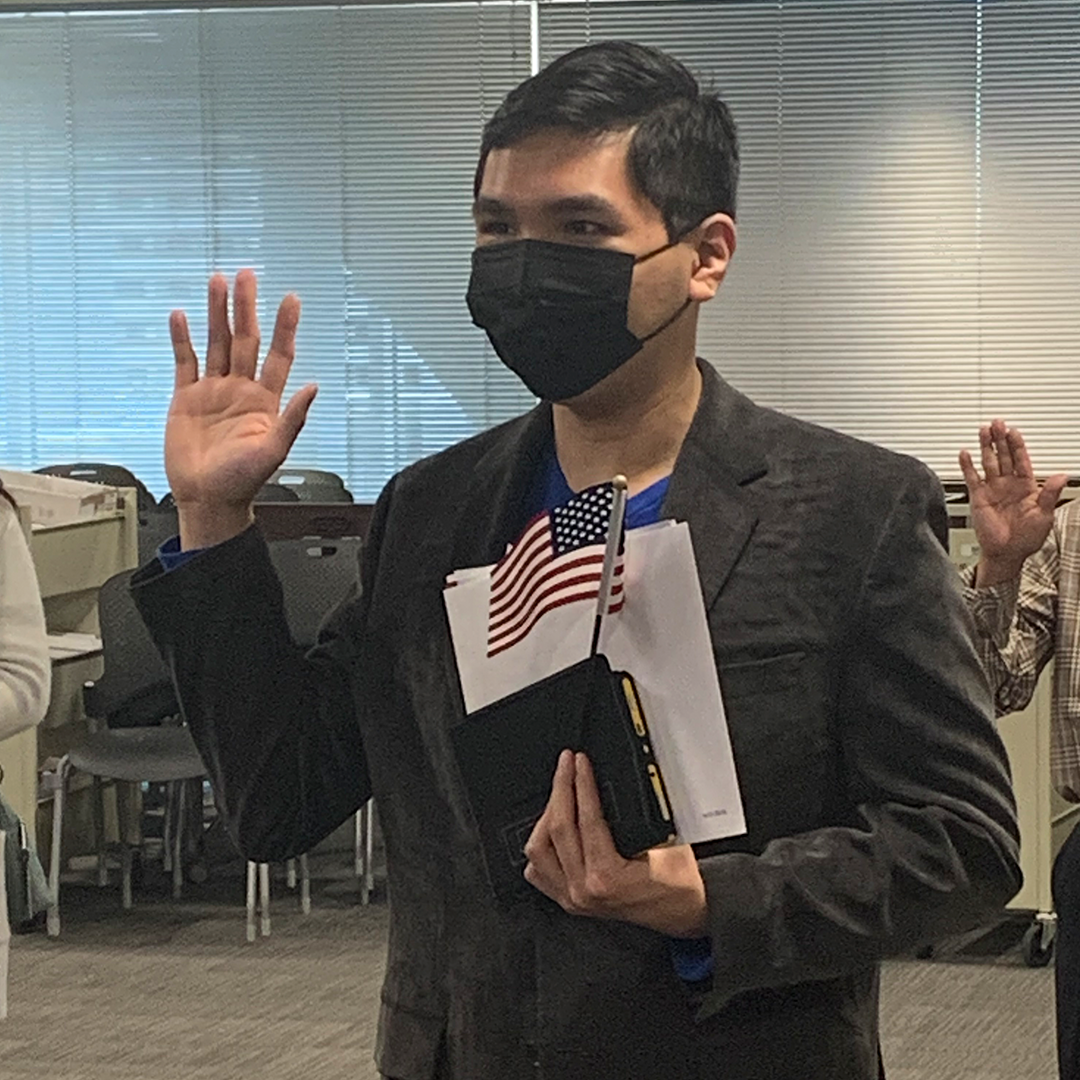 The office of U.S. Citizenship and Immigration Services invites you to learn more about applying for U.S. citizenship by visiting its webpage, or by using any of these five free tools to help navigate the immigration process:

1.                  Ask Emma, a computer-generated virtual assistant who can answer your immigration questions and take you to the right spot on uscis.gov for more information.

2.                  Explore your options. Answer a few questions so that uscis.gov can present you with immigration options for which you might be eligible.

4.                  Accurately calculate the fee owed on your petition or application using the Fee Calculator. It will ask questions to help determine your fee. This calculator will always have the most up-to-date fee information.

5.                  Find a doctor. When you apply for a green card (adjustment of status) in the U.S., you usually need to have a medical exam, which must be done by a doctor authorized by USCIS. Use this tool to find an authorized doctor in your area.

There's a typographical error in the story. Team USA won the gold medal at the 2016 Olympiad, not 2019.

Good Luck Wesley, Filipinos are so proud with your achievements especially in the field of Chess. From Las Pinas Chess Center.

You are so lucky you deserve…

You are so lucky you deserve to a champion

Mabuhay Wesley! Hope you will always remember the Philippines. God bless those who pushed you out. You are now an asset of USA. Philippine's loss.

We UB chess team are very…

We UB chess team are very proud of your achevement.

when you and Magnus played i…

when you and Magnus played i dont know who to cheers.. i am so torn coz i am a filipina living in norway since i was almost a kid and Magnus was just my neighbor when he was a kid ?either way i am so happy for you and winning against Magnus Carlsen is just awesome esp for being a filipino..i am looking forward to your next game against him and hope he will play better next time and goodluck and take care always.

The fruit of your hard work…

The fruit of your hard work. Congratulations, Wesley! We're very proud of you! Keep it up, and many more success to come!

America is stronger for you…

America is stronger for you being in it.
The Philippine government has long had a policy of not supporting anything higher than below average IQ, talent, and skill, so this is quite understandable.