Grand Chess Tour Returns to Board With Superbet Classic in Romania 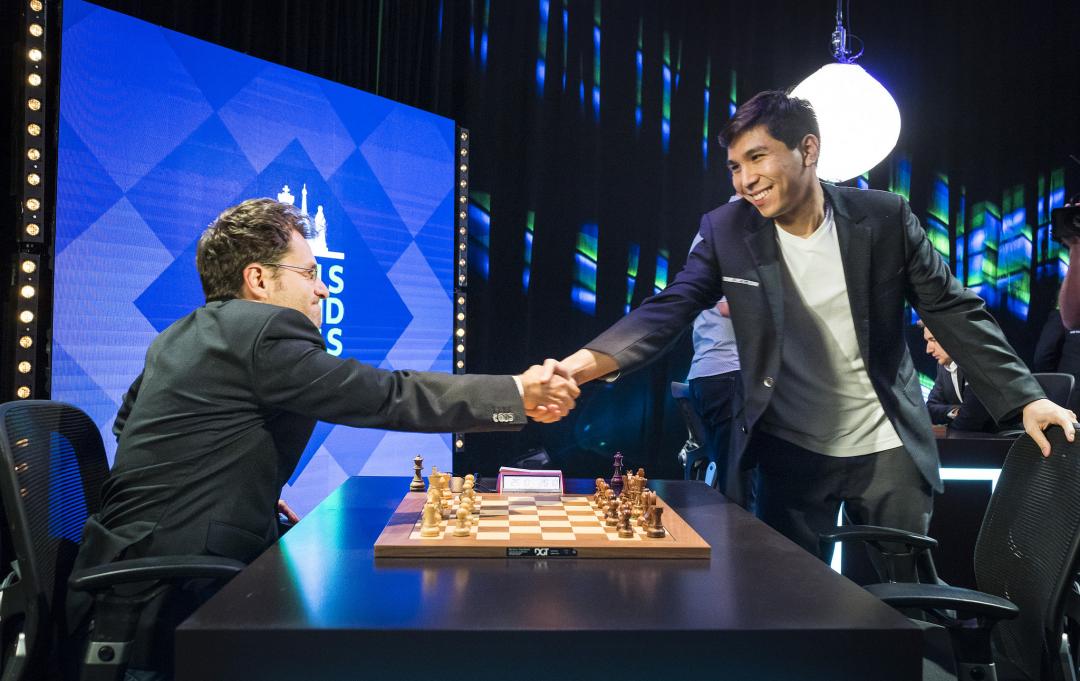 The Grand Chess Tour returns for 2021 with back-to-back events, kicking off with the Superbet Chess Classic in Bucharest, Romania on Saturday and marking a long-awaited return to the board for tournament chess.

Events involving the world’s elite Grandmasters sitting at physical boards have been few and far between, though nearly half the GCT field has already been warmed up as participants in the FIDE Candidates Tournament last March. Including American World No. 2 GM Fabiano Caruana, Dutch GM Anish Giri and French GM Maxime Vachier-Lagrave as full tour participants, the 2021 GCT lineup features a healthy rotation of the World’s top-10 players, several living legends and the next generation of stars.

With its first moves to be pushed in Bucharest on Saturday, the GCT will award more than $1M in prizes across five events planned through the 2021 summer, finishing with the Sinquefield Cup in St. Louis, MO in August. The kickoff Superbet Classic will play through June 14, and the tour will move immediately to its first of three Rapid and Blitz events in Paris, France on June 17.

Lineups will shuffle with each event, but mainstay full tour participants include US Chess Champion Wesley So, GM Levon Aronian, and 2022 Candidates qualifier GM Teimour Radjabov from Azerbaijan, all of whom will play in Bucharest. For the following Paris Blitz and Rapid event, the cast will be joined by former World Champion Vladimir Kramnik and 2021 Candidate GM Ian Nepomniachtchi, as well as 17-year-old phenom GM Alireza Firouzja and Russia’s Peter Svidler, who will all play as event wildcards.

When last left in the 2019 tour, Romania’s Superbet Classic had originally been a rapid and blitz stop, but this year has been upgraded to a classical event, using a time control of 90 minutes for 40 moves followed by a 30-minute bonus, with a 30-second increment per move. The tournament will use a round-robin format and also has an upgraded $325,000 purse. The speed event in Paris will have nine rounds of Rapid games along with 18 Blitz, with a $150,000 prize fund.

The Superbet Classic will play one round daily beginning at 8:00 a.m. eastern, with results and pairings found here. The 2021 Grand Chess Tour will provide official broadcast commentary through the Kasparovchess.com platform and its Twitch channel, as well as the official Grand Chess Tour website.