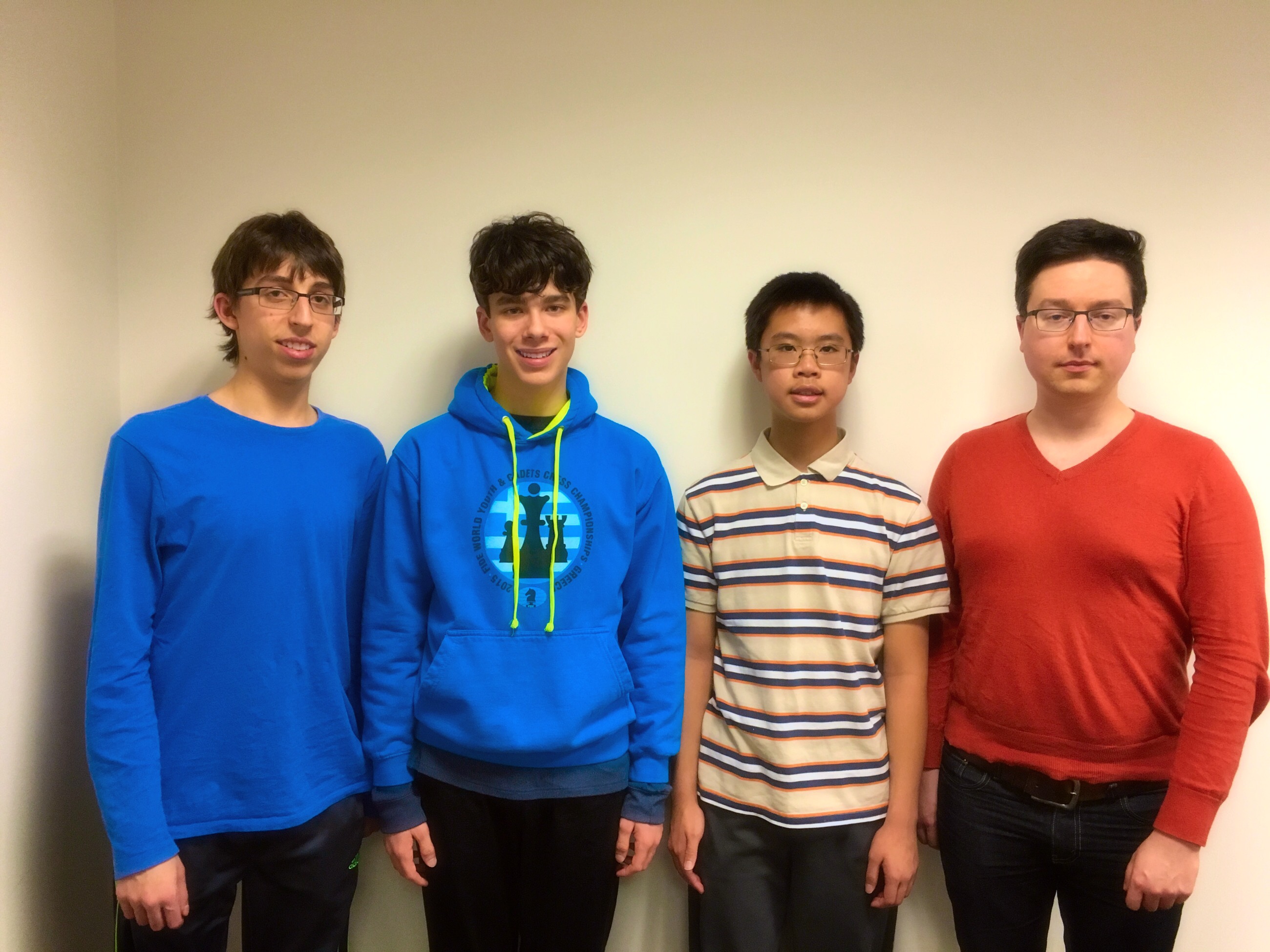 At the US Amateur Team Championship playoffs on April 9, Got Mate? (North) defeated the Rainbow Unicorns (West) in the semfinals and went on to defeat Summer Chess Academy (East) in the finals. Summer Chess Academy defeated Chakis Mate (South) in the semifinals. The winning team (pictured above) consisted of: Board 1: Jacob Furfine Board 2: Todd Freitag Board 3: Vincent Do Board 4: Daniel Bronfeyn Got Mate?  team captain, Jacob, has loved chess his entire life. He played in his first US Chess-rated event at the age of 3, winning 4 of 7 games at the 2005 Illinois State Scholastic Championship. Over a decade later and still going strong, during the USAT semifinal match, Jacob was excited to play his friend Cameron, whom he met in Greece while playing for the USA at this past year’s World Youth & Cadets Chess Championship.

Jacob met Todd while competing at the 2014 "Exhaustion Invitational", one of the many tournaments that Sevan Muradian organized. Todd is a rapidly improving player, and he thus won against several higher rated opponents. His constant positive energy greatly contributed to the team’s morale. Vincent too is an extremely strong player, and has likewise pursued chess his entire life. During the USAT finals, Vincent scored 1.5/2, with both of his games against higher rated opponents! The boys have built a strong friendship through the camaraderie that the chess atmosphere provides, ever since their first chess event together in 2008. Vincent and Jacob will be beginning high school in the fall. Another good friend, Daniel and Jacob competed on the same team in last year’s USAT event. This event especially, Daniel has played extremely well: he achieved a perfect 5-0 in the qualifying USAT-North tournament in February! He is a strong team player. The team would like to dedicate their victory in memory of Sevan Muradian.
SHARE: