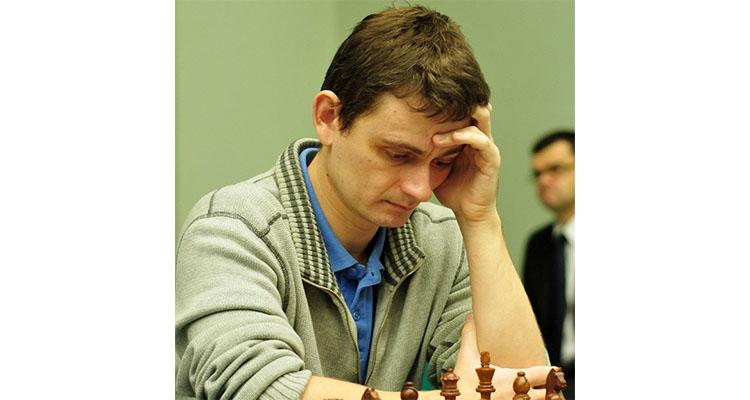 The 2020 Marshall Chess Club Championship took place December 18-22, held online for the first time in the club's illustrious history. In recent years of the event, calendar overlap with the increasingly popular US Chess K-12 Grade Nationals—which attracts many of our strongest scholastic members and their coaches—had caused club championship attendance to dwindle.

So the Marshall’s board of governors put a lot of thought into rethinking the event, and last year believed they had found a solution: In 2019, the club hosted a closed championship as an invitational round-robin, followed by an open event in December. Both events were a success, and everyone in the organization seemed content to run it back again in 2020.

But then, like so many other things, COVID stuck a wrench in those plans.

Settling on a new, online model for the Marshall's most-prestigious event wasn’t easy, as there was some serious tradition to honor. The club championship has been held for more than a hundred years—how many clubs in any sport can boast such a streak? Not even Wimbledon! The club set a model that aimed to respect tradition, attract players, and make competition worthy of a Marshall championship crown.

The nine-round Swiss attracted 33 players, including seven players with FIDE titles and two former Marshall Champions. Belarusian GM Sergei Azarov won the 2020 title without suffering a single defeat, just as he'd done in 2018. As the Marshall has come to expect from Azarov, an original member of the club's Pro Chess League team the NY Marshalls, his play was stubbornly disciplined yet subtly ferocious.

In round four, Azarov was matched against his countryman GM Kirill Stupak in what turned out to be a pivotal game. Often when two of the highest-rated players meet in a long event, a swift draw will ensue. But those were not the Belarusian’s intentions here. Playing with the black pieces, Azarov opted for what appeared to be a new weapon developed and deployed throughout the tournament: the Dutch defense, an opening he had only used once in his career.

A funny thing happened after Stupak, faced with a choice on which way to castle, ultimately chose the queenside at 13. 0-0-0. 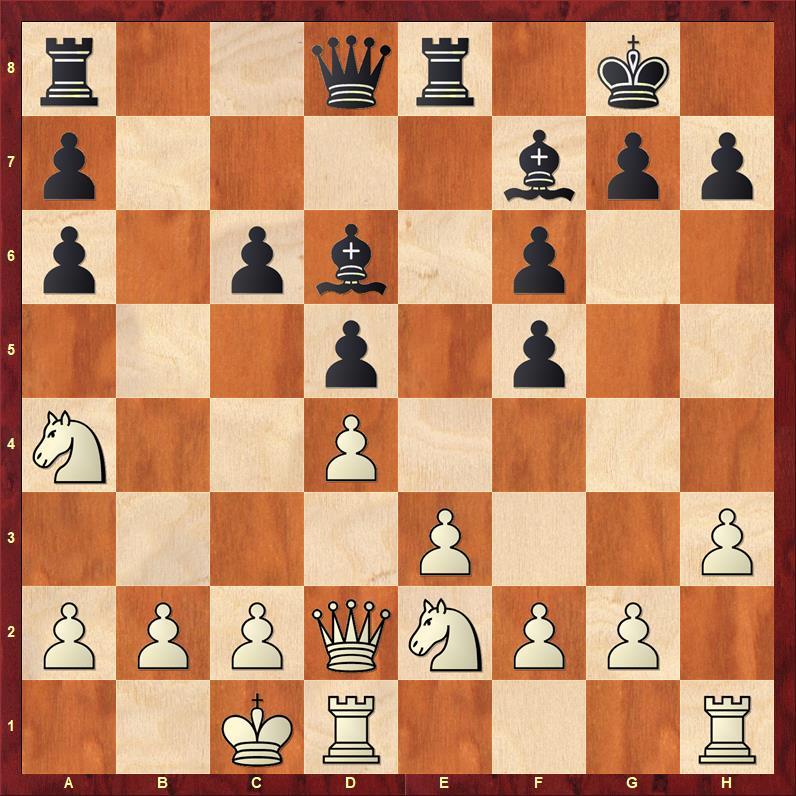 But as an attack on the b-file began to materialize for black, Stupak’s king fled back across the board, until 26. Ke1 saw him castled kingside. A laborious change of heart. 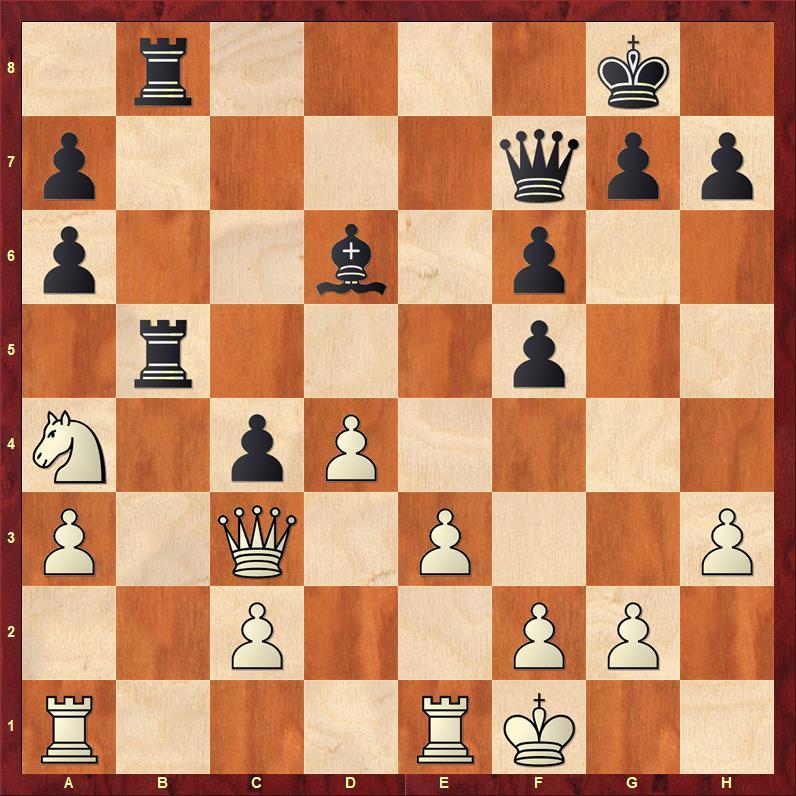 From here, Azarov’s superior position was too much and black was soon winning a king-and-pawn endgame. After this round 4 game, he put the rest of the field in the rear-view and never looked back.

Of course there were many interesting and spirited games played in the 2020 Marshall Club Championship, and we have compiled them for you for download on the MCC website. There is one more game we will share here.

Among the MCC staff, one person has a reputation for being a great swindler: Miguel Garcia. In blitz game after blitz game, he achieves one losing—meaning DEAD LOST—position after another, but somehow always comes out victorious. And sure enough, Garcia managed to pull off one of his epic swindles in round six of the club championship. Matched against fellow expert Advaith Vijayakumar, Garcia as black had the trifecta of pain: a material disadvantage, a weak king, and passive pieces. It couldn't get much worse than that, until this happened: 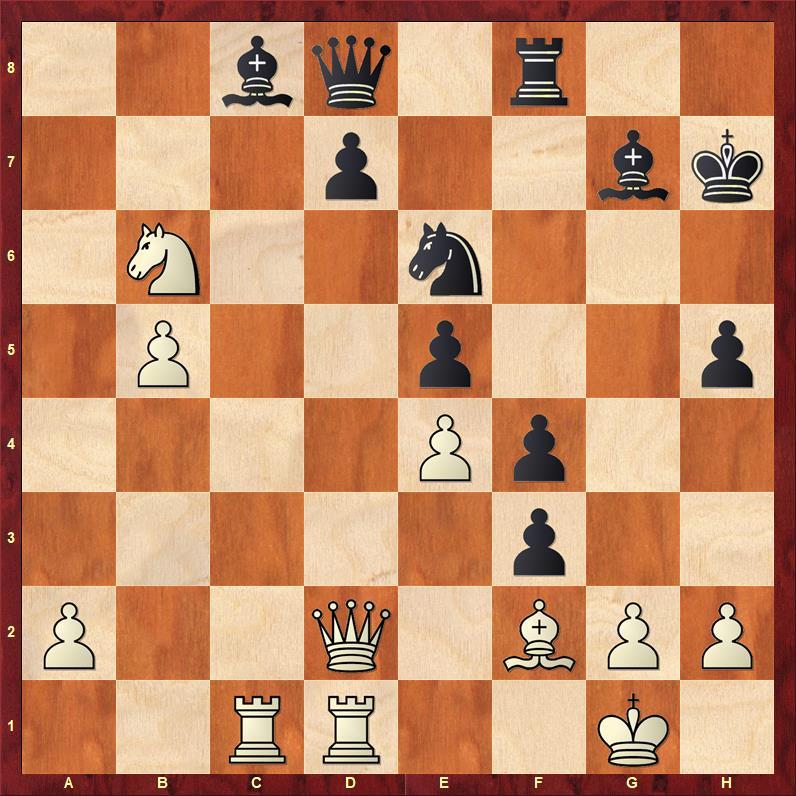 Vijayakumar had played the Maróczy Bind beautifully, up an exchange in the dominating position above. Many moves are winning for White, though the simple recapture with 27. gxf3 would have prevented the forthcoming trickery. But true to his nature, Garcia starts creating complications. The recapture never happens, and nine moves later leads here: 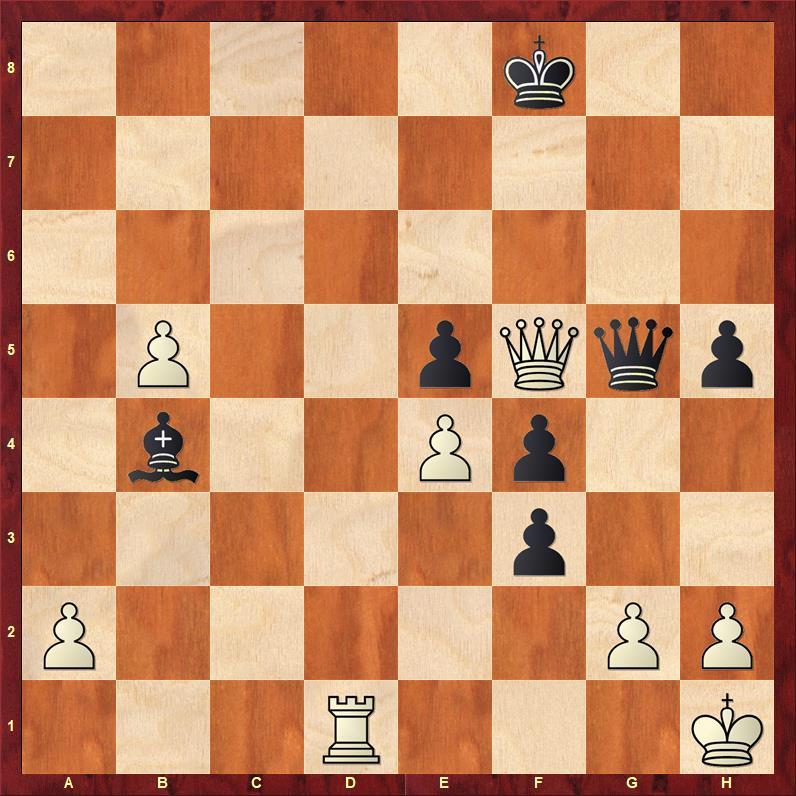 In time pressure with only 15 seconds left on his clock, Vijayakumar opted for the queen trade, not realizing that, after the trade, Black has 37... f2!! and a swindle is on the horizon. The game continued 38. g3 f3! and the White king cannot defend the queening square. Black's now-unobstructed e-pawn marches down the board for the victory.

Thanks to everyone who participated in our 2020 Championship. We look forward to the 2021 championship...in person...at the club...over-the-board...post-pandemic.