Today’s guest on "Cover Stories with Chess Life" is the author of our September cover story on the Prague Chess Festival and, as of the September 2021 FIDE rating list, the 26th ranked player in the world. 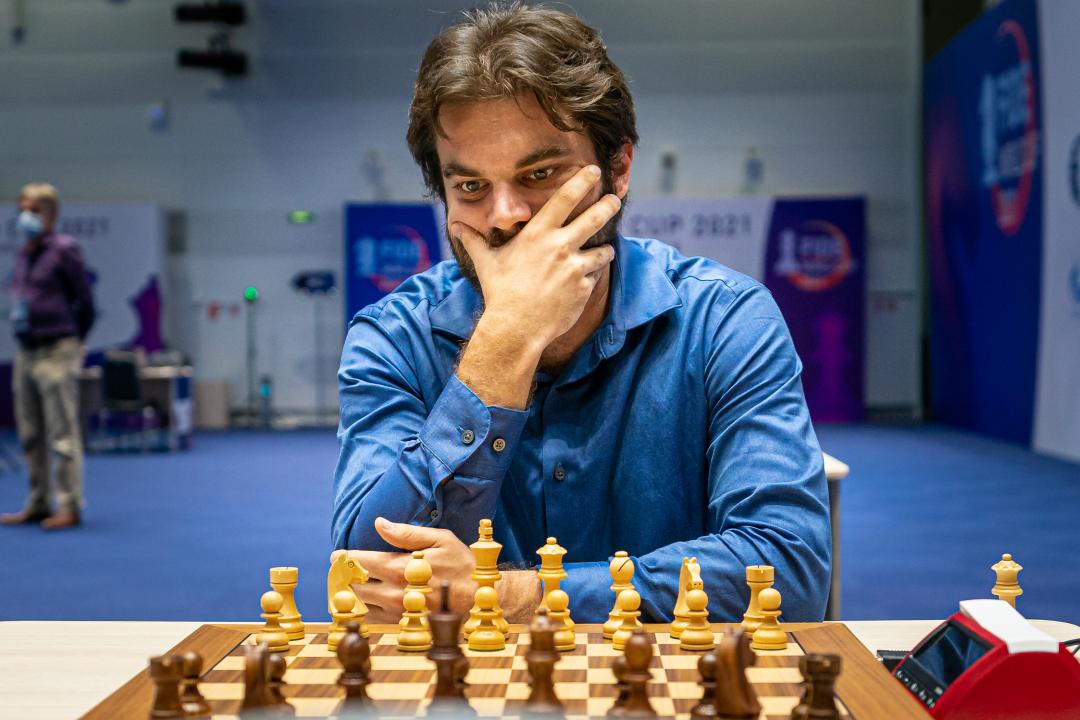 The winner of the 2018 U.S. Championship and a stalwart on American international teams, Grandmaster Sam Shankland has already, at age 29, done almost everything there is to do in chess. He has written books for Quality Chess and the Chessable platform. He has been a second for Grandmaster Magnus Carlsen. He even appeared on a reality TV show, “Kicking and Screaming,” where he and partner Caleb Garmany survived the initial cuts but were eliminated on the second episode.

Shankland’s Prague performance is chronicled in our September issue, but his magical World Cup run, where he fell to GM Sergey Karjakin in the quarterfinals after defeating Jobava, Areschenko, Jumabaeyev and Svidler, is a must-read part of our October issue. He also just participated in the Saint Louis Rapid and Blitz, and the Sinquefield Cup, and I’m sure he’ll have more to say about both of those events today.

Listen to "Cover Stories with Chess Life" at your favorite podcast purveyor:

This is a huge transition of…

This is a huge transition of generations interview with Sam the Great especially after his COMING UP fabulous WORLD CUP FINAL 8 performance...THERE SHOULD BE A PRINTED TRANSCRIPT OF EVERY SINGLE WORD JUST AS PBS HAS ALL DOCUMENTARIES ON PRINT SCRIPT BELOW . In a library or private setting one may not want to turn on the audio... SHANKLAND IS HEAVY.... mega chess sponsors NIKE AMERICAN AIRLINES AND COCA COLA may want to speed read contents RIGHT NOW also. Message to USChess ..you are THE major league no matter what you think... and the total future of American chess.. YOU go to all 50 states, the tiny towns and the big boy cities.... YOU ARE ABOUT TO GROW UP BIG AND STRONG...and the future of US chess is shocking... stunning. Stay the course.Soccer and chess are the premier world sport/games every single day of the year. For every person who plays tennis, golf, football, baseball or golf today one thousand plus play a game of chess online or in person. Chess appeals to outlaws, loners in 190 world chess federation nations.. I can still hear the whisper in my ear at his Henry Ford Restaurant /Portland Oregon 90th birthday monster gala dinner.. " Believe me Jude ...we chess players are getting stronger all the time!" -three time USA world gold medal Olympiad team grandmaster /OLYMPIAD HIGH SCORER GOLD MEDAL .....Arthur Dake
Jude Acers/ New Orleans