GM Hess on the World Cadet: Final Round Medal Watch 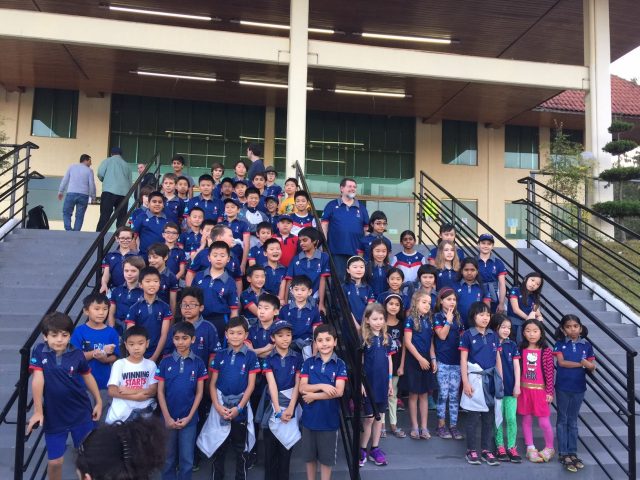 Group Photo at the World Cadet in Poco de Caldas, Photo Young-Kyu Yoo
Heading into the final round of the World Cadet Chess Championships (live game link), Americans in all sections have at least an outside shot of earning a medal. There is no need for introduction; let’s jump right into the standings. Under 8 Girls (click for standings after 10 rounds) Both Iris Mou and Alice Lee have 7/10 and can tie for second place with a win. Of the two, Iris’ chances are better because of her superior tiebreaks. As the girls face players with 8/10, a victory catapults them into a tie with their final round opponent. In terms of a podium finish, both are rooting for Mongolian player Gantulga Lkhagvajed (7.0) to do no better than a draw. If that happens, the surest way to a bronze is for the second American player to not win, as the first tiebreak is direct encounter. Thus, a win by either Iris or Alice and a draw by Lkhagvajed assures the U.S. a bronze medal. If both win, then it is anyone’s guess who gets a medal. Lila Quinn Field deserves serious recognition in this section, for she plays a major part in which player will win the gold medal. Though her 6.5 points leave her out of medal contention, she will have a shot at knocking off the tournament leader on board 1 in the final round! Under 8 Open 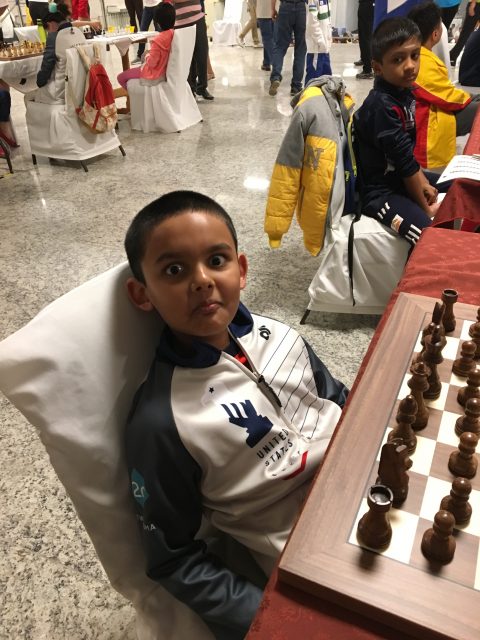 Abhimanyu Mishra before his ninth round game, in sponsor Two Sigma jacket.
Abhimanyu Mishra was simply dominating this section after 8 rounds, as his perfect score led the field by a point and a half. However, a draw in round 9 and a loss in round 10 has narrowed the gap between him and the rest of the field. Board one features an all-American matchup with Aren Emrikian (8.0) trailing Abhimanyu by just half a point. Aren has reeled off four straight wins, including this picturesque display of positional domination: If Abhimanyu wins with the white pieces, he secures a gold medal. If Aren draws or wins, then Russian sensation Savva Vetokhin (8.0) can swoop in for gold with a win of his own. He owns the head-to-head tiebreaker over both Americans, whom he beat in round 2 (Aren) and round 10 (Abhi). 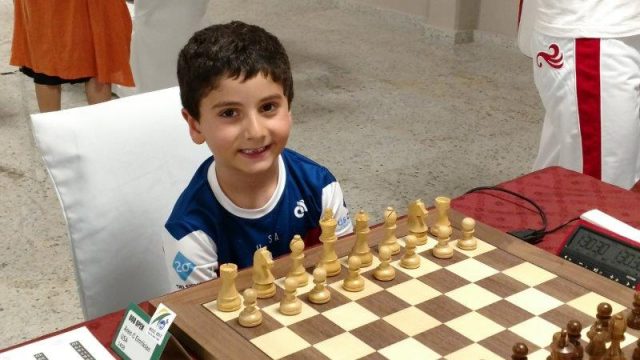 Aren Emrikian, Two Sigma shirt, Photo Jerry Nash
Under 10 Girls This section is unlikely to have an American medalist. However, there’s still a chance! Ellen Wang has played a phenomenal tournament and her constant smile is uplifting to all of her friends and coaches. I ran into Ellen before today’s game and told her that I love how upbeat she is. Though she lost a tough battle, she has the best tiebreaks in the entire tournament and her 6.5/10 score gives her a puncher’s chance at a bronze if the following were to happen: Just wow. It’s certainly unlikely to play out this way, but stranger things have happened. Shoutouts to both Tianna Wang and Rui Yang Yan, who both also have 6.5/10 Under 10 Open 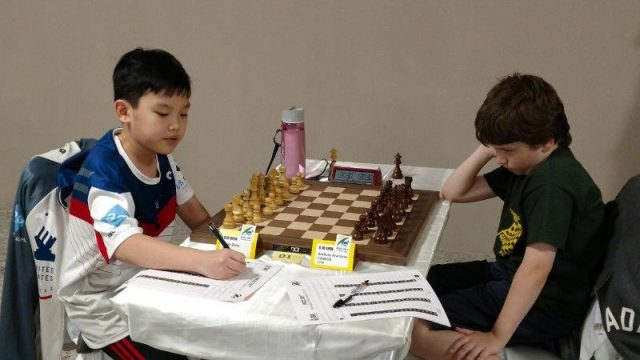 Liran Zhou in his tenth round game, Photo Jerry Nash
Liran Zhou (8.5) survived a topsy-turvy penultimate round and secures a gold medal with a draw in the finale, since he beat the only player that can catch him. That player? Arthur Xu, whose 8 points put him half a point above three competitors. Zhou gets the black pieces against the section’s second-highest rated player, who has 7 points. That’s a fairly favorable pairing. Xu, on the other hand, gets black against the highest. The difference between the top seeds is 242 ELO, so Xu will look to hold India’s Bharath Subraminayam. If Xu succeeds, he should earn a silver medal. Under 12 Girls There’s been a two-player race at the top of the event for many rounds now. India’s Divya Deshmukh leads with an impressive 9/10. 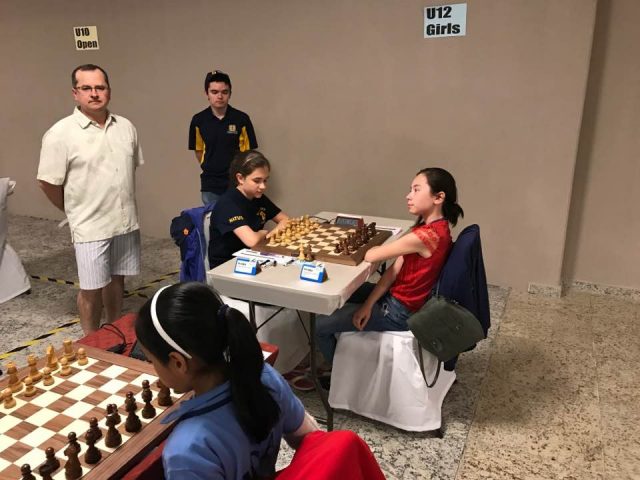 Aleh Matus, coach GM Illia Nyzhnyk, Nastassja Matus vs Amina Kairbekova. Photo Melik Khachiyan
Nastassja Matus’s 8.5/10 would run away with most tournaments, but in this one she finds herself in second. A match between Indian compatriots Deshmukh and Rakshitta Ravi (2050 FIDE) will occur on the top board, while Nastassja plays with the white pieces against the Czech player Anna Lhotska (1697 FIDE). Nastassja certainly will be rooting for Rakshitta to make use of her white pieces to knock off the tournament leader. Under 12 Open Justin Wang floated up and defeated strong Russian players in consecutive rounds, leaving him with 8/10 and in clear first place. His road only gets harder: his final round game is with black against IM-elect Javokhir Sindarov (7.5 points), the top player in the section. Sharing 2nd-6th with 7.5 is Vincent Tsay, who receives black against Russia’s Martin Stukan (2146 FIDE). Vincent (2033 FIDE) has already upset three players rated over 2280, so he will show no fear. Other top Americans in this section have no shot at a medal, but it’s worth noting that Anthony He and Maximillian Lu face off on board five. They have 7 points. Unfortunately, Christopher Yoo suffered two straight losses after starting 6.5/8. Watch top boards in the final round of the World Cadets in Poco de Caldas, Brazil live at chess24 and follow standings here.  GM Robert Hess's earlier piece includes an in-depth look into the atmosphere and preparation techniques on Team USA. Find out more about sponsor Two Sigma here.
SHARE: