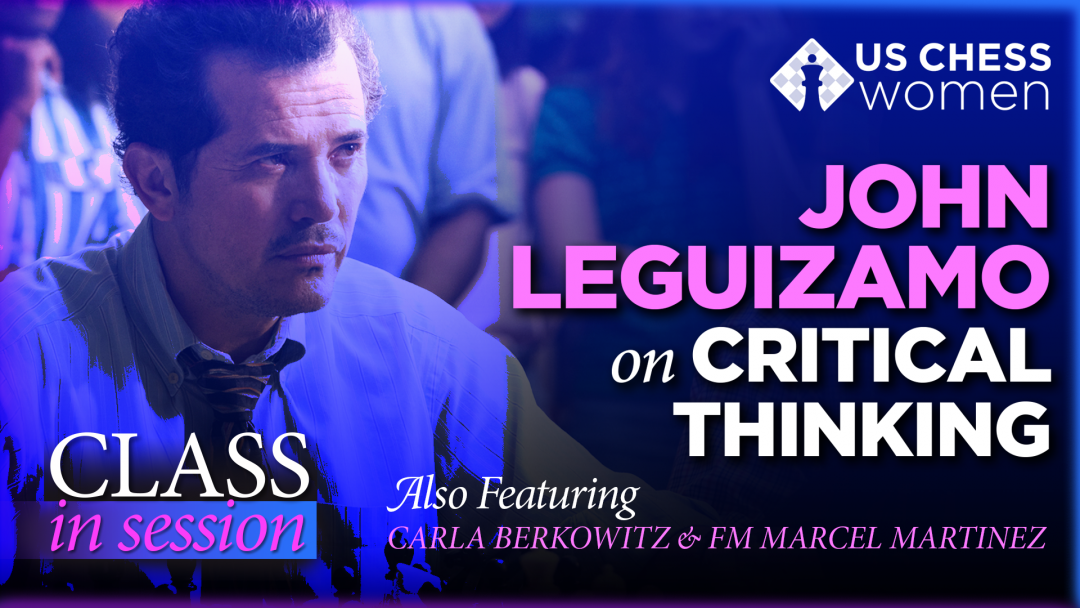 Our girls club programming continues with a special edition on February 11th at 4:30 PM EST on the acclaimed film, Critical Thinking. The film, which released on September 2020, is based on the true story of the 1998 National High School Championship team, Miami Jackson. The event will feature lead actor, comedian and producer John Leguizamo. Executive Producer Carla Berkowitz and former US Junior and High School Champion FM Marcel Martinez will also appear. Marcel was board one for Miami-Jackson in 1998, and was memorably depicted by Jeffry Batista in the film.

Check out the Critical Thinking trailer and find the full movie on Apple, Amazon, YouTube, among other platforms.

Find out more about US Chess Women and our work. Sign up for the Critical Thinking event here, and for the general girls club mailing list here. We also have adult women chess classes.