The first Women’s California Chess Championship took place in Berkeley, California on April 2 and 3, 2016. The two-day event was sponsored by Cal Chess, NM James Eade, and The Berkeley Chess School, who hosted the tournament at the local historic landmark Hillside Elementary School. The tournament was well attended by players rated from WIM and NM to unrated. Super GM Sam Shankland, BCS alumnus and chess instructor, held a seminar in the building on Saturday, which some of the women attended. 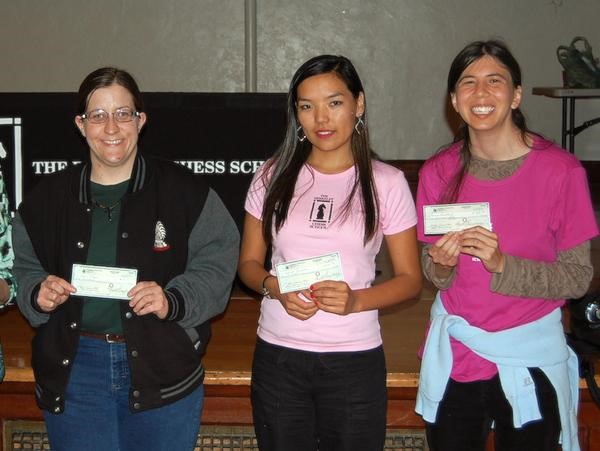 (From left to right): Jessica Lauser, Uyanga Byambaa, and Lauren Goodkind
National Master and BCS chess instructor Uyanga Byambaa won first place with a perfect score. Second place went to Lauren Goodkind (1887), and third place to Jessica Lauser (1609), giving lower-rated players surprising leads over the top-rated players. Two upsets worth mentioning were played by Kimberly Liu (1727) winning against NM Natalya Tsodikova in round 2 and WIM Ruth Haring in round 3. The U/1600 prize went to BCS founder and President, Elizabeth Shaughnessy (1509) and U/1400 to Brenda Munoz (1184). 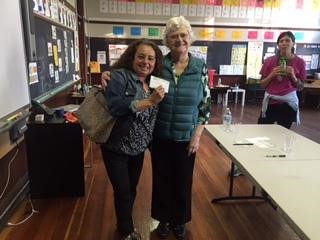 Brenda Munoz with BCS founder Elizabeth Shaughnessy
Some quotes from the women afterwards:

‘Thanks so much for a great tournament.  Thanks also to Doyle, TD, and to anybody else who helped. I met some great players and renewed some old friendships as well.  It was a lot of fun, and I will be back for more. It was especially nice to have some drinks and snacks in the “skittles” room. And to top it all off, we all got a nice T-shirt too.” — Kitty

“I had a wonderful time at the tournament. I’m looking forward to next year!” — Iris Kokish 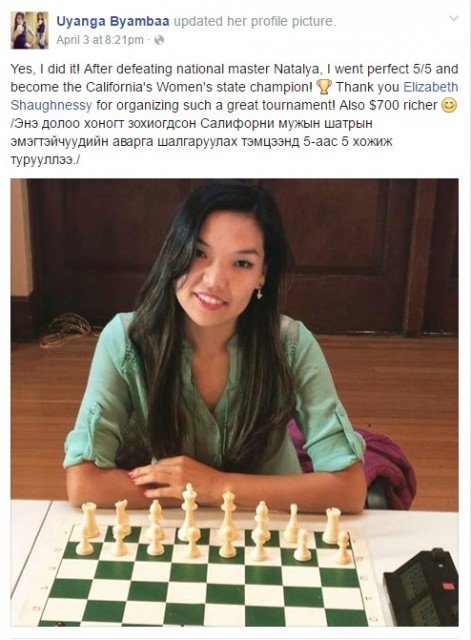 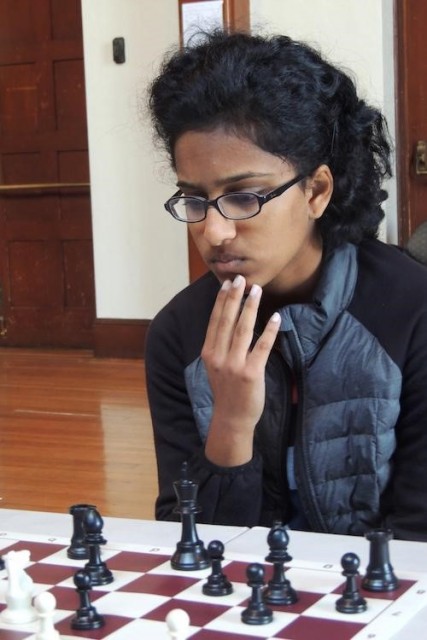 California Girls’ Champion Divija Hasteer
Trophies were awarded for the top competitors in each grade, in addition to the top three competitors overall. Reka Sztaray (1269) won the 7th grade trophy, Simona Nayberg (1891) the 8th, Lindsay Kornguth (1188) the 9th, Ronna Min (1453) the 10th, and Jahnavi Rati (1175) the 11th. There was no entrant from the 12th grade. 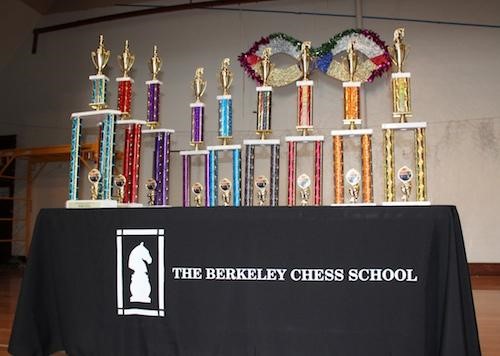 Congratulations to all the winners, and special congratulations to all participants who helped to make history in the first ever Women’s Championship for California State! Thank you to everyone for supporting women’s chess by showing up and competing. Hopefully, this was the first of many successful efforts to encourage girls to play into adulthood, and for women to continue to compete in tournaments. 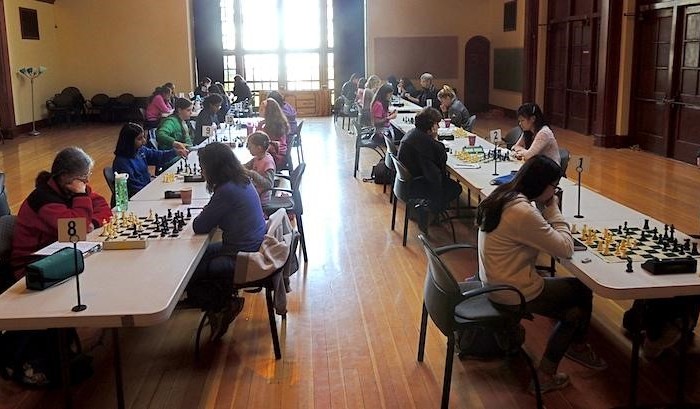 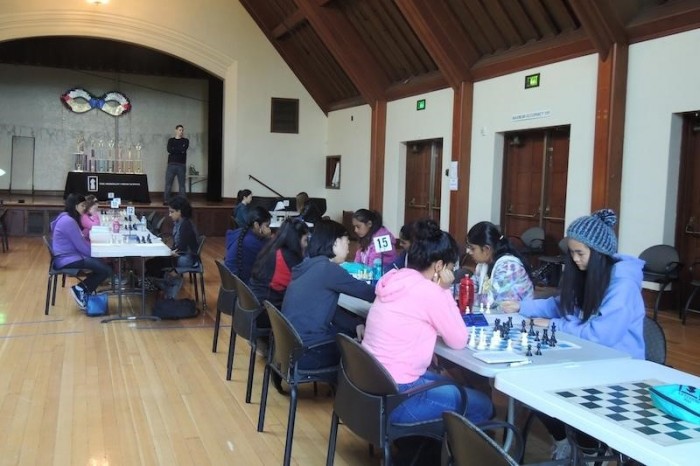 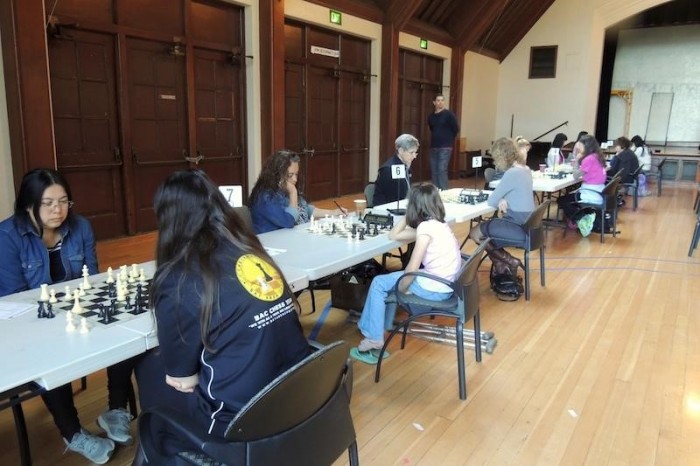