Dr. Tim Redman served twice as President of US Chess, from 1981-1984 and again from 2000-2001. He was also the founder, in 1996, of The University of Texas at Dallas (UT Dallas) Chess Program and served as its director until 2006. He retired as Professor of Literary Studies from UT Dallas at the end of the fall semester of 2019 and a retirement reception was held in his honor on February 6, 2020. 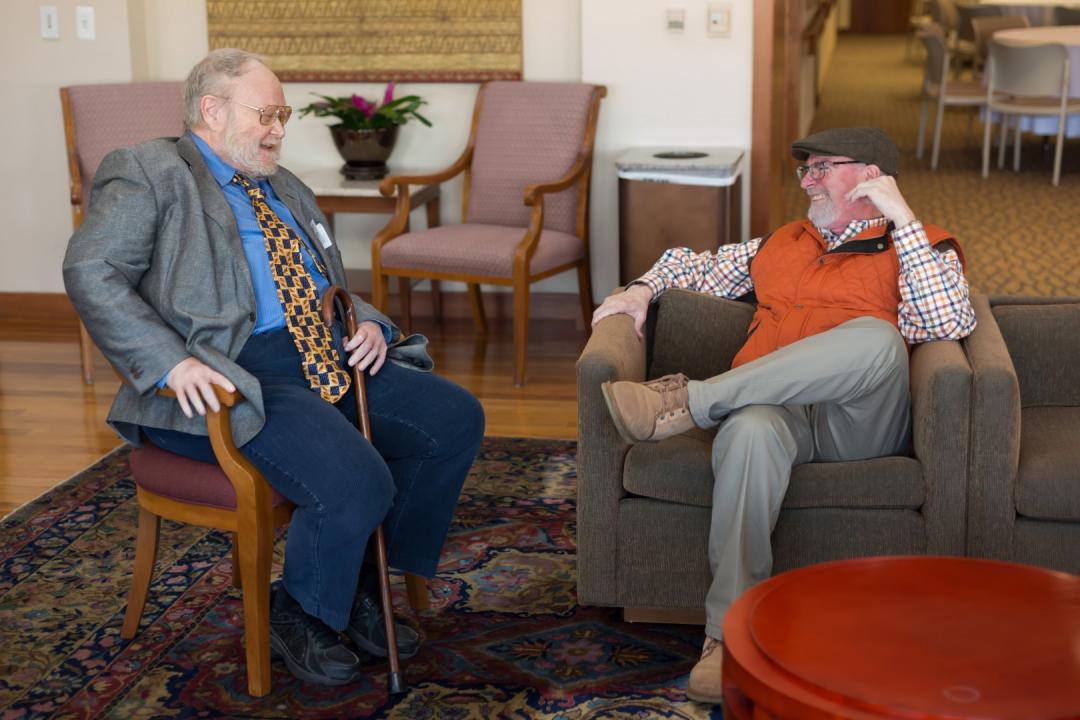 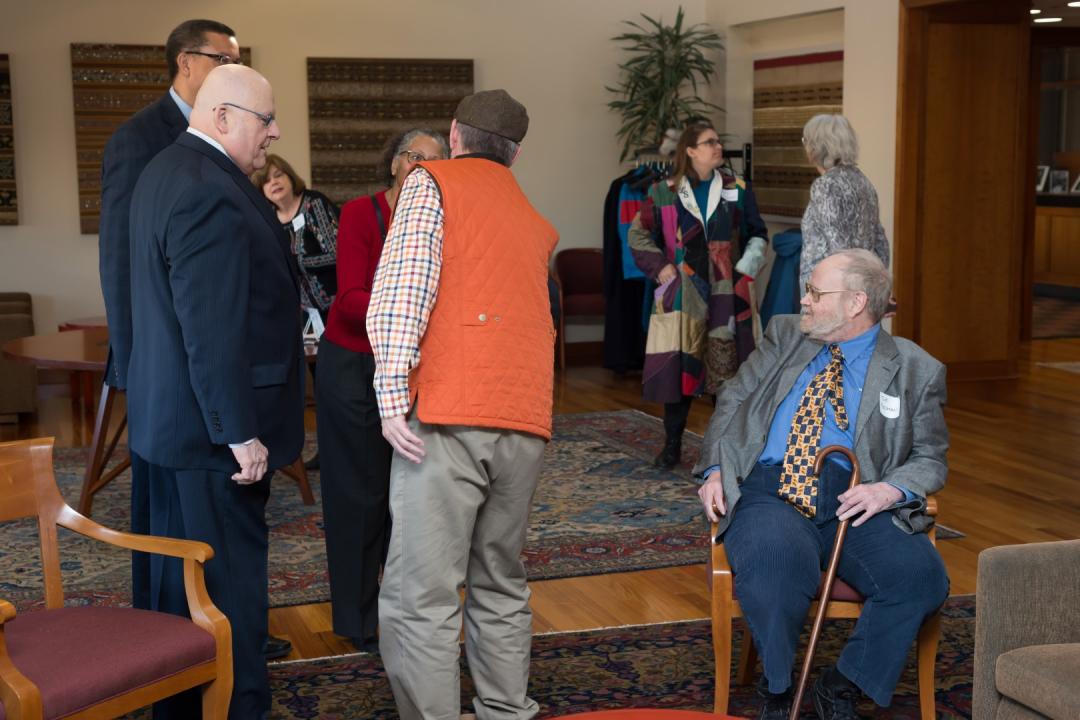 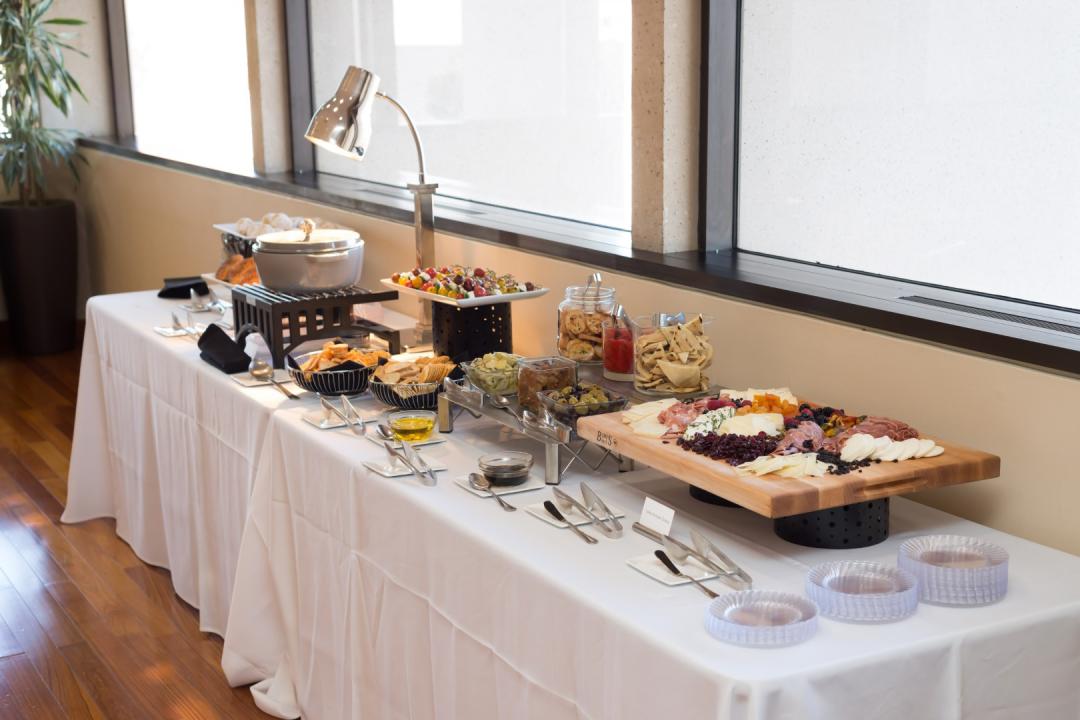 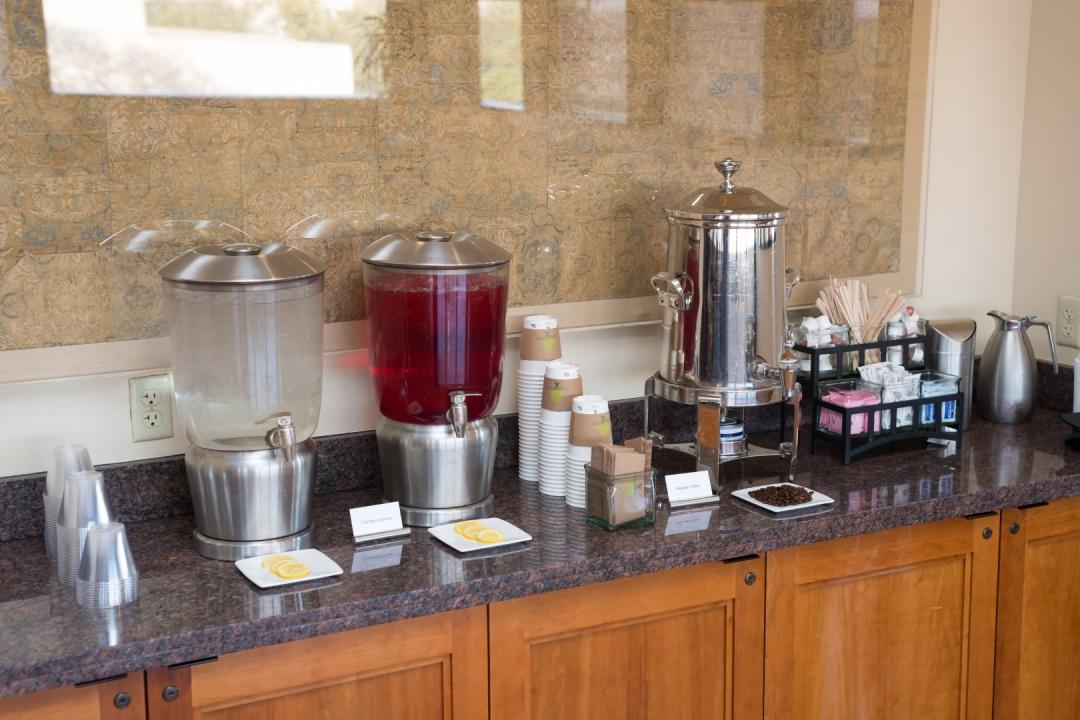 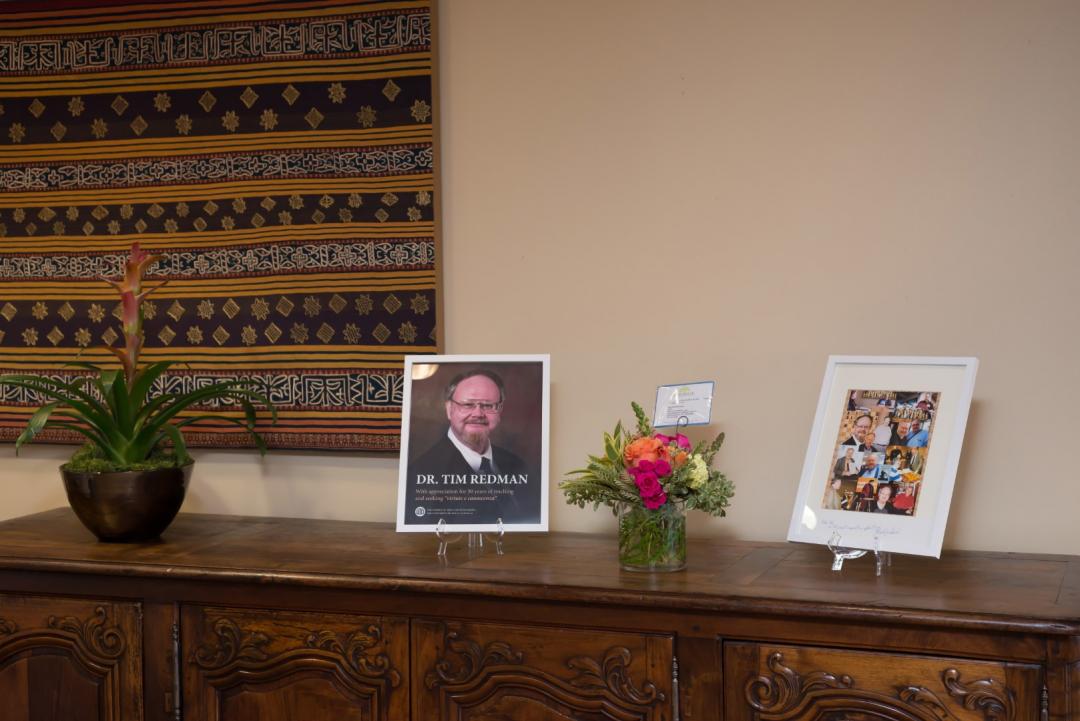 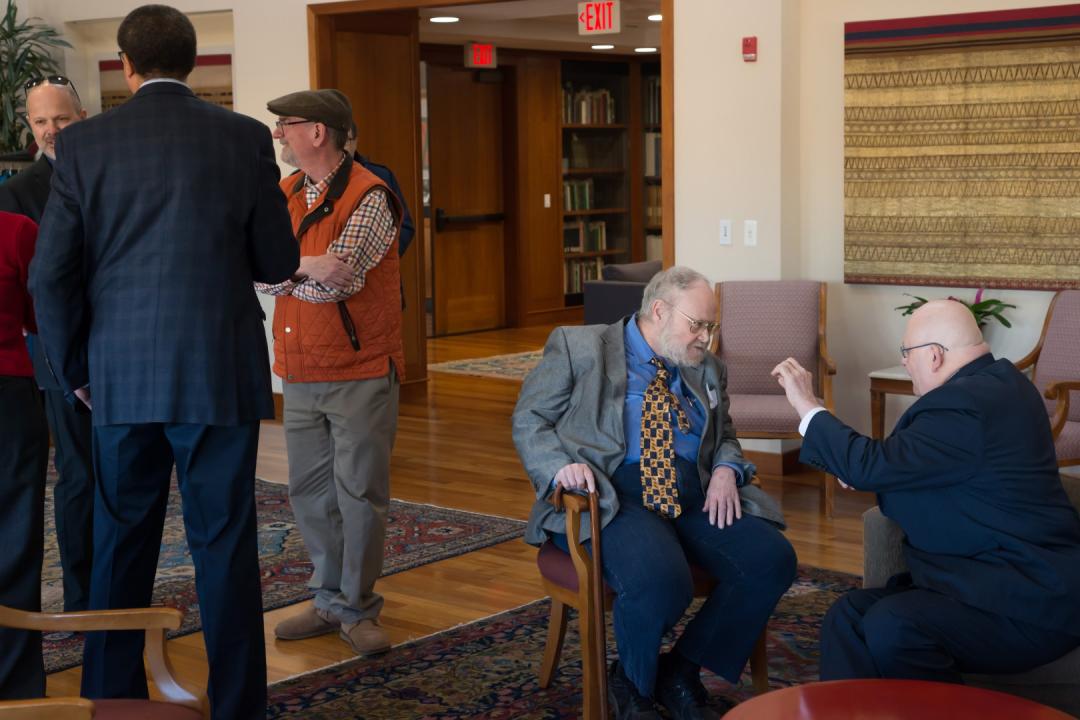 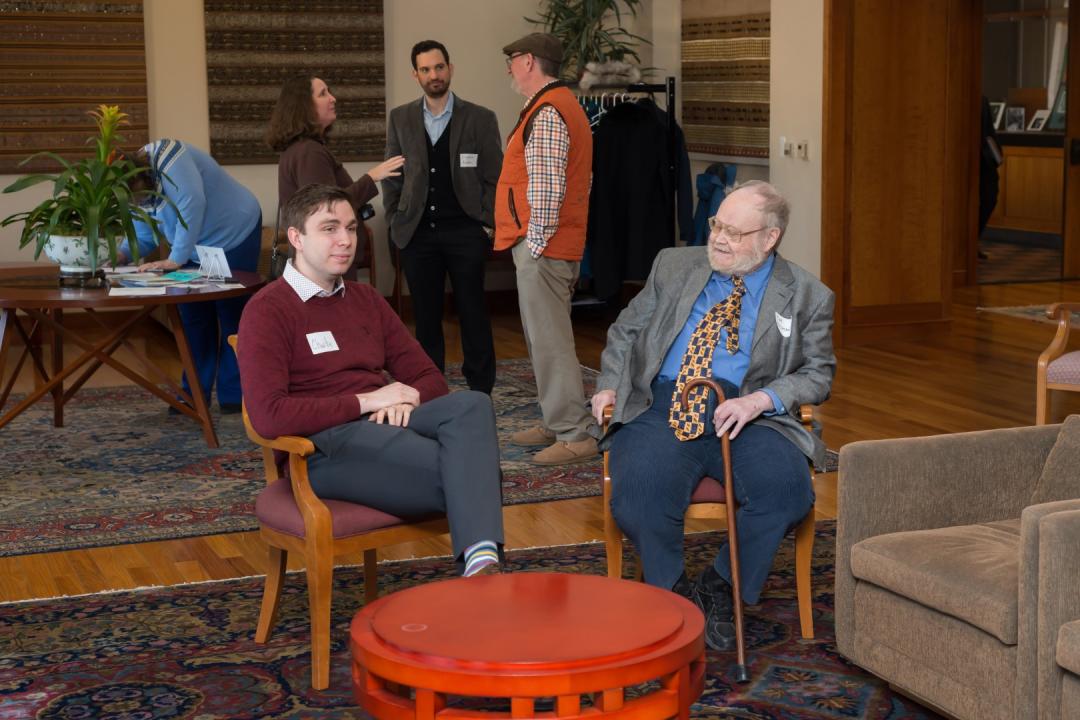 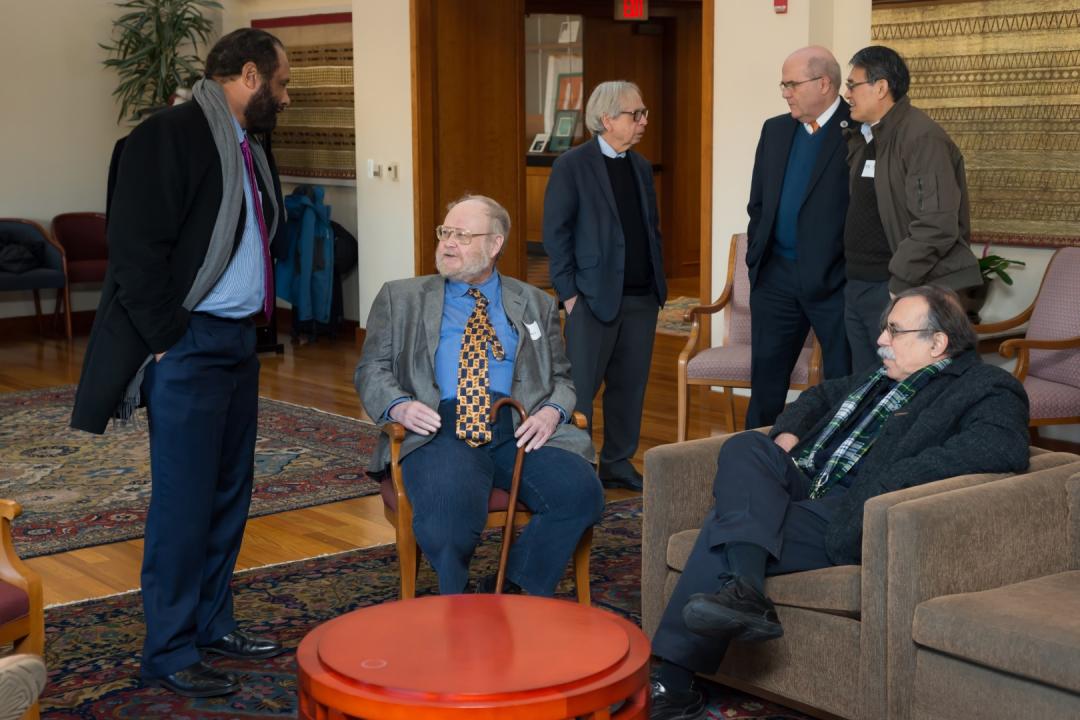 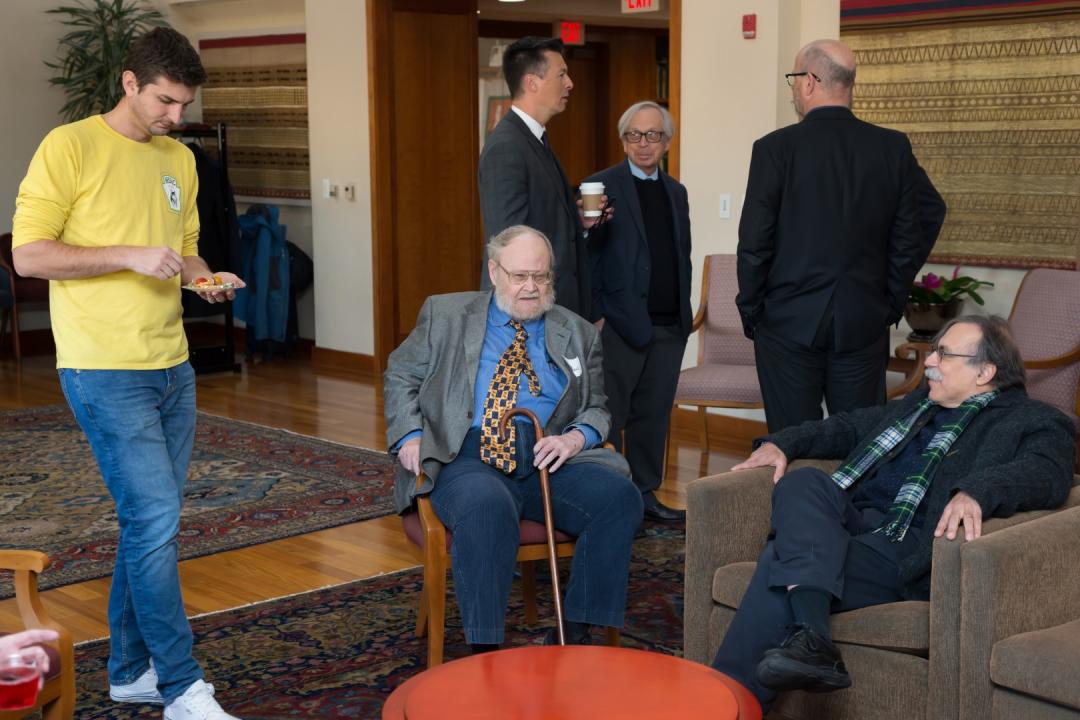 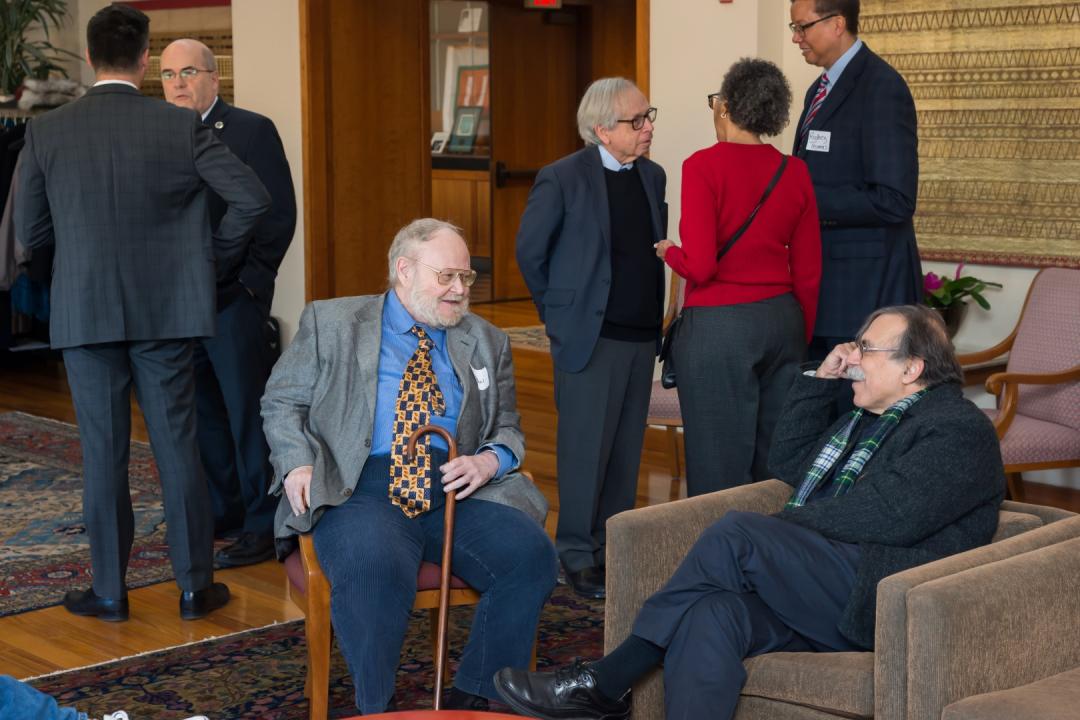 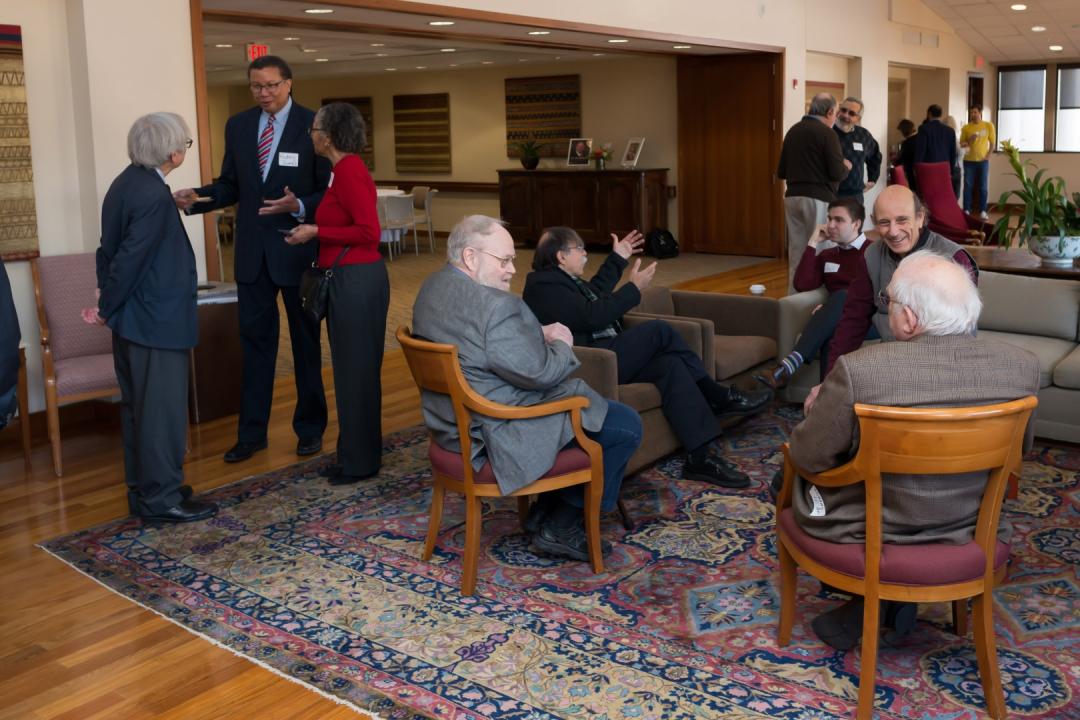 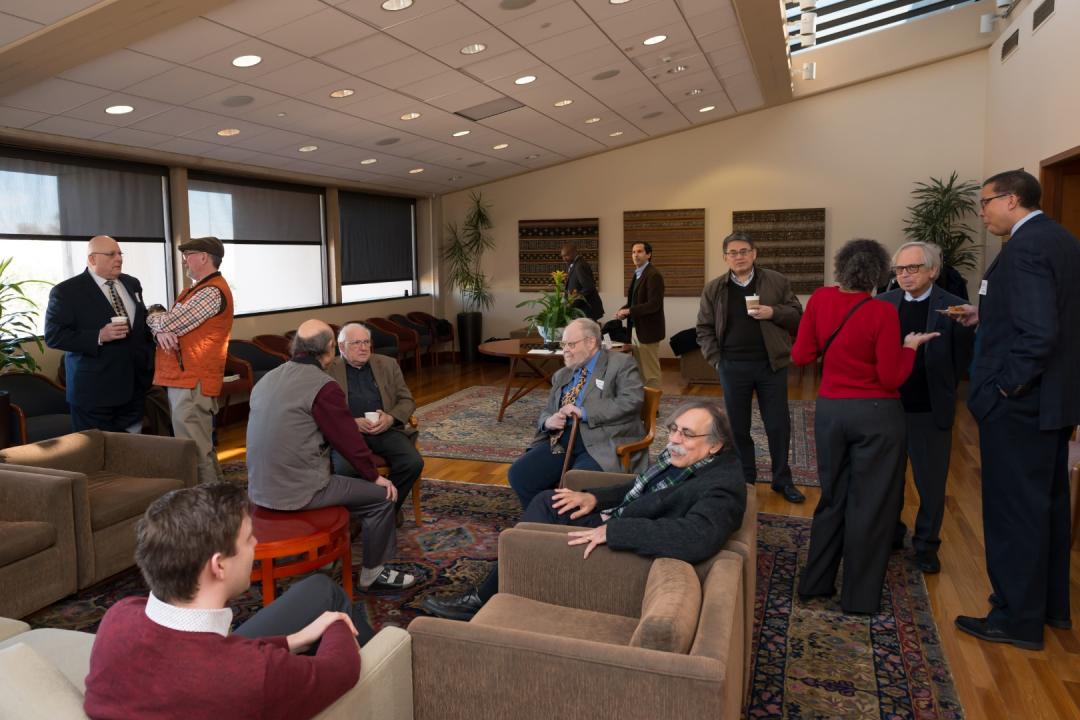 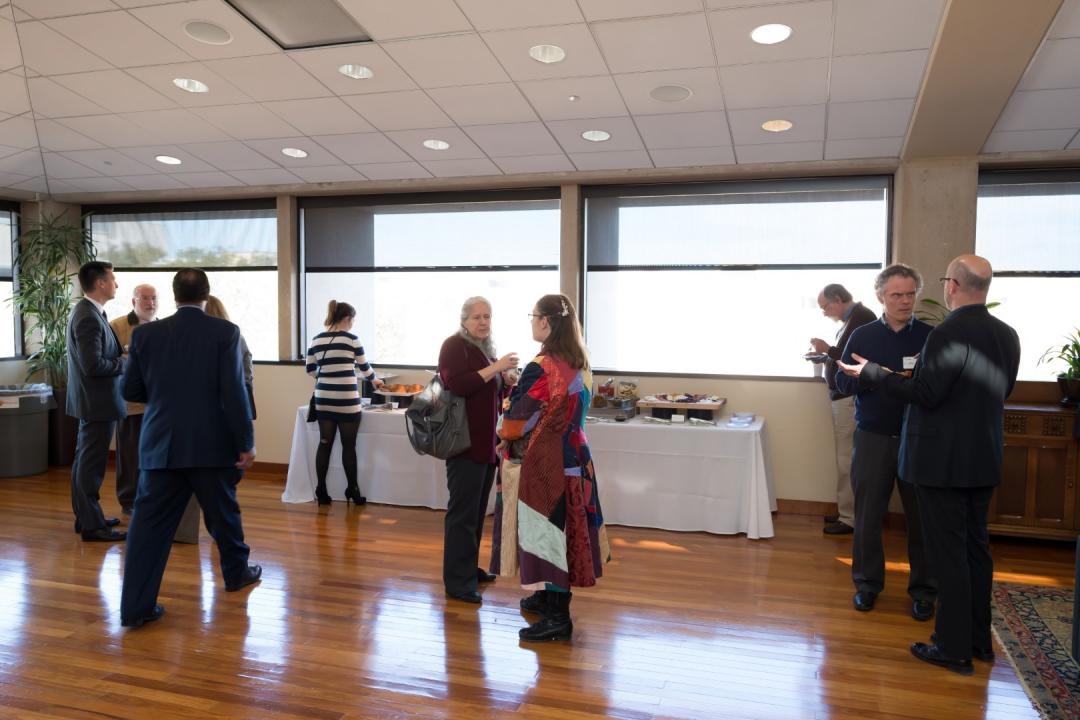 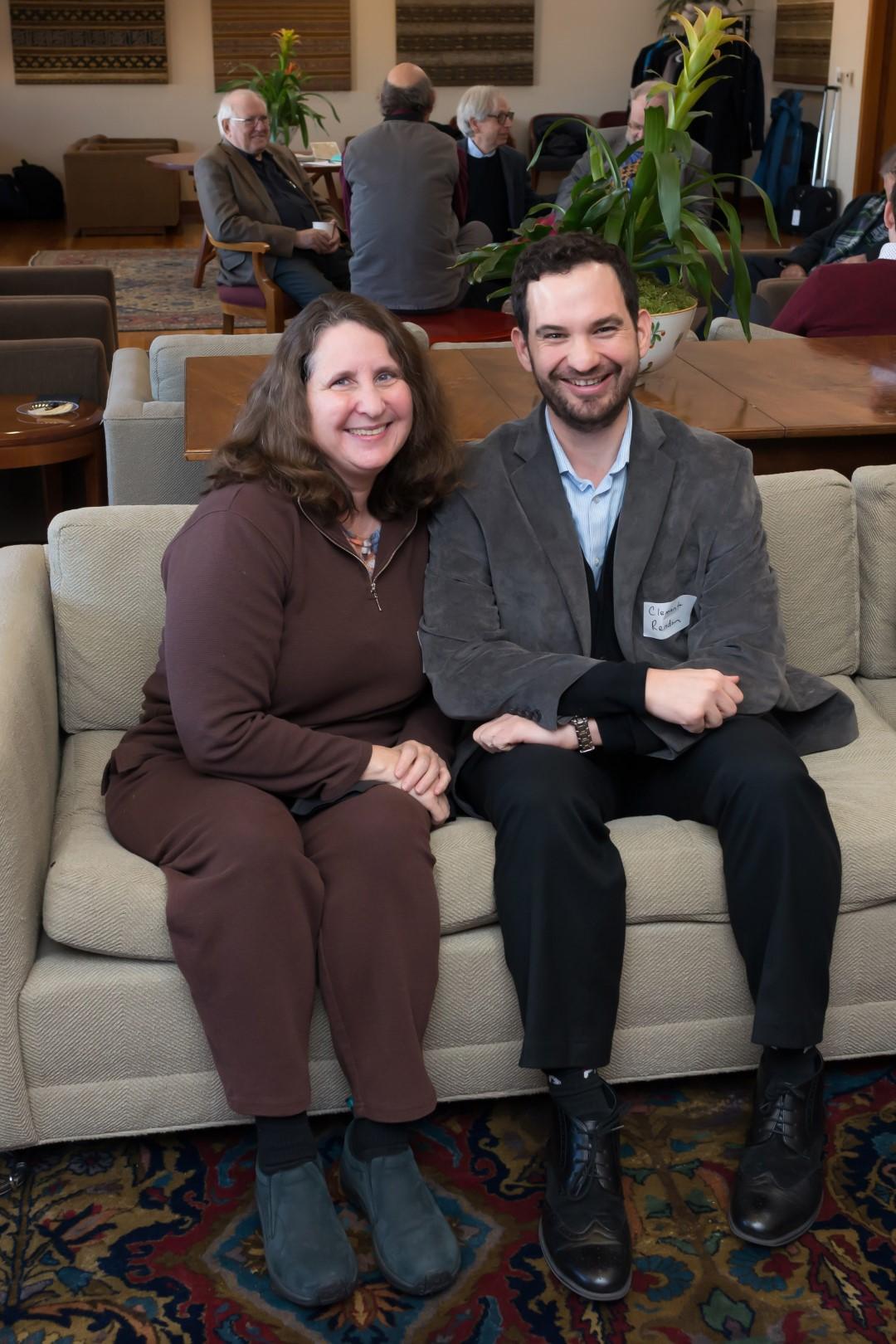 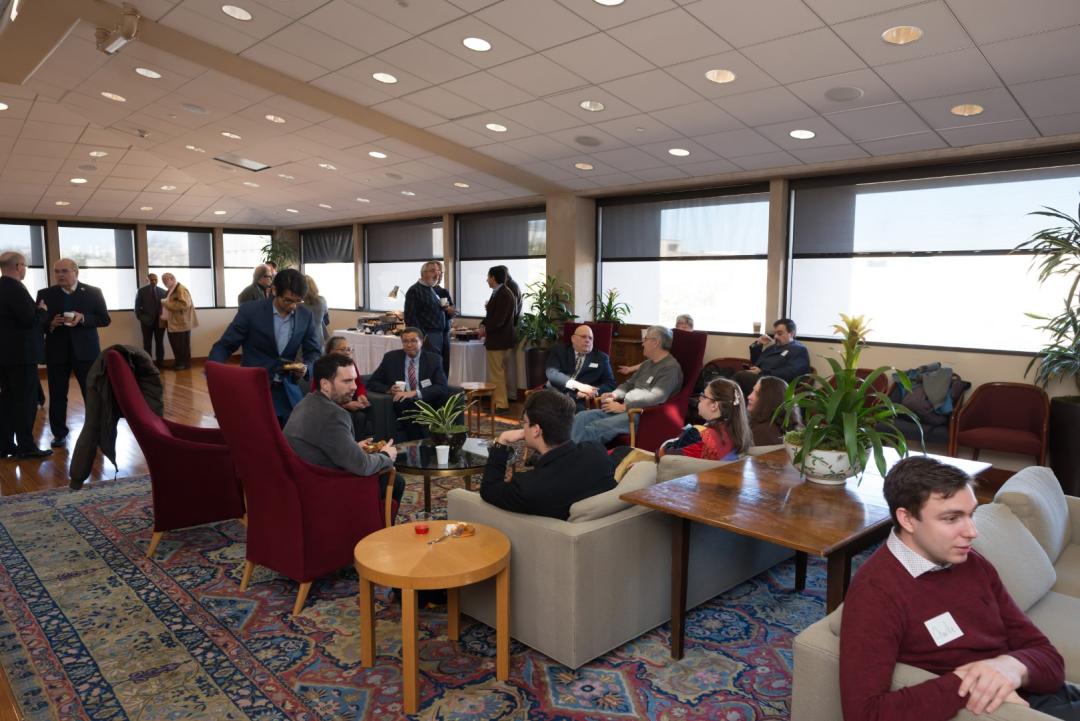 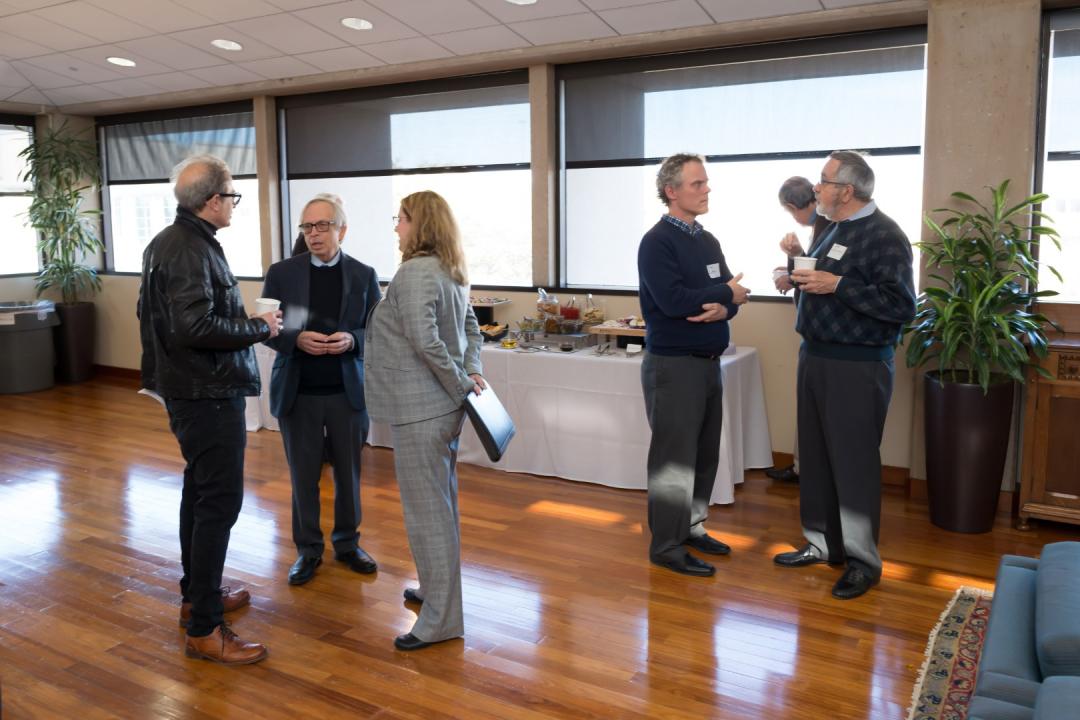 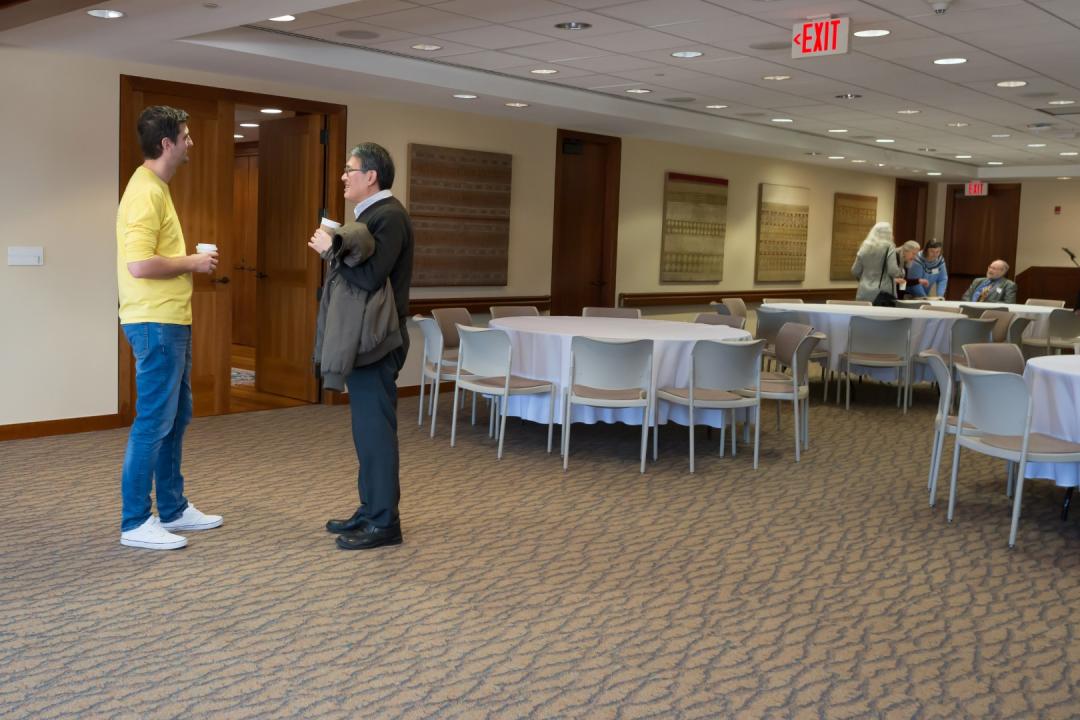 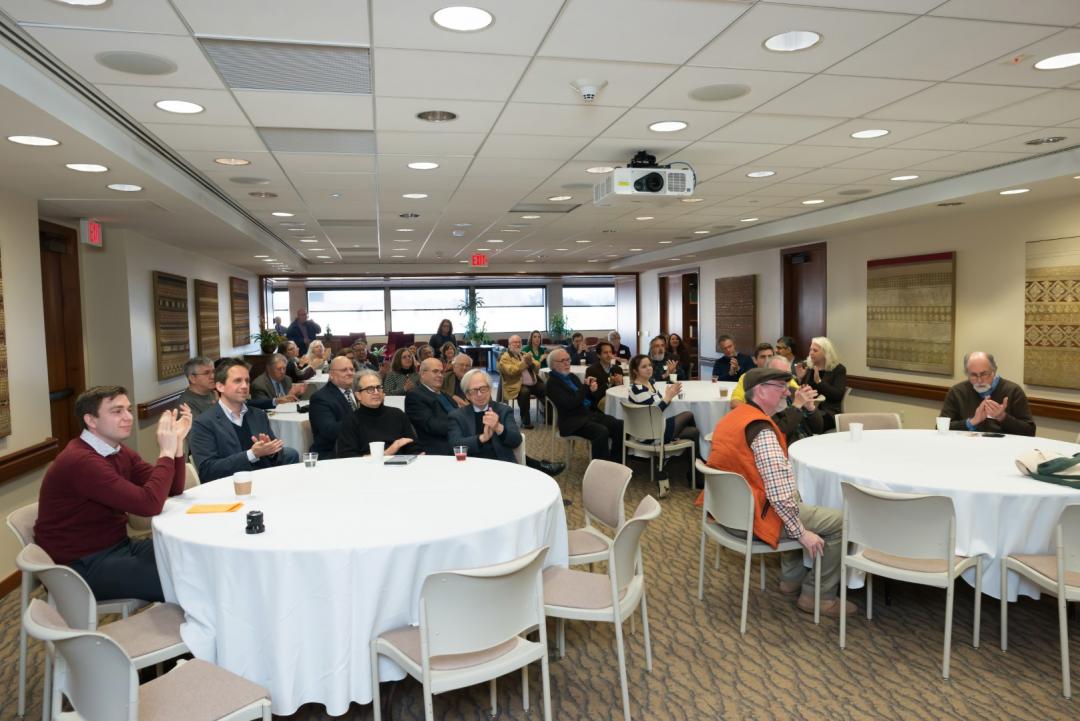 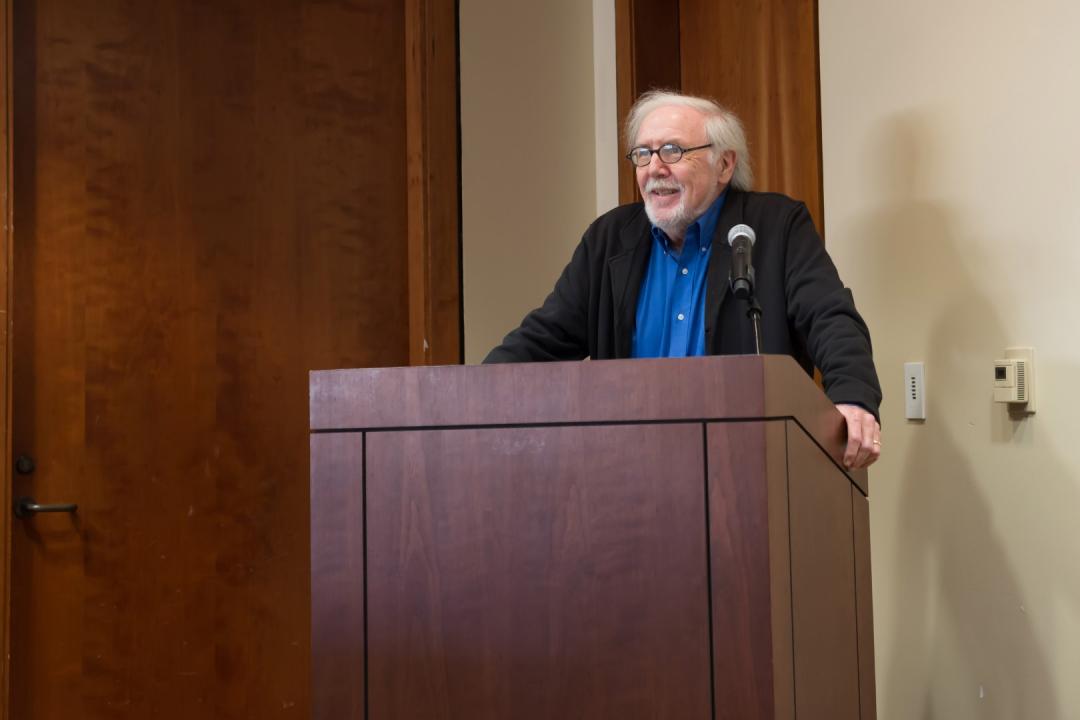 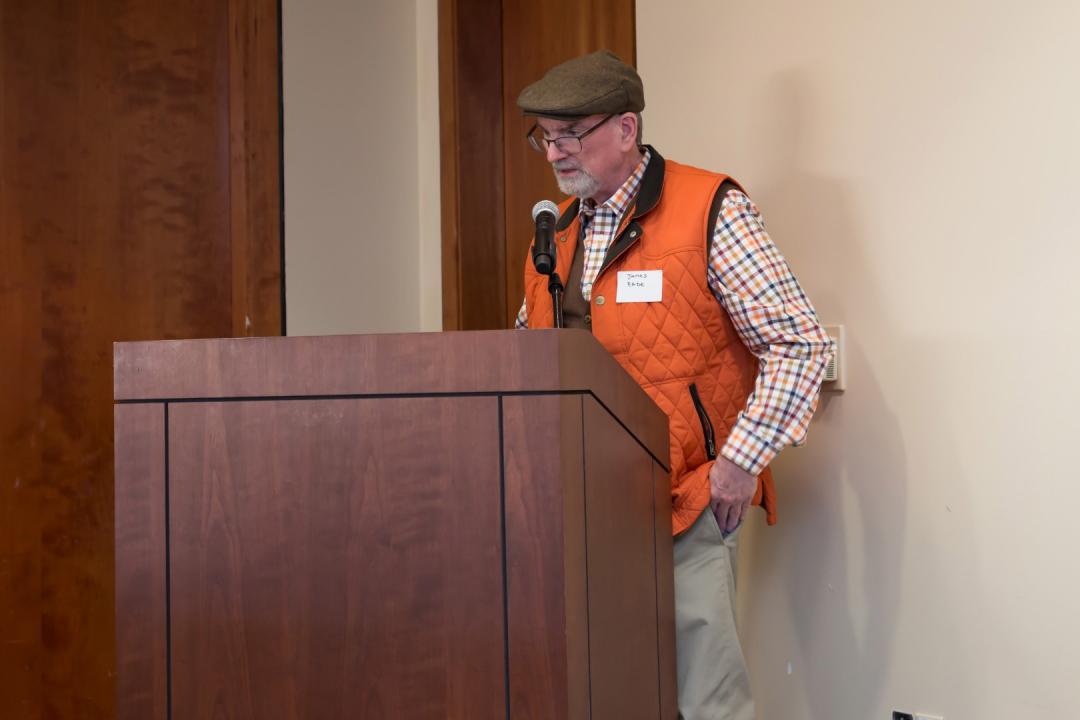 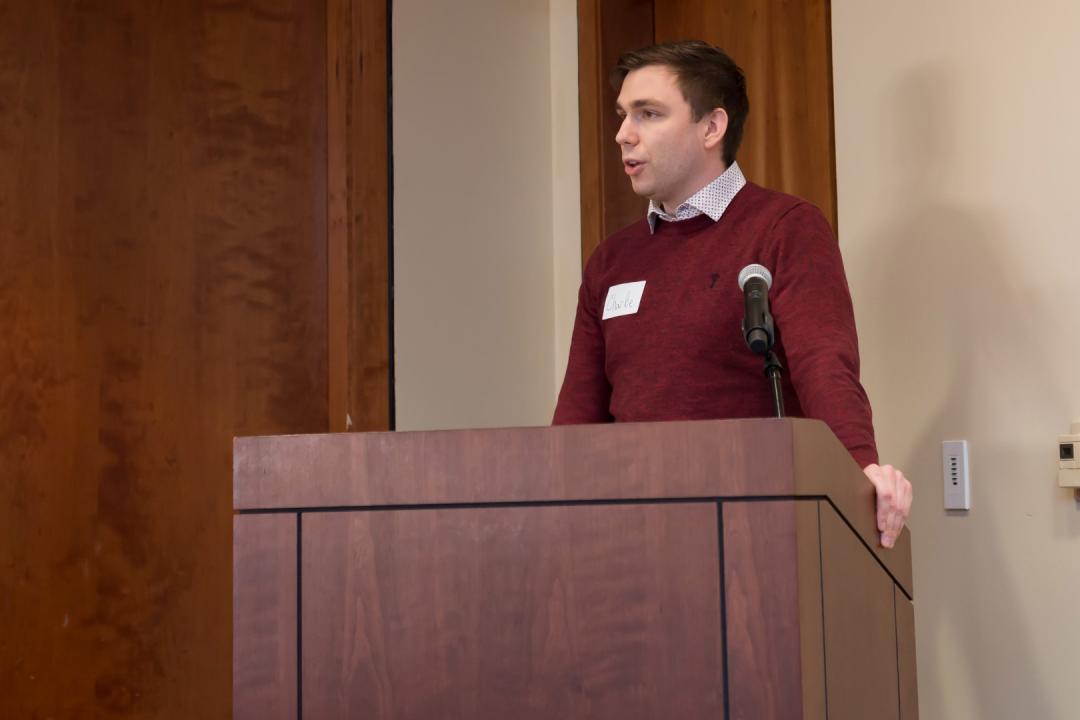 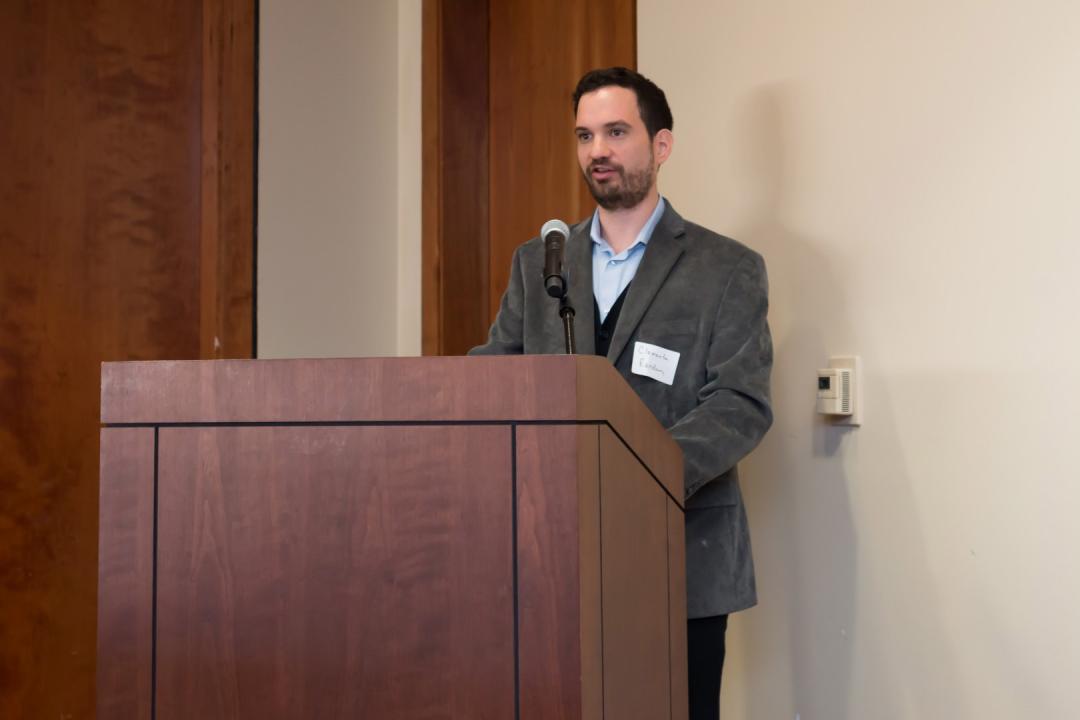 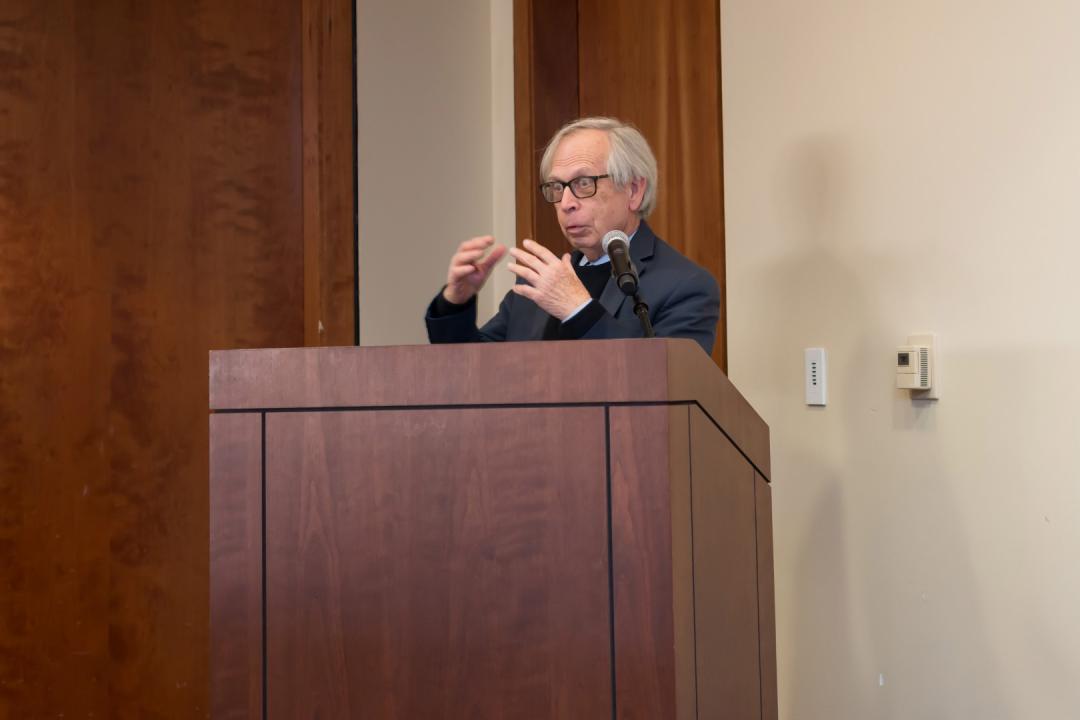 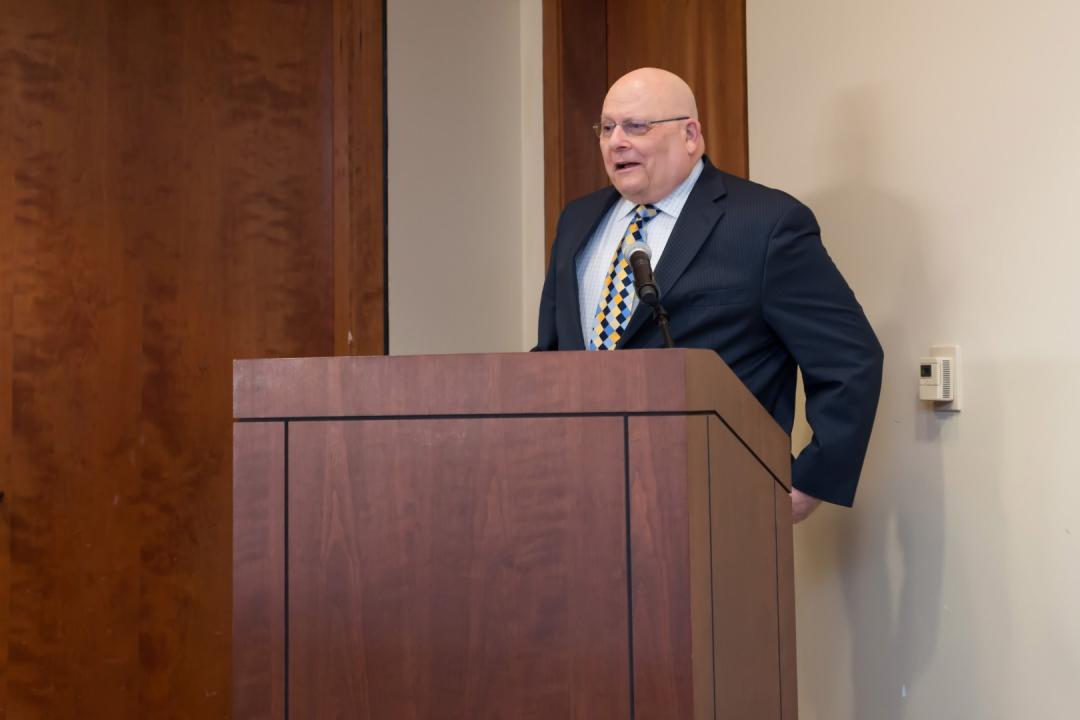 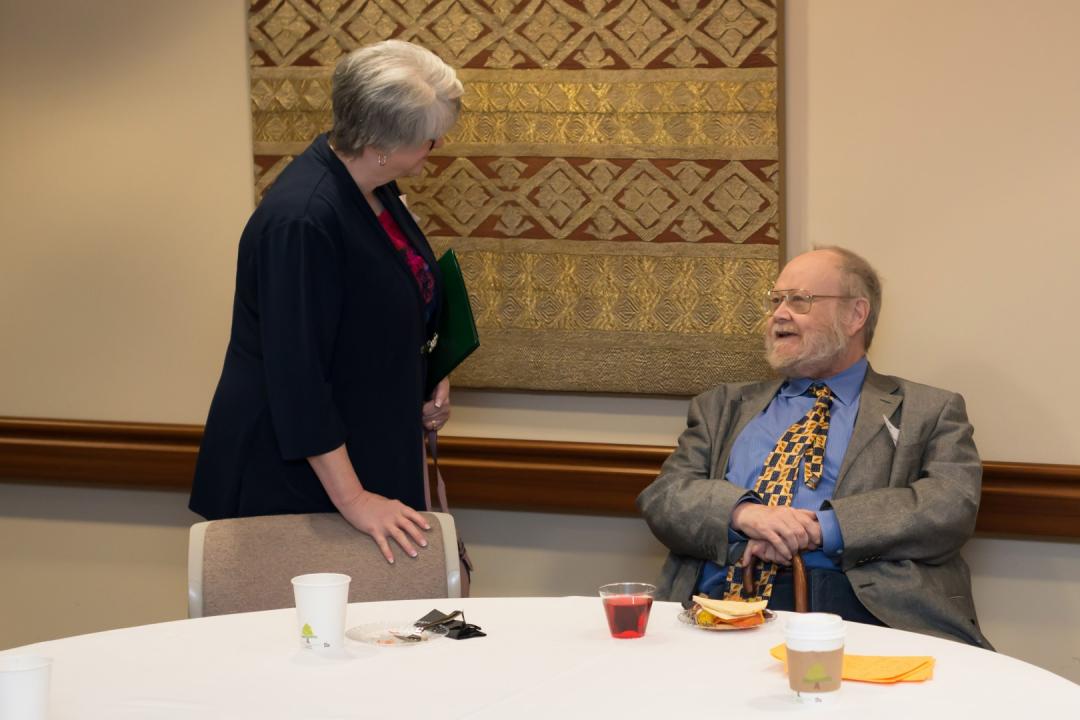 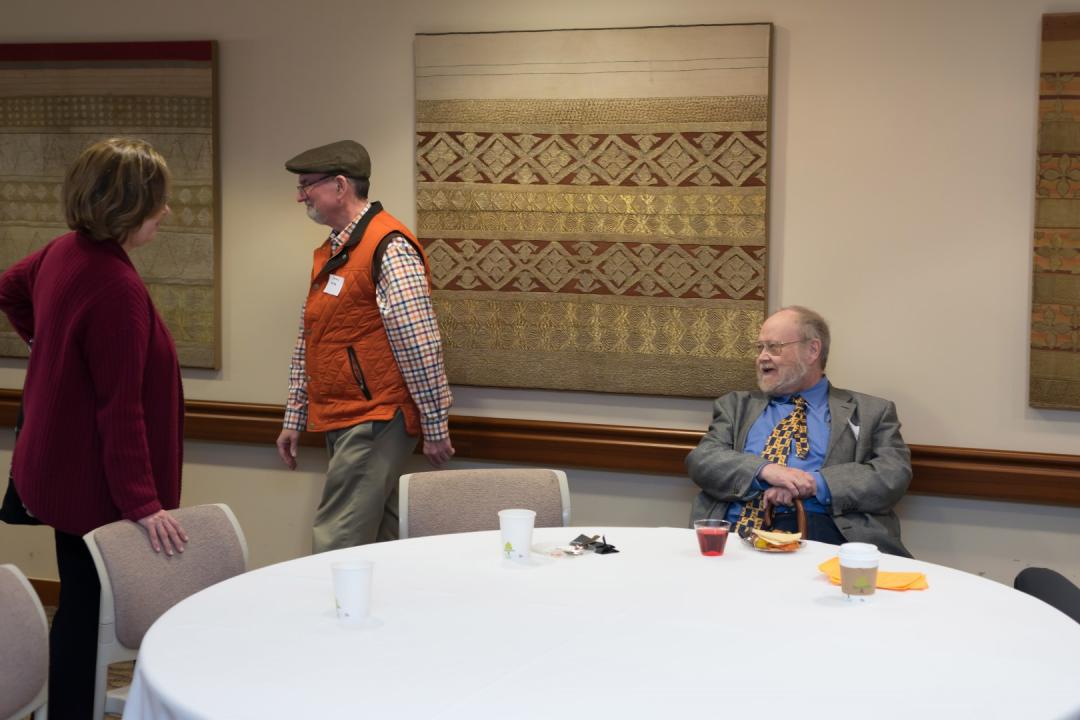 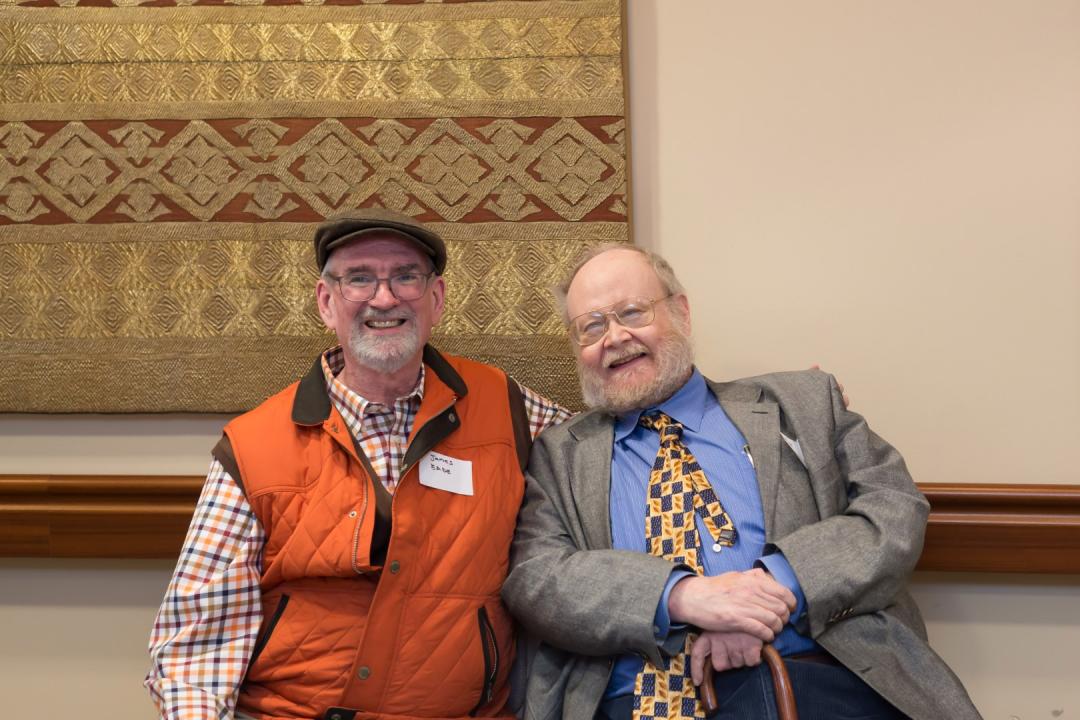 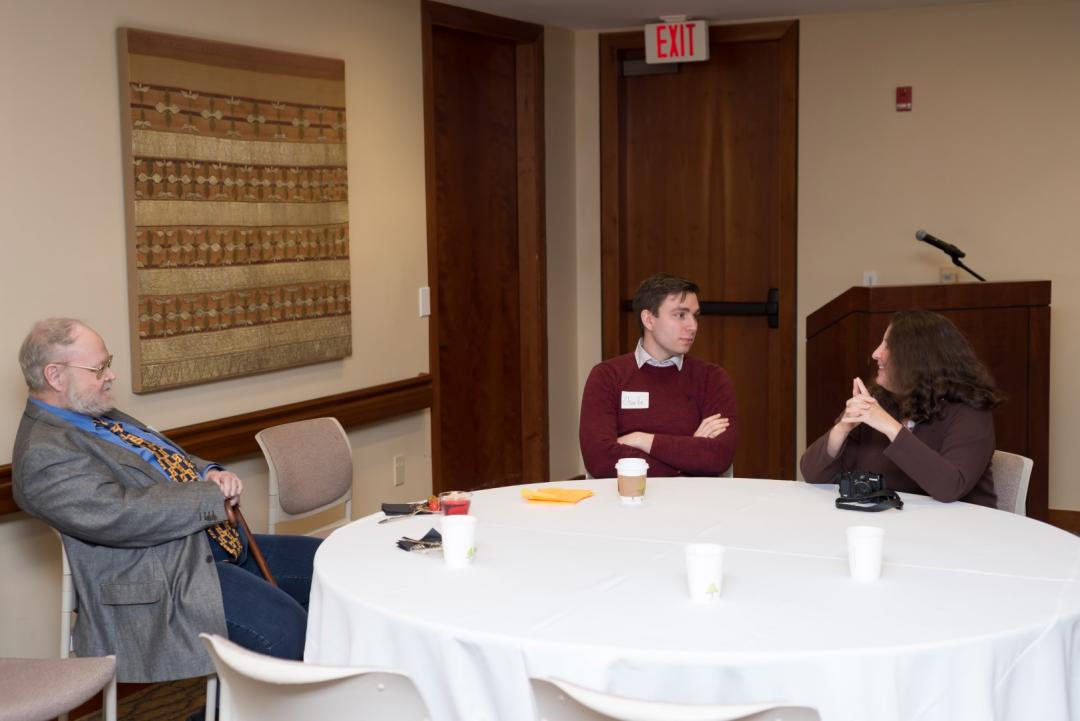 Chess Player Redman is the son of William Charles Redman (1924-1998) and Eileen Marie Keenan Redman (1925-2004). He is the oldest of three children, his sister Marilyn Elizabeth Redman was born in 1956 and died in 2016 and his brother Brian Francis Redman was born in 1952. Redman was born June 26, 1950 in Elmhurst, IL, and grew up in Hinsdale, IL. When in grade school, Redman learned chess from his maternal grandfather, Charles Keenan. Redman became a US Chess Federation member in 1965 and played his first rated tournament that year too. His first rating was 1619. After rising to the top of his Hinsdale Central High School chess club, he commuted 40 minutes one-way by train to the Chicago Chess Club, then located at 64 East Van Buren. Although the chess club was held in what Redman described as a “decaying office building,” it was open 24/7 and he was a frequent visitor. He drove to weekly meetings of the Austin Chess Club in Oak Park, the Gompers Park Chess Club, and the No Exit coffee shop. At that coffee shop chess club, Bill Smythe devised a rating system for 10-minute chess. Under that system, Redman became a master which earned him free cups of coffee. In his US Chess-rated playing career, he earned a peak rating of 2181, became the 1968 Illinois Open Junior Champion, the 1969 Greater Chicago Open Junior Champion, the 1969 Chicago Chess Club Champion (scoring 7-1), and played as a member of the University of Chicago team at two Pan-American Intercollegiate Team Chess Championships (in 1974 and 1975). Tournament Director Redman started directing tournaments in 1966 at the Chicago Chess Club. Along with Bill Goichberg and Bill Lukowiak, Redman was considered one of the three best tournament directors in the U.S. Organizers often flew him into their cities to direct their tournaments. With Pearle Mann as co-director, Redman directed the 1973 U.S. Open, which set the record, up to that year, for the most (773) entries. Redman directed several U.S. Championships, becoming friends with Grandmasters Art Bisguier, Robert Byrne, and Larry Evans. He became an International Arbiter in 1978. One of Redman’s most treasured chess friendships was with Grandmaster George Koltanowski. As a high school student, he watched “Koltanowski on Chess” on public television. Redman met Koltanowski in person in 1972, and Koltanowski predicted that Redman would someday become a US Chess Federation President. Although chess playing, tournament directing, and academic studies (Hinsdale Central HS, 1968; Loyola University of Chicago, B.A. English, cum laude, 1972) kept Redman in Chicago, the Vietnam War almost took him overseas. His draft number was 22, which meant he would certainly be drafted. He filed for, and was granted, conscientious objector status. Nonetheless, Redman expected to serve in a non-combat capacity. Redman was accepted by the comparative literature graduate program at the University of Chicago and got a scholarship. By the time the draft board contacted him, he was in the middle of his Master’s degree and got a one-year postponement. After that year, Nixon cancelled the draft. Redman finished his M.A. with honors in 1974 and began his Ph.D. coursework. He finished that coursework (1975) and qualifying exams (1976) before spending 18 months (1976-1977) in Rome for his dissertation research. This was his second trip to Rome. His first, from 1970-1971, sparked his lifelong interest in Italy. His dissertation, Ezra Pound and Italian Fascism, was completed in 1987 and published as a book in 1991 by Cambridge University Press. Chess Politician Having previously served as a Chicago Chess Club officer (1966) and executive director (1967) and twice as President of the Illinois Chess Association, Redman had chess political and administrative experience when his friend Dick Verber asked him to run for the US Chess Federation’s Policy Board. The Policy Board is now the “Executive Board,” so that term is used for the rest of this article. Redman won a seat on the Executive Board in the 1978 election with a vote of 237-67. Redman’s Executive Board terms occurred between 1978 and 2001, and his Presidential terms were from 1981-1984 and 2000-2001. College Chess Redman is perhaps best known in the chess world for changing the landscape of college chess. Redman began as an assistant professor of Literary Studies at UT Dallas in 1989, having previously taught composition at institutions of higher education in the Midwest. As recounted on the UT Dallas Chess Program History page, in the mid-1990s Redman convinced then-UT Dallas President Franklyn Jenifer that chess could meet “institutional challenges, including a desire for visibility and the need to recruit more students who meet the University’s rigorous admissions standards.” The first chess students on scholarships arrived in 1996, adding more chess culture to the campus which already had a chess club founded by students in 1995. Along with the University of Maryland, Baltimore County, UT Dallas dominated the annual Pan-American Intercollegiate Team Chess Championships. Redman established the President’s Cup (known as the “Final Four of Chess”) in April of 2001. UT Dallas hosted that first President’s Cup and won it too. Because of Dr. Redman’s work at UT Dallas inspiring other universities to begin chess programs, college-age students in the US and worldwide can earn full-ride scholarships that take into account their chess achievements. 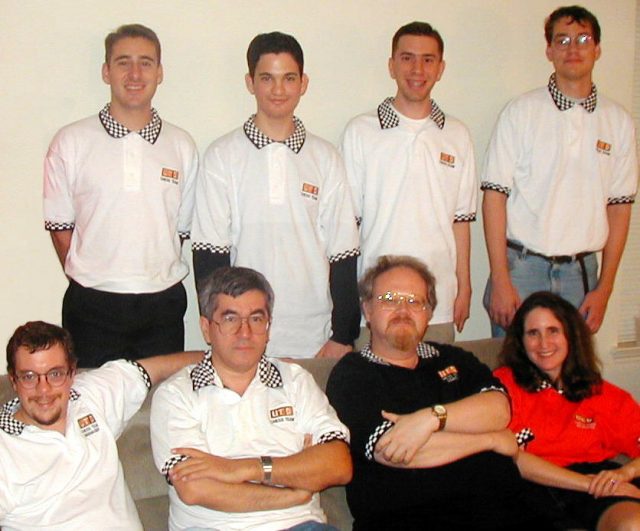 UT Dallas Chess Officers and Program Staff circa 2000
The UT Dallas Chess Program is about more than granting scholarships and winning tournaments. The Chess Program has become a significant part of the university in many ways, including providing chess players with UT Dallas careers. Redman recruited me (Alexey Root) to UT Dallas in 1999, the same year he also asked International Master Rade Milovanovic to serve as the chess team’s coach a position Milovanovic held until January of 2019. Senior Tournament Director and chess expert Luis Salinas joined the UT Dallas Chess Program as Assistant Director in the fall of 2001 and retired in January of 2020. About Salinas, UT Dallas Associate Provost Abby Kratz stated, “Luis provided essential support to all the team’s endeavors - arranging their travel, facilitating their use of electronic tools, even preparing and monitoring their local tournament sites in Dallas and at the university.” Chess expert Jim Stallings joined the Chess Program as Associate Director in 2004 and took over as Chess Program Director from Tim Redman in 2006. The team’s current coach, Grandmaster Julio Sadorra, graduated from UT Dallas in 2013 and played on the chess team when a student. Chess expert Tim Steiner became the UT Dallas Chess Program coordinator in February of 2020. Chess and Education In 2001, after a $50,000 grant that Redman wrote was funded, UT Dallas established college credit courses that explored the role of chess in education and society. Redman and I both taught these online courses initially, and I continue to teach them today. Redman was the organizer and I was the co-organizer of two Koltanowski International Conferences on Chess and Education, in 2001 and 2011. Another conference is planned during the US Open in 2021. Redman edited a book about the first Koltanowski conference (Chess and Education: Selected Essays from the Koltanowski Conference, 2006). Retirement Redman was on medical leave from UT Dallas in the fall semester of 2017 and also did not teach in the spring semester of 2018. For 2018-2019, he had a Special Faculty Development Assignment, similar to a sabbatical. He returned to teaching for the fall semester of 2019 before retiring at the end of that semester. A retirement reception was held February 6, 2020. Memories Tim Redman is a wonderful friend and mentor to me. Because of him recruiting me to UT Dallas, I was able to combine my background in education with my accomplishments in chess into a satisfying higher education teaching career. At the Retirement Reception for Dr. Redman on February 6, others shared memories including Eade Foundation Chairman and CEO Jim Eade, who flew in from San Francisco to attend the reception. 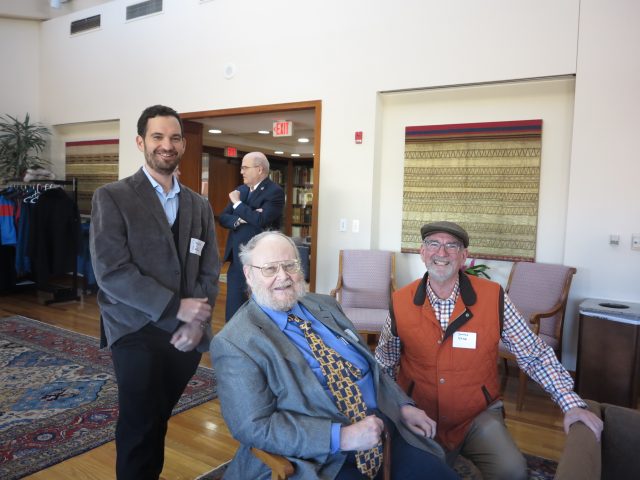 Clemente Rendon (standing, blue shirt), Tim Redman (seated center), Jim Eade (kneeling right)
Eade recalled, “Tim and I met through Chess Governance. We both served on the Executive Board of the US Chess Federation, but not at the same time. In fact, Tim was President of the organization both before and after my term of service. If I recall correctly, Tim is the only two-time President in the organization’s history, but I hasten to add that this does not make Tim a two-timer in the traditional sense of the phrase. We also both served in FIDE (the International Chess Federation), but not at the same time. We did attend one General Assembly together in Istanbul. His advice and counsel has been a tremendous help to me in my days of service in Chess Governance. We became friends quickly, and good friends soon after. He has more than earned whatever recognition he gets, and I am happy to contribute to it in even the smallest of ways.” UT Dallas Chess Club President (from 1999-2003) Clemente Rendon flew in from Brownsville, Texas to attend Tim Redman’s retirement reception. Rendon shared, “In the early 2000s, the main chess rivalry was between UT Dallas and University of Maryland, Baltimore County. However, Tim wanted to see highly-competitive college chess spread to other colleges and universities. In 2001, I informed Tim that I met with Dr. Juliet Garcia, then the President of The University of Texas at Brownsville and Texas Southmost College. UT Brownsville became The University of Texas Rio Grande Valley, today one of the very top college chess teams. I recall that Tim was very excited that I had encouraged Garcia to form a chess team and program. Redman said that the additional competition from Brownsville would challenge the UT Dallas team to do its best. Tim’s reaction has stuck with me. Instead of focusing on short-term rivalries, Tim believed that UT Dallas, and other colleges and universities as well, all benefit from a more competitive college chess scene.” Reader Comments If you would like to wish Dr. Tim Redman well on his retirement from The University of Texas at Dallas, please leave a comment on this article.
SHARE:

Thank you, Professor Redman, you are a great and wonderful teacher (I took your Dante class in 1990) before I even knew that you were a great man of Chess. I still keep the Commedia close to hand in my library.