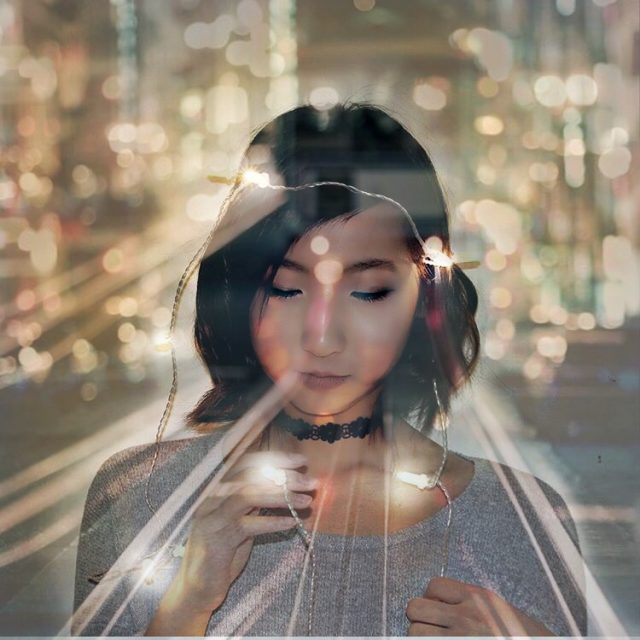 Maggie Luo
At US Chess, we are always interested in diverse ways to stand out in the game beyond increasing your rating, whether by teaching, organizing, or creative fields. Maggie Luo talked to US Chess about how her passions for chess and photography collided at the recent US Open in her home state of Virginia.
16-year-old Maggie Luo from Fairfax, Virginia first got into chess in second grade, when her father taught her and encouraged her to play in tournaments. As for her other main passion, one of her best friends inspired her photography- they took turns modelling for each other and Maggie was immediately hooked: "Ever since that first photoshoot, I wanted to continue being a model and in order to do so, I needed to be able to take my own pictures as well. My passion for photography grew and I began to see everything around me in a new perspective." Maggie was also influenced by photographer Katelyn Mariko, a friend that goes to William and Mary College, as well as the New York photographer Brandon Woelfel. 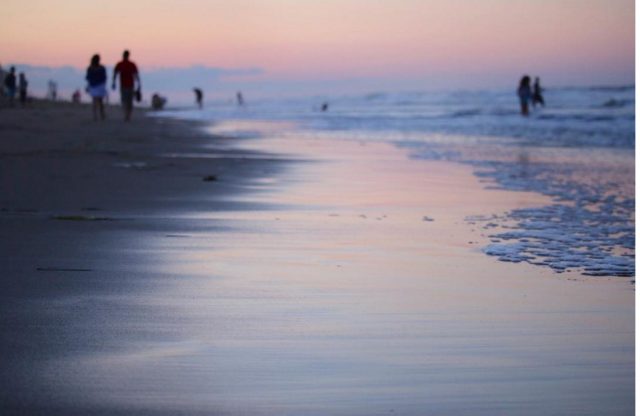 Maggie posted this photo of Virginia Beach on her instagram
In Norfolk, VA, the site of the 2017 US Open, Maggie was working as a tournament director for the Bughouse and Scholastic side events, but also had plenty of free time. She met US Chess photographer Jim Doyle, who encouraged her interest in photography. Maggie set up a photo shoot with several of the most talented young chessplayers in the event. Maggie explained how she was able to show the softer side of the determined and often serious NGTOC champion Rochelle Wu: "Although it may seem like I'm friends with her, I didn't know her personally till the photoshoot. I decided to have a sibling themed photoshoot, of course with individual shots of her. I was able to come up with many different poses with her and her brother, and I added some fun with it as well. I had her slide down the banister on the stairs, competing with her brother who could slide down the fastest. She had some ideas of her own, adding in some cartwheels, handstands, and riding on her brother's shoulders. For such a young girl, her fame is growing, and I hoped I was able to capture her well to help spread her fame." 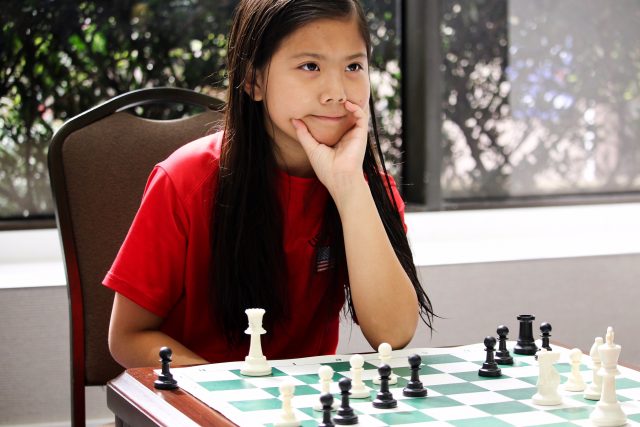 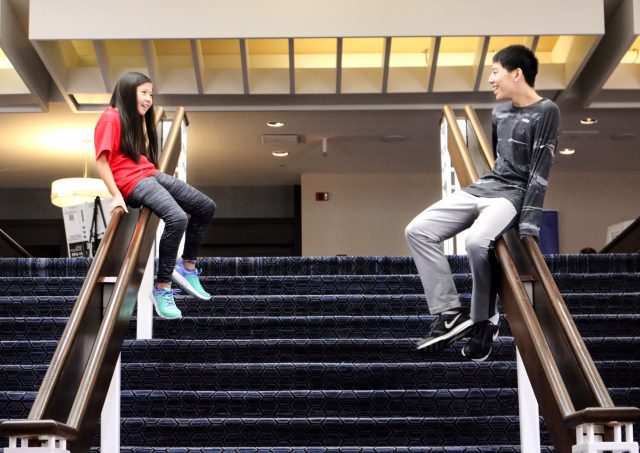 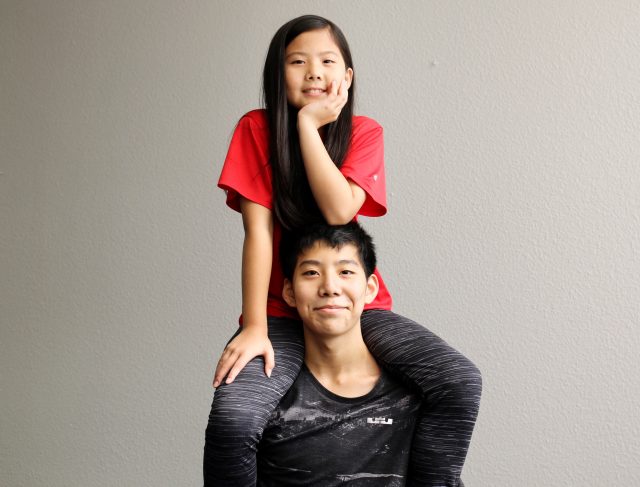 Rochelle and Sijing Wu
She also took photos of some of the most talented young female players in the country, Jennifer Yu, Emily Nguyen and Annie Wang. "They turned out wonderfully and we all had a great time. So I ended the tournament with a new perspective in mind: combining my love for photography and chess, and making new friends." 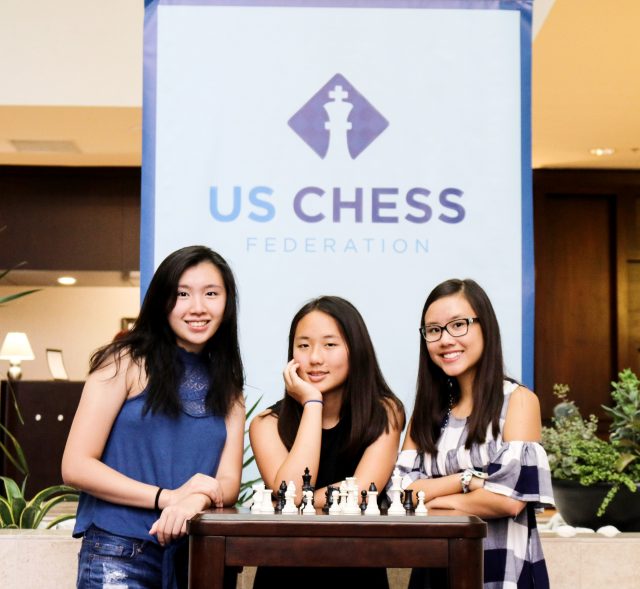 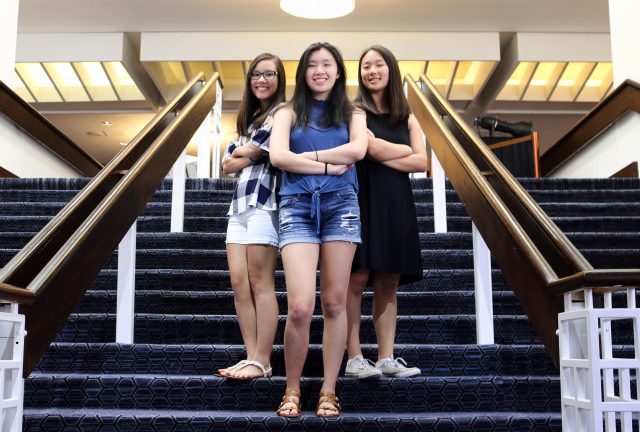 Emily Nguyen, Jennifer Yu and Annie Wang in Norfolk
When asked about players she admires most, Maggie told US Chess, "I bet many players would probably say famous chess players, but I don't have any particular reason why I would choose a famous chess player. Instead, I admire my friend Jennifer Yu. I have known Jennifer ever since we've started playing chess. She was always better than me and most of my friends, because she dedicated much of her time to study and practice. At one year in our State Championships, she lost to a 900 in the first round when she was, I think, around 1900. Everyone was shocked at such a huge upset. Even though she lost to an extremely lower rated player than her, she played well the rest of the tournament and later that year in World Youth, she was champion in her section. Many players stop playing chess after they start high school, but she continues playing in many tournaments and has been improving every year." 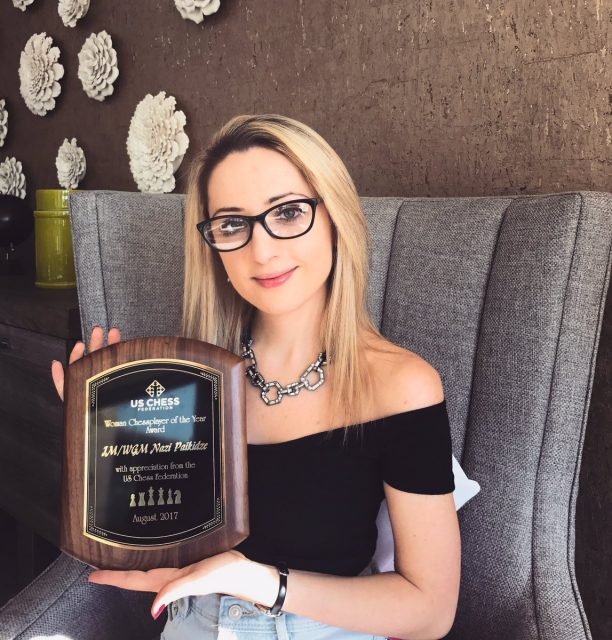 Nazi Paikidze with her 2017 Women Chessplayer of the Year plaque
Continuing the theme of strong females in chess, Maggie's dream chess photography subject is 2016 US Women's Champ Nazi Paikidze: "She is very accomplished, has a beautiful face and figure and she also likes cats like me." 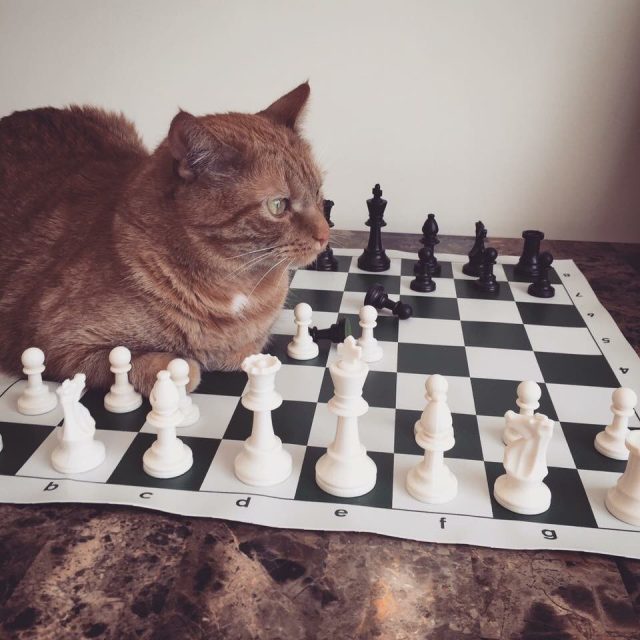 Happy International Chess Day! pic.twitter.com/KU2ZQwyF22
— Nazi Paikidze-Barnes (@NaziPaiki) July 20, 2017
For an aspiring portrait photographer, or anyone looking to improve their instagram feed, Maggie advises, "A good portrait showcases the person's personality, whether it being the expression, the pose, the background, or the props. If a person has a warm, bubbly personality, then a portrait of that person laughing with balloons, or smiling on a beach with the wind blowing that person's hair. I think a good portrait contains only what is needed in the frame, anything else that is unnecessary cannot be in the frame. That way, the focus is on the person." Maggie also sees parallels between chess and photography: "You need a good eye (in both), and only practice comes from that. The more you spend time to look at something, the more you can see hidden aspects."
See a few of Maggie's favorite portraits below and find Maggie on instagram at https://www.instagram.com/margie.luo/. 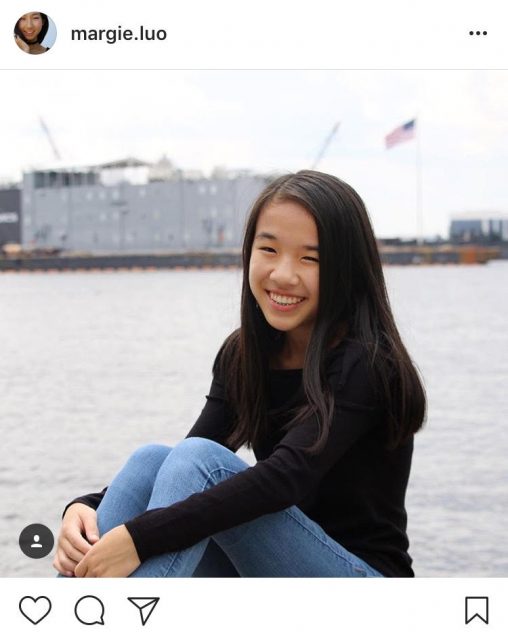 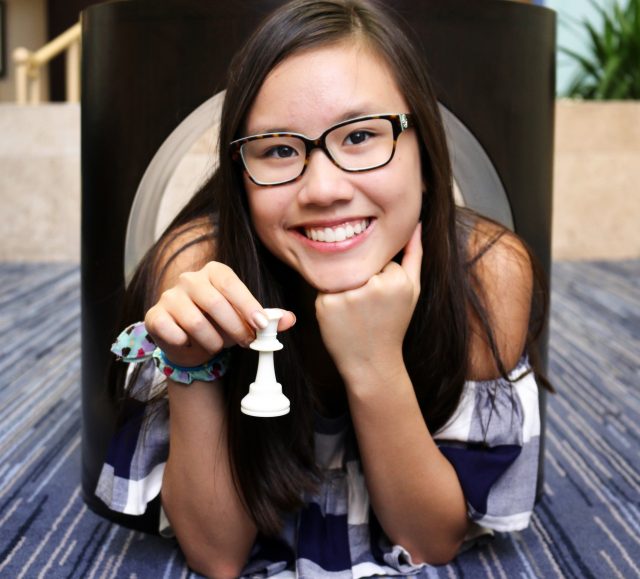 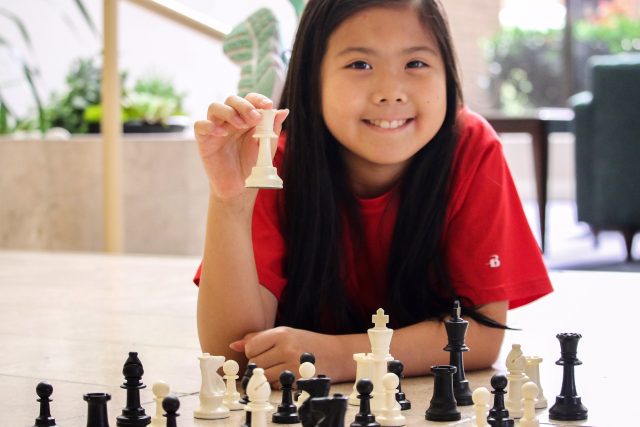