What is the single best thing you can do to improve your chess in this new year?

(Besides increasing your solving, of course…)

Answer: Make use of chess technology in your improvement plan.

It never fails to amaze me when I talk to someone trying to improve and learn that they aren’t using chess software and engines to do so. Not everyone is a computer savant, of course, and there are obvious economic barriers for some folks. That said, I am of the opinion that judicious use of modern chess tech can bring great benefits to most players, and in this article, I’ll try to provide some ideas as to where to begin. Having used some of the software described here since the days of DOS, and knowing the limits of my expertise, I have tried to maintain a sense of ‘beginner’s mind’ in my writing. I assume only general computer competence on the part of the reader, and my guiding question has been: “what five things would I want to know if I were just dipping my toes into chess technology?”

1. Get the right hardware.

To begin: you need a computer. Apps for phones or tablets are nice, and can be very useful in a pinch – if you want to quickly analyze a position, for instance – but they’re not robust enough for serious work. More to the point, you should have a computer that runs the Windows operating system, and you should seriously consider getting ChessBase. I can hear the Mac fans and Linux geeks groaning as I write this, and in some ways, I’m with you. If there were comparable software packages available for either OS, I’d be thrilled to recommend them, and I will mention a few cross-platform options as we proceed. Still, there’s no getting around the fact that the best software is Windows based, and much of what follows assumes that you’re using a recent version of Windows. So what should you be looking for in a chess computer? What I’m about to say is fairly heterodox, but I believe that even lower-end laptops and desktops would suit the majority of players quite well. A chess computer has no need for a fancy (and expensive) graphics card - chess is represented in two dimensions on the screen. Most modern processors (CPUs) are adequate to basic analytical needs, although Intel processors are better than AMD, and Core i3, i5, and i7 processors are preferable, and in that order. Faster processors (i5 or i7) will speed analytical tasks, but you can always compensate for a ‘slower’ CPU by letting an engine run for a longer period of time. More critical, in my opinion, are a computer’s memory (RAM) and hard drive. Engines require a lot of memory for optimal functioning, as they can store the results of their analysis in a “hash table,” removing the need to reanalyze positions already seen. Most low-end computers now come with 4 GB of memory, but for best results, I’d recommend a minimum of 8 GB, which would give the operating system 4 GB to work with and allowing 4 GB for hash tables. Updating the RAM on an existing machine is an excellent and inexpensive way to dramatically boost performance. The hard drive can also be a place for a potential upgrade, particularly if you want to study endgames. Most chess engines can make use of tablebases (TBs), or databases of endgame positions with up to six pieces on the board, in their analysis. Some of these files, particularly the six piece TBs, are huge – the largest one on my computer clocks in at well over a gigabyte! – and engine speed can drop while accessing them. With new ‘solid state’ hard drives (SSDs), however, access times are much faster, and engines can use the TBs without a performance drop.

2. Get the right software.

You also need software. More precisely, you need three software ‘components:’ a graphical user interface (GUI), a database of master and Grandmaster games, and an analytical engine. The GUI allows you to access and search the database , and the engine plugs into the GUI to provide analysis. Clearly, then, the choice of a GUI is an important one, and the vast majority of top players around the world have settled on one software provider above all others: ChessBase. 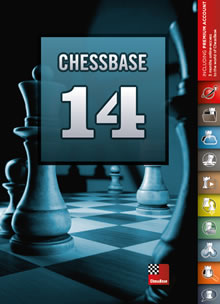 ChessBase offers two types of GUIs – a database manager (ChessBase 14) and an engine and playing interface (Fritz 15; note that Houdini 5 and Komodo 10 share the same GUI). The two have historically been distinguished by their function. ChessBase has primarily been used for database creation / maintenance / analytical work, and Fritz has been oriented more towards playing against engines and automatic game analysis. The most recent versions of both programs are, curiously, beginning to incorporate some of each other’s features. ChessBase 14 has a new ‘tactical analysis’ feature that automatically analyzes games, and Fritz 15 has added some important database functions. That said, the two programs are not the same, and in choosing which one (or ones) you’ll want, you’ll need to have some idea as to what you’re trying to do with the software. If you have to choose between ChessBase and Fritz, I’d recommend ChessBase, and for two reasons. First, very few players play games against their computer, at least at full-strength. (I fully believe that there are training situations where it is valuable to play against a weak or weakened engine, but that’s beyond the scope of this article.) Second, the difference between ChessBase and its competitors is much, much bigger than the difference between Fritz and other playing programs. So what can you do with ChessBase? What can’t you do with ChessBase? I can’t begin to offer a full feature list, but here are the basics. With ChessBase 14, you can:

While there are other database management programs available – ChessX and SCID vs. PC are open-source alternatives, and the Hiarcs and Shredder engines come with GUIs that include some database tools – none matches the ChessBase feature set. [Non-Microsoft users should note that ChessX, SCID vs PC, and Shredder are all available for both Mac and Linux, and Hiarcs is available for Mac.] ChessX, for example, is a perfectly functional GUI for many basic tasks. You can read and write .pgn (specialized text) database files, analyze with (and play against) engines, and even compete against other humans online at the Free Internet Chess Server. Because it is limited to .pgn databases, however, database functions are slow and limited, and specialized searches are not possible. While Fritz can do much of what ChessBase, but its database management functions are clunky and limited in comparison, and there are free and open-source GUIs that compete with Fritz’s playing abilities. You can use ChessX to set up positions and play them against the computer, but I particularly like the Tarrasch Chess GUI for this purpose. Both ChessX and Tarrasch Chess write to .pgn files readable by ChessBase and Fritz.

Computer scientists and statisticians know that outputs are only as good as the inputs used to create them. If your data sets are poor, your results will be poor – ‘garbage in, garbage out,’ as the saying goes. This is also true in the chess world, where having a good database at your disposal can be the difference between fruitful preparation and total frustration. 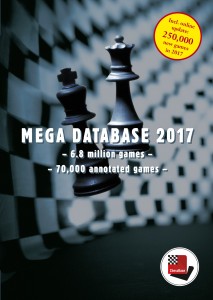 ChessBase offers two main databases for purchase, as part of various ChessBase 14 bundles and also as stand-alone products. Big Database 2017 comes with 6.8 million unannotated games in the native ChessBase format, while Mega Database 2017 includes the same 6.8 million games but with 70,000 of them being annotated.  Both come with a year’s worth of weekly updates. The three main Fritz GUIs include databases with 1.5 to 2 million games, all unannotated and without an update feature. If you are looking for another source of data, or if you are working with a non-ChessBase GUI, I would highly recommend that you investigate Mark Crowther’s website The Week in Chess (TWIC). Crowther is one of the unsung heroes of contemporary chess, having put out free weekly news games collections in ChessBase and pgn formats every Monday since 1994. Almost every strong player worth their salt studies Crowther’s work each week, and some go much further – Kramnik, for instance, is said to play through nearly every game. Visitors to TWIC can download back issues beginning with #920; when joined together, those 238 issues (through #1157) can be merged into a free database of about 650,000 games. This is the start of a good reference database, but for a £30 donation, Crowther will send you his complete TWIC database with about 1.96 million games included. You’ll surely also boost your karmic standing by supporting Crowther’s continued efforts. Having an up-to-date reference database like Big/Mega or TWIC is an essential tool for the improving player. With a bit of effort, however, you can scout out your own sources of data, dramatically improving the pertinence of your research materials and giving you an advantage over lazier opponents. Large databases like Mega Database or TWIC will usually contain games from international events and big money tournaments, but they often lack relevant games from club players. Finding and saving the games of local opponents can be a huge time-saver when preparing for games, so it can be useful to look at websites for clubs and state associations to see if they offer databases (most often .pgns) of past events. Case in point: I’m playing in a tournament in San Diego soon and I found five thousand games for free download on the Southern California Chess Federation homepage, most of which were not in TWIC. A database of correspondence games can be tremendously useful for opening research, but neither Big/Mega or TWIC contain them. While ChessBase does sells a specialized correspondence database, you can also go to correspondence federation websites and download archived games directly. The International Correspondence Chess Federation (ICCF), the largest and most important correspondence group, offers over 570 thousand games for free download to registered users of their site. John Hartmann is a columnist for Chess Life Magazine and the Chess Journalists of America winner for the "Best Review" category. Tomorrow, look for Part 2 of Hartmann's tips, including his thoughts on the power and limits of computer analysis.