The Final four of college chess head to New York City this weekend, where four teams will fight for the President's Cup at the historic Marshall Chess Club. The event kicks off on Friday, March 24 with an opening ceremony at the headquarters of Two Sigma, one of the event sponsors. Managing director of the US Chess Trust, Al Lawrence will be reporting for US Chess as Webster University, Texas Tech, Saint Louis University and the University of Texas at Dallas compete for the increasingly competitive title. Follow the games live on the official website http://uschessfinalfour.org/with live GM commentary. Check out rosters below, and Al Lawrence's article on the Pan-Ams, which qualified the four finalists. 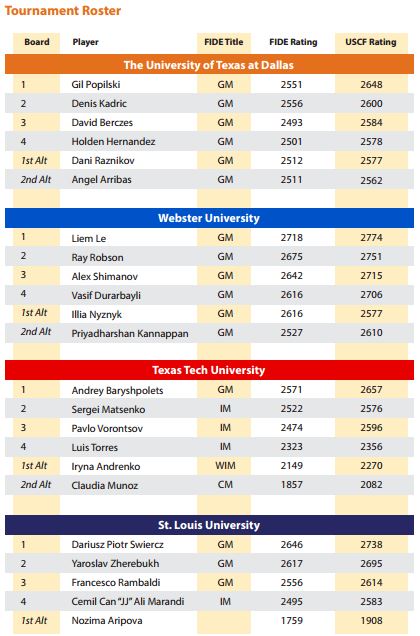