Drew Shattuck Is Not Your Typical Tournament Director

Who do you picture when you think of a Tournament Director (TD)? For many of us, it's a Santa Claus-esque figure distributing nuggets of wisdom while shuffling his hand-written pairing cards. And it’s great we can learn from Mr. Claus's wisdom. But National Tournament Director Tim Just advocates in his Top 25 TD Tips that we should try to get some new blood into the game. How much could younger TDs help attract new players, increase prize funds, and invest in the future of chess?

Enter Drew Shattuck. As a 21-year-old student at the University of Missouri, the charismatic lad is far younger than most organizers. Yet that may be the very reason he has found early success in his hometown of Oak Park, Illinois as well as his college town of Columbia, Mo. He’s rated 1898, which puts him in the 94th percentile of active players in Missouri. This alone is impressive considering that St. Louis is quickly surpassing New York as the country's chess capital. 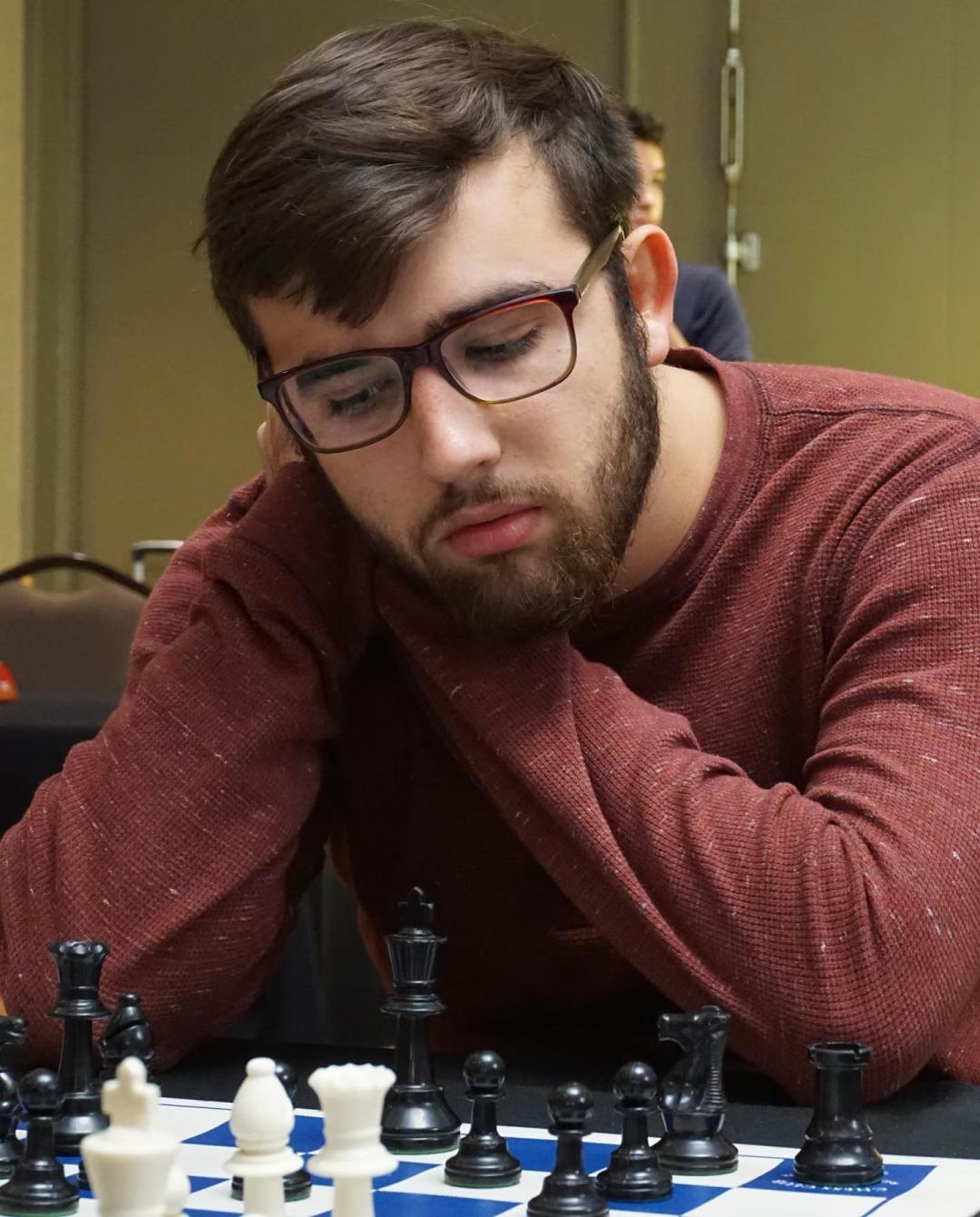 Why would Shattuck bother becoming a TD? He had been looking for tournaments in Columbia, but the nearest ones were predominately in St. Louis or Kansas City, both of which are two hours away. Other members of his chess club expressed interest in rated events too. As he put it, “When a need isn’t being met for a community, someone needs to step up and give the people what they want.” But he wasn’t planning to start directing any time soon until his friend Cole Blakeman, invited him to help out with a Blakeman Chess tournament in Dallas, Texas. “It made me realize that tournament directing was not as difficult as I was making it out to be,” he told me.

Shortly after, he ran a tournament in Oak Park, Illinois, with his former high school chess coach Phil Linninger. “I personally was someone who did not have large amounts of money to pay entry fees in high school,” Shattuck said, “so I wanted to accommodate that crowd.” And so they did, together founding Shattuck Chess, a new club that hosts rated tournaments with no entry fee. Most entrants are rated under 1400, and the small gatherings make for a great introduction to get your feet wet in tournament life.

Working on weekdays this summer, Shattuck was a Site Supervisor for teenage camps at the Park District of Oak Park, a fantastic position where he promoted chess to kids while building relationships with district officials. This was just the kind of job that could lead to a growth in chess programming. On weekends, he would host tournaments with no registration fee by accepting optional donations instead, and parents were more than happy to chip in.

After some startup costs like buying tournament pairing software for about $100, which was paid for after two-to-three tournaments, there has been nearly no financial cost to running his tournaments. The local library generously allowed a free space rental, and the cost of rating games is only 12.5 cents per player for each round. It does take time. TDs handle advertising, answering emails, updating files for the pairing software, and so much more. But it’s all for the love of the game. The Oak Park River Forest (OPRF) summer chess series ended in August with their sixth OTB tournament, while the fall series runs into early October.

I will confess I’m rated 778 having only played in one tournament myself, but even amateurs like me can host a small event. Shattuck recommends a quad format Round Robin, as described on page 100 in the seventh edition of the US Chess Federation’s Official Rules of Chess, which has more explanation of color distribution for pairing sheets in Chapter 12 (Chapter 12 is only available in the print version so make sure to buy the book).

Say you have eight players in the open section and no other sections. Divide them into two groups of four players each, such that the first section is the four highest-rated players and the second is the four lowest. Each player plays every other person in their group, so each player is guaranteed three rounds against similarly rated players. US Chess doesn’t usually do tiebreaks, but you can have the two top finishing players play a rated blitz game to determine the winner. The blitz game would be included in the game submissions under a different group.

You may ask, “What if my nightmares come true and the number of players isn’t divisible by four?” It’s fairly simple, even if you’re the only house player who could step into the tournament. For a group of three, replace the missing player with yourself. For a group of two, establish one group to be a six-person Swiss. Read the Official Rules of Chess guidelines and plan so you can even do the pairing by hand if needed. For a “group” of one, include yourself in the entry list and run a six-person Swiss.

When asked about his challenges, Shattuck highlighted the learning curve for logistics. “It takes several dedicated hours to understand how to effectively submit a tournament for rating, resolve any issues, and feel like you didn’t get taken for a ride by your pairing software. However, once you get one or two tournaments under your belt, you can do everything with your eyes closed.” 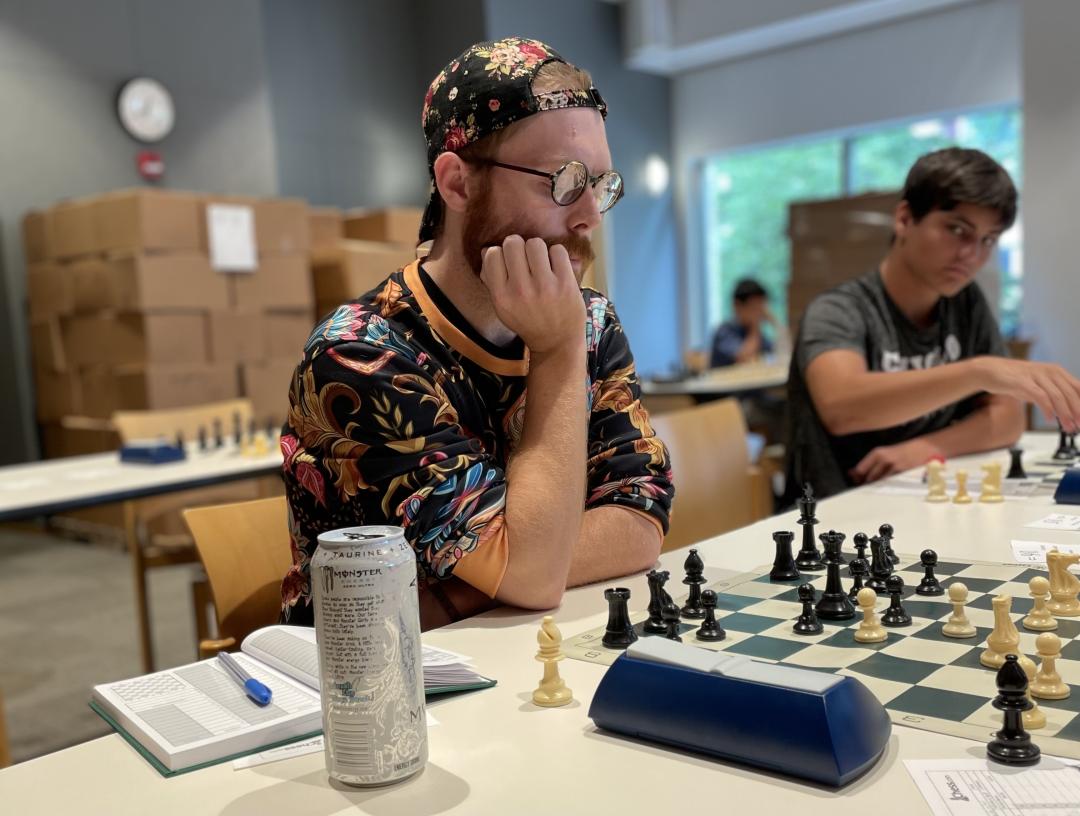 The job is a lot of work. Luckily, it gives you a warm, fuzzy feeling and you’re not alone. US Chess supports you along the way with the following resources:

Consider recruiting volunteers as well. It’s not always necessary for tournaments with 20 or fewer players, but beyond that it’s helpful to have one or two volunteers to do setup and teardown, run crowd control, grab results sheets from the wall, post pairings, answer questions, and handle other little things throughout the tournament. Shattuck believes the most crucial time to have uninterrupted focus on tournament day is the 15 minutes before the first round in order to start right on time (emphasis mine). During this time, he assigns a bye to players who had registered but not signed in, pairs the round, and posts the pairings. “Those 15 minutes will work wonders for building a good reputation with players and parents. Once the first round starts, you can take a deep breath, as the rest of the tournament day is smooth sailing.”

If you’re interested in hosting rated tournaments to promote chess in your community, visit the US Chess website to learn about becoming a Tournament Director today. You can apply to be a Club TD by simply emailing the one-page application form to US Chess. The only requirements to apply are to be a current US Chess member and to read the most recent edition of the Official Rules of Chess, as well as the other regulations linked in the "Rules" section.

After applying, continue exploring the other resources available. You won’t be tested on your knowledge of the rules before your first tournament, but your certification expires in three years, at which point you take the Club TD exam to recertify. You can also upgrade to being a Local TD after three tournaments; a Club TD’s tournaments are restricted to 60 entrants whereas a Local TD can go up to 120.

One last piece of advice? Never register for a tournament you TD for. That’s coming from a 1900 who drew an 800 this summer after being dead lost by move 12.