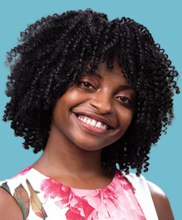 US Chess is pleased to announce that Danielle Little has been hired as our Program Coordinator supporting the Women’s and At-Risk Youth Programs. She is working part-time and can be reached at danielle.little@uschess.org.

Danielle has been playing chess for over 13 years. She founded the chess team at her high school where she was connected with a Tournament Director and began to compete in local tournaments. She won a variety of tournaments and was ranked the 41st young woman in the nation by the United States Chess Federation in her senior year.

She started working for Chess Wizards during college as a chess instructor in 2018 and was flown across the country to run chess summer camps. Eventually, she was promoted to assistant manager and oversaw their operations in DC, Maryland, and Virginia. She went on to open up her own Young Royalty Chess Academy in New York.

She won a number of pitch competitions including 1st at Get Seeded Business Competition, 1st Bulls Launch Pitch Competition in the general business category, and awarded 2nd in Empower Pitch Competition. She used that funding to propel her business forward and help the community by sponsoring the Buffalo Showcase. She was the recipient of the 2020 Black Business of the Year Award for her work in the community during the pandemic.

Danielle has been featured on Channel 2, Channel 4, Buffalo Business 1st Law Journal, and M&T Bank’s LinkedIn. She went on to win the National Chess Day Justus Award and take 1st place at the Theophilus Chess Open. Recently, she graduated from M&T Bank’s Multicultural Business Accelerator Lab and is very excited to start working for US Chess.

Welcome to the real world!  …