Claudia Muñoz on the Southwest Collegiate: Hard Work Pays Off

Every year in the month of February, the Southwest Collegiate Championship, a one-day rapid tournament showcases the region’s universities and chess programs. The tournament rotates annually, and this year it was hosted at the University of Texas at Dallas. With its beautiful glass windows and comfortable couches, the Davidson Gundy Alumni Center set a relaxing environment for the event. 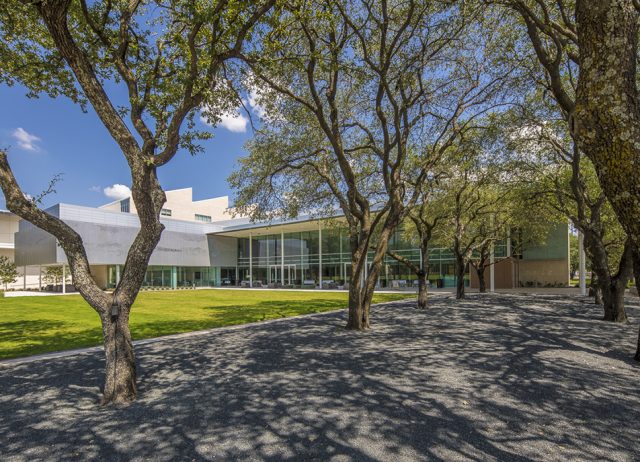 A total of twenty-four teams participated, up from the previous year. Although the event is open to all southwestern universities, all participating teams hailed from Texas this year. We look forward to the participation of more universities in the region including more all women’s teams. The Texas Tech B team, also known as the women’s team, had its best tournament yet, scoring a total of 3 match points and finishing in 9th place. The Texas State University Chess Club also brought a women's team under faculty advisor Dr. Suzana Villanueva, former Texas Tech student and chess player. This is an improvement for women’s chess, as we are seeing more women participate in collegiate events. The president of the TSU Chess Club, Johnny Rochell, stated, "The women's team competed great and showed the improvement we have been working on in and outside of the club. I see [everyone] pushing forward and doing better the next tournament." 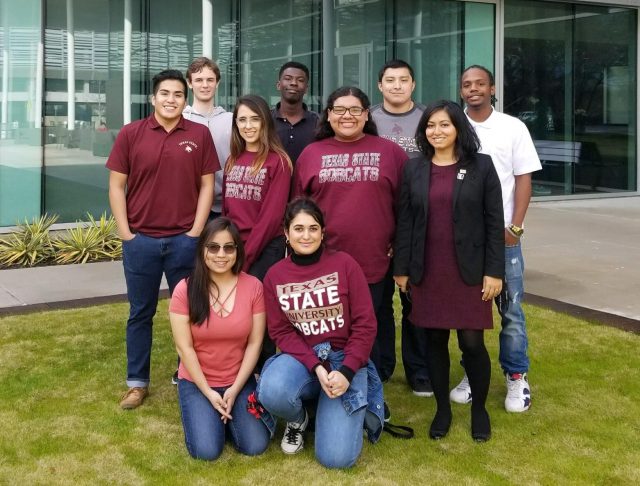 Texas State University Chess Club
As the tournament went along, there were a few major upsets including a 1400 rated player defeating a Grand Master after remarkably missing a checkmate in two. I was even blessed to score a draw against an International Master. Overall, the tournament was successfully run.  FIDE Arbiter Francisco Guadalupe and FIDE Arbiter Luis Salinas were well-organized. In the end, the University of Rio Grande Valley and Texas Tech University tied for first place with a total of 4.5 match points. To avoid shared first place, tournament rules dictate that the teams tied select one player from each team to play a two-minute Armageddon game. UTRGV selected IM Guillermo Vasquez, and Texas Tech selected GM-Elect Sergei Matsenko. The odds fell in our favor as GM-elect Matsenko played black, only needing a draw to secure first place. Emotions surged as the two battled for gold. Coach of the Texas Tech team, (and new US HOF inductee) Alexander Onischuk, stated, “I wasn't watching the game. It was too stressful! I had a good feeling about it, but with this time control, anything can happen.” Ultimately, GM-Elect Matsenko drew the match, earning Texas Tech the championship title. Here is the video of this historic moment: https://www.facebook.com/wgmcarlaheredia/videos/954989441335384/ 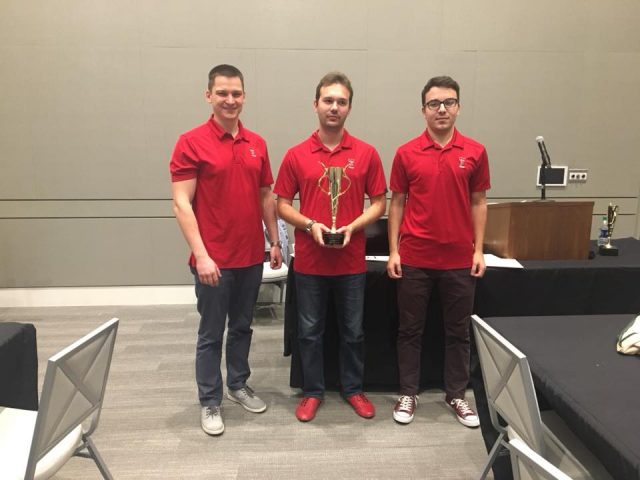 Andrii Baryshpolets, Sergey Matsenko, Pavlo Vorontsov
Being a part of the Texas Tech Chess family has been a blessing. I have the privilege of seeing my teammates on and off the chessboard, and I am proud to say that they are very hardworking and passionate about chess. They spend countless hours studying, practicing, and discussing chess apart from their normal day-to-day schoolwork and activities. Hard work is paying off! Here is an annotated game by GM Andrii Baryshpolets:
SHARE: