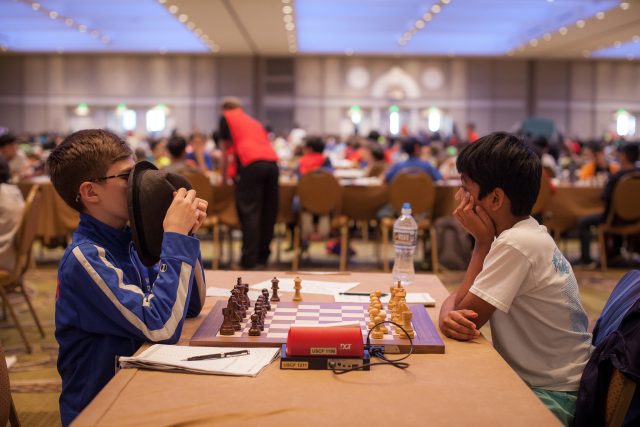 Nico Chasin gets into the zone for his final round game against Samarth Rao Bellayaru, Photo Eric Rosen
Three players went into the final round of the K-5 Championship with 5.5/6. The pressure was on for the trio, who needed to win to control the fate of the National title. Samarth Rao Bellayaru (GA) took on defending K-5 National Champion Nico Chasin (NY) on board 1, while Jack Levine (NY), who also had 5.5, faced off vs the 2nd seed Dimitar Mardov (IL). Mardov, only in fourth grade, won a K-3 National Championship title in 2017. 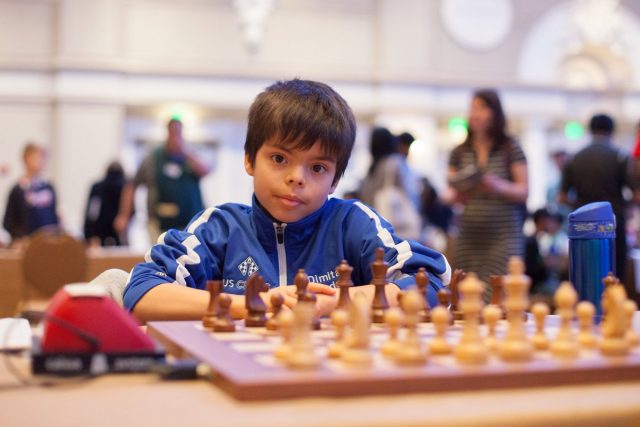 Dimitar Mardov, Photo Eric Rosen
Chasin and Levine will be moving on to new middle schools next year, so this was their last chance to represent their Elementary school, PS 41. Chasin told US Chess that leading PS 41 was the most memorable aspect of the event for him. "We have won the first place team trophy many times and it’s sad that this will be the last time for me. " 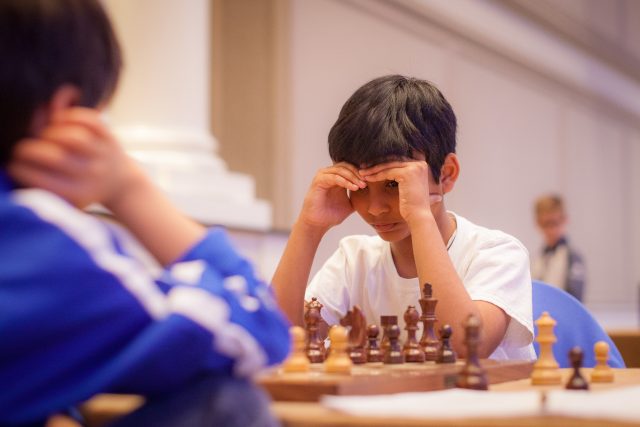 Bellayaru with his game face on, Photo IM Eric Rosen
For Bellayaru, this was a chance to take down the title after a blazing 5-0 start and a sixth round draw against Mardov. 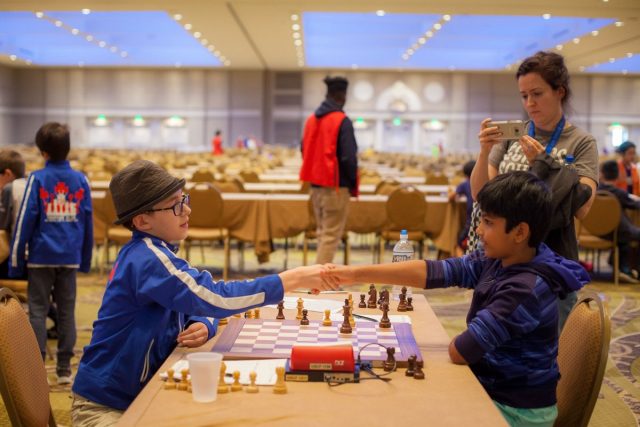 After a well played Sicilian, Chasin takes the full point. Photo IM Eric Rosen
Meanwhile on board two, the game between Levine, also of PS 41 and Mardov was a wild contest. 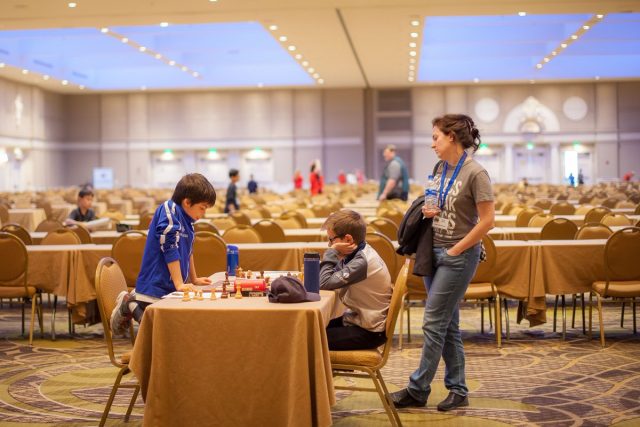 Mardov vs. Levine with GM Krush studying the complex position, Photo IM Eric Rosen
Since Mardov was half a point behind, this victory gave Nico Chasin the title clear, while Mardov tied for 2nd place. 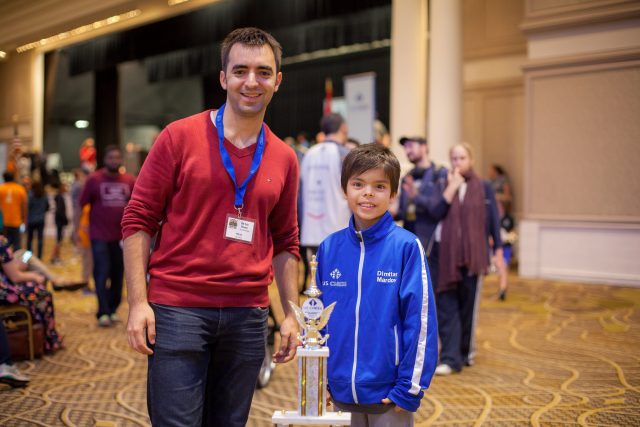 Our twitter hero of the weekend, IM Eric Rosen with Dimitar Mardov
Levine lost the game but still earned a National Championship title as a key member of PS 41 along with Nico. 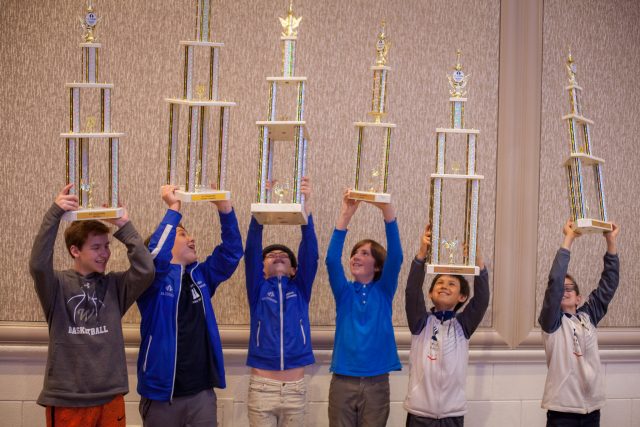 Throw your trophies in the air! L to R: Drew Justice, Nathaniel Shuman, Nico Chasin, Gus Huston, Adi Murgescu, and Jack Levine, Photo IM Eric Rosen
After capturing the title, Chasin showed characteristic good sportsmanship and told US Chess, "I also want to congratulate my friend Nate Shuman for winning Nationals on his birthday and on Mother's Day! Also thanks to my parents and my coach for supporting and believing me. 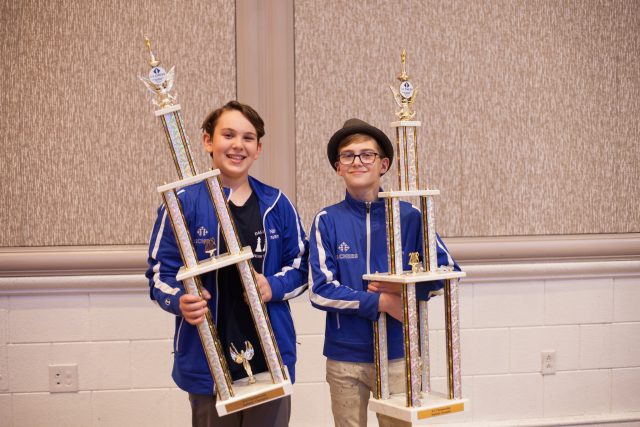 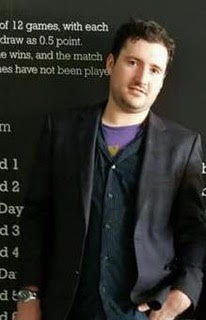 After being introduced to the game of chess at a young age, Danny spent most of his childhood at chess tournaments, as his parents GM Michael Rohde and IA Sophia Rohde were both involved in chess. He is a US Chess expert, Graduate of the University of Michigan and the Event Manager of the Greater NY Scholastic Chess Championship aka "The Cities." He is on the US Chess Scholastic Committee and a US Chess Delegate of New York, focusing on making the game of chess better for all who are a part of it.
He otherwise spends his time teaching chess, running events and playing poker part-time professionally. Follow him on twitter at @danrohde
SHARE: