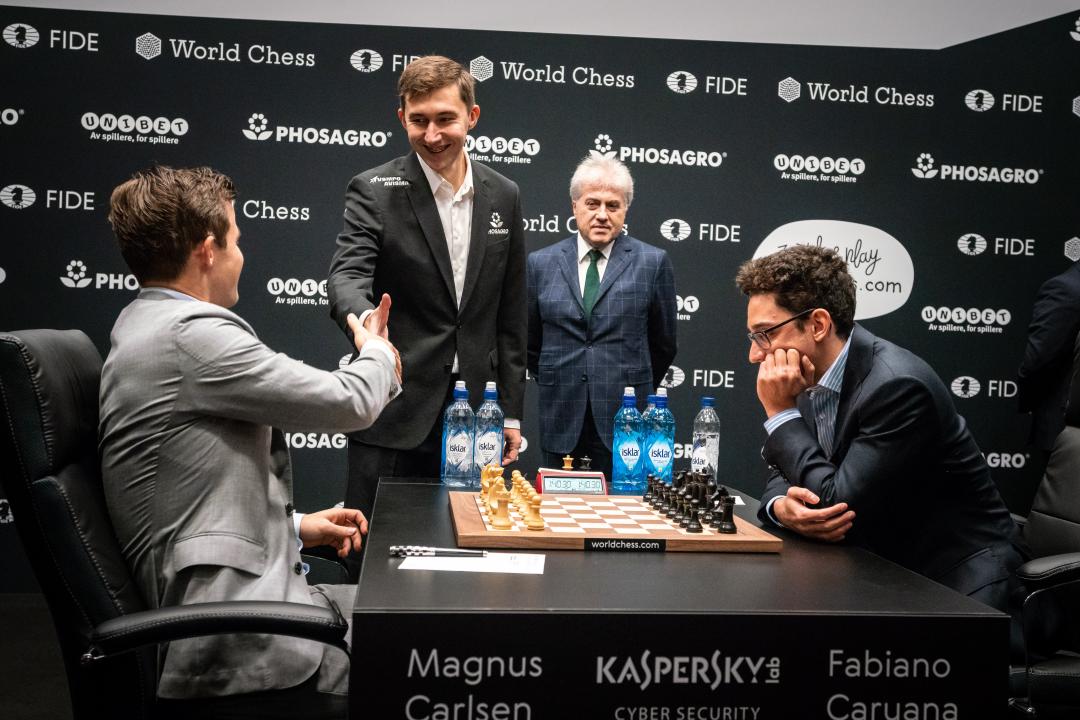 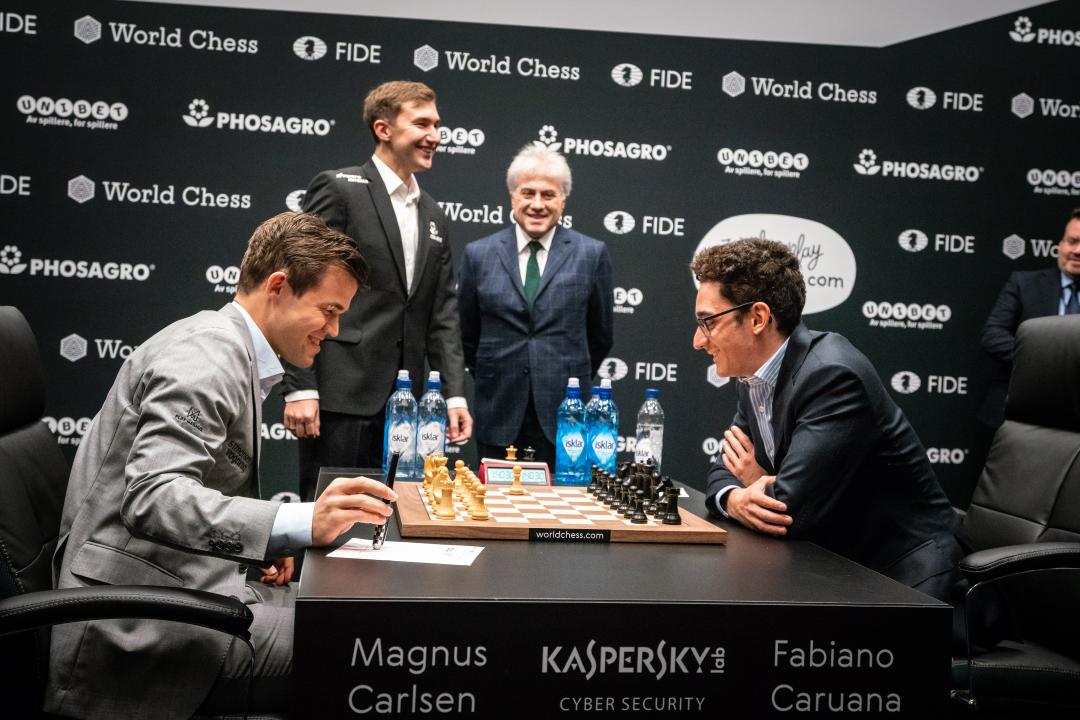 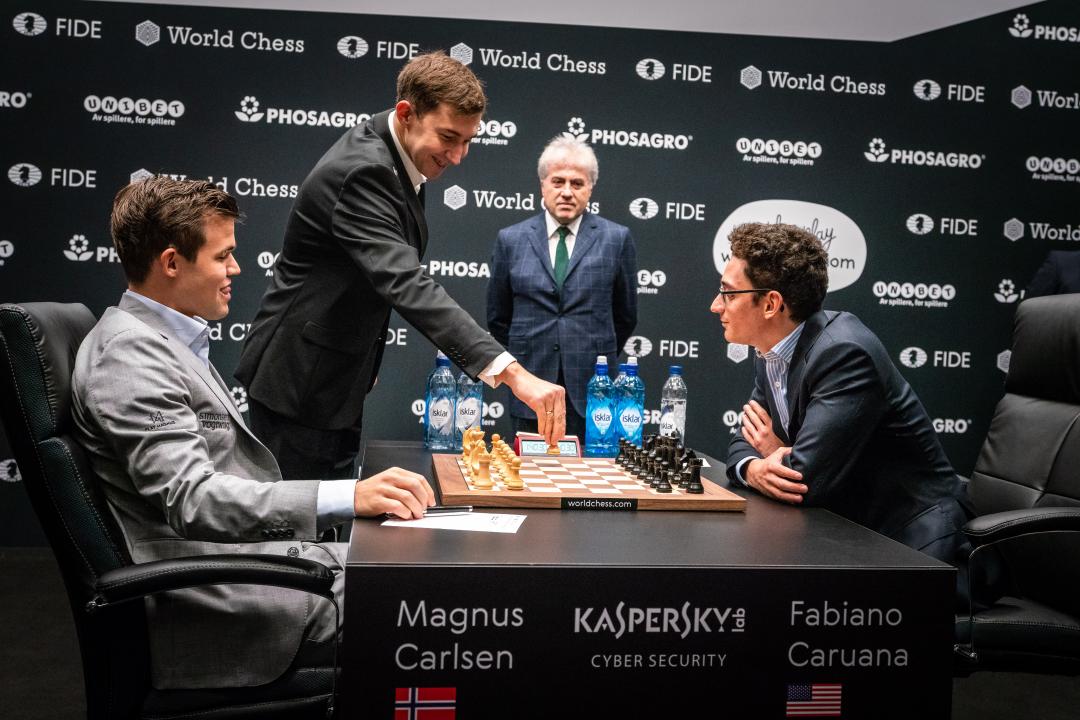 The Carlsen-Caruana World Championship match is tied with one round left at 5.5-5.5. Today's game started out with some levity as 2016 challenger, Sergey Karjakin, started the game with 1.b4, cutting the tension for a brief moment. Magnus Carlsen instead played 1.e4 in his last White of the classical portion of the match, but a well prepared Caruana easily neutralized his small opening edge with the Petroff for the eleventh draw in eleven games.  IM Kostya Kavutskiy breaks down the action:

After a rest day on Sunday, November 25th, the top two players in the World will meet in one more classical chess game, on Monday November 26th. Caruana will play with the white pieces. If the match is still tied, they come back on Wednesday, November 28th for a four-game rapid tiebreak match, followed by five pairs of blitz games, and finally Armageddon if needed. 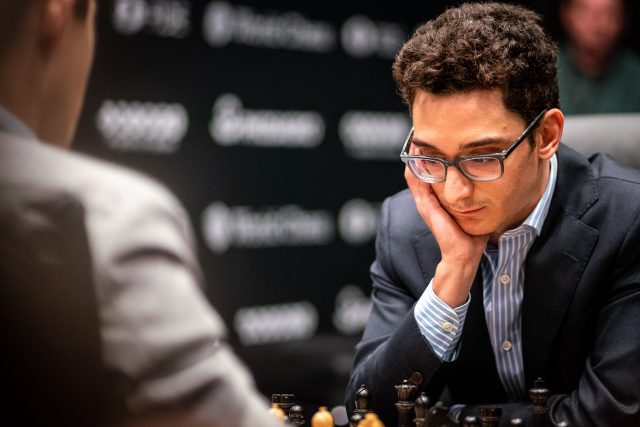 Interact with Eric Rosen, who is taking over our twitter@USChess using the hashtag #CarlsenCaruana.  Worldchess.com is the tournament website.   IM Kostya Kavutskiy is a professional chess player, coach, and writer. Check out his twitter and Patreon page for instructive chess analysis and advice for improvement.