Chess.com announced World Champion Magnus Carlsen's participation in their Grandmaster Blitz Battle Championship. The knockout event will also feature American Grandmasters Nakamura and Caruana as well as Maxime Vachier-Lagrave, Alexander Grischuk, Levon Aronian and Pentala Harikrishna. One online qualifier will join the star-studded cast to fight for $40,000 in prizes. The event is sponsored by  Peopletalk.ru and will kick off this spring. 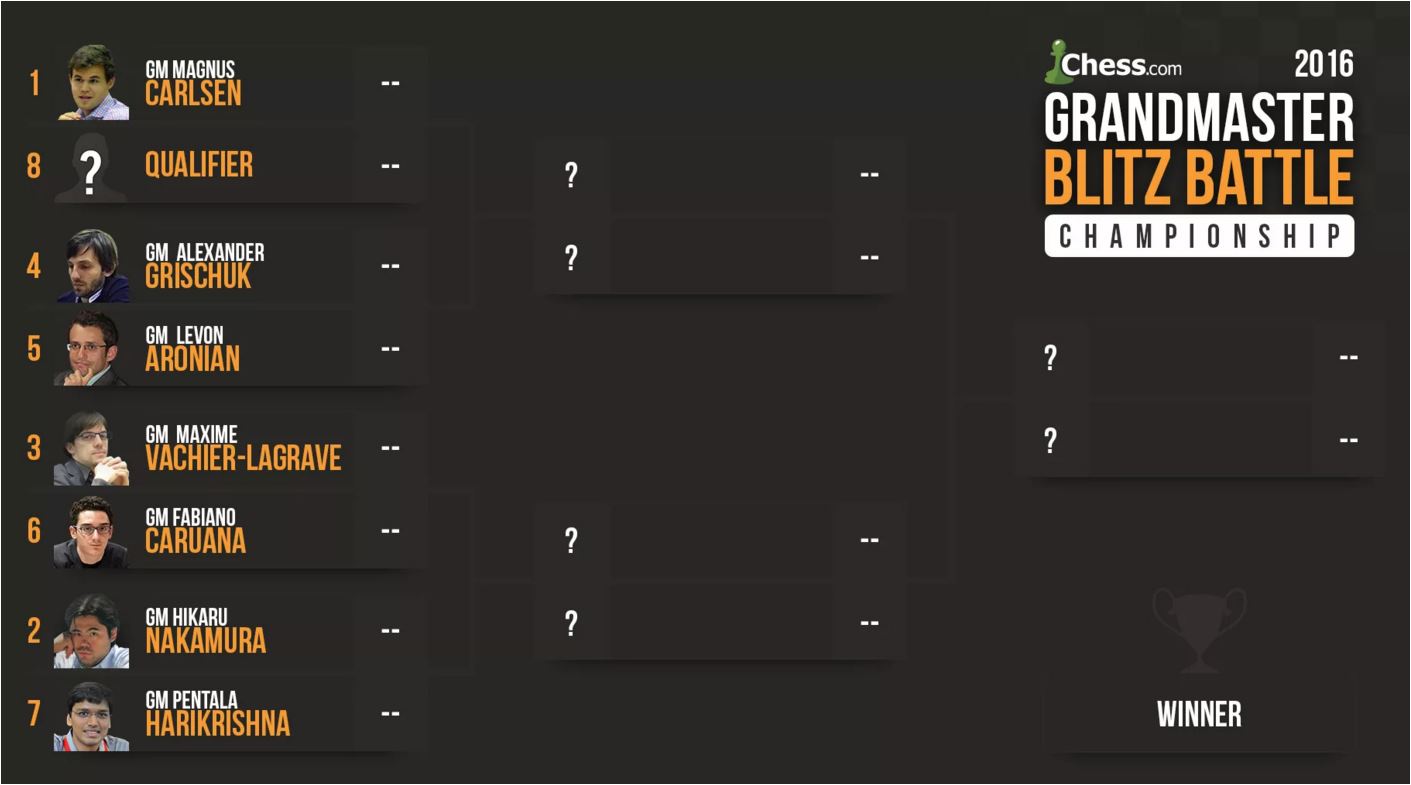