So far, the Candidates Tournament has been full of fight and excitement. Over the course of eleven rounds, there have been eight lead changes. With just three rounds to go, let's take a look at the updated leader board. 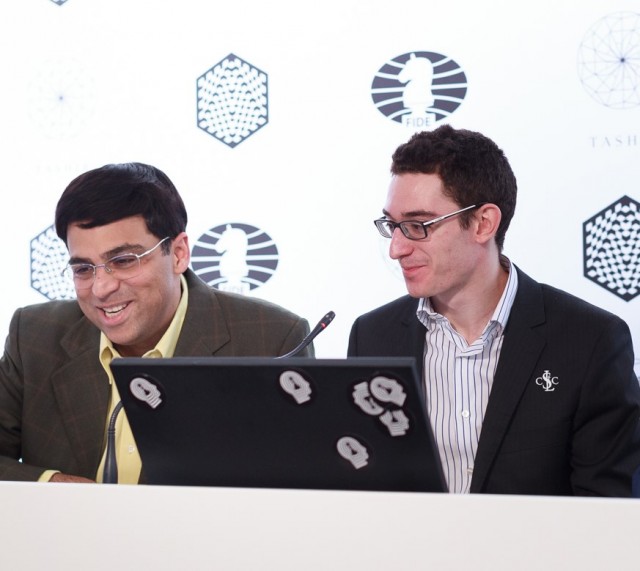 With a victory over co-leader Anand, Caruana has sprung himself into a tie for 1st. Because of this head-to-head win, he now has stronger tiebreaks over Anand.
With two games with White out of the remaining three games, will he be able to maintain his lead to the finish line?

Vishy Anand has been the most inconsistent player of the tournament. He's lost two critical games to his closest competitors: Caruana and Karjakin. Yet, he's managed to win double the games of any other player. While most other players in the tournament have aimed to avoid losses, Anand has thrived on decisive results. Every time he suffers a tough loss, he comes back and proves he's still a force to be reckoned with. Could we be in store for a third Carlsen-Anand match? Here is Anand's most recent victory against Sergey Karjakin. 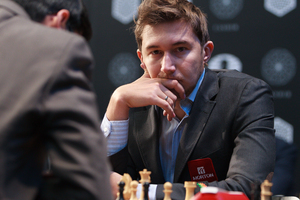 Sergey Karjakin, initially considered an underdog, has beaten the odds so far. Although he just suffered a tough defeat at the hands of Anand, Karjakin was one of the leaders for a majority of the event. Since joining the leaders in the 4th round, Karjakin has played it very safe, accepting many draws. Now, just a half point short of the leaders, will he recover from his loss today and play energetically for the full point? He'll have his chance to battle for a top score in the last round---when he has White against Caruana. 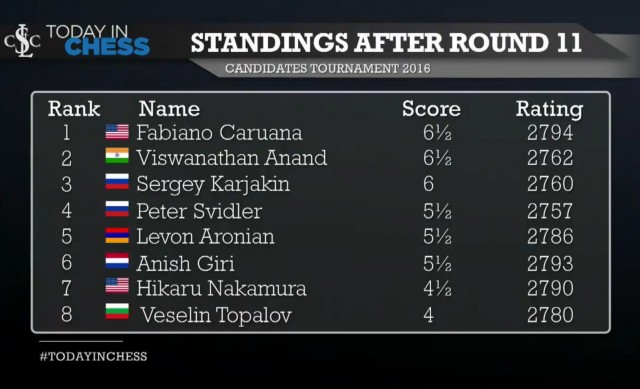 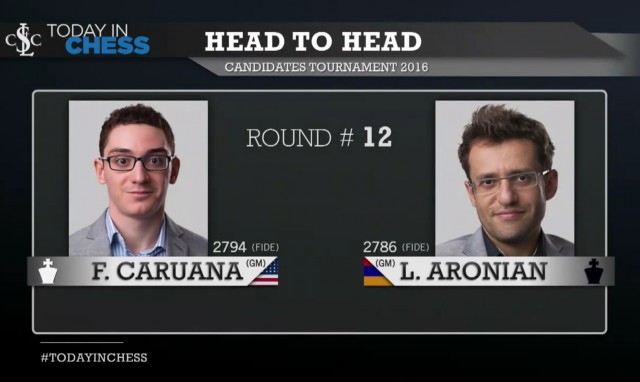 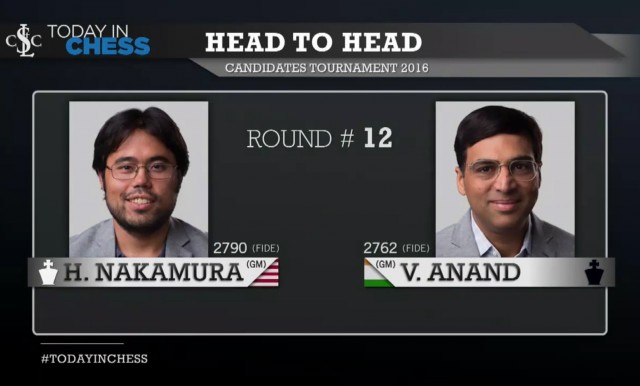 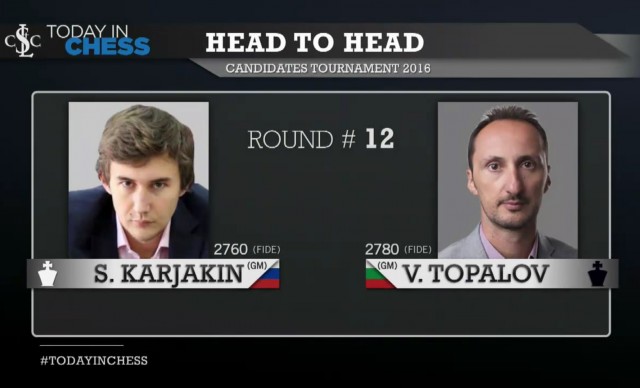 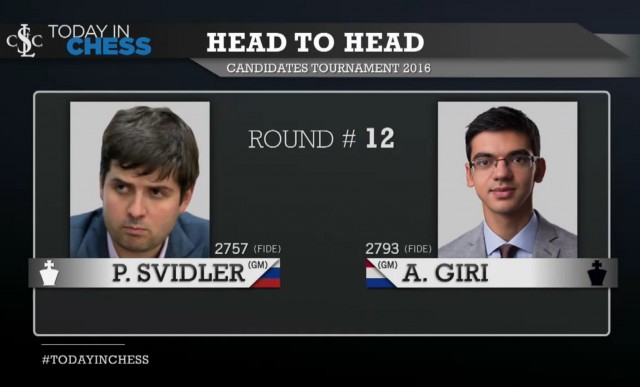