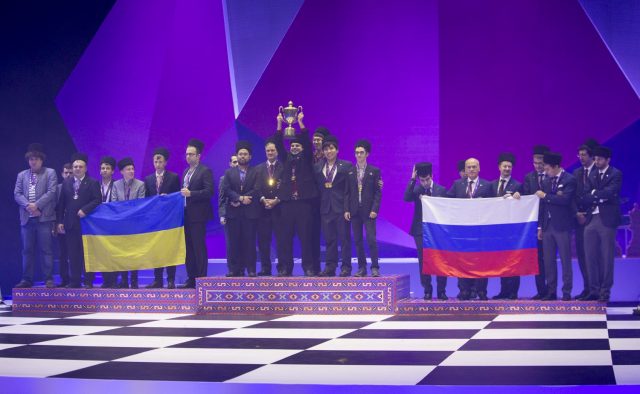 The US Team winning gold on the Olympic podium along with the silver and bronze winners, Ukraine and Russia. Photo: Maria Emelianova, Olympiad Website
For the first time in 40 years, the US has won gold at the Olympiad. How did they do it? Here’s a look at some of the stunning tactics from their games. 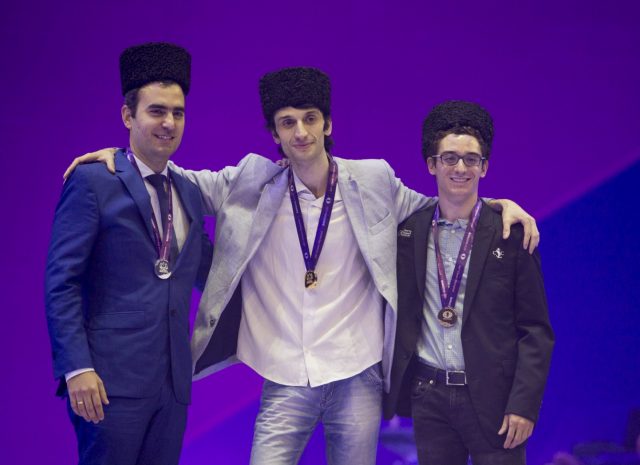 Board 1 bronze medalist, Fabiano Caruana (right), with the gold and silver winners, Baadur Jobava (center) and Perez Leinier Dominguez ( left). Photo: Maria Emelianova, Olympiad Website
US Champion, Fabiano Caruana, led the team as a very dependable Board 1, including a key victory over Pavel Eljanov to seal an American win against Ukraine, their main competitor throughout the event. Going undefeated and consistently maintaining an above 2800 performance rating, Caruana took home the Bronze medal for Board 1. 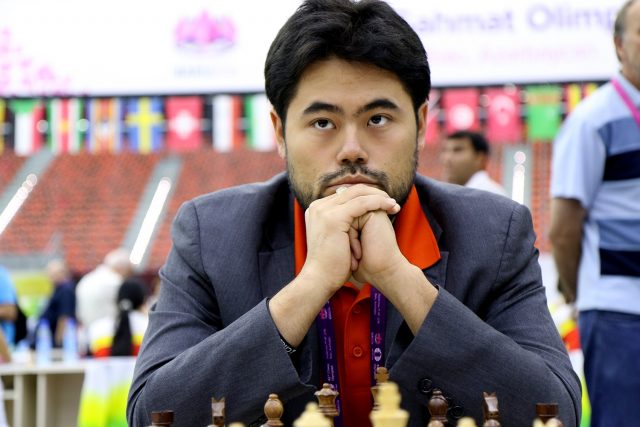 Hikaru Nakamura was the only US Team member who played all 11 rounds of the Olympiad. He finished as the 5th highest Board 2 performance, winning 5 crucial games, many of which sealed team victories. 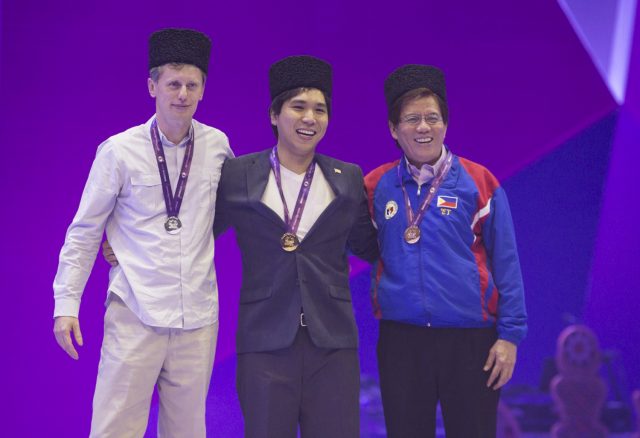 Wesley So achieved an incredible 7 victories at the Olympiad, finishing with an undefeated 8.5 points out of 10. He won the gold medal for Board 3 with a 2896 performance rating.

Wesley So vs. Aleksandr Lesiege 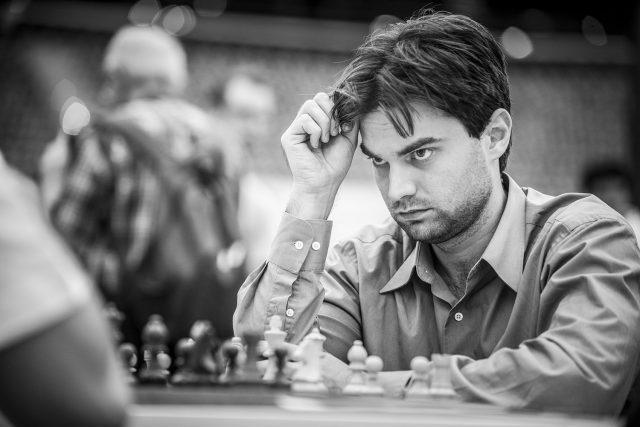 Sam Shankland. Photo: David Llada
Sam Shankland was a very reliable 4th Board, winning key games for the team during rounds 9 and 10 against the tough teams, Norway and Georgia. He also played a role in the US team's convincing 3.5 to 0.5 victory over India.

In this infamous game from the match against India, Shankland fights back from a losing position--with computer evaluations as bleak as -9.5. When interviewed afterwards by Chess.com, Shankland shared his thought process during the game: "I wanted to resign, but I didn't. At some point, I stopped calculating. I just tried to play a move that didn't lose each time." In the position below, Sethuraman just made a mistake, 34...Rab2, how did Shankland fight back? [fen]8/3Rbqk1/4p3/1B1p1p2/2nP1P2/2PKP3/1r4r1/1R1QB3 w - - 0 35[/fen] 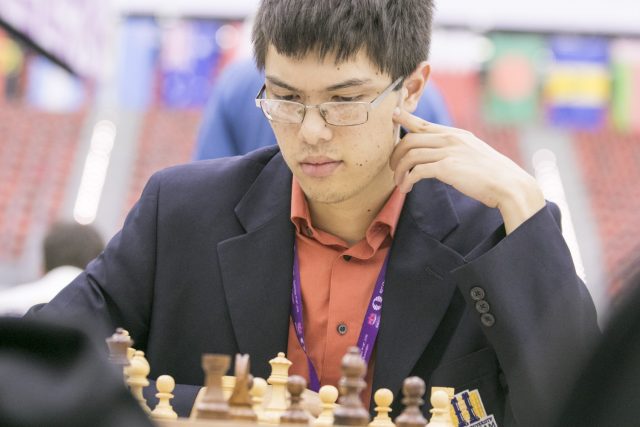 Ray Robson. Photo: Maria Emelianova, Olympiad Website
The youngest player on the team, Ray Robson, finished the event with a respectable 3 points out of 5.

Although the US Women's team ultimately did not finish on the podium, they achieved some impressive results throughout the event, including a victory against the highly ranked Russian team and a draw against the strong Indian team. 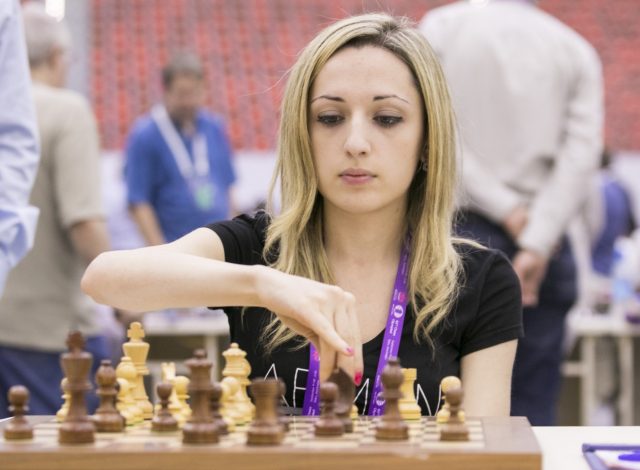