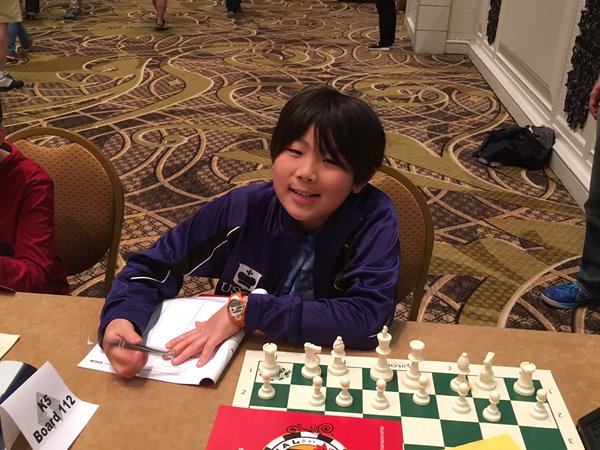 Continental Chess Association is more well known for its mega tournaments with hundreds of players and tens of thousands of dollar prize funds.  However, CCA has also recently been running smaller tournaments in upstate New York.  A previous article focused on the Central New York Open in Syracuse, the first multi day in the area in almost 20 years.  CCA also is increasing weekend swiss activity in the Albany area, having run the inaugural Bill Little Open April 1st to 3rd and planning events on the horizon such as the Schenectady Open in July.  These events have drawn well and featured strong players and fighting chess. The Bill Little Memorial at Siena College featured a $2000 prize fund that was not enough to attract any GMs or IMs, but 70 players participated in three sections including five masters in the top section. The tournament recognizes Bill Little who was a fixture in Albany chess for many decades.  Peter Henner remembers his contributions: Bill was a longtime member of both the Albany and Schenectady clubs, a player whose rating ranged from Class A to expert, and a regular tournament player in the area for more than 40 years.  However, he was really the soul of capital district chess: a cheerleader for all players, with words of encouragement or, as needed, consolation, and always ready to help do whatever was needed to promote the game. In later years, it was his habit to attend both the Albany and Schenectady club during tournament nights, record all of the games, and publish the most interesting, with insightful commentary on the Eastern New York Chess Association website. Chief TD Steve Immitt also has a recollection of Bill.  Back in the day when Steve actually played chess J, Steve showed up late for a tournament.  Bill was very gracious and persuaded all the players to allow repairing of the round so that Steve could play round 1.  Back in the days before computer pairings, this was not so easy!  I will leave it to the reader to figure out whether Steve the director would approve of Steve the player. In this year’s tournament, after 5 rounds there was a three way tie for first between Patrick Chi, David Carter, and 10-year-old master Max Lu.  All scored 4-1.  Carter lost only to Chi.  Chi drew with Lu and Christopher Chabris while Lu drew with Chi and WFM Martha Samadashvili.  Each of the co-champions received $250.  Lu had a nice tactic to dispatch FM Robert Sulman in the last round. 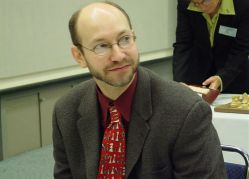 The following month CCA held another one of its regularly scheduled tournaments – this time in a resort setting.  The New York State Open was held May 20-22 at Tiki Resort at Lake George.  While this tournament has been held at Lake George for over a decade, the attendance this year broke a record with over 100 players for the first time.  It boasted a $3000 prize fund and 105 players.  There were fewer masters in this tournament, but there were a few luminaries.  GM Joel Benjamin won the tournament with a score of 5-0.  He took home $400 for his efforts.   In round 4, Joel defeated second seeded Wall Street Journal Chess columnist Christopher Chabris who finished in a tie for third at 4-1.  Benjamin won on time.