The traditional schedule of the U.S. Open is more than halfway complete as we enter day six at Rancho Mirage. This can only mean one thing: it’s time for the late-comers to join the field in the four-day schedule. Play continues today in round six of the traditional, rounds four and five of the six-day, and rounds one-through-four of the four-day. This will be the last full day of separate events before the three schedules merge for the final three rounds tomorrow night.

GM Elshan Moradiabadi is the lone player with a perfect 5/5 in the traditional schedule after defeating upstart John Luger with a dynamic Hippopotamus Defense. 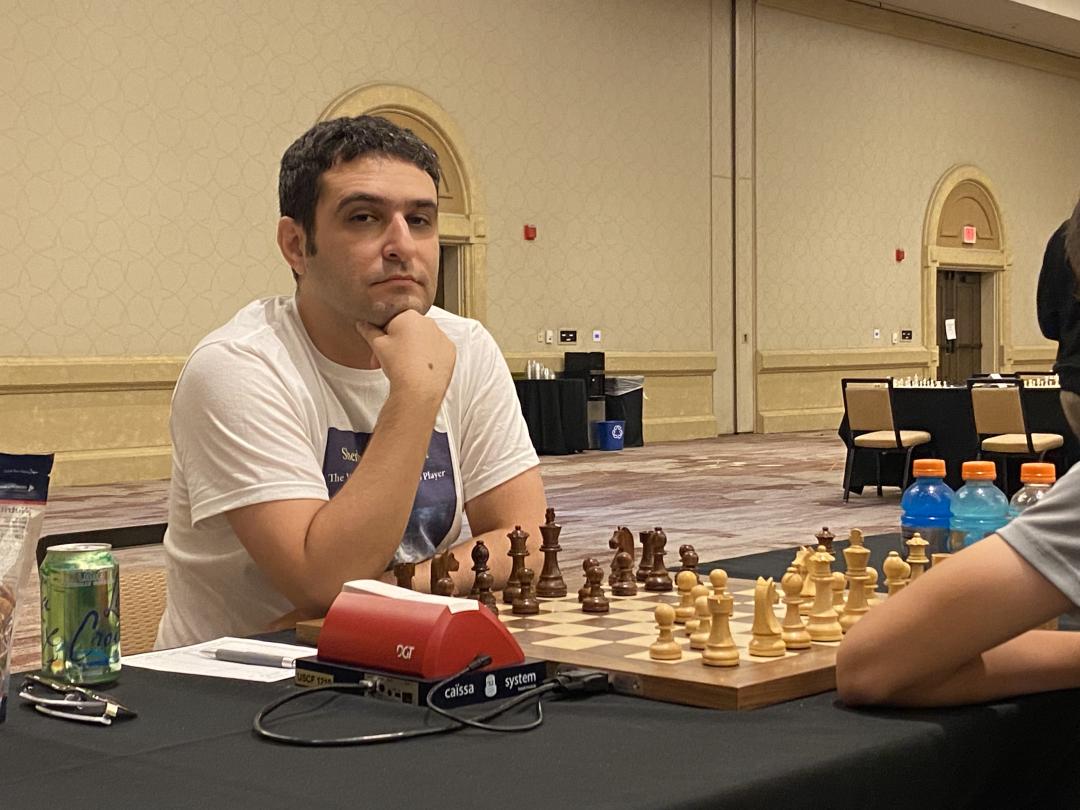 Three players trail the lone GM by a half-point, including Utah’s Bryon Doyle, Californian Austin Mei, and Indiana’s Jim Dean. Dean won a smooth Caro-Kann where he showed his experience in fixed pawn structures, using his control of the d4 square to dominate the d-file and grind down his Expert opponent without having to navigate much counterplay.

While all the top names remain unblemished in the six-day, the competitive nature of the games cannot be understated. In round two, the top boards followed a consistent pattern of the higher-rated player cruising with white but facing serious resistance as black.

GM Daniel Naroditsky deployed an aggressive King’s Indian set-up against Ahmet Shapiro-Erciyas’s London, quickly busting open the white kingside with a promising initiative. But the Expert from Minnesota fought back valiantly, diffusing Black’s attack and navigating through their exposed kingside in the middle-game into a drawn endgame, forcing the GM to show off some excellent calculation and technique. 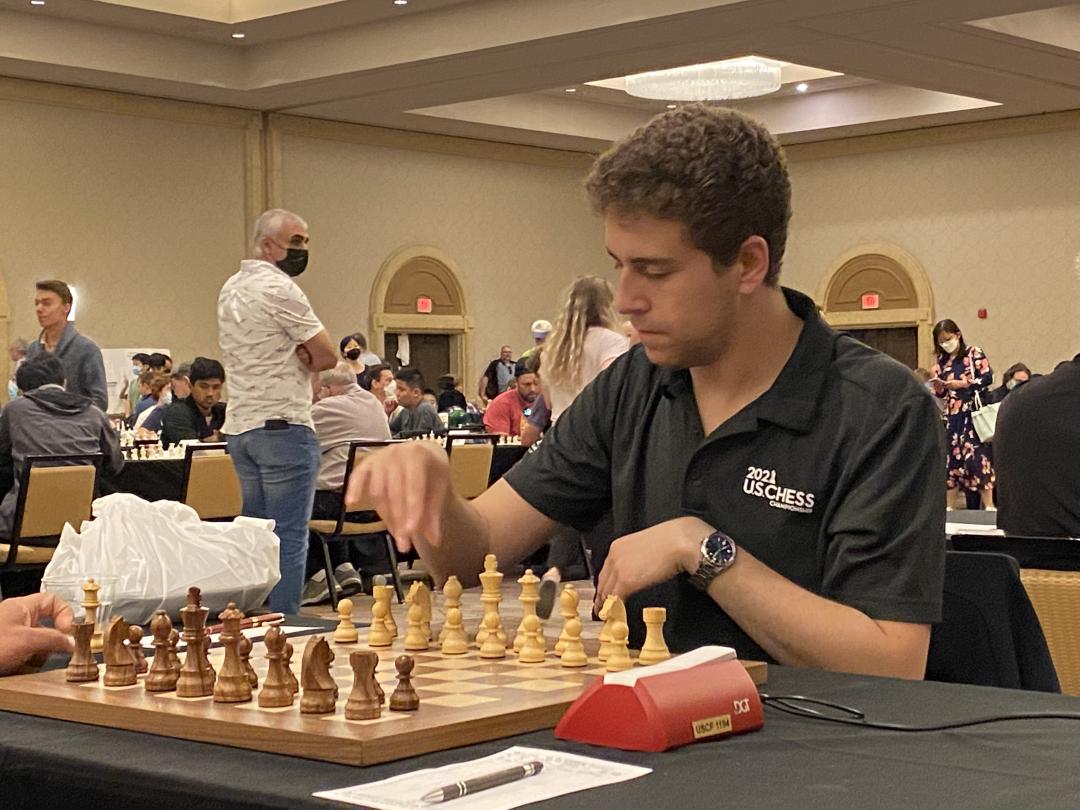 While GM Alexander Shabalov did not face nearly as much of a scare in his game, there was an instructive moment where his opponent could have kept pushing in a Sicilian where black got less than nothing out of the opening. 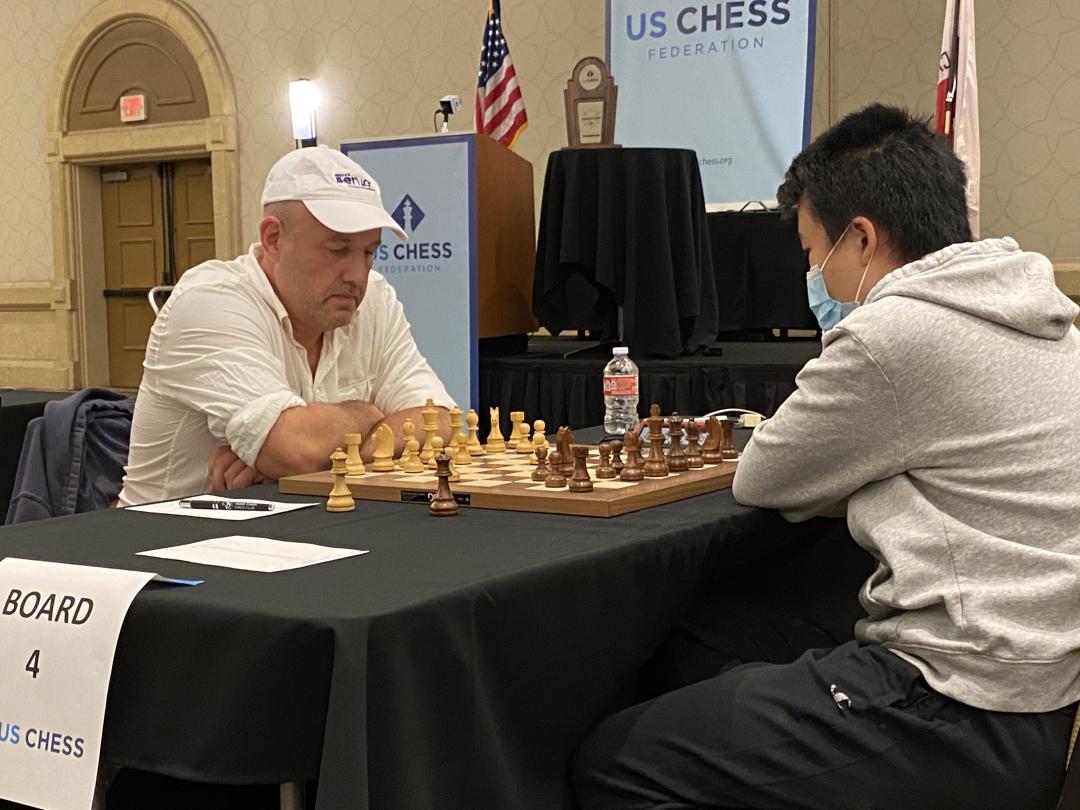 13 players remain perfect after the third round, including National Open winner IM Semen Khanin, who played a spirited modern Italian as black to create incredible complications against his opponent's king:

The four-day schedule is unique in that the first six games are played at an accelerated time control of G/60 with a five-second delay. National tournament fixtures such as GMs Illia Nyzhnyk and Varuzhan Akobian will join alongside familiar names from scholastic invitationals past and present including GMs Andrew Hong and Brandon Jacobson. 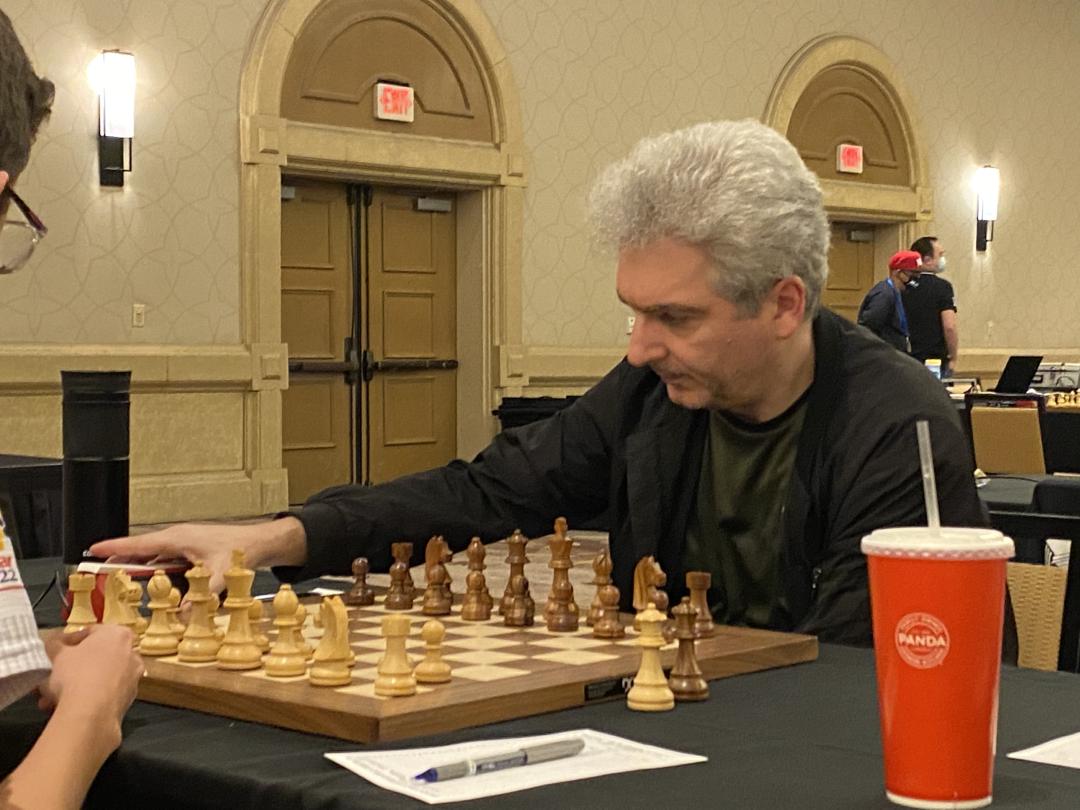 The U.S. G/15 Championship finished with a surprise name at the top after five rounds of speedy play. Stephen Willy, rated 1978 from Washington, finished ahead of with 4½/5, ahead of IM Ronald Burnett and three other 2200+ players.

The US Chess executive board meets for its closed and open sections this morning. Committee meetings continue with the Women’s, Senior, Nominations, FIDE Events, and Development groups all meeting throughout the day.