Best of US Chess 2016 #9: Daniel Lucas on the World Championship 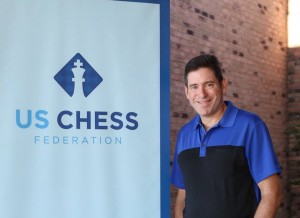 Photo: Anne Buskirk
The #9 article in Best of US Chess 2016 is World Championship: Editor’s Notebook by Daniel Lucas. Judges praised Daniel's well-researched article, describing the fascinating historical backdrop of the match. Mentioned many times on media day is that this is the youngest championship ever, with the players’ combined ages adding up to 51 (Steinitz-Zukertort combined ages: 92; Kasparov-Anand 1995 combined ages: 57). Magnus is 25 (turning 26 on the last scheduled match day) and Sergey is 26. Since they are so young it hasn’t been so long since they made their first appearances in Chess Life magazine. In the May 2004 issue, FM Aviv Friedman, reporting from Wijk aan Zee, wrote, 'If there was a prize for the player who left the best impression in the festival, it would go with overwhelming consensus to 13-year-old IM Magnus Carlsen. I saw him two year ago in Oslo–a small, unassuming kid who as I was told by friends was taking chess very seriously, attending GM Simen Agdestein’s chess school and is considered a great promise. Since then he got his IM title, became known in the chess circuits, got sponsorship from Microsoft Norway. During Corus he was in the midst of a sabbatical year (with his entire family) in pursuit of playing in as many strong chess events as he could. His performance and level in Wijk aan Zee were nothing short of amazing. Like a hot fire in a thorn field the young Norwegian scorched through his field in the GM C group mercilessly. Projecting the calm of an experienced player, innocent-looking Magnus collected point after point winning nine games and losing only one.'" 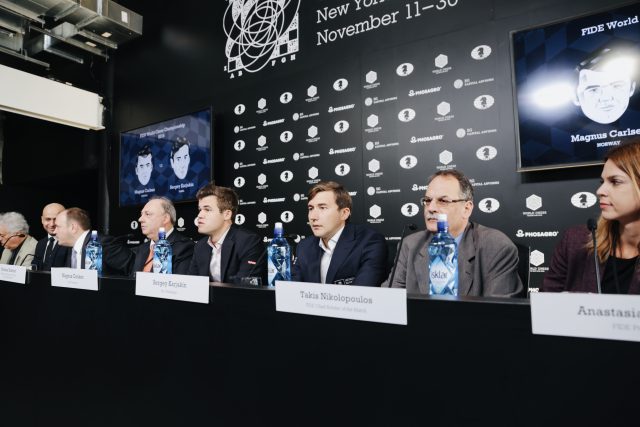 Photo: Daniel Lucas
Daniel Lucas has been the Director of Publications for US Chess and the Editor of Chess Life Magazine since 2005.

"The editor of Chess Life sets the scene for the World Championship match in Manhattan. He points out the venue: a former Fish Market, today filled with few fish ('chessically').  He introduces the combatants by referring to past issues of Chess Life to underscore the talent that both showed as 13 and 14-year-olds.  While many consider chess merely as a game or hobby, this writer connects the dots between the real world Presidential election and the opening essayed by the World Champion in the first game. Maybe Bobby Fischer was right when he spoke those words: 'Chess is life.'"

"This article is thoughtfully researched and is packed with history, factual tidbits and humor throughout.  It is obvious that Daniel Lucas is a seasoned journalist.   The article grabbed me from the start with the unexpected background on the World Championship Seaport location. I especially like how Dan weaved in the Presidential Election adding a point of reference in history. It was also fascinating to get a peak in history and read Jennifer Shahade’s quote about Sergei as a 14-year-old up and comer."