Best of US Chess 2016 #1: Kostya Kavutskiy on His Chess Eurotrip 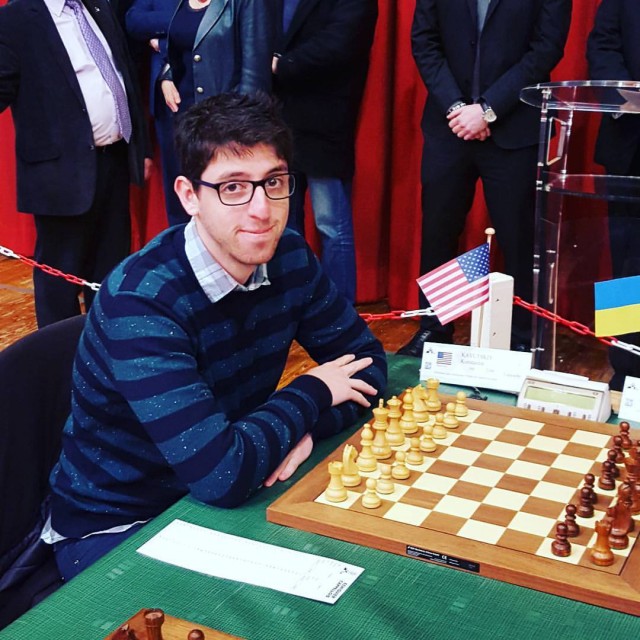 The #1 article in Best of US Chess 2016 is Kostya's Chess Eurotrip: Two Months, Four Tourneys, Six Cities and 38 Games of Chess: Part 1 and Part 2 by Kostya Kavutskiy. Judges praised Kostya's storytelling ability, transforming his personal experiences and lessons into relatable, instructive, and inspirational insights for any reader. “If I don’t get my last norm on this trip it will be nothing but an utter failure,” I joked, half-seriously, to my roommate and travel partner, Tom Riccardi. “Okay just kidding–the experience will be totally worth it, of course, no matter how I do,” I added, wisely lowering the expectations. I often lecture about the importance of not pinning your happiness to your results, to aim to enjoy the moment and the process and to be satisfied with trying your best. My two-month trip to Europe, somewhat unfortunately, gave me the golden opportunity to practice what I preach. I only had one real goal, to earn my third and final IM norm, and four tries to make it happen. The trip came about spontaneously. Despite playing alongside each other in a few national championships when we were much younger and much less aware of the infinite stresses of chess, Tom and I never actually met or spoke until about a year ago, when we ran into each other at a blitz tournament held at the historic Mechanics Chess Club in San Francisco. A few weeks later Tom messaged me and we started studying together. He was planning to go to dental school in Fall of 2016 and wanted to play as much chess as possible before then, to see how far he could go. Thus he wanted to travel, perhaps to Europe, and play in a series of high-level chess tournaments. And me, pining to play in Europe for a few years now, finally felt confident enough to make the jump; so we started planning the trip last summer. As luck would have it, we were also both seeking a place to live in Santa Clara County (aka the South Bay), and so we moved in together in Mountain View and setup a permanent chessboard in our living room. We quickly figured out that the marquee tournaments were the Gibraltar Chess Festival at the end of January and the Reykjavik Open in March. Searching for events in between, we eventually stumbled upon two tournaments in France: the Cappelle-la-Grande Open and the Cannes Chess Festival, both expected to have quite a strong turnout. Much to our surprise, however, by October of 2015 the Gibraltar Open was already full! They reached their cap of about 250 players and had quite a few on the waitlist as well. So we planned our trip to start in Cappelle and finish in Reyjkavik. Then, at the beginning of January earlier this year, with our flights already booked, I got an email from GM Stuart Conquest, the director of the Gibraltar Chess Festival, who asked if I could still make the tournament, as a spot had opened up. I forwarded the email to Tom, adding a four-letter expletive in all-caps. I had already prepared, mentally, emotionally, and financially to start the trip in France. It would be such a burden to change everything around and prepare myself to actually make it and play Gibraltar. But passing up the opportunity to play in Gibraltar was simply not an option; it felt a bit like destiny, honestly speaking. So I hustled and altered my travel plans, booked a new flight and an Airbnb in Gibraltar and Paris, where I would stay for a week and meet up with Tom before heading north to Cappelle-la-Grande. Finally the dream trip was set, and I couldn’t have been more excited. I had no reason not to be confident, I had spent the last six months really training seriously and my previous tournament, the 2015 North American Open, earned me my second IM norm. But I was also scared, genuinely, of failing. I went back and forth, from confidence to fear. Eventually I landed upon the philosophy that since my eventual goal is to become a Grandmaster anyway, then while getting the final IM norm would be wonderful and amazing and deeply fulfilling, it was just a step of a much longer journey, so it wouldn’t matter all that much in the long run if/when I achieved this goal. With my mind and spirit at ease, I embarked on my journey. 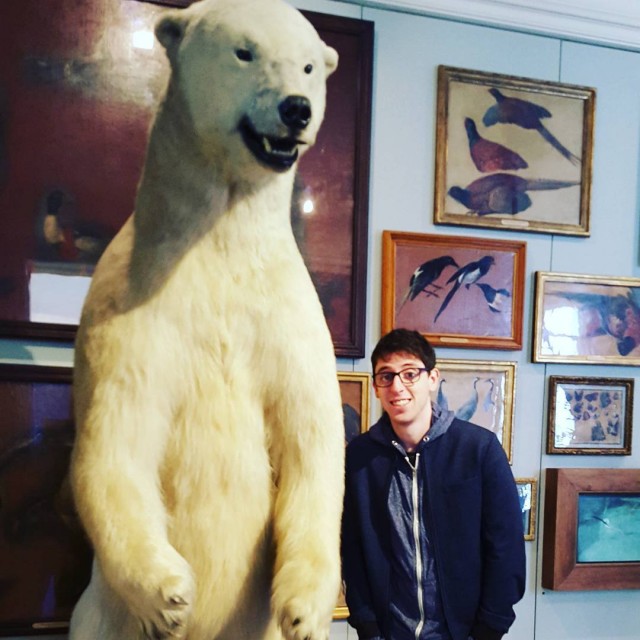 Me and my spirit animal, the forlorn polar bear

Kostya Kavutskiy is a professional chess author, player, and coach currently residing in Mountain View, CA. He successfully completed his quest to earn his final IM Norm at the 2016 CCSCSL Autumn Invitational.

Kostya is a frequent contributor to US Chess, and his articles have ranked in the Best of US Chess top 10 several times:

In addition, he was one of our judges for the 2015 competition. His first book, Modernized: The Open Sicilian, was published in February 2015. You can follow him on Twitter: @hellokostya

"This is my #1 story of 2016.  Despite failing to achieve his primary chess goal, the author graciously shares his travel experiences in Europe, both on and off the board. He objectively analyzes the highs and lows, inserting self criticism when deserved. The two articles combined are a long read (especially if you play through the games), but lessons to be learned are aplenty.

Favorite quote: 'There were some pretty heavy downs, but I tried to remind myself that this was what I signed up for—the experience to play chess all over the world, win, lose, or draw.'  What a dream!  Also check out the twin tactical victories by IM Marc Esserman and NM Thomas Riccardi, who independently essayed the same novelty 8… h5 and 10… b5 in the same side variation of the 2… e6 Sicilian at the same tournament."

"Inspirational. Instructive. Entertaining. What more can I say? Kostya’s writing style brings every moment to life. Not only does Kostya provide extensively detailed insights into a number of games, but he also shares the many eventful experiences that took place off the board. The bit about Riccardi and Esserman unknowingly producing the same opening novelty was absolutely golden. Kostya’s piece actually inspired me to take a (slightly less epic) chess/Europe trip of my own last summer.

It’s very easy to relate to the ups, downs, and stresses of chess that Kostya describes. The roller coaster of emotions can be difficult to deal with, but Kostya does a great job on reflecting and pulling out the many valuable lessons. I’m looking forward to the future pieces Kostya will produce. Perhaps an Asia trip on the horizon?"

"Let’s take a chess road trip and there is no better guide than Kostya Kavutskiy! His chess compass took him to some of the most prestigious Open tournaments of 2016. He is candid about those good moments when everything is going well and those not so good moments when you miss a critical move. Lots of great chess analysis, solid chess annotations and ideas on opening preparation! Don’t miss the polar bear photo – one of my favorites!"

"Kostya’s writing style is relatable, instructive and entertaining.  He has a great way of connecting with his readers.  Kostya openly shares his struggle getting his norms and his fear of failing, providing a very honest and reflective article.  He communicates this struggle with humor and insight making this article my #1 pick.  I felt like I was on this emotional journey with him. A truly great read!"

"These articles were so personal and covered such a huge stretch of time (relatively), but they were informative, as well. The articles make me want to do a giant chess road trip as well!"

#2 - What Is Your Goal in Chess? by Vanessa West (Judging Article)