Best of US Chess 2015: Meet the Judges and Honorable Mentions

In Best of US Chess (formerly Best of CLO), we countdown the top ten uschess.org articles of 2015, some of which you may have missed. We've also transferred this year's nominees from the old website, so you can see them all in a new light. Find last year’s contest results and the winning 2014 article by GM Ben Finegold. Look for the countdown starting tomorrow. And now, meet this year’s panel of esteemed judges! 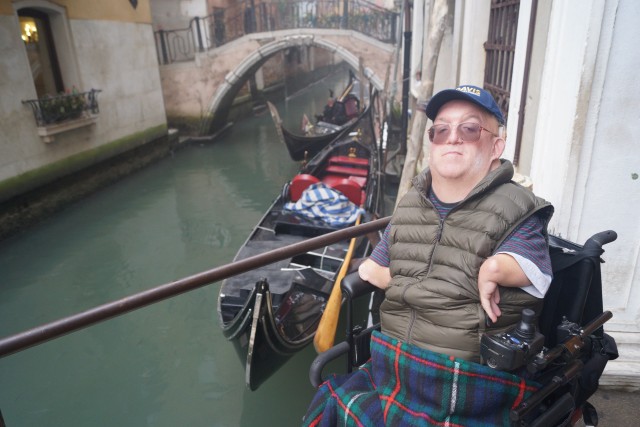 Michael Aigner continues to play tournaments and coach aspiring young stars. He firmly believes that chess teachers should practice what they preach, and refuses to surrender to little munchkins trying to eat his rating points. In that spirit, he aspires to reaching 2300 again after several years closer to 2200. Better known online as fpawn, Michael has judged this contest for several years.  He enjoys the opportunity to read the best articles of the year once again. You can follow him on twitter here: https://twitter.com/fpawn 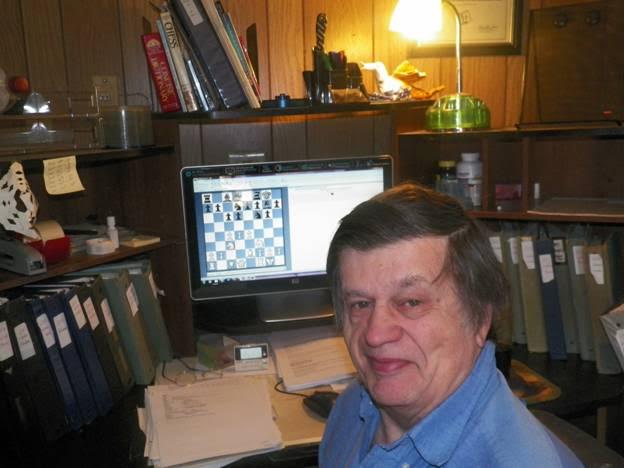 Alex Dunne  is a FIDE Master, US Chess Director of Correspondence Chess, father, husband, writer, and  74. You can find an index of his articles on correspondence chess here, as well as his latest, a December 2015 column with a panoply of miniatures.  FM Kostya Kavutskiy is an active player, coach, writer, and a former Best of CLO winner. He currently resides in Mountain View, California, and is involved with Metropolitan Chess and Bay Area Chess. Please follow Kostya's Twitter (@hellokostya) and his blog on chess.com: http://www.chess.com/blog/hellokostya. Claudia Munoz is an 18-year old High School Senior with the FIDE title of Woman Candidate Master. In her scholastic chess career she has represented the United States in eight countries in Latin America, Europe, Middle East and Southwest Asia. Claudia won the first ever U.S. Girls Closed Championship in 2014. She will be joining the Texas Tech University Chess team this fall. Her website is www.claudiamunoz.com which has over 2.7 million hits, and you can follow her on Facebook at www.facebook.com/chesscampeona and on Twitter @chesscampeona 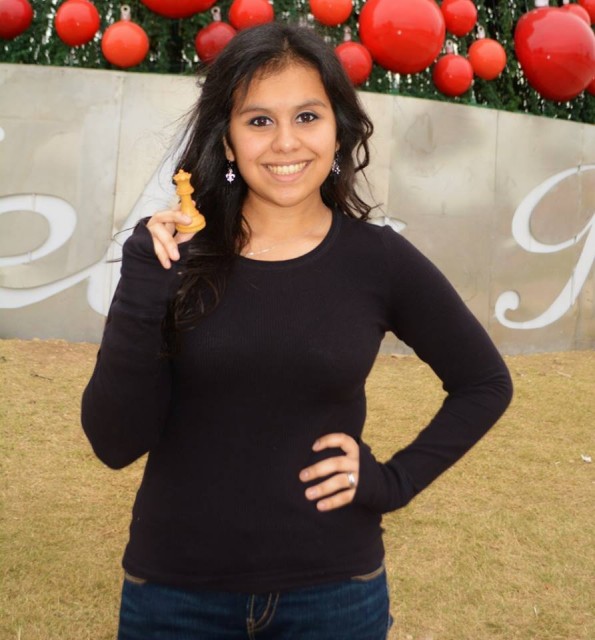 Kele Perkins is a former Class A player and a tournament director for the Whittier Chess Club who has organized more than 100 free rated chess tournaments.  Since 2014, he has been the Chief TD for the ChessKid Online National Invitational Championships, which is the only USCF-approved online national championship. Both of his children play chess.  His son Joaquin has won several national scholastic championships.
Kele teaches AP US Government, AP Macroeconomics, and AP Psychology at Whittier High School, and is a part-time instructor in Philosophy at Long Beach City College.  He also has an interest in music, and some of his own music is available on iTunes. 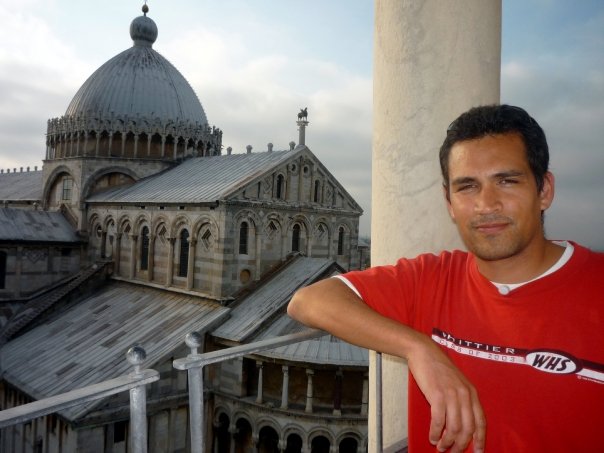 Jennifer Vallens is a chess mom who founded the OFF da ROOK chess newsletter in 2013.  She organizes OFF da ROOK scholastic chess events and teaches beginning chess in several elementary schools in the outer Los Angeles area. This past year Jennifer has partnered with chess grandmaster Timur Gareyev in his quest to break the world record for blindfold chess.  For more information on OFF da ROOK events and to sign up for her newsletter, please visit www.offdarook.com.  For more information on Timur Gareyev and his upcoming blindfold chess adventures or to book an event in your city, visit www.blindfoldking.com. 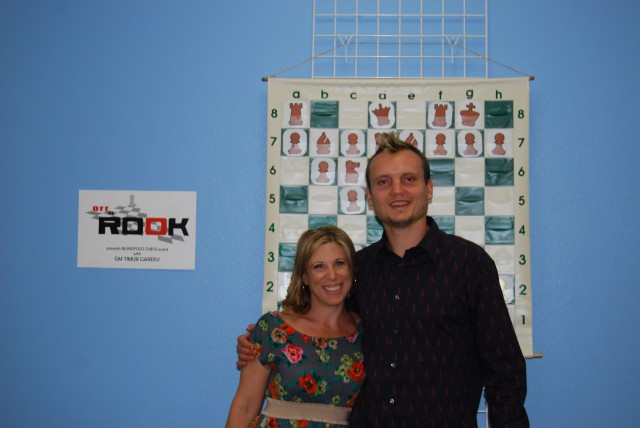 Honorable Mentions A few articles finished just a point or two shy from this year’s top ten include:  Acrobats & Pandas: Alisa’s World Team Photo Tour by FM Alisa Melekhina Melekhina's prose that effectively communicates a sense of the struggle that characterizes our team's experience getting through a tough event- Kele Perkins While so much attention is placed on the U.S. overall team, one can easily forget that women’s team tournaments are just as intense and competitively intriguing. Alisa provides good insight into what it’s like to compete as a team in a foreign location; a solid and important article. Great photos too!- Kostya Kavutskiy 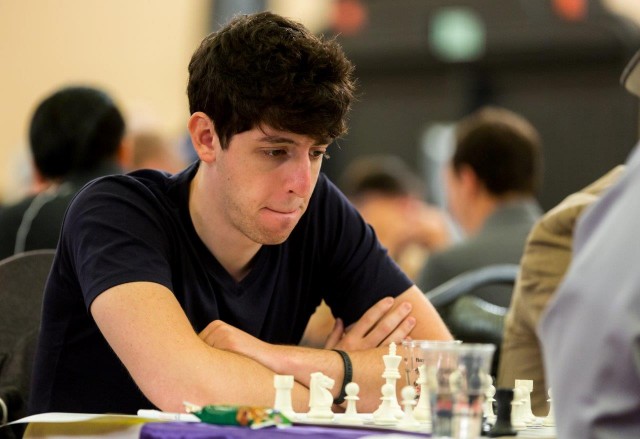 Photo Tim Hanks
Secrets of a Blindfolded Grandmaster Vagabond by GM Timur Gareyev US Chess has previously reported on the blindfold exploits by GM Timur Gareyev.  In this story, the Grandmaster addressed one motivation for blindfold chess (to travel) and offered suggestions for how to improve (start by learning harmonious breathing). Could blindfold chess be the key to reach master level and beyond?- Michael Aigner An interesting piece from one of the most unique personalities in chess.    - Kele Perkins Inspired Chess in Vegas By Vanessa West  Lots of nice games, photos, and quotes from the players. It’s tough to cover a huge event like the Vegas Chess Festival so succinctly. Overall a great tournament report.-Kostya Kavutskiy Grandmaster Benko Revisits Waterloo by GM Pal Benko  One of the most enjoyable articles of the year for me.  The author achieves a rare blend of history and chess- Kele Perkins
SHARE: