Best of CLO #1 is Finegold's Chess Resolutions by GM Ben Finegold. "Extremely fluid and conversational, when Ben talks/writes about chess, it is a constant reminder that we play this game to have fun", says judge and 2014 Journalist of the Year Brian Jerauld. 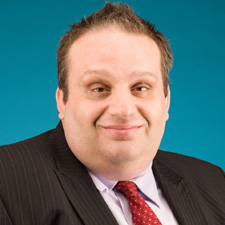 Finegold's resolutions included "not getting into time trouble" and "playing the same regardless of his opponent's rating." Almost everyone I know plays quickly and expects to win against lower rated opposition, but plays a different game against higher rated opponents.  One of my favorite players, GM Vladimir Tukmakov, was playing in the Canadian Open the same year as me (we played, but I ‘forgot' the result) and he played and looked the same against 1600s as he did vs. 2600s.

More thoughts from the judges: In his characteristic witty tone, GM Finegold shares 5 chess resolutions for 2015. No doubt the author experienced all 5 maxims himself, either as a player or a coach. Indeed, he annotates three examples from his personal games, calmly sharing out his own shortcomings. Hopefully a few motivated CLO readers will put these resolutions to good use -Michael "f-pawn" Aigner Ben hits the nail on the head with the many bad habits of chess players.  His article is topical and relevant.  The New Year is a great time to assess past behaviors and look to improve with better playing habits.- Jennifer Vallens GM Ben Finegold also reported on the 2014 World Youth in South Africa for CLO. Finegold is currently the GM-in-residence at the Charlotte Chess Center . Congratulations to GM Finegold, and take this as a sign that it's not too late for a Better Chess You in 2015. Find out more about the Best of CLO judges here. Best of CLO 2014 Countdown #1-Finegold's Chess Resolutions by GM Ben Finegold #2-Shankland on Brazil: Focused on the Knockout by GM Sam Shankland #3-The Million Dollar Training by GM Cristian Chirila  #4-Carlsen on Sochi Win by Leonxto Garcia    #5- How to Spot Talent by IM Greg Shahade   #6- Legal Moves: Melekhina on Chess & Law School by FM Alisa Melekhina   #7-Krush on Orlando: What it Takes to Be a Champion by GM Irina Krush  #8- Kazim's Back: Gulamali on Taking Down Vegas by CLO editor Jen Shahade #9- Kostya on Norm #1: Staying Present by Kostya Kavutskiy. #10- An Interview with the Ubiquituous Claudia Munoz by Alan Rodenstein
SHARE: