Battle for the West was a Battle of the Bay 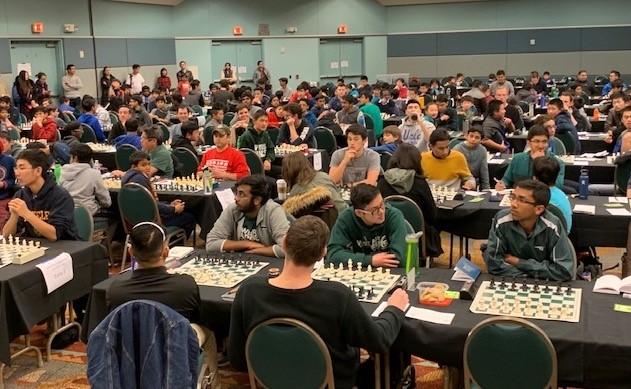 Over 60 teams completed in the 2019 US Amateur Team West Championship in Santa Clara, CA 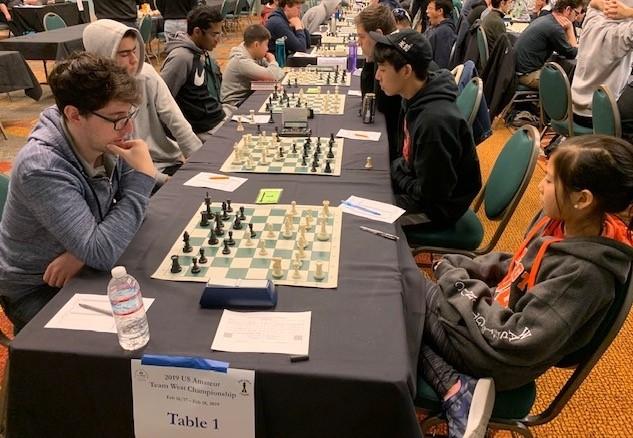 Round 5 match between BCS Wu Hoo! Against BAC-1 team 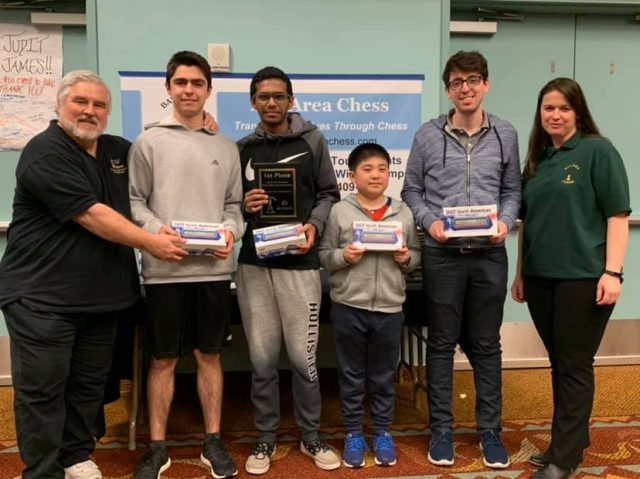 The final First and Second place teams battled in Round 5 and played to a 2-2 draw. FM Taghizadeh had this nice win against NM Wu on Board 2:

Going into the final Round 4, four teams were tied at 4.5/5.0: BAC-1, BCS Wu Hoo!, BCS Knight Kings and @Muru.The.Guru. BAC-1 team faced another team from Berkeley Chess School, the BCS Knight Kings with another balanced line-up of players. BAC-1 Captain IM Kostya Kavutskiy showed what professionalism and leadership means, overcoming a round 1 upset loss to Shaashwath Sivakumar (1956) to roll on to 5 straight victories in Rounds 2-6. His final round win against FM Ezra Chambers helped seal the victory, while other team members scored 1.5 points. In the final round, BAC-1 defeated BCS Knight Kings 2.5-1.5 and BCS Wu-Hoo! Defeated @muru.the.guru 2.5-1.5 to both finish in a tie for first, with BAC-1 taking the championship on tiebreaks. BAC-1 will now move on to play in the national championship. Team Captain IM Kostya Kavutskiy has now gone back to back with USATW victories, after his San Jose Hackers were awarded the championship title in 2018 after an ethics investigation. In the rest of the field, best under 2000 were the youngsters from Hopkins School, the Hopkins Hawks – X Factor. Along the other team members, Maurya Palusa scored important points finishing 4.5/6 on Board 2 for them. An up and rising new chess club, Bright Chess fielding many teams with great talents, their Bright Chess 2 team won the under 1800 category. Also winning the under 1600, under 1400 and under1200 categories were Check and Checkmate, Fallon Mustangs, and EVHS and Studygascar chess teams, respectively. Special categories of Elementary School team went to the Fort Knights and of High School team to @Muru.The.Guru while Top Club category went to BCS Knight Kings and Top College category was awarded to the Unusual Children’s Book, one of the 4 UC Berkeley teams participating at the 2019 USATW. Congratulations to all the teams that participated, and good luck to the Champions of the West as they look to bring the national championship title to the Bay Area. The event was a great success,  and was organized by Bay Area Chess, led by 2017 Organizer of the Year Dr. Judit Sztaray, and a top class TD staff that included 2016 TD of the Year NTD/IA Tom Langland and NTD/FA John Mccumiskey. Final results for the entire event can be found by following this link. Check out photos on Facebook here.
SHARE: